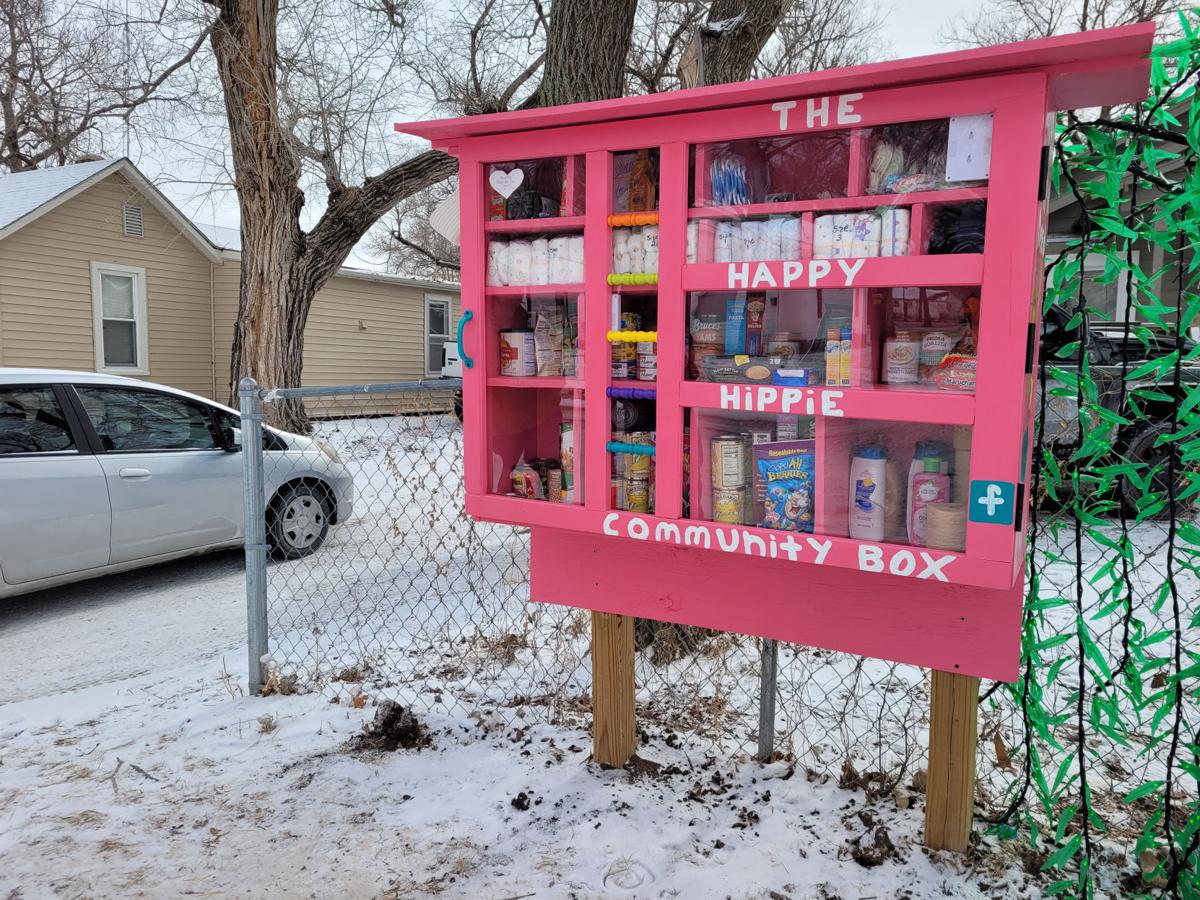 A new free community food pantry has gone up at 223 W. 17th St. in Junction City. 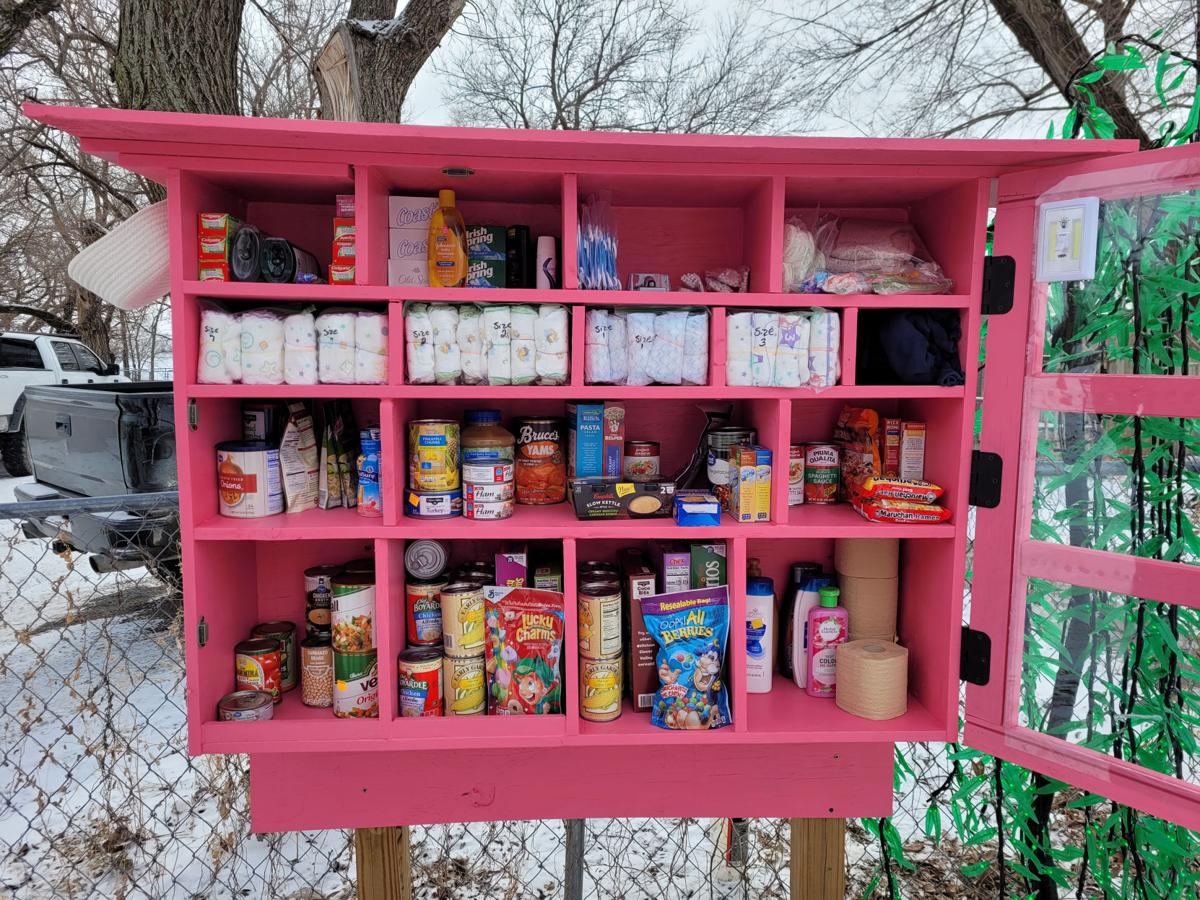 A free food pantry at 223 W. 17th St. is packed with non-perishable goods, diapers, hygiene supplies and other essentials.

A new free community food pantry has gone up at 223 W. 17th St. in Junction City.

A free food pantry at 223 W. 17th St. is packed with non-perishable goods, diapers, hygiene supplies and other essentials.

As one of those families who lost income due to the pandemic, they found themselves coming up short on their grocery budget. They were hardly alone in this. Thanks to a blessings box at 639 W. Eighth St., they didn’t have to go hungry.

Ponder said the blessings box kept them in macaroni and cheese and hygiene supplies when they couldn’t afford to go out and buy such essentials for themselves.

Now, their luck has rebounded and they have decided to return the favor.

The Ponders have put up a blessings box of their own — labeled the “happy hippie community box” — at 223 W. 17th St. The box took them several months to make. Ponder, Phil Kitchens and other family members crafted it using a discarded screen door someone dumped in an alley and discount pink paint from Walmart.

“I wanted to make it bright and cheery,” Ponder said. “I don’t want it to be like one of those ‘take if you need and then leave something.’ If someone has nothing to give, but they need it all, they should be able to take it all.”

The box accepts donations from anyone who cares to help out. People can just leave their donations of nonperishable food items, diapers and hygiene supplies in the box at will. As long as items are safe in freezing weather, they can be left in the box. People are welcome to donate baby formula, but are asked not to leave it in the box when it’s below freezing because baby formula does not mix properly with water when it has been frozen.

Dorothy Stewart of Dorothy’s Pet Shop is taking donations at her shop on Sixth Street, according to Ponder.

The box has received a few donations from interested community members already.

However, the family has donated a lot of the supplies out of their own pockets.

Ponder’s children donated a large portion of their Christmas money to the box, only receiving one large present each this year as opposed to the bigger haul they’d normally bring in.

“They’re happy with it,” she said.

She recounted her son’s excitement over a large donation he found in the box of deodorant and macaroni and cheese.

Ponder and her family have gone all-out for their box, decorating it to make it more welcoming and finding ways to light it up on dark nights. Ponder even made an organization corner in her residence to store goods purchased on sale and using coupons to supply the box when it runs short on something. They’re constantly looking for good deals on necessities to add to the box.

“We have stuffed this probably four times completely,” she said. “I’ve seen a lot of comments where people were like, “I hope people don’t take advantage of it and take too much.” But we’ve counted (more than) 40 people coming and getting (supplies).”

The family does not intend to spy on the people who use the box, but they have installed trail cameras to prevent vandalism. They family had heard of several incidents where the blessings box they utilized during the pandemic was vandalized and they don’t want that to happen to the project they have worked so hard to make a reality.

The family hopes to keep the box going strong with community help and their own contributions as often as possible. This summer, they hope to have fresh vegetables and even plant donations from Thomas’ Mini Farm.

“We just want people to feel invited,” she said.