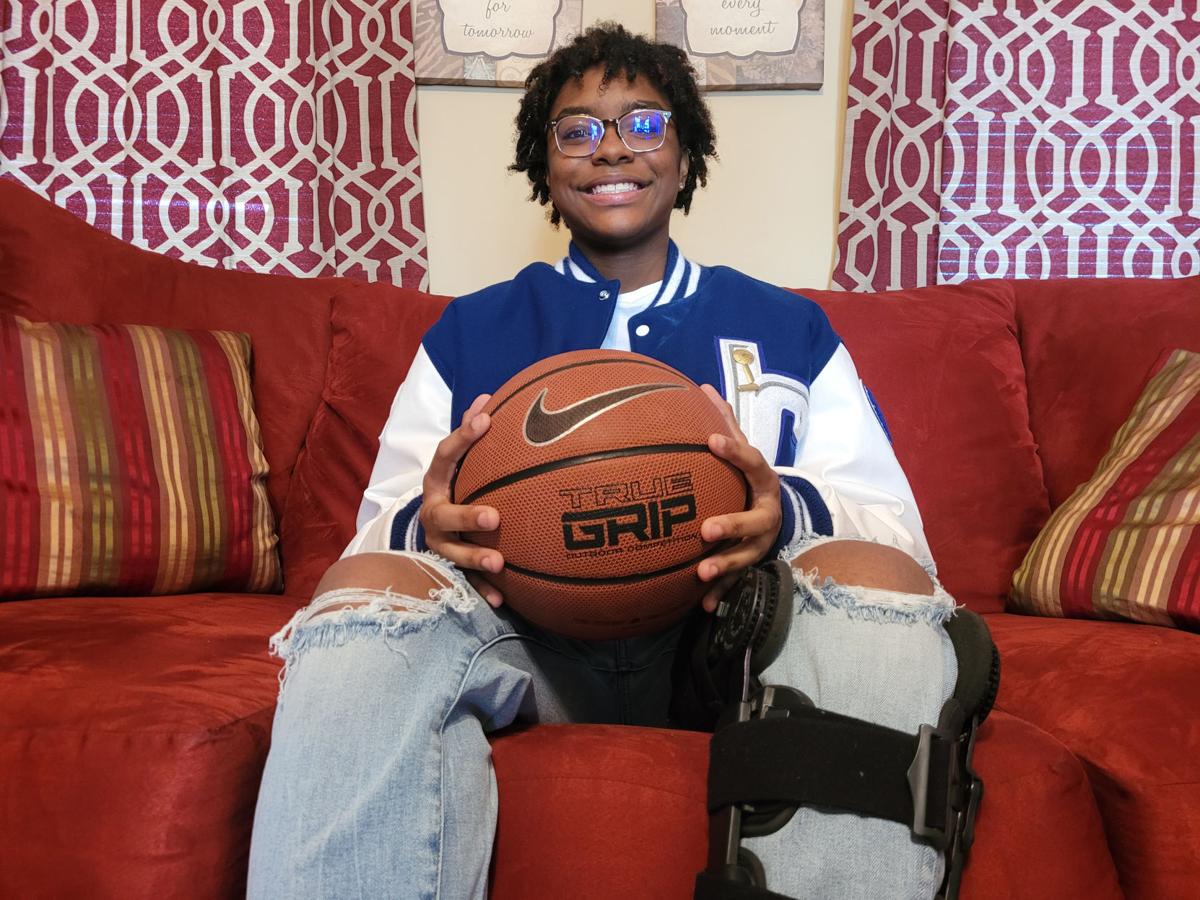 JCHS Senior Andrea Davis bounced back after back surgery her freshman year to play for the Lady Blue Jays basketball team. Now, after being sidelined by a knee injury, she plans to recover again and play basketball in college. 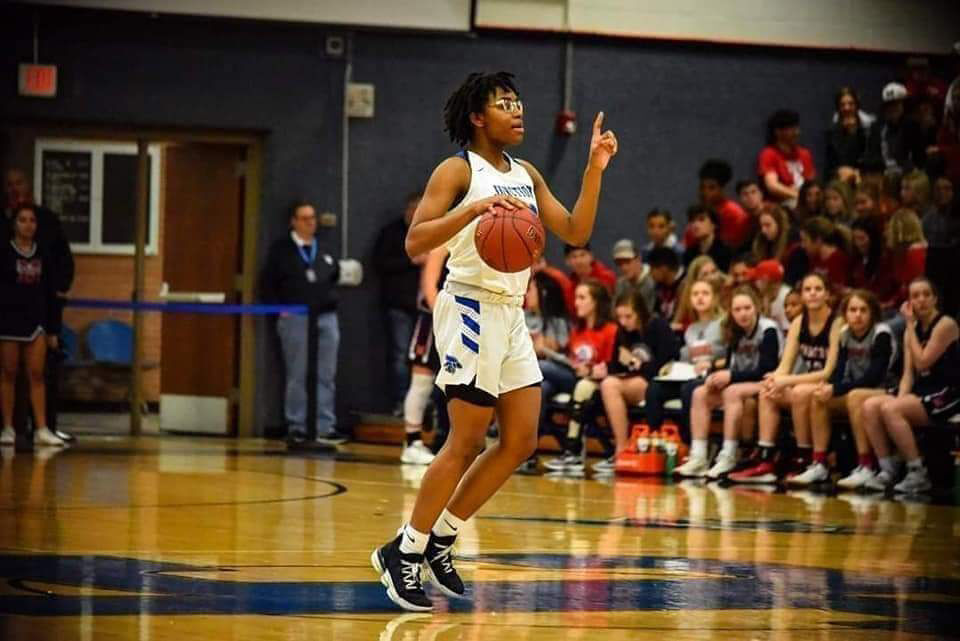 Andrea Davis, now a senior at JCHS, dribbles the ball down the court during a game. 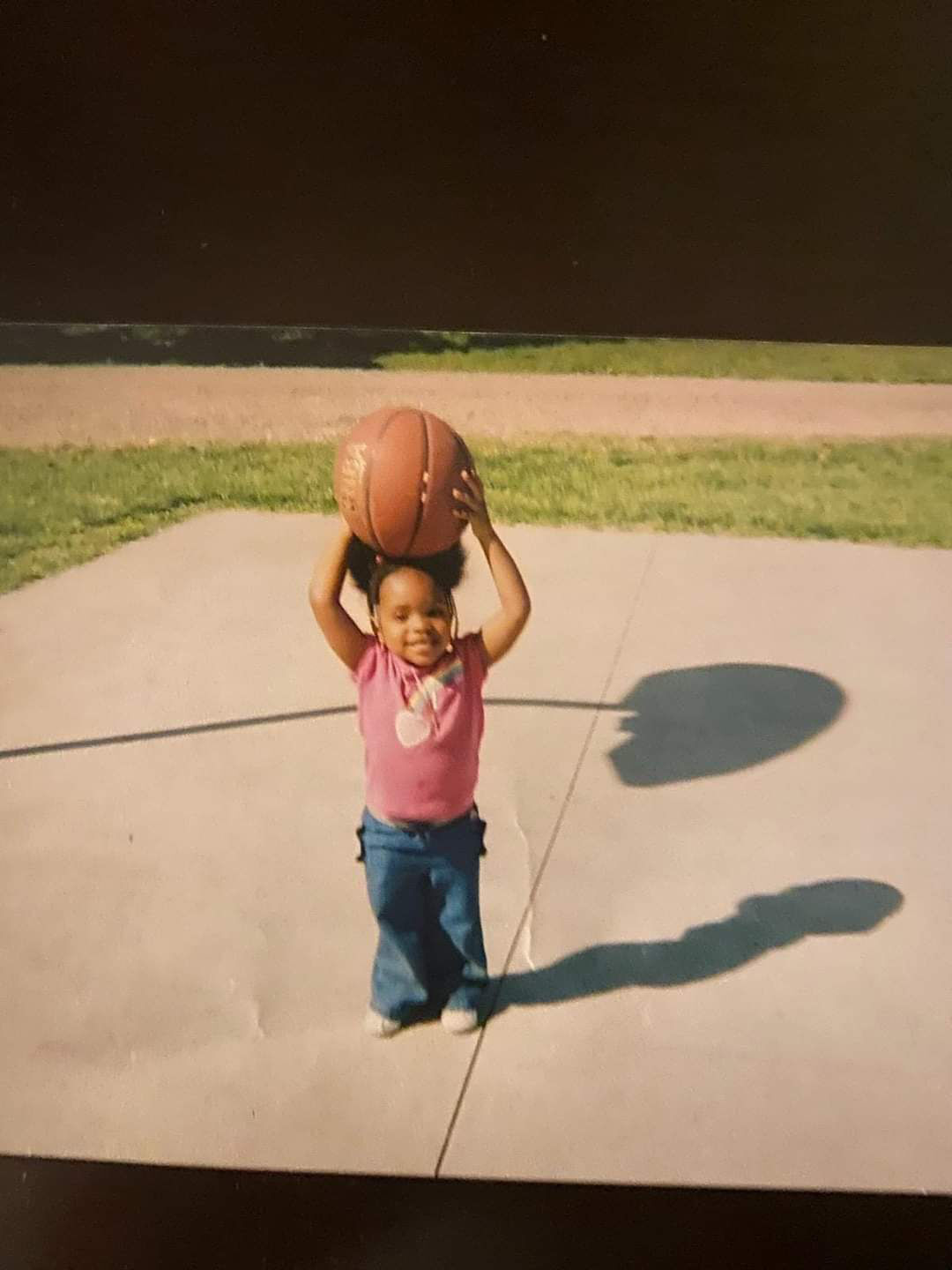 Andrea Davis first held a basketball at the age of 3. Now a senior at JCHS, Davis still loves the game.

JCHS Senior Andrea Davis bounced back after back surgery her freshman year to play for the Lady Blue Jays basketball team. Now, after being sidelined by a knee injury, she plans to recover again and play basketball in college.

Andrea Davis, now a senior at JCHS, dribbles the ball down the court during a game.

Andrea Davis first held a basketball at the age of 3. Now a senior at JCHS, Davis still loves the game.

Senior Andrea Davis’ basketball dreams were temporarily sidelined her freshman year at Junction City High School when she learned she would need to have back surgery to correct scoliosis.

It was a heartbreaking and frightening experience.

Davis learned she would need the operation after a physical.

“I was kind of lopsided a little bit and I didn’t think anything of it,” Davis said.

The doctor ordered an x-ray. Davis and her parents were referred to Children’s Mercy of Kansas City where doctors determined she needed surgery to correct the curve of her spine.

“I was nervous because I had never really had a surgery before,” Davis said. “I was kind of scared. It was like a lot of emotions hit me at once, because I wanted to play. That was the only thing that I was thinking about was basketball. I wasn’t thinking about the school I was missing — I didn’t care about that part. I just wanted to play. And after he told me that I was going to need surgery and he walked out, I started crying. Because it’s like — basketball is like — it’s everything to me and him telling me that I wouldn’t be able to play broke my heart.”

The operation kept her off the court for the entirety of what should have been her first high school season.

Davis still recalls the days after the operation. She spent four days in the hospital, after a roughly seven hour stint on the operating table. When she arrived back home in Junction City, she couldn’t sit and she was not supposed to bend. Even after she returned to classes, Davis underwent “extensive” physical therapy, spending every day after school at her physical therapist’s office. There was pain, especially when she moved too fast or making a wrong turn, but she dealt with it the way she always does — by powering through it, Davis said.

“I think I just know when my body is ready to do the things that I’m doing,” Davis said. “You never really know that you can do something until you try and I just kept pushing myself to do it. It might have hurt — I can’t really remember, it was forever ago.”

All this did not keep her away from the hoop.

“Not too long after surgery — a couple months — I started playing basketball outside of the house,” Davis said. “Just light. And then I started feeling better, being more mobile, more flexible and I started playing again. I wasn’t really supposed to, but I did it anyway, because I knew that that’s what I wanted to do was play my sophomore year.”

Davis’ goal was to play on the varsity team at JCHS — which she did her sophomore year.

It took her a full year after surgery to bounce back 100 percent from her operation.

Coming back to her team, Davis said she worried she wouldn’t be court-ready. This mental challenge was her biggest barrier in returning to basketball.

Playing eased Davis’ anxiety and as her self-doubt ebbed, everything else improved — from school to practice.

The surgery no longer has an impact on Davis, she said. It improved her posture and her breathing and has not left her with lingering pain. Sometimes, she’ll have a twinge of back pain, but it hasn’t caused any other lingering problems.

“I know it’s there,” she said. “Sometimes I have back problems, but it’s nothing really major.”

Davis has evolved as a player since then. She said Coach Tim Testa helped her along the way, helping her see the value of school as well as that of the sport she loves so much.

“I was not in school — I was there, I was showing up — but I wasn’t really learning anything,” Davis said. “All I wanted to do was go to practice and play the next day. That’s the only thing I cared about. Coach Testa showed me a different way, because the only way that I was going to be able to play basketball at the level that I want to is to get my education first.”

She returned to the court this season and everything was going right — until Jan. 22.

The game was off to a good start, Davis said. She took a shot — a layup — which she made. Davis went to steal the ball from an opposing player, but as she came down her knee buckled outward and then came back in, she said.

She had hoped the injury would be a quick fix — a month’s recovery at most — but after an x-ray and an MRI Davis learned she had fractured her tibia, torn her ACL and sprained her meniscus.

Davis has no desire to undergo another surgery, but she will endure it if she must.

Davis knows she will recover. She bounced back quickly from her back surgery and so she suspects she’ll be back to her usual self within five months.

She won’t take to the court again as a Lady Blue Jay, but she does have a future in basketball.

Davis has every intention of playing basketball on the college level and will make her commitment Feb. 19 at JCHS during senior night.

Just because she’s off the court doesn’t mean she won’t be on the sidelines with her teammates every step of the way, doing her best to lead by example even if she can’t help lead her team to victory.

“Nothing lasts forever,” Davis said. “The pain that I had and experienced with the surgery — all the emotions that I’ve felt. I’m not really one to speak on my emotions — I kind of just keep it in — I don’t really talk about it. But a lot of those things hurt. And life goes on and it’s not really as bad as I make it seem in my own head and I know that it’s bad, but it’s not that bad … The season is not over because I’m still a part of the team and I still have the leadership roles that I have to uphold, because I know that they’re watching me and how my energy is, is going to reflect on how they play. So if I’m not doing what I’m supposed to do on and off the court, then they’re not going to do what they need to do as a team. So I’m there at every game, at every practice. I don’t miss anything and Coach Testa’s been right there the whole time.”

Testa had positive things to say about Davis, as well.

“She’s a very skilled player who has a knack for scoring the ball,” he said. “This year she blossomed as a huge asset to us as a rebounder. She is one of our best shooters. Her spirit and energy helped her develop and has helped our team develop.”

Testa praised Davis’ ability to bounce back after severe setbacks.

“True resiliency and toughness from that kid,” he said. “Always kept her head through it.”