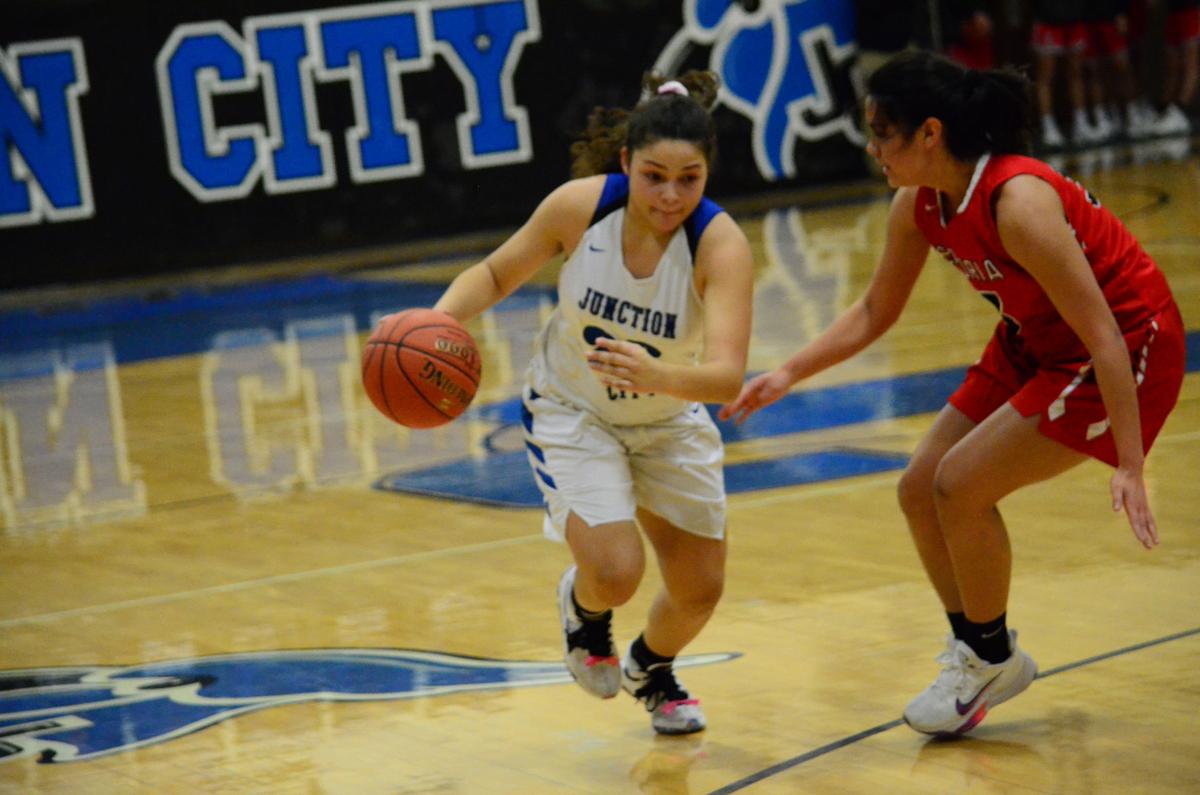 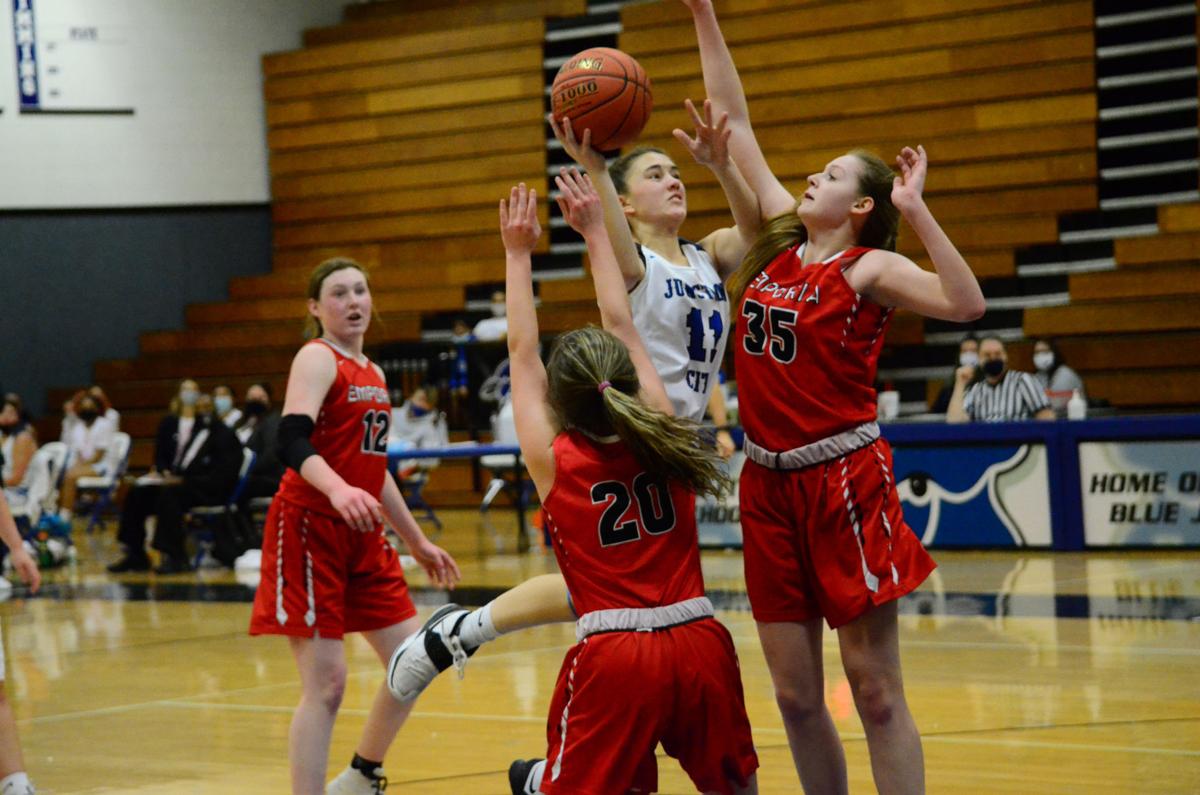 The Junction City girls found themselves outmatched Thursday night after a 62-23 loss at home to Emporia (11-6).

The loss drops the Lady Jays to 6-12 on the season and completes a Spartan sweep after Junction City lost by only 11 to Emporia on Jan. 8.

“We had a couple more players last time that we played them than we did tonight,” head coach Tim Testa said. “That’s certainly not an excuse because I think we weren’t very engaged tonight. That’s what we talked about in the locker room. We have to be engaged all game.”

The Lady Jays trailed for nearly the entirety of the game after the Spartans took an early 9-0 run in the first quarter after Junction City tied the game at two. From there, Emporia’s talented guard/forward combo of Gracie Gilpin and Rebecca Snyder stretched that lead into a blowout.

“They found our weakness in the post defensively tonight and exploited it,” Testa said. “They kept throwing it to Snyder in the post and she was fantastic. We talked about her in the scouting report and said that she wants to go left and every time she went left tonight she scored. And then I think Gilpin is one of the best players in the league and she probably won’t get the recognition she deserves. Emporia had the two best players on the court tonight and it was very evident.”

A bright spot for the Blue Jays came in the form of senior guard Lucy Rivera. Rivera battled all evening slicing through the lane and leading Junction City with 13 points.

“She is just as tough as they come,” Testa said. “We think she has a broken pinky on her left hand but she doesn’t want to get it checked out because she doesn’t want to lose games as a senior. She’s just so tough and she can score. She played 32 minutes tonight even though it was a blowout. I told her that I wanted her out there because she only has four, three after tonight, guaranteed games in this uniform and no one deserves to be out there more than her.”

Rivera said that toughness comes from pride and a sense of duty to her teammates. It’s clear that graduation may be the only thing to get the senior off the floor.

“Being a senior, I’ve had to really step up and help lead our team,” Rivera said. “I feel like when I’m out of the game it brings down our energy because I’m a big scorer and I provide a lot of positive energy so it’s hard to step back even if I’m hurt because I don’t want to let my team down and I don’t want to let my coaches down.”

The Lady Jays will have an immediate chance at a get-right-game as Highland Park (a team that Junction City beat by 29 back on Jan. 19) comes to town tonight for Winter Homecoming. A time shake-up will have both games starting 30 minutes later than usual with the girls game tipping off at 6 p.m. There will also only be a boys junior varsity game, no girls or freshmen game.

“I just want to keep playing as well as we have been for the rest of the season,” Rivera said. “I think we’ve already made a pretty big mark just by winning as many games as we’ve won this year. We play Highland Park and I think that’s another game that we could win and then we play (Washburn Rural) and people don’t expect us to win that because they’re a good offensive team but as long as we play our game and bring a lot of energy, I think anything is possible.”