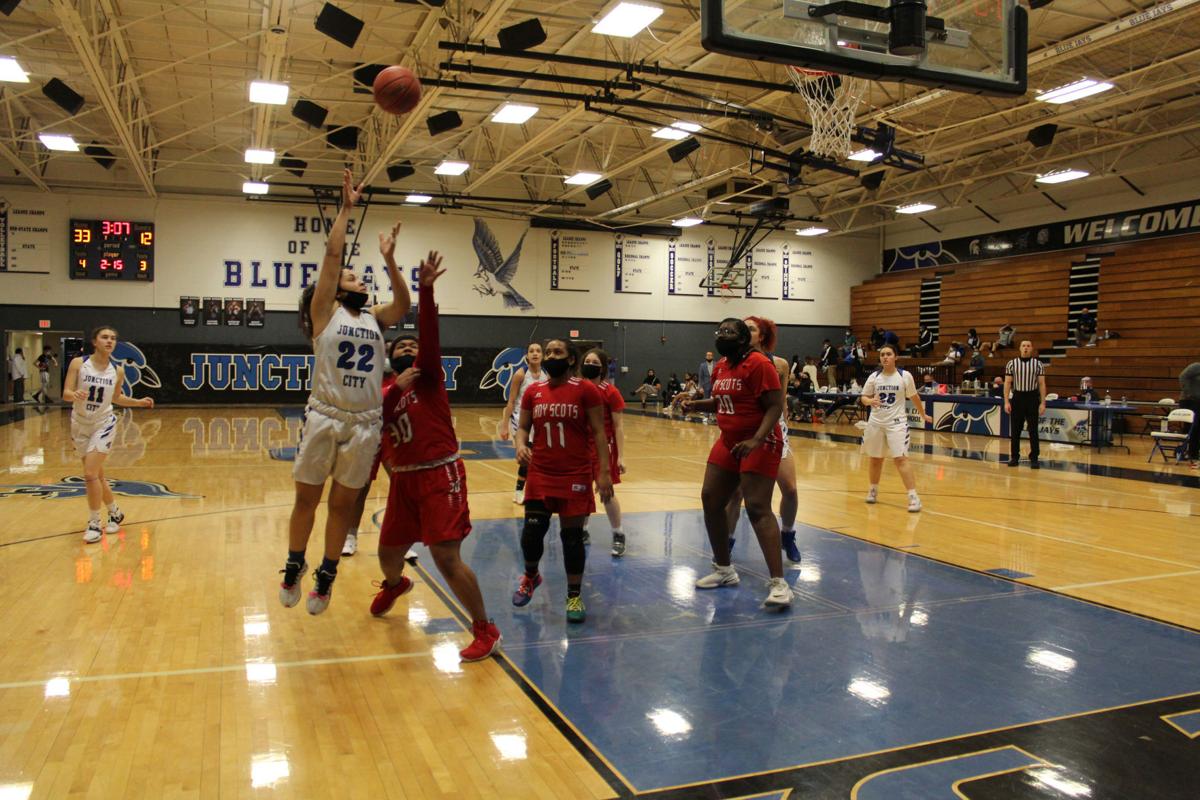 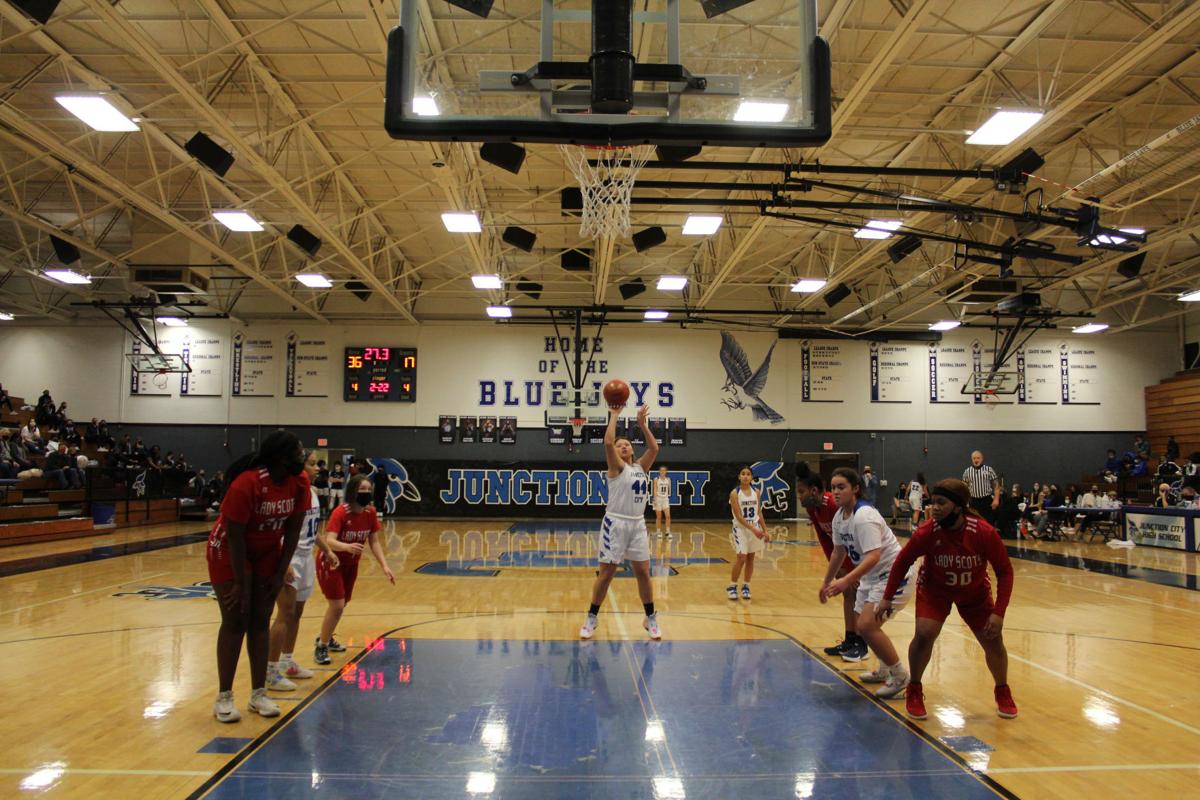 After a disappointing outing versus Emporia the day before, the Lady Jay basketball team found their spark and easily handled Highland Park on Senior Night 59-31.

The win gives Junction City the season sweep of the Scots after winning in Topeka 62-33 back on Jan. 12.

“I thought we played really well,” head coach Tim Testa said. “When we played Highland Park last time, we won by roughly the same amount so I think that gave the girls a lot of confidence heading into the game.”

The Blue Jays got up big early in the game and kept pouring it on, taking a 25-8 lead after a quarter and a 37-17 lead at the half. The key to the domination: defensive pressure. Junction City forced 20 Highland Park turnovers in the game, including 15 steals, which led to 26 points off turnovers.

“That was the whole gameplan,” Testa said. “We wanted to give ourselves a chance to score easy baskets in the open court. We struggle to score in the half-court against a lot of teams but we knew this was a game where maybe we could get some steals and get some extra possessions and I think the girls did a good job executing.”

“I was a little worried going into the game because our seniors are such a good group and I wondered if they would press a little bit since it was senior night and try to do things they shouldn’t be doing,” Testa said. “But Lucy is just so level-headed and she played so well. She’s been great all year and she was great on Senior Night.”

Another special moment for the senior class happened just after the start of the game. Senior Andrea Davis has been sidelined with an ACL tear since January 22. Junction City allowed Highland Park to score on the first possession unguarded, which then allowed Davis to score her final two points of her high school career and then return to the sideline to cheer on her team to victory.

“She’s been a four-year player in the program,” Testa said. “I’ve seen other teams do something like that and I always thought it was cool. Coach Jackson and the Highland Park girls were all on board, their athletic director was on board with it. For them to let her score and then get her off the floor safely was huge. I know Andrea’s parents were very grateful and I know Andrea is tough but that’s as close to emotional as I’ve seen her get. It was a special moment for her and her teammates.”

And the special moments did not stop there for the Blue Jay seniors. Earlier that day, Rivera, Davis and Mellana Davis all announced that they would be continuing their basketball careers at the next level. Rivera will be heading Fort Scott Community College while Davis and Davis will be playing at Highland.

“I’m super excited that all of them have scholarships to those schools,” Testa said. “If I can only be a small part of saving their families some money and allowing the kids to continue to do what they love, it’s great. We’re excited that those girls are going to go out and be ambassadors for our program and for the city.”

The Junction City girls were originally scheduled to travel to Topeka to take on Washburn Rural for their final regular-season game of the season but that has been canceled due to Covid-19 related concerns. That means they will have the rest of the week to rest before hosting Lawrence-Free State for a Sub-State play-in game on Saturday.