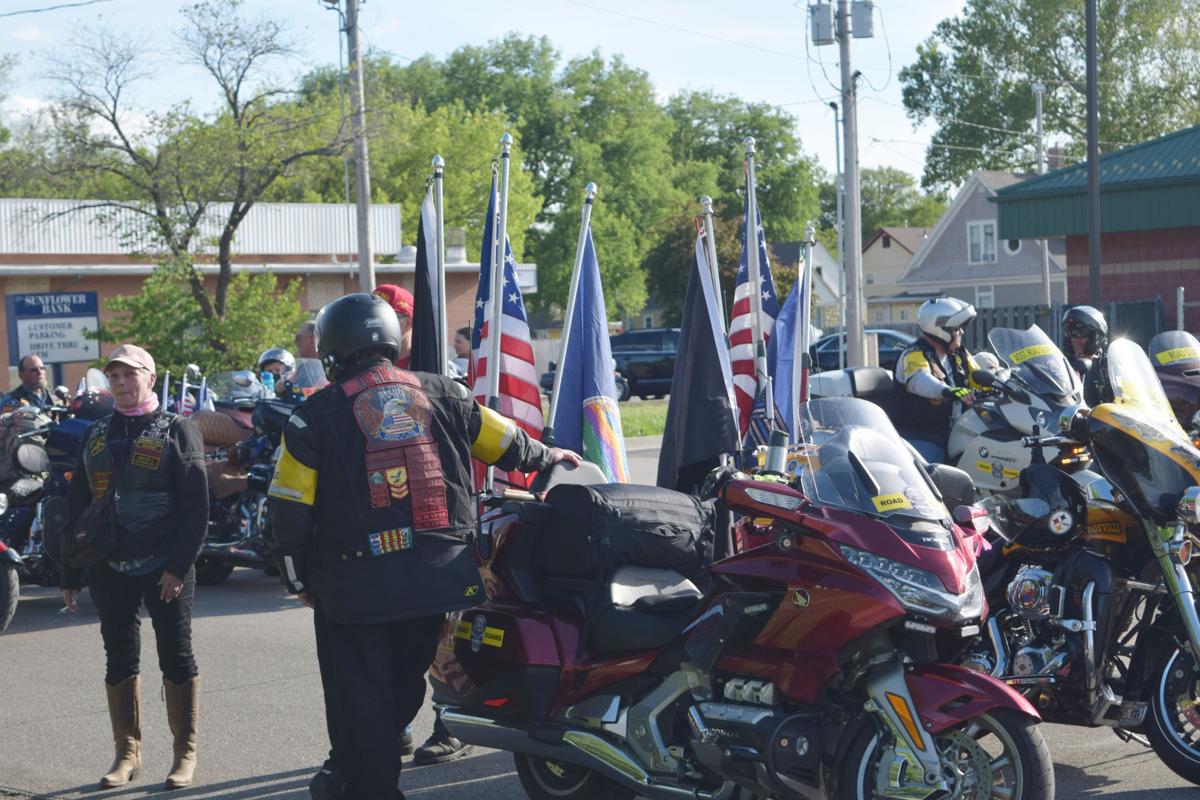 Approximately 418 motorists attended the Run for the Wall event in Junction City Sunday. 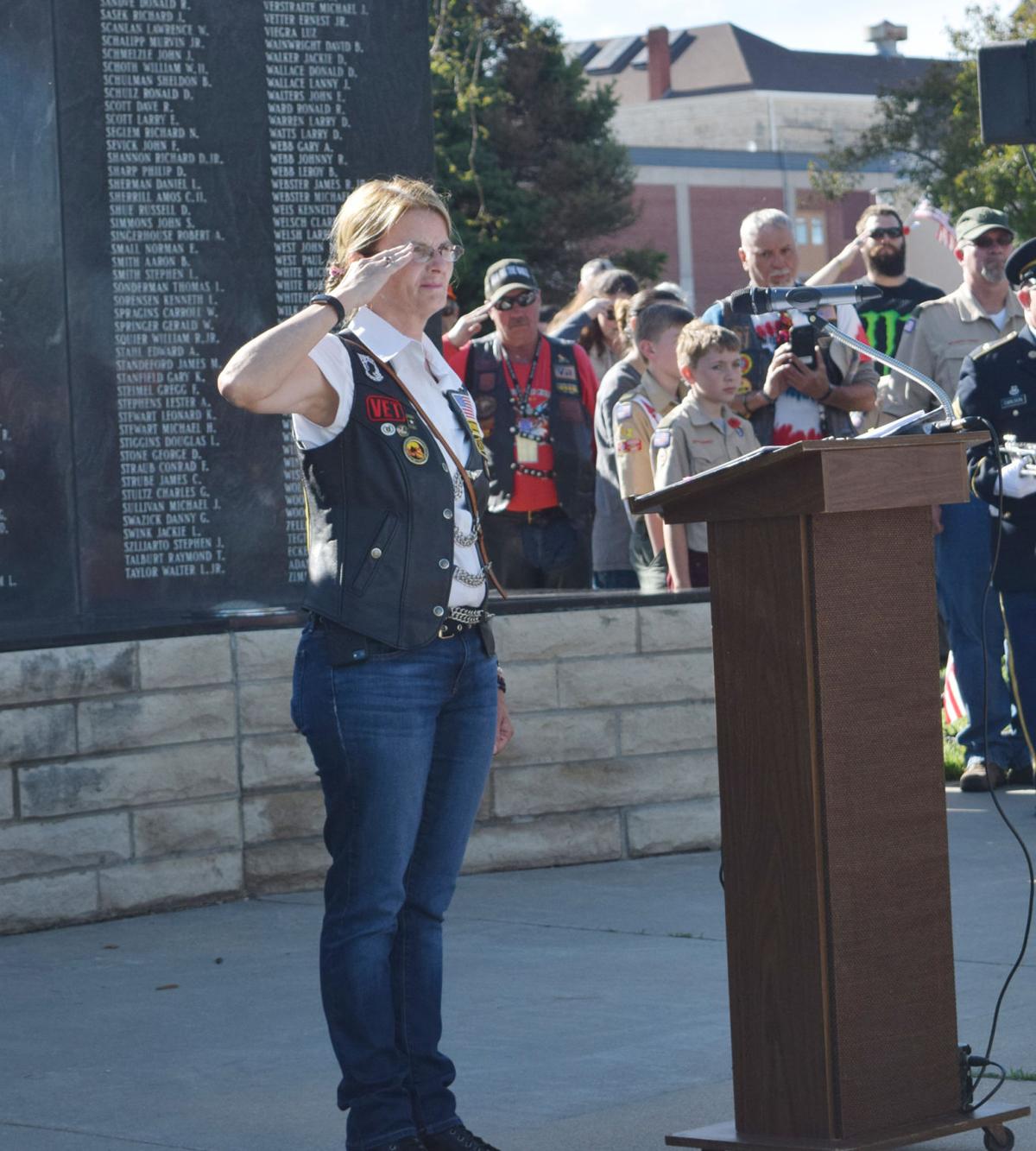 Junction City Commissioner Phyllis Fitzgerald stands at attention Sunday during a Run for the Wall celebration in JC. 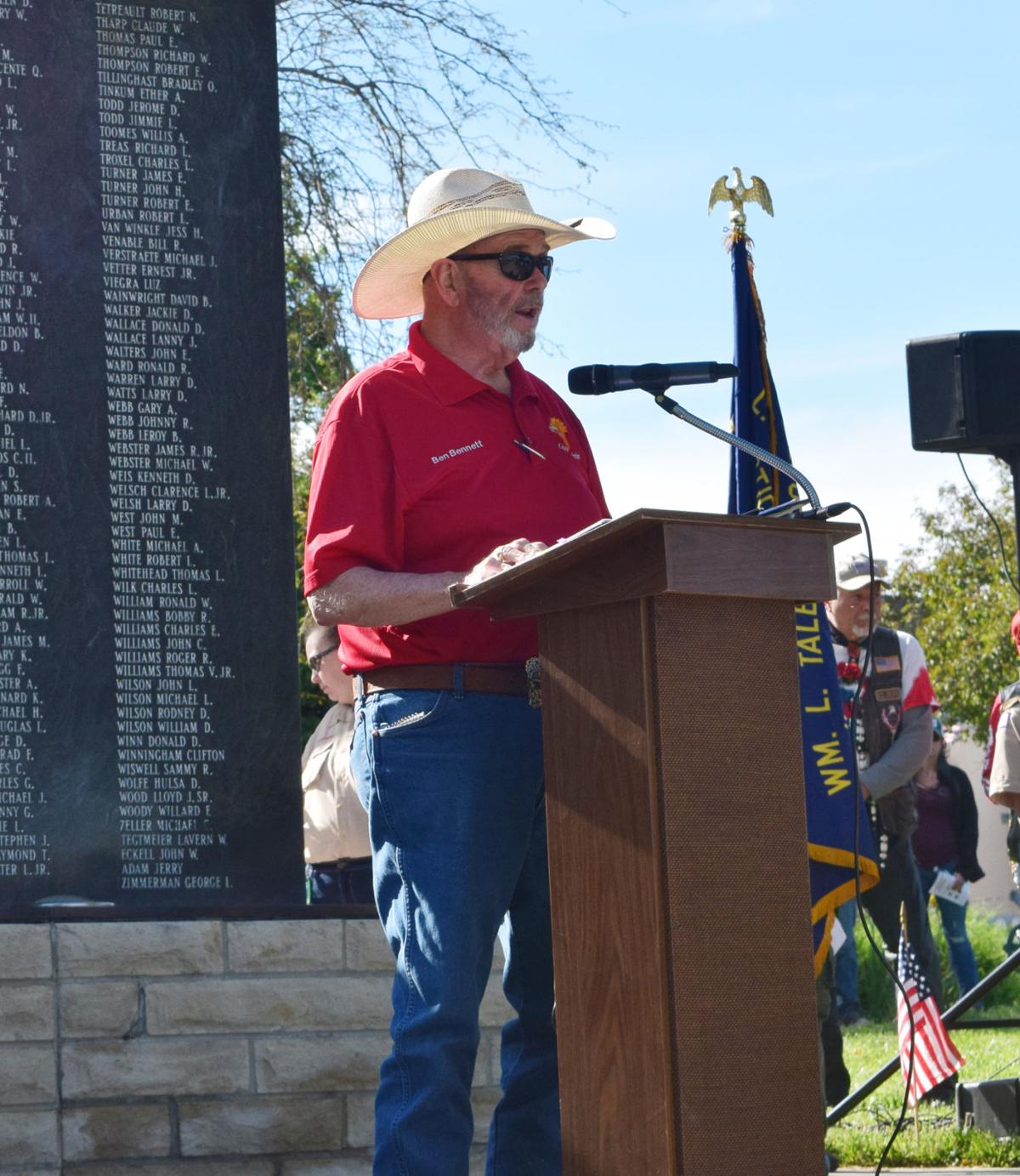 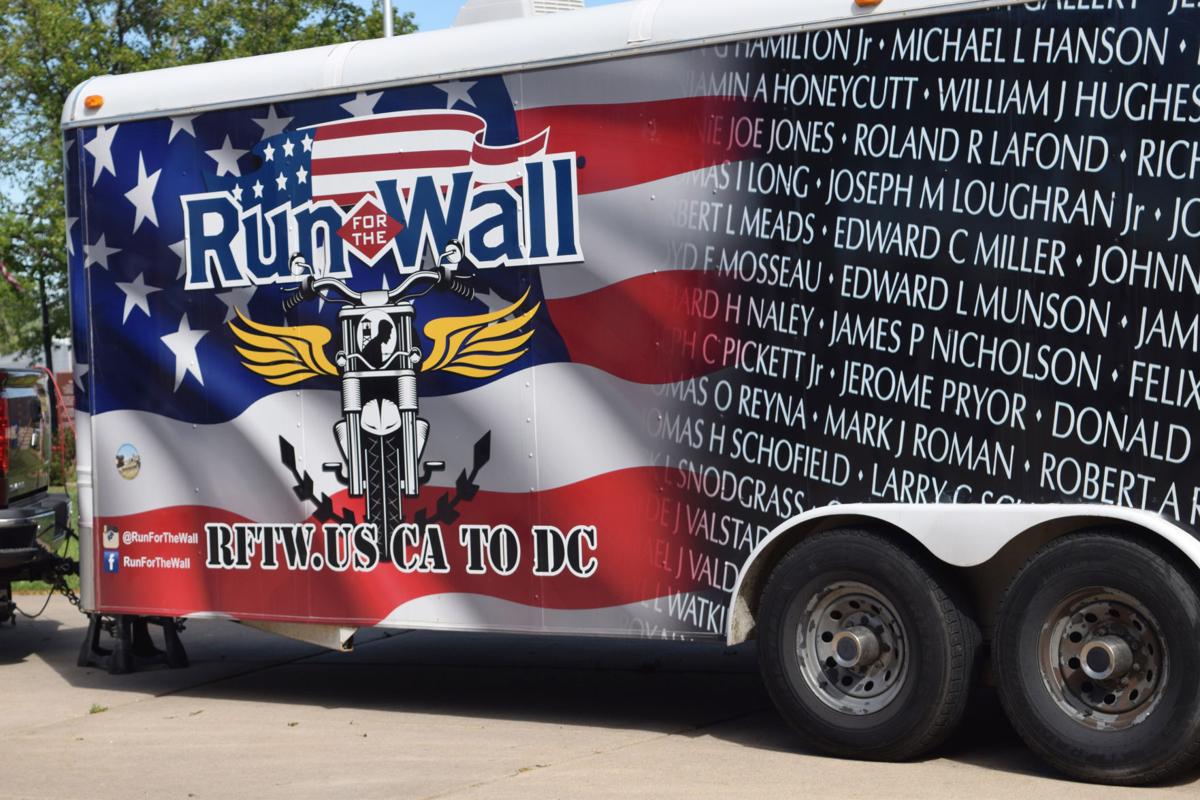 This Run for the Wall trailer held merchandise for event visitors.

Junction City community members helped celebrate the 31st annual Run for the Wall event as it made a stop in Junction City Sunday evening.

Run for the Wall is an annual event that began in 1989. Vietnam veterans James Gregory and Bill Evans have traveled across the country and spent time spreading the word about the thousands of men and women who are still unaccounted for from America’s wars. The event honored Prisoners of War (POW) and Missing in Action (MIA) soldiers, and veterans who could not participate in the event for numerous reasons. The veterans who started the project felt the need to raise awareness for those who were lost at war, which spurred the creation of the event.

Run for the Wall features veteran or affiliated veteran motorists driving across the country to Washington, D.C., where they flock to the Vietnam Veterans Memorial Wall and pay tribute to those who lost their lives.

Since gaining popularity, event organizers have created three different groups in order to maximize the amount of motorcyclists who participate in the event. There are northern, central and southern groups. The ride starts in California, and the groups accumulate more veterans as they venture across the country; ultimately landing in Washington, D.C.

The event’s popularity grows every year. This year, approximately 418 motorists accumulated before meeting at Junction City’s Heritage Park before continuing onward to Washington, D.C. Several individuals who attended the event spoke of its importance, and how they felt an obligation to keep the event going. Among the veteran motorists in attendance was also a series of individuals from the local community.

Geary County Commissioner Ben Bennett welcomed visitors, and said he had been attending the event in Junction City since the meet-up location moved to Junction City from Salina several years ago. Junction City Commissioner and veteran Phyllis Fitzgerald said the intent of the event was to promote healing for veterans, family and friends. “It is a call for an account for all Prisoners of War, Missing in Action, and killed in action/body not recovered,” Fitzgerald said. “It is to honor the memory of those killed in war and to support our troops all over the world.”