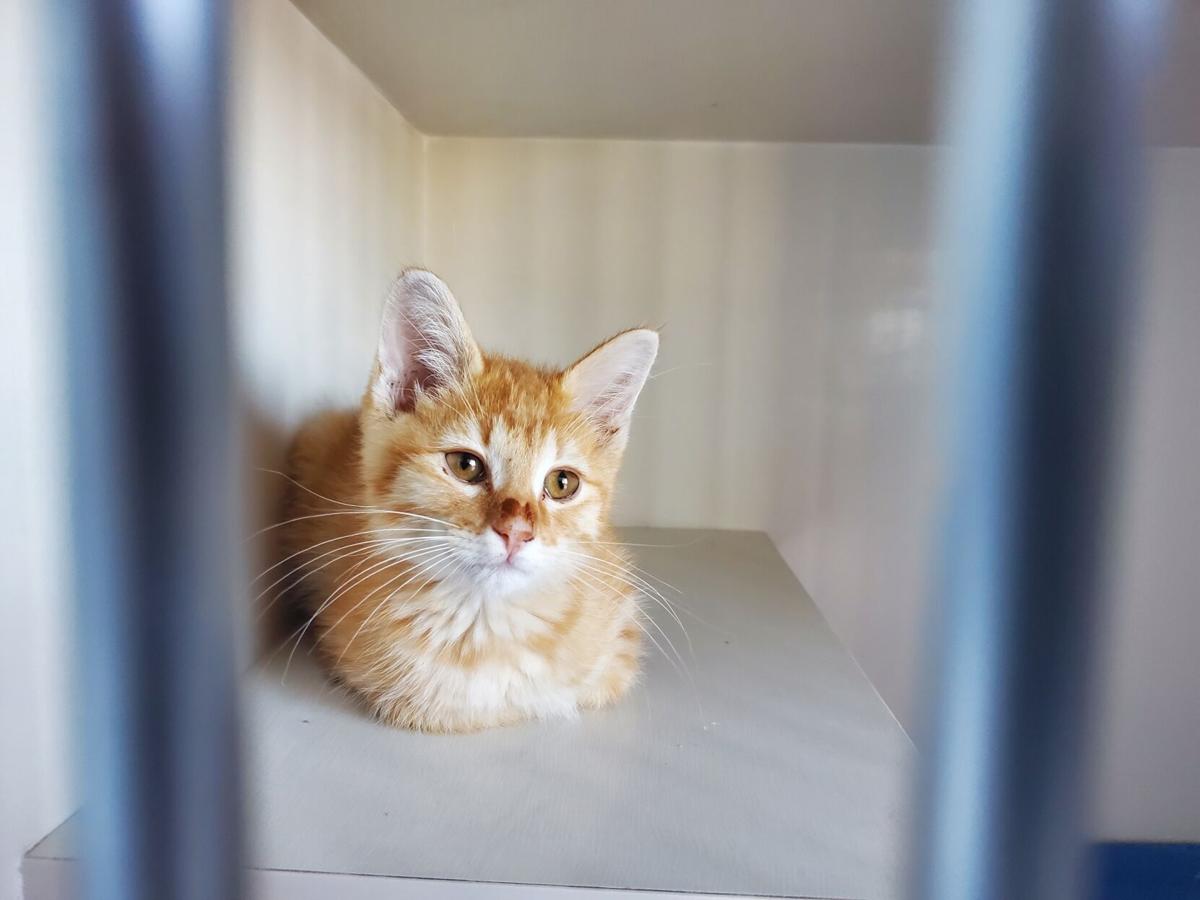 A kitten sits in a kennel, awaiting adoption at the Junction City/Geary County Animal Shelter. 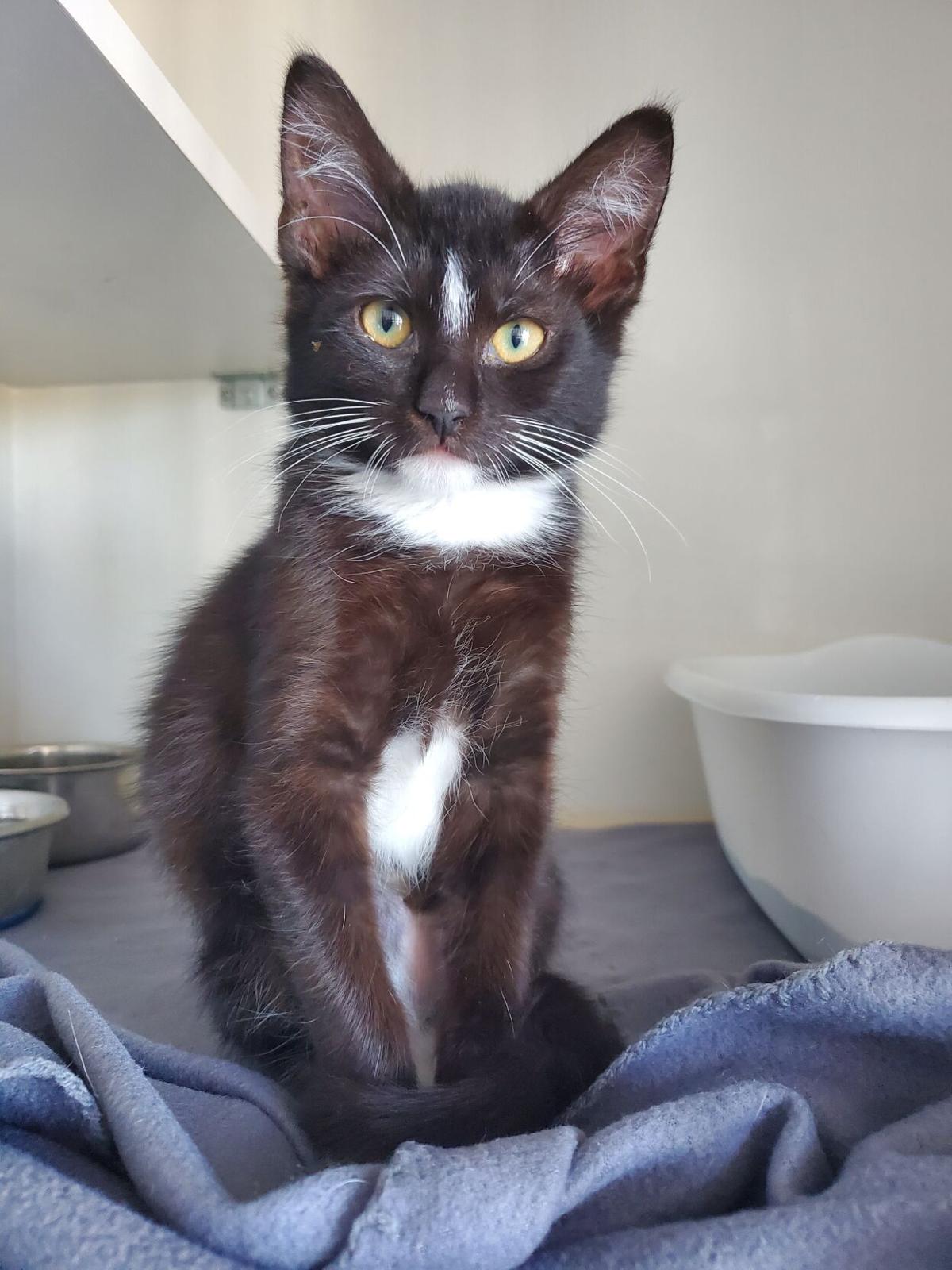 Kittens now available at the Junction City/Geary County Animal Shelter were able to move to the shelter from their foster homes after Clear the Shelter helped about 53 shelter pets find homes in August.

A kitten sits in a kennel, awaiting adoption at the Junction City/Geary County Animal Shelter.

Kittens now available at the Junction City/Geary County Animal Shelter were able to move to the shelter from their foster homes after Clear the Shelter helped about 53 shelter pets find homes in August.

While the Junction City/Geary County Animal Shelter couldn’t hold its usual open house for Clear the Shelter this year, the event did go on, to great success with more than 50 pets adopted into their new homes. As of Sept. 1, 32 cats and 16 dogs had been taken into their forever homes, with three adoptions pending.

Over the entire month of August, pet adoption fees for both cats and dogs were reduced to $25.

Manager of the animal shelter Vanessa Gray said COVID-19 didn’t really have an impact on this year’s adoptions.

"We had bigger numbers just because it was spread out a lot more throughout the month … It was a lot easier this way just because we didn't have a rush of people,” she said.

Though the format was unorthodox, she said it wasn’t actually that much different than last year.

“It went really well,” she said. "We did it for the whole month of August this year, just because we are by appointment only.”

Usually, Clear the Shelter is a single-day event where adoption fees are reduced or waived entirely. Due to social distancing restrictions and the fact that the shelter is no longer taking walk-ins, Gray and her staff decided it would be safer to hold the event by appointment over an entire month instead of all at once.

“We got 53 adoptions for the entire month of August,” Gray said. "So it really helped us clear the shelter so to speak. We didn't clear everybody, but we really got a lot of animals adopted and that helped us in the long run.”

More people have expressed interest in shelter pets this year, she said, possibly because so many people were stuck at home in quarantine with free time they’d never had before.

In recent months, the shelter has begun to see an uptick in surrender requests and pet dumping.

"Just in July to August we had about seven animals that were physically dumped,” Gray said.

As soon as the shelter is cleared, more pets come in to take their place.

The event cleared space for numerous kittens that had been in foster homes around the community, she said.

“During Clear the Shelter, we still had a good 30 to 40 kittens in foster that were not ready yet,” Gray said. “If they were too young or anything like that."

These kittens are now filtering into the shelter, waiting for people to come adopt them.

Typically what Gray calls "kitten season” where the shelter becomes overrun with stray kittens in need of homes takes place in spring, but in recent years this season has been extended.

“Our kitten season is typically like in the beginning of the year, like around springtime, but the last few years we've been seeing it throughout the entire summer,” she said. "So it's not uncommon.”

Cool weather will most likely see this taper off.

Gray doesn’t believe the new kittens will struggle too hard in finding homes.

“We’re doing ok, but we are still seeing kind of high rises of moms with litters and things like that,” she said. "So we're just having to go day by day and hopefully we get some more adoptions.”

She believes the city’s recent adoption of a trap, neuter, release program for Junction City’s feral cat population will drastically reduce the number of stray kittens who find their way into the shelter’s kennels.

The shelter is still by appointment only, but there are pets available. To make an appointment, people can call the shelter at 785-238-1359 and leave a message.