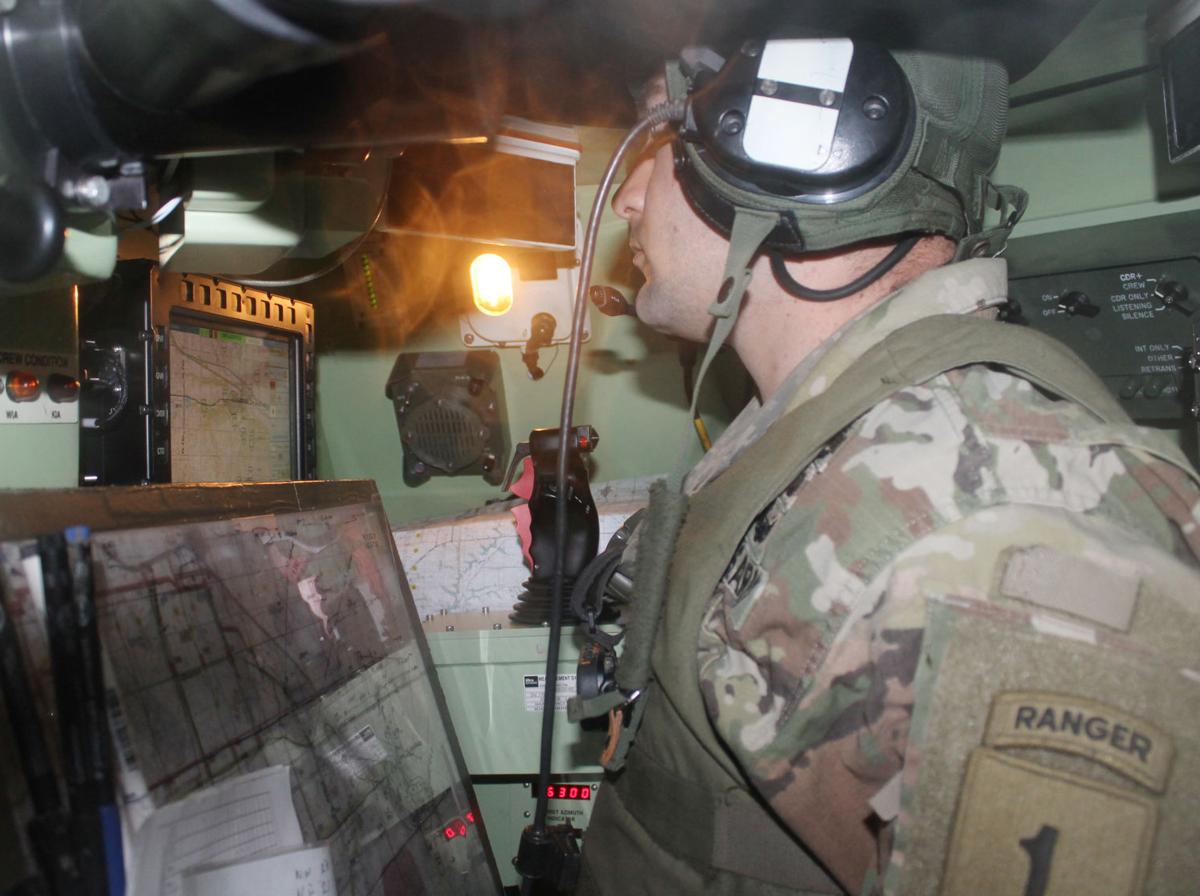 Capt. William Parrott participates in a training exercise in a module that replicates the control room of a Bradley fighting vehicle. 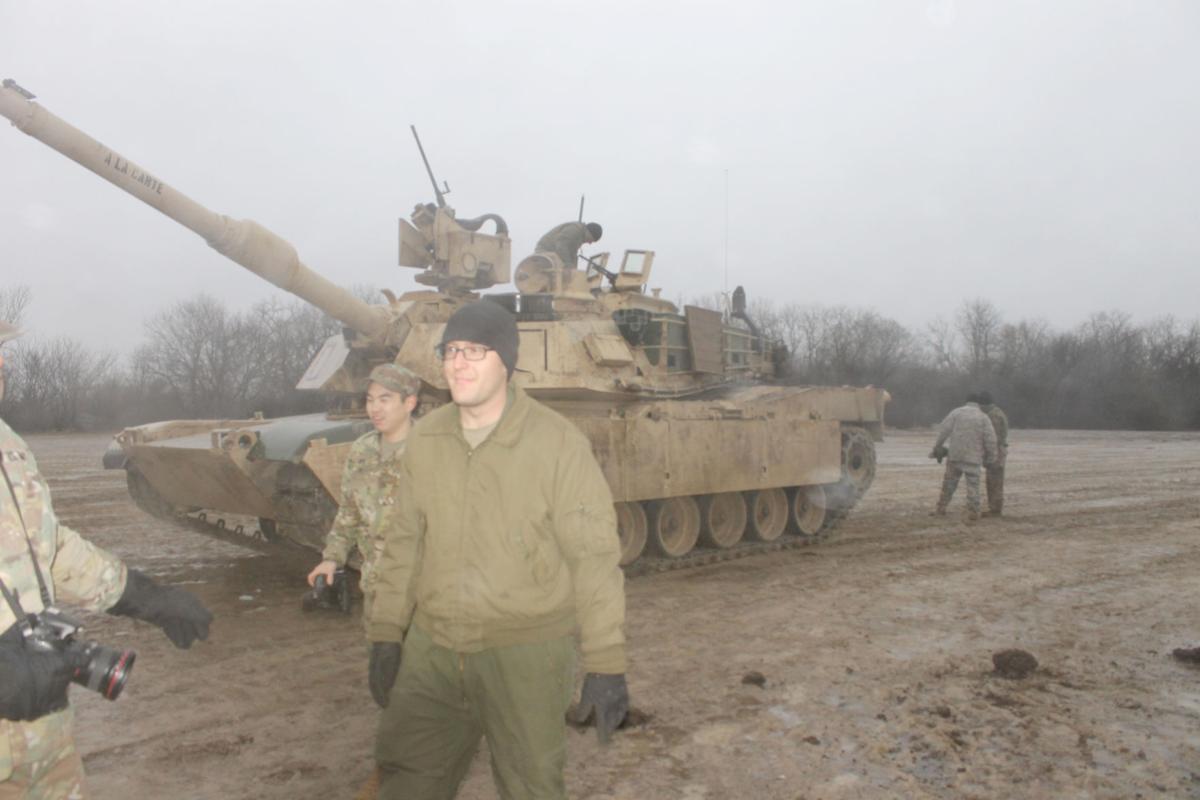 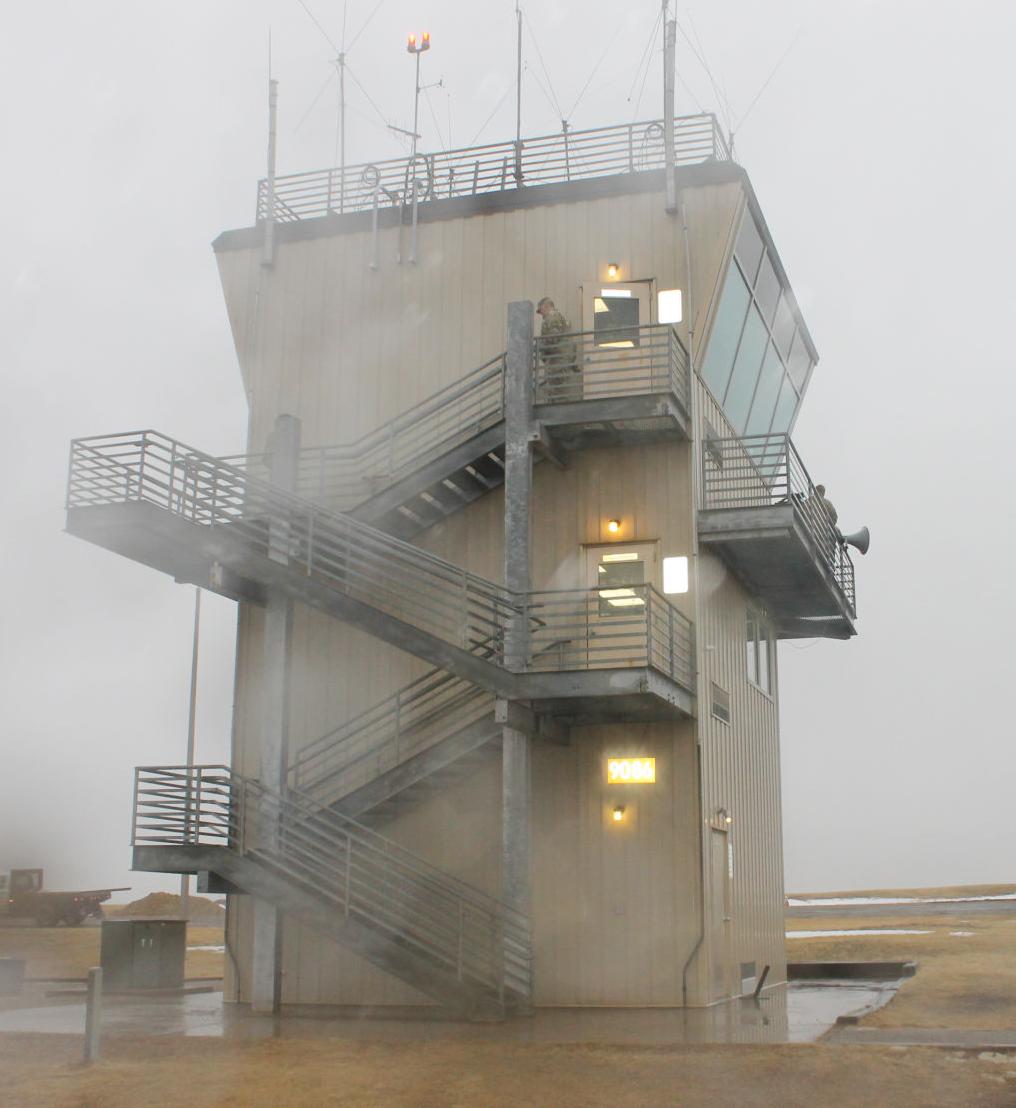 The Danger Shootout was monitored by officers in the Range 18 Scout Recce tower. 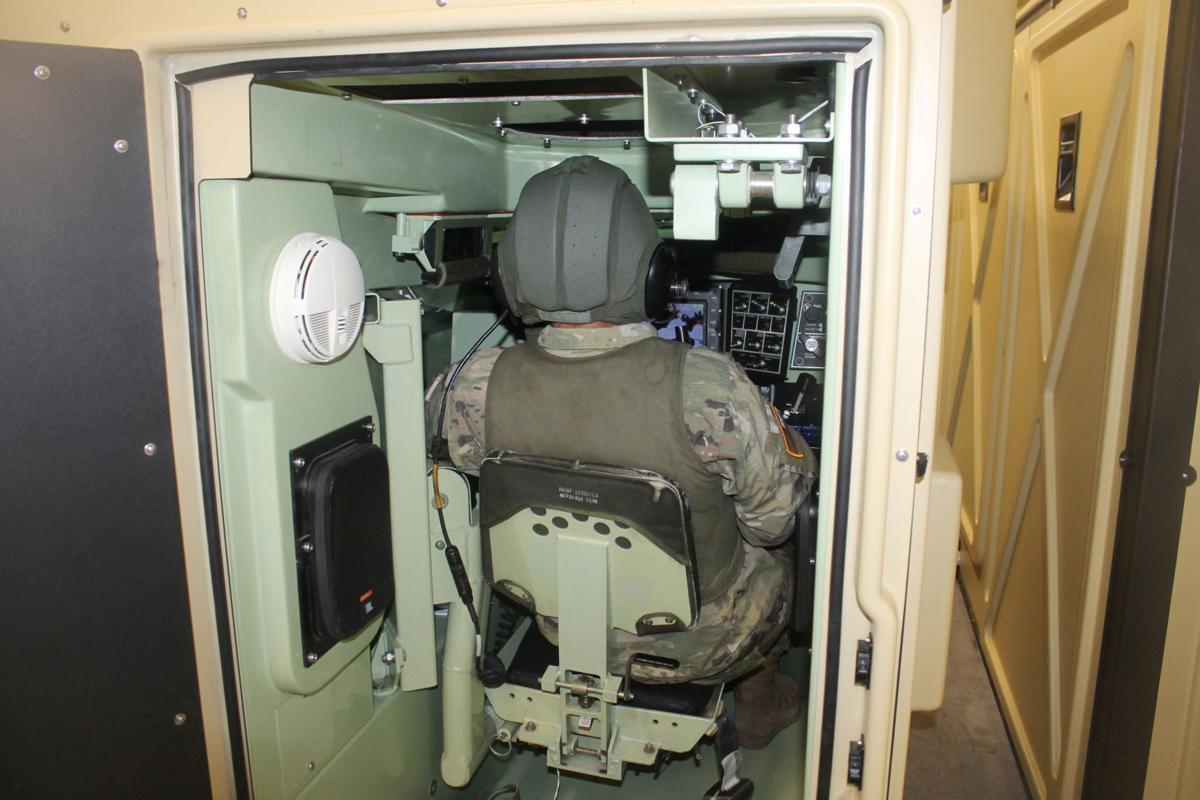 This virtual module replicates the driver's side of the Bradley fighting vehicle.

Fort Riley soldiers have been participating in some heavy tank training, which was capped off with a live-fire training exercise Tuesday.

“They train to be a qualified crew and be considered ready to deploy,” Kelley said.

The 120mm rounds fired from the Abrams tanks’ smoothbore cannon can be heard in neighboring communities, including Junction City, Ogden and Manhattan. The rounds can be heard fairly clearly if cloud coverage conditions provide an echo effect.

“A lot depends on the weather conditions as to whether you hear it,” Kelley said.

Cpl. Luke Koch participated in his first gunnery experience during the training period. He said firing the Bradley’s gun doesn’t affect him as much physically as it does mentally.

“You don’t really feel it too much, but your heart kind of beats fast,” Koch said. “I get a rush.”

The inclement weather conditions Tuesday provided some extra challenges for the soldiers.

“With all the fog, it messes up our vision,” Koch said. “It’s a lot harder on us, but trains us even further.”

“Our job is to make it work, and make it feel real,” Fujinaka said.