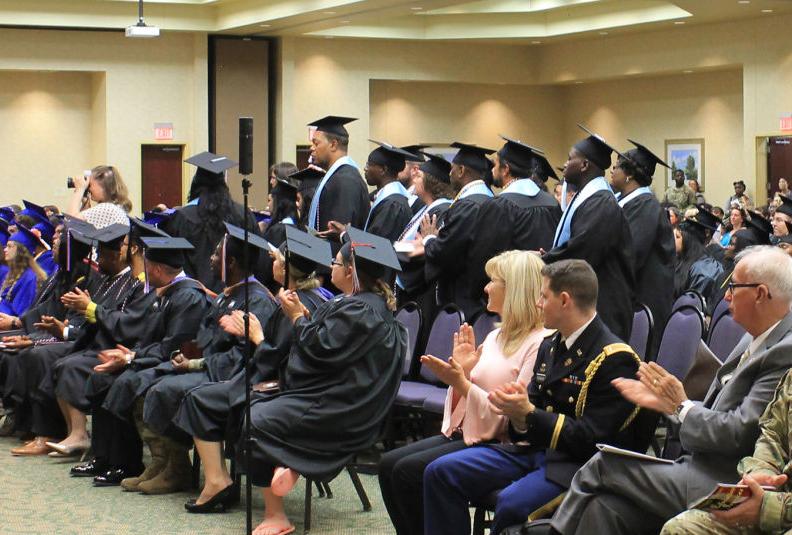 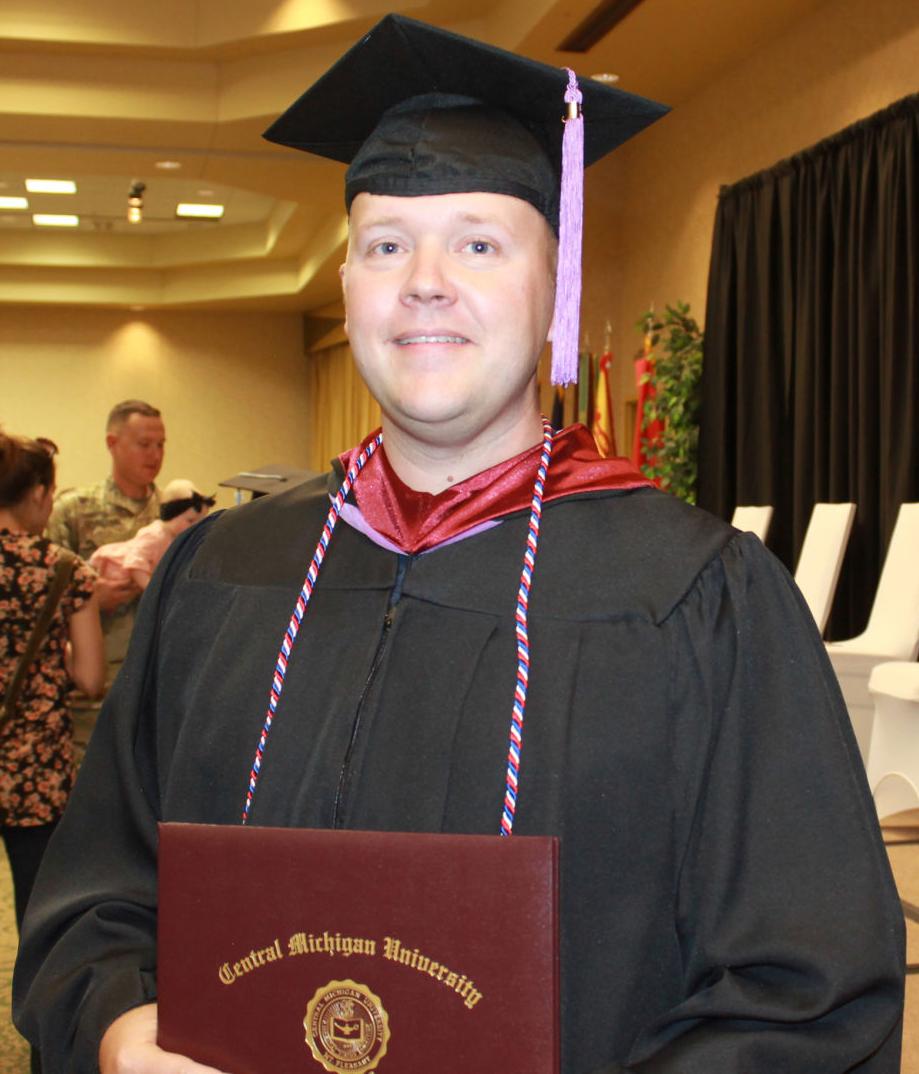 It was a proud day for more than 200 graduates of on-post higher-learning and distance learning institutions.

Thursday’s combined graduation ceremony at Junction City’s Courtyard by Marriott honored students from nine different universities. The event was hosted by Fort Riley Education Services, and it honored graduates who are active duty soldiers, retired veterans or family members of those who serve. The annual event aims to recognize those who worked toward expanding their educations.

Among those graduating was student speaker Sgt. Mark R. Koehl, who graduated from Central Michigan University. Koehl is a former Big Red One soldier, who is currently stationed in Oklahoma. Koehl drove from Oklahoma to be part of the ceremony, where he received his master’s degree in Leadership. When Koehl joined the Army, he felt he had a competitive edge as he already had a dual degree. But when asked what he wanted to do when he retires from the Army, Koehl responded that he knew he wanted to be a leader that others can count on. His chain of command suggested that he meet with Education Services at Fort Riley, where his six-year education journey began. Koehl knew it would be important for him and his family to attend Thursday’s ceremony to commemorate his achievements.

“This is a monumental overtaking that has been done,” Koehl said. “This is the culmination of years of hard work.”

Koehl thanked his family for supporting him in addition to the numerous leaders in his life that led him to where he is today.

Wasmund noted that everyone’s path to success is wildly different, but at some point, they all recognized they could do more than what they were doing before.

“So what do you do now?” Wasmund asked. “Your love and commitment to learning is what will lead you to success. You spent the last few years developing yourself; your degree is not what makes you. I want you to think about the first person that made you think that you could do this. The person who inspired you may not know the effect that it had on you.”

Wasmund challenged graduates to allow the person who inspired them know the impact they had on their lives.