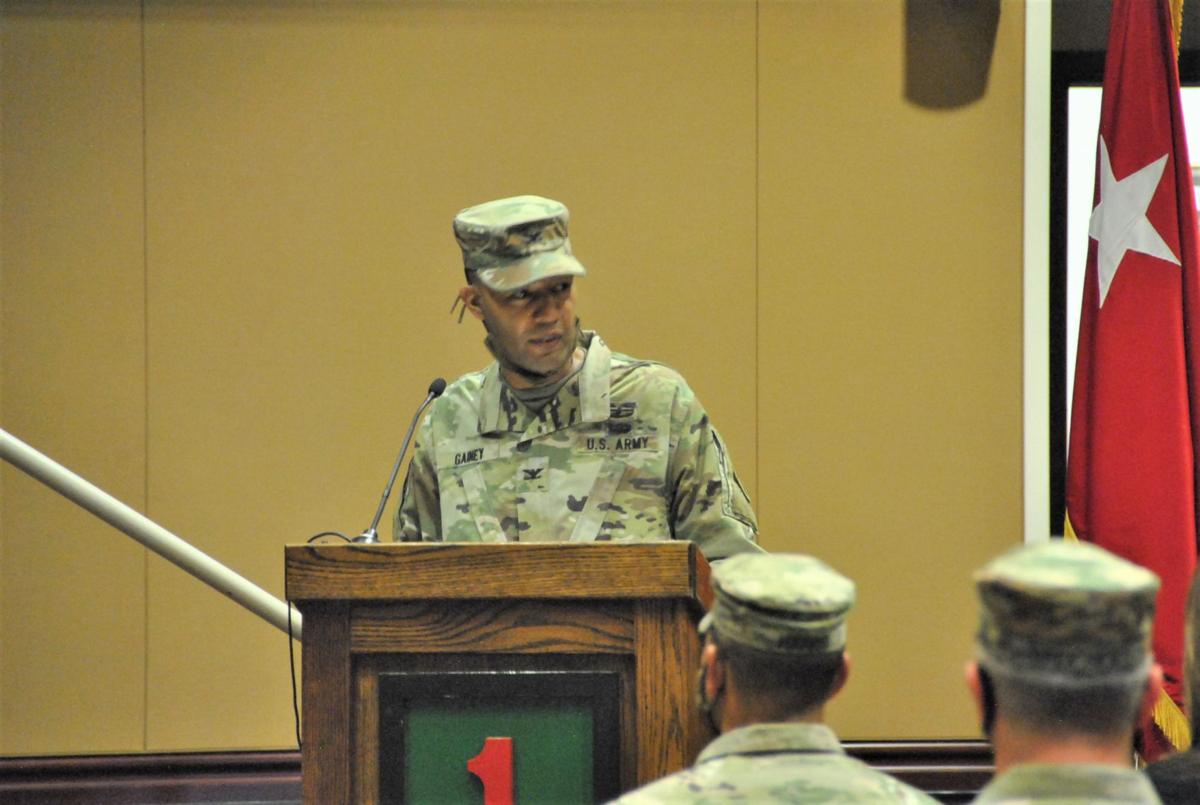 Col. Andrew Gainey, 1st Infantry Division and Fort Riley, deputy commanding officer for maneuver, speaks to attendees during the Victory with Honor ceremony June 19 at Division headquarters. The ceremony was held honoring the transfer of command from Col. Phil Brooks to Gainey 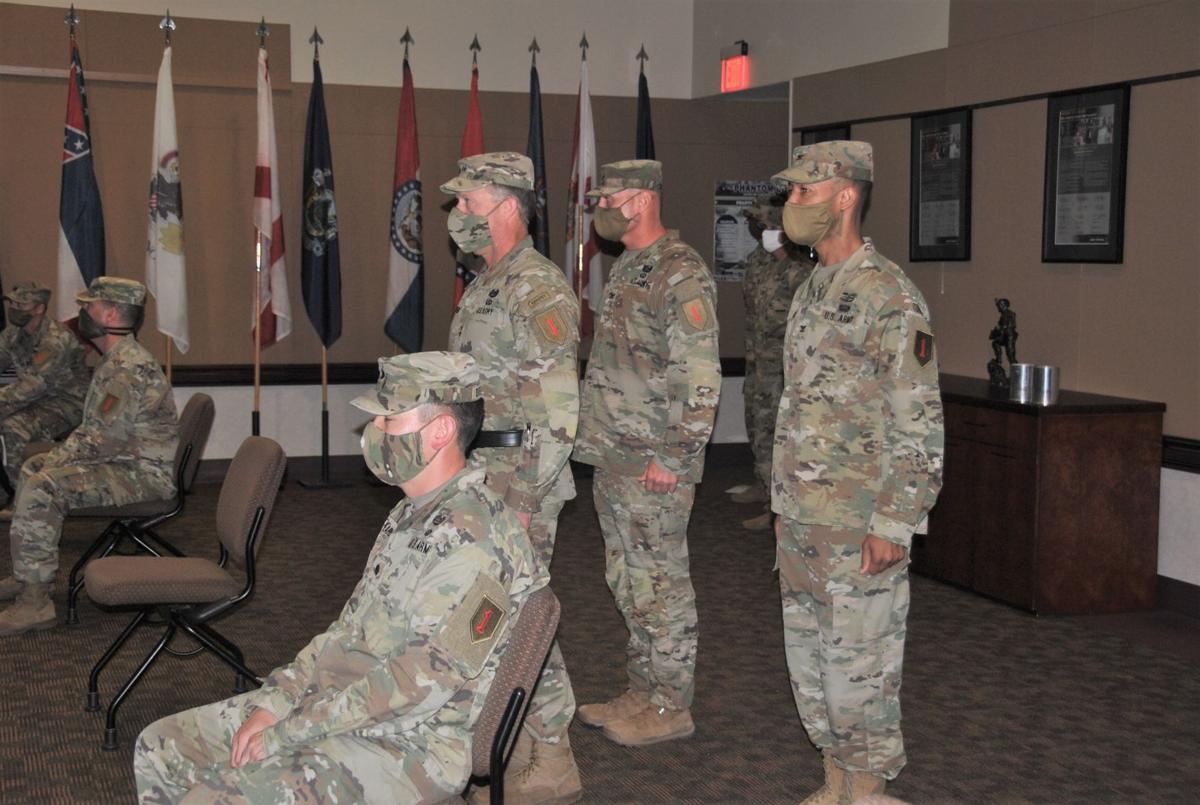 Col. Andrew Gainey, 1st Infantry Division and Fort Riley, deputy commanding officer for maneuver, speaks to attendees during the Victory with Honor ceremony June 19 at Division headquarters. The ceremony was held honoring the transfer of command from Col. Phil Brooks to Gainey

At a Victory with Honor ceremony Friday, members of the 1st Infantry Division and Fort Riley welcomed Col. Andrew C. Gainey replacing Col. Phil Brooks as the Deputy Commanding Officer for Maneuver for the division.

Maj. Gen. John S. Kolasheski, 1st Inf. Div. and Fort Riley commanding general, commended Brooks on his willingness to jump in and take care of things that needed to be done and wish him good luck on his upcoming assignment as the commandant of the U.S. Army Field Artillery School in Fort Sill, Oklahoma and the 41st Chief of the U.S. Army Field Artillery School.

“The army clearly has recognized his ability to build cohesive teams, and he is clearly the right leader to shape the next generation of officers and develop our future battlefield capabilities,” Kolasheski said. “But while, Phil Brooks leaves some big boots to fill, there’s already another Big Red One soldier and fellow red leg [field artilleryman] on the ground ready to lace up as the next deputy commander for maneuver, Col. Andrew Gainey.”

“Following battalion command, he was selected to serve as a military system in the Office of the Secretary of Defense at the Pentagon,” Kolasheski said. “And in Andy’s case, the old rumor of, ‘once you’ve been there, you’re going back’ held true, and following successful command and 17 Fires Brigade at Fort Lewis, the Gainey’s returned to DC. This time Andy served as military assistant to the Secretary of Veterans Affairs, and most recently as the executive officer to another big lead on soldier, the Vice Chief of Staff of the United States Army General Joe Martin.”

Gainey thanked all in attendance and those viewing the live feed saying it was a special day for him and his family.

“My name is Andrew Gainey and I am proud to once again say I am a Big Red One soldier,” he said. “It is an absolute honor and privilege to serve in America’s first and most historic division once again. Fort Riley has the distinct reputation of having the best warfighters, the hardest working army civilians and the phenomenal community leaders who provide world class support for our families.

“Maj. Gen. Kolasheski, and your lovely bride Buffy, Sophie and I could not have asked for better command team to work for,” he continued. “We are well aware of the great responsibilities given to us today. Thank you for the confidence you have in me as your deputy commander. We look forward to this great opportunity.”