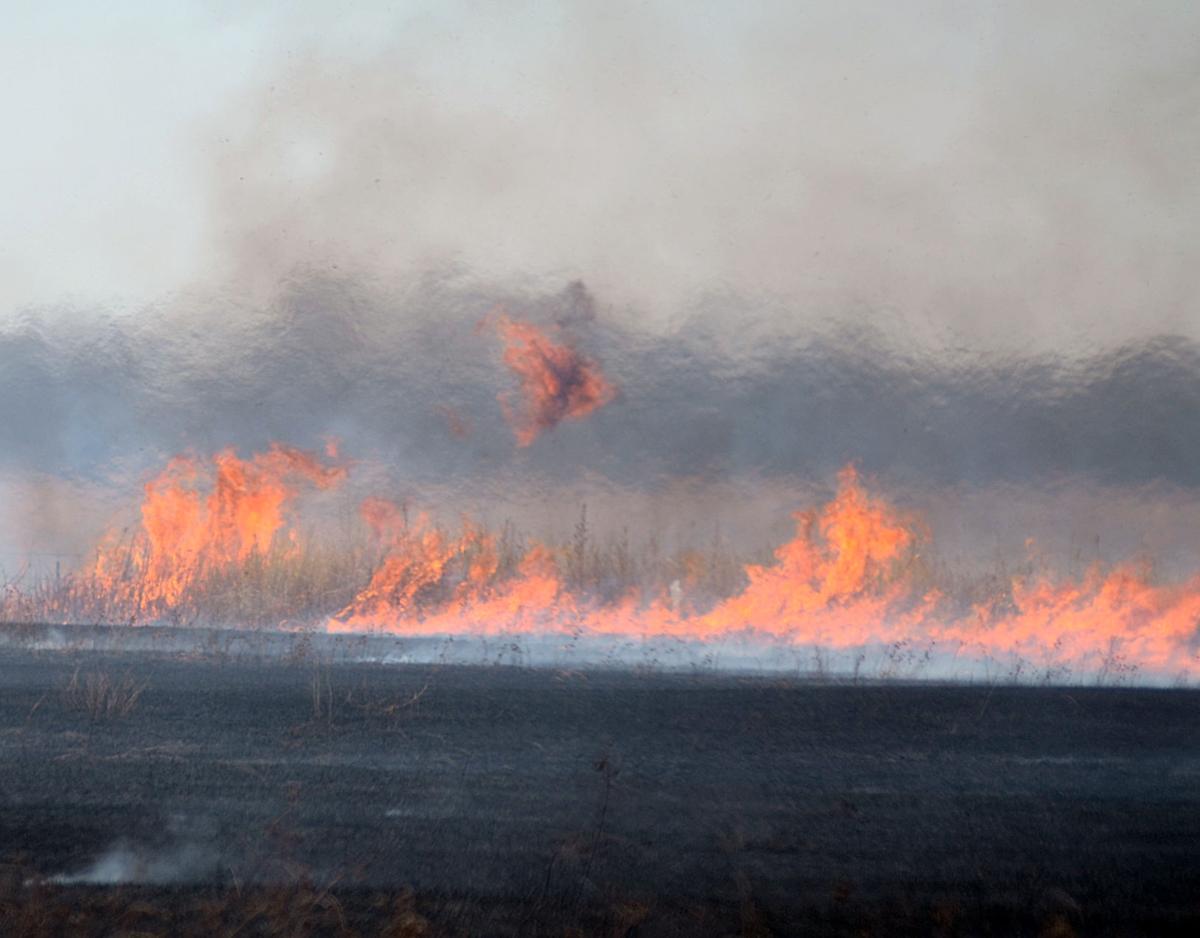 The Geary County Fire Department set a field alight as part of a controlled burn Saturday, which was meant to train new firefighters. 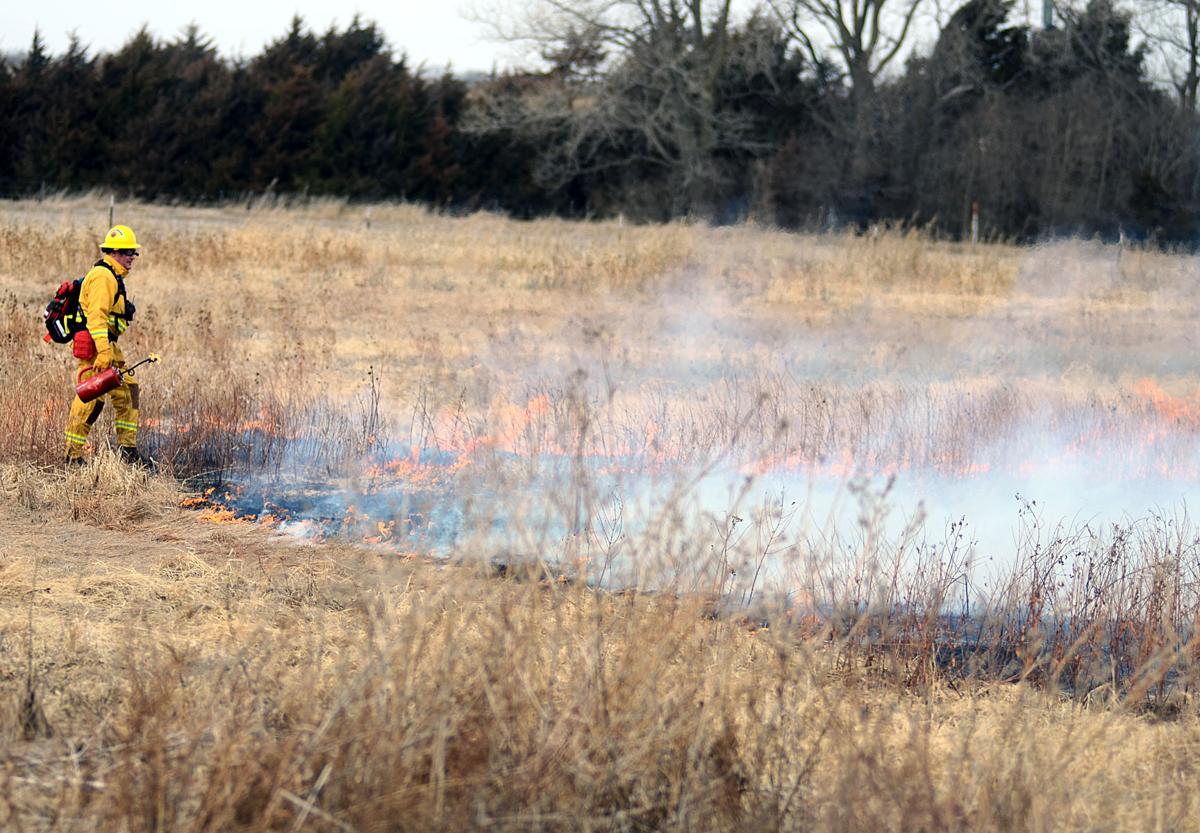 A firefighter sets a field ablaze at the landfill during a controlled burn exercise which served as training for Geary County firefighters. 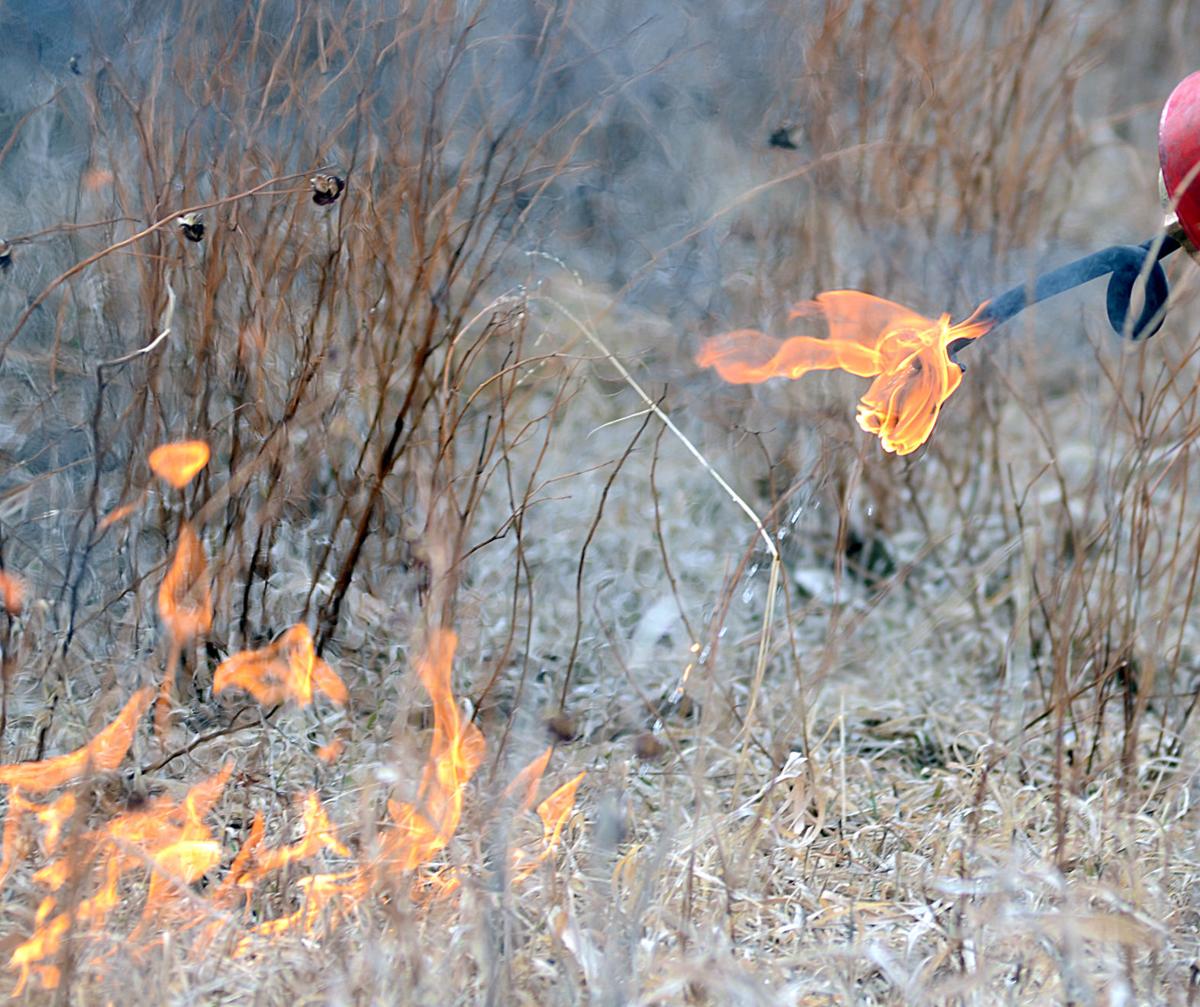 Dead, dry plants in a field catch fire as a controlled burn takes place at the landfill Saturday. The fire was lit by the Geary County Fire Department as an exercise to train new firefighters. Though they didn’t fight the fire, four high school students in the Fire Explorers program did support work as part of their program. 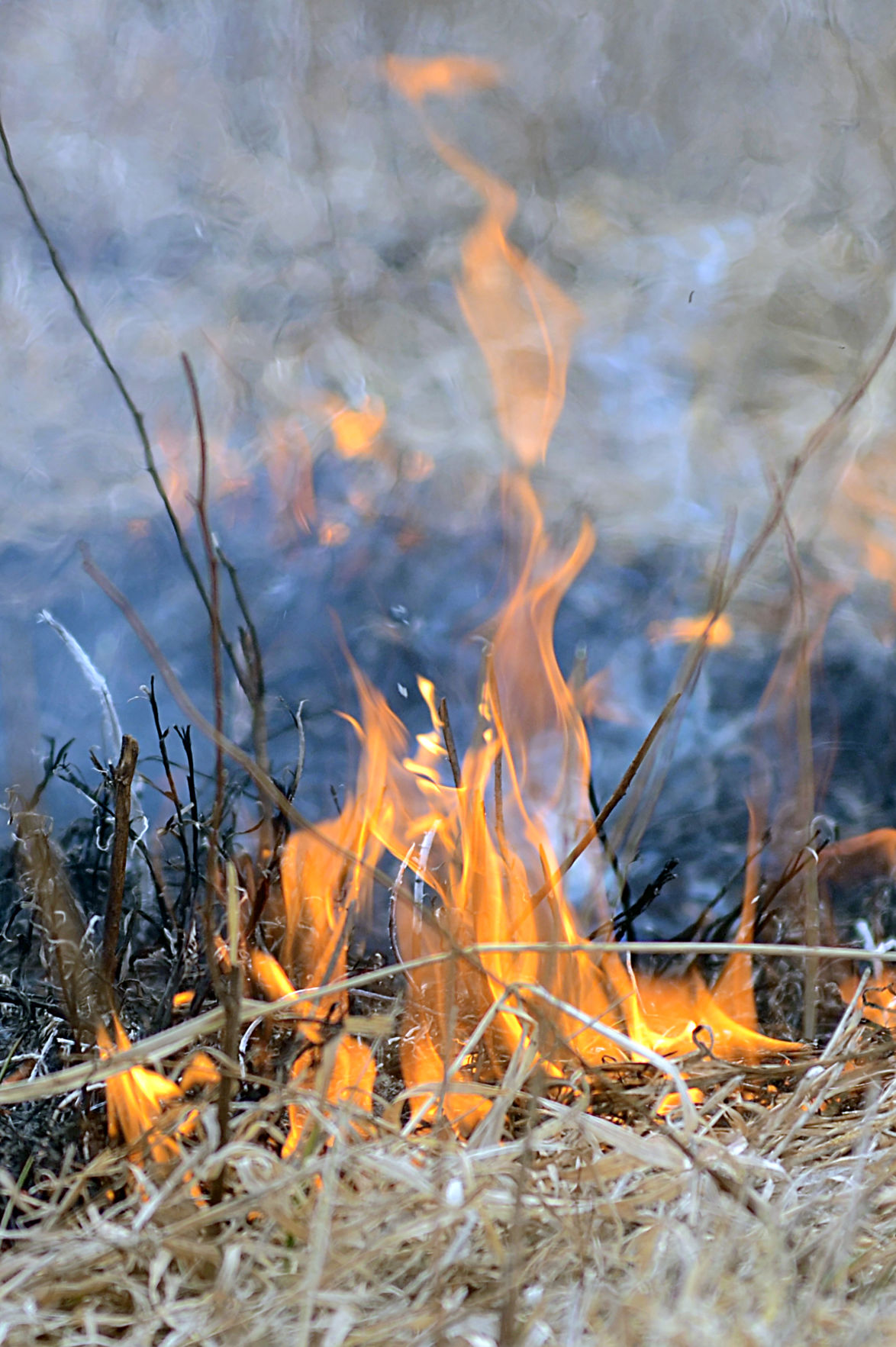 Flames rise from a controlled burn started at the landfill Saturday morning as part of a wildfire training exercise by the Geary County Fire Department.

The Geary County Fire Department set a field alight as part of a controlled burn Saturday, which was meant to train new firefighters.

A firefighter sets a field ablaze at the landfill during a controlled burn exercise which served as training for Geary County firefighters.

Dead, dry plants in a field catch fire as a controlled burn takes place at the landfill Saturday. The fire was lit by the Geary County Fire Department as an exercise to train new firefighters. Though they didn’t fight the fire, four high school students in the Fire Explorers program did support work as part of their program.

Flames rise from a controlled burn started at the landfill Saturday morning as part of a wildfire training exercise by the Geary County Fire Department.

Firefighters usually put out fires — they don’t set them.

But Saturday, that changed for a few hours when the Geary County Fire Department held a controlled burn out at the landfill. The burn took place over roughly 70 acres of land.

The exercise was conducted for two reasons — to train new firefighters and to take care of some roughage that hadn’t been burned down in a few years, according to Director of Emergency Management Garry Berges. He said the county shop had requested the field be burned.

“Out of this group, probably 80 percent of them are ones we’ve brought on in the last year,” he said. “So we need to get them trained.”

Burning season is coming up in the next few weeks — farmers all around the Flint Hills will set their fields alight. Sometimes, those fires grow out of control and firefighters are called out to deal with them.

“The more these guys get trained on how to do it — if we can teach them instead of trying to teach them while we’re actually out there fighting a fire — this is a better way to do it,” he said.

Such training helps not just with fires in the county but also when they’re called out to offer mutual aid to other area departments, Barges said.

As the Flint Hills prepare to catch fire this spring, Berges offers a word of advise to farmers who plan to take part in prescribed burns.

He asks them to go out with proper equipment — more than just themselves in a pickup truck with a rake and no water.

Even a small thing can cause someone to lose control of a controlled burn — as little as a flaming leaf blowing across a roadway or a bit of smoking grass picked up by the breeze and deposited in a nearby field.

So Berges asked people to have extra people, vehicles, and water on hand to put out fires before they turn into wildfires.

Fires grow quickly and can easily slip the metaphorical leash.

Both Berges and Assistant Director of Emergency Management Curt Janke stressed the importance of live burn training for firefighters.

Janke said the 12 newest recruits hadn’t had the chance to take part in any major fires to see how it’s done because there haven’t been any bad ones recently.

This is, he said, a great thing overall, but the newest firefighters should have a chance to go out in the field before disaster strikes and this was a way for them to do so.

“This last year was was a slow year for us,” Janke said. “We’ve were about third down from what we were the year before (in fire calls), and that was just because of the weather and things like that.”

On a live burn, firefighters can see firsthand how the wind causes a fire to move and the ways different types of vegetation burn, he said — some things take experience to truly learn.

“It changes everything,” Janke said. “We can go out in the yard here and start a little fire and say, ‘Okay, this is a fire. This is the way it’s supposed to work.’ But until you actually see and you see how our trucks are used to effectively put the fire out and control it — that that just takes experience.”

Such training is a regular practice for firefighters. In addition to firefighters, the group also had four members of the Fire Explorers, a group of high school students who want to be firefighters when they grow up.

The students were unable to take part in actively putting out the fire because they were under at the age of 18, but were allowed to participate by offering support to those who were taking active part in the burn.

After breakfast and a safety briefing the group headed out to the landfill.

There were several hazards in the field, including a pit filled with trees and a wood chip pile which, if the fire reached them and caught, would have proved a problem for the crew. Such hazards are common in fields, which farmers may need to bear in mind.

Firefighter Jerry Dee of Junction City said things such as the pit are a hazard to firefighters as well, especially at night. While contending with flames in darkness made worse by smoke, it would be easy to drive a truck into it.

Another hazard of such an area — a pit full of trees — is the possibility the undergrowth could catch fire, he said.

“That’s gonna burn longer and hotter than the lighter fuel that we have around here,” Dee said, referencing the accelerant used to start the controlled burn. “The lighter fuel can go through there and then there’s a good chance that it’s not going to catch the trees but with the undergrowth there yeah that’s definitely something.”

In the event firefighters run into such a hazard during a real wildfire, he said, they try to ensure they can “flank it” and “choke it,” meaning they would try to get behind it and pinch it off before it reached anything vital. Firefighters, he said, fight from the black — meaning the areas already burned — and try to keep the fire from spreading further from there. Taking a more head-on approach, Dee said, would be dangerous.

Fires are a living, breathing thing that take in oxygen and fuel. Firefighters treat them as such.