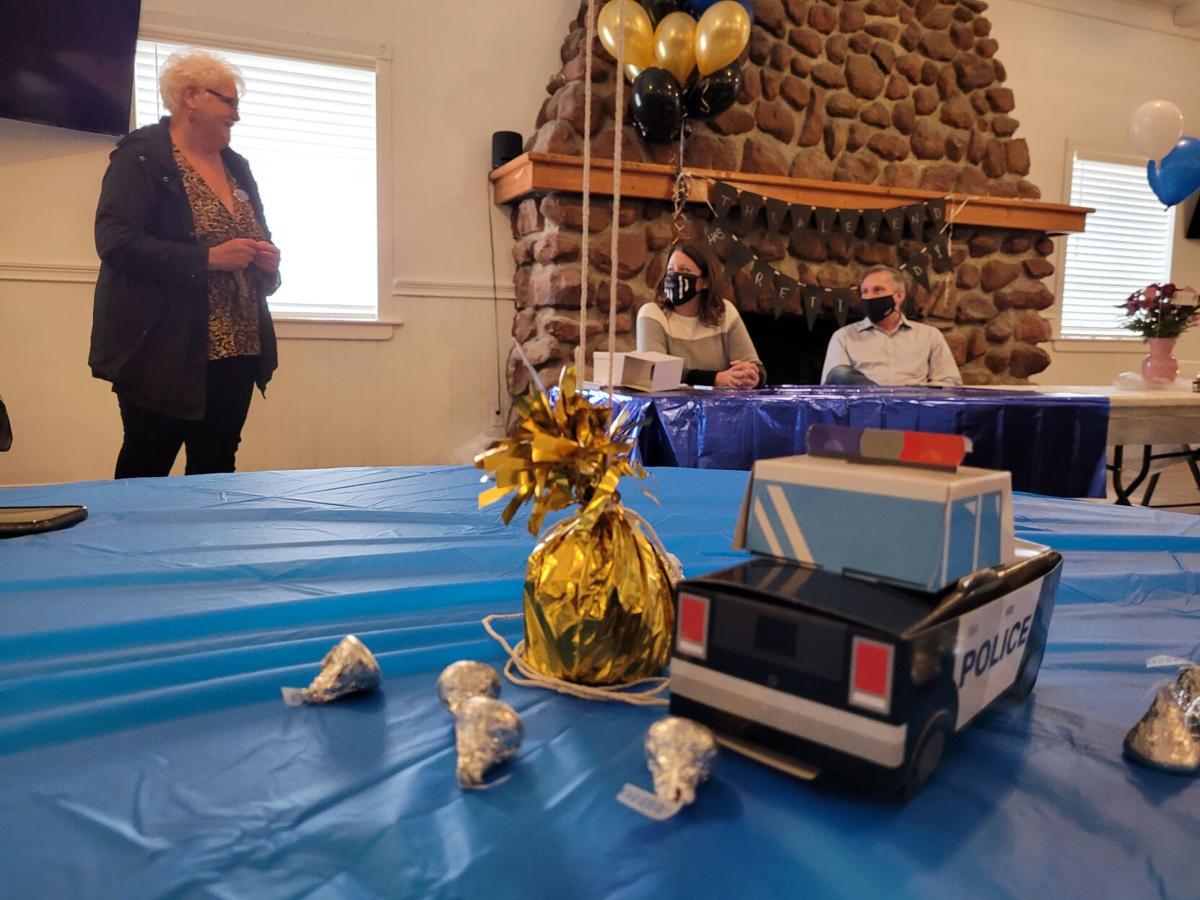 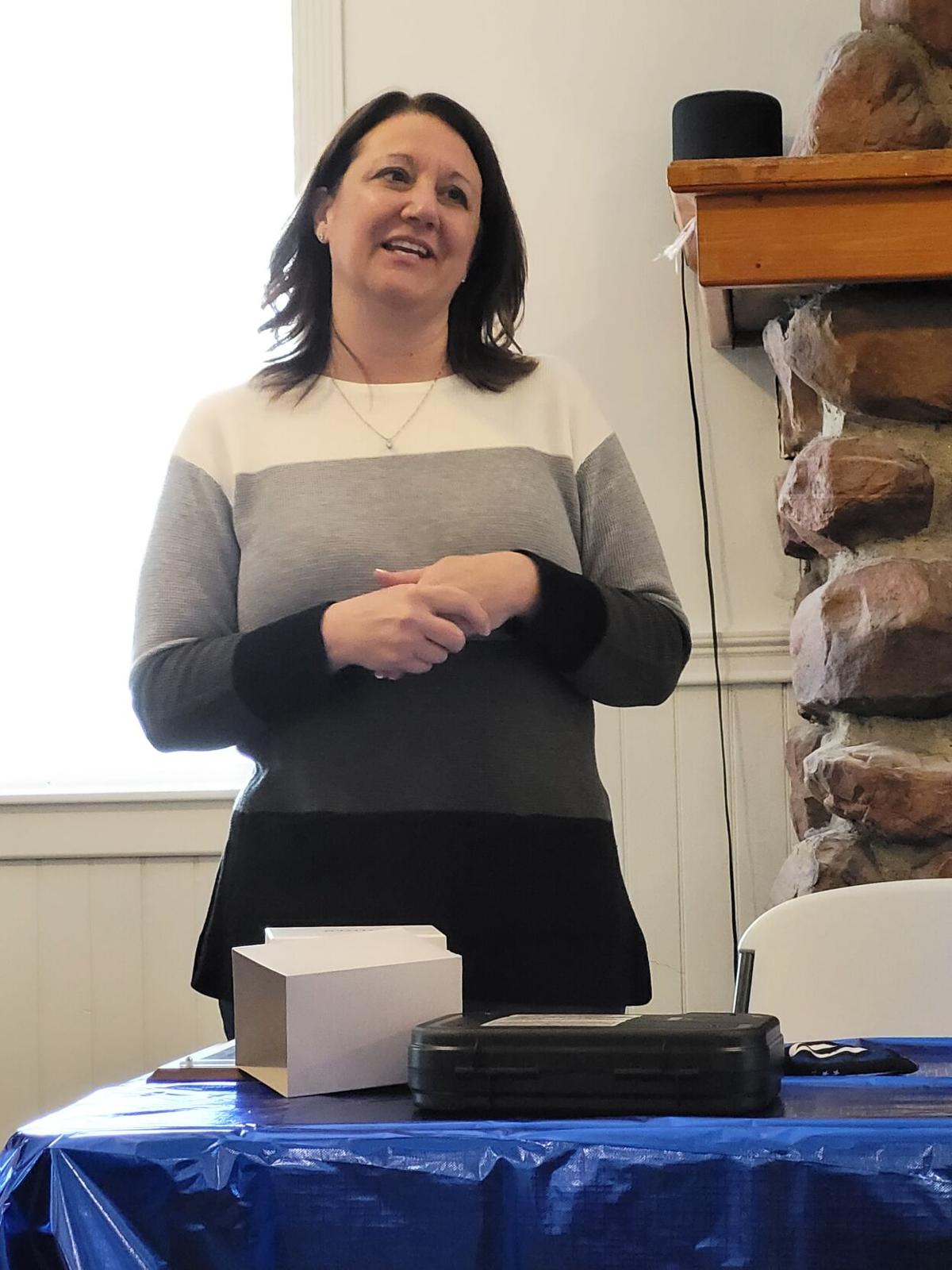 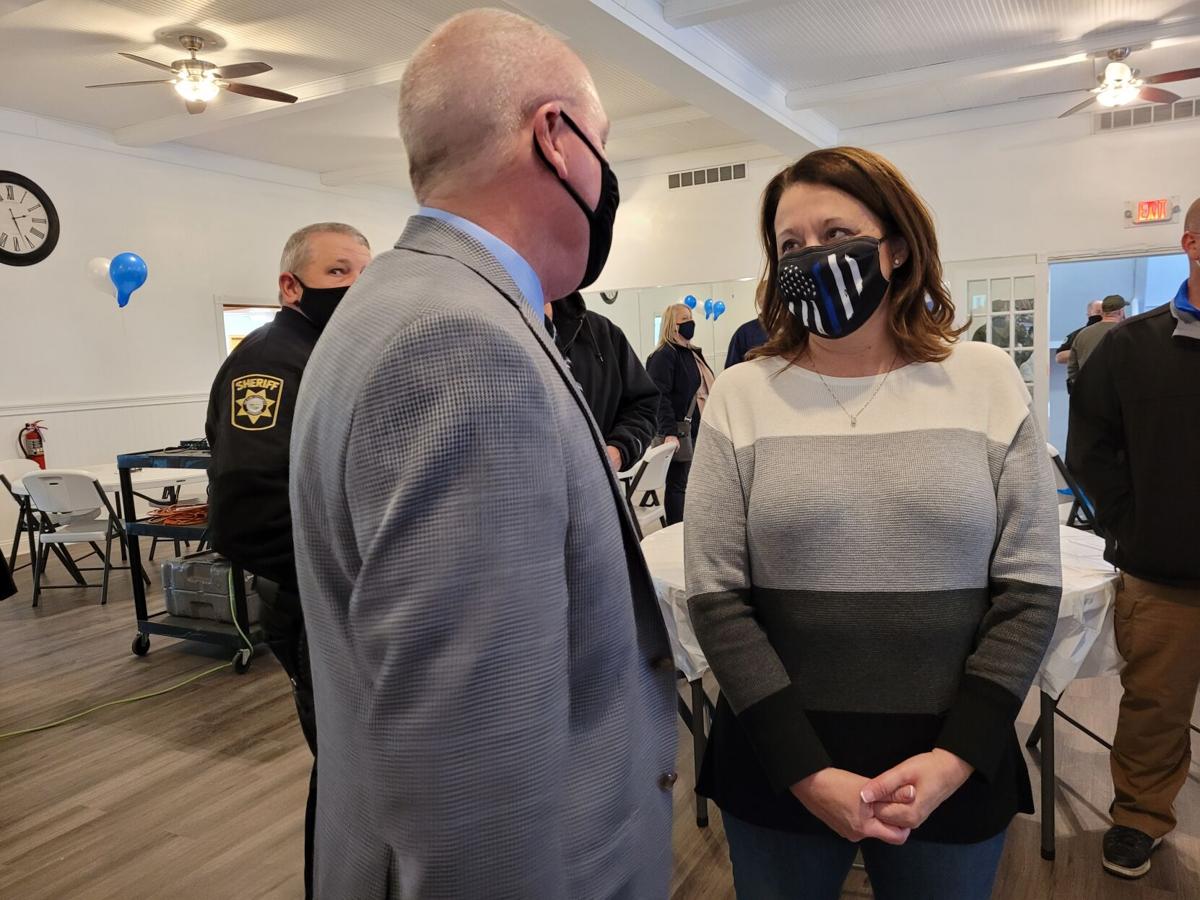 Trish Giordano left the Junction City Police Department after 28 years at the end of 2020, starting as a patrol officer at a time when women were generally not welcome in that role and ended her career the JCPD’s Captain of Investigations.

The department said goodbye to her at a reception Friday afternoon. People who knew her, including many people who had known her for years — since her early years at the police department — had an opportunity to speak at the event.

People told stories about her time on the department and reflected on their friendships with her.

Patty Maycroft, who met Giordano when Giordano was living in her basement apartment, talked about their long friendship and how they helped care for one another’s children.

“She helped me raise my children as I was divorced and then I helped her raise her daughter as she was divorced,” Maycroft recalled.

Maycroft watched Giordano’s daughter, Ryan, when Giordano had to work nights as an officer.

Maycroft spoke about purchasing a police scanner just so that she could keep track of Giordano when she was out on patrol around Junction City and about rushing, with her daughter Ashley, to the scene of a call in a neighborhood Giordano patrolled when she heard an officer was down after a confrontation. Giordano's arm was dislocated after the incident, but she would recover. But the story highlighted an important factor in her career as a police officer — she had people watching out for her.

“I’ve just always been very proud of her,” Maycroft said.

Her daughter praised her as well, saying she was proud of her mother for serving as a police officer and that her mother’s career was never a burden, even when Giordano was raising her as a single mother.

Police Chief John Lamb only met her last year, when he started with the JCPD, but still sang Giordano’s praises as she said her final goodbyes to the police department. He said Giordano had been an immense help to him, along with several other employees of the department, during the COVID-19 pandemic.

“I couldn’t ask for anybody (else) to go through that year with … COVID is a bad word now, but it’s still around,” Lamb said. “But I’ve been really blessed for the opportunity to work with her and learn from her and I’m really excited about what the future holds, not just for her but for us."

He presented Giordano with a certificate commemorating her time with the JCPD.

City Manager Allen Dinkel presented Giordano with a watch commemorating her many years of service to the JCPD and to Junction City.

Dinkel met Giordano six years ago, when he started with the city. He praised her professionalism on the job and said it was “bittersweet” to lose her on the police department.

“We hate to lose city staff, but I think the community has chosen a new role for Trish that I’m very excited about,” Dinkel said. “She put her name out last summer and the community chose her to be a county commissioner.”

Giordano retired from the police department — serving as a police officer having been a lifelong dream of hers — because she was elected to serve as Geary County Commissioner for District 1 in November of 2020.

Giordano thanked everyone who attended the reception. Her three best friends from Junction City High School attended, each of them coming from out of states for the event. Lee Slaten of Colorado, Marilyn Yosha Vidrine of Louisiana, Lori Richard Bubany of Texas returned to Junction City to celebrate their longtime friend’s retirement.

“I just thank everybody for all their support,” she said. “And especially my daughter, who had to sacrifice the most for my career to be successful.”

Giordano said she was “pleased and honored” to have so many people come to see her off on her new career as a county commissioner.

“It was an honor to serve this community as a law enforcement officer and now look forward to serving as a county commissioner,” Giordano said.