Several planes flew into Junction City this weekend for the National Biplane Fly In, which was held at Freeman Field. 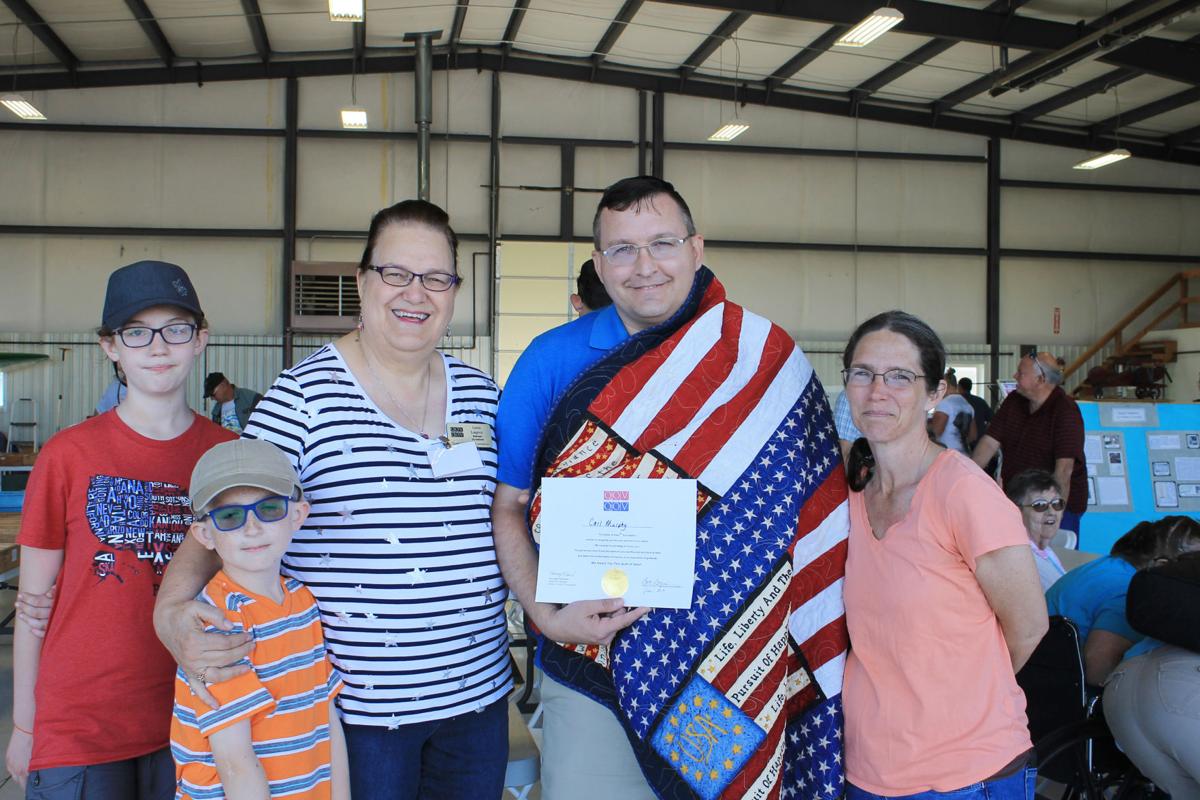 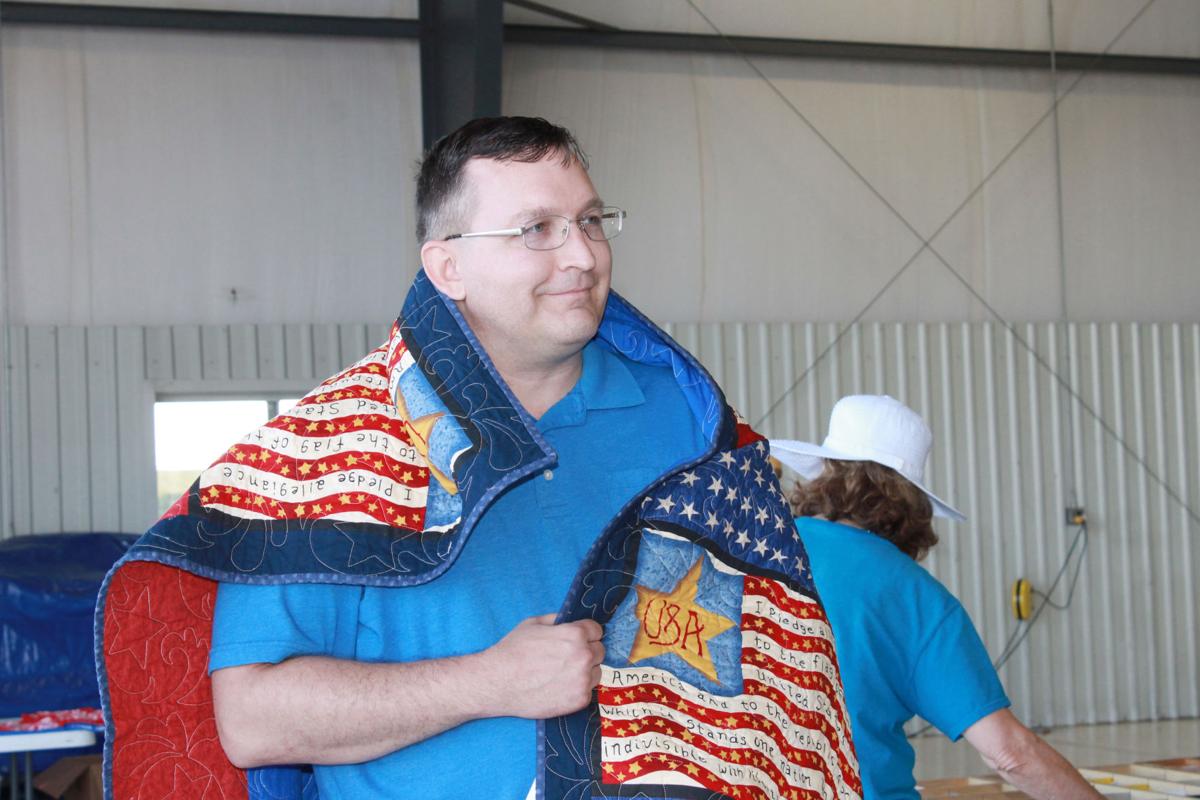 Carl Murphy is pictured with his quilt.

Attendees from across Kansas gathered to enjoy and celebrate the art of aviation Saturday in Junction City for the 10th annual National Biplane Fly In at Freeman Field.

According to Freeman Field staffer Donald Mansker, aviation pilots typically gather from across the nation to celebrate the annual event. The event was previously held in Oklahoma, but the venue was moved to Junction City, where it was held for the last time Saturday before the venue is moved to Wichita next year.

“The art of aviation is dying, so events like this are really important to keep it alive,” Mansker said.

The event serves as a great activity for families and people who love aviation, Mansker said.

Marvin Hornbostel — president of the Experimental Aircraft Association (EAA) — spoke about the importance of the event, and how significant it is in the community.

“We always have a big turnout of people, and that’s what we are all about,” Hornbostel said. “We like keeping this local. However this might be our last year doing it here. We hope to have something similar this fall because this airport is one of the best of its kind.”

Next year, the venue will be moved to Wichita in order to continue serving the growing crowds it experiences each year.

This year’s Biplane Fly In was particularly special because a long-time member of the community and Big Red One veteran, Carl Murphy, received a Quilt of Valor. Quilts of Valor are made through a national organization that aims to “cover” service members and veterans who have been affected by war. The organization aims to provide veterans and service members with comforting and healing quilts.

Murphy was surprised when he was recognized with the quilt at the event. He served in the Army for more than 20 years. Several years ago, Murphy suffered an injury from an explosion while on duty, yet he continued to serve his country until his retirement in 2018. Murphy’s wife, Theresa, spoke at the ceremony. She had wanted to request a Quilt of Valor for her husband for awhile, and after several months of coordination, was able to coordinate with Lora Lagree — a representative of the Central Flint Hills Area Quilts of Valor — to get a quilt made for her husband.

“It was a surprise,” Murphy said. “I served in the Army for several years so, after the fact, being recognized was a nice surprise.”

Lagree proudly presented Murphy with his quilt after thanking him for his service and commitment to the country. Murphy was thrilled to share the special moment with his family and attendees of the event.