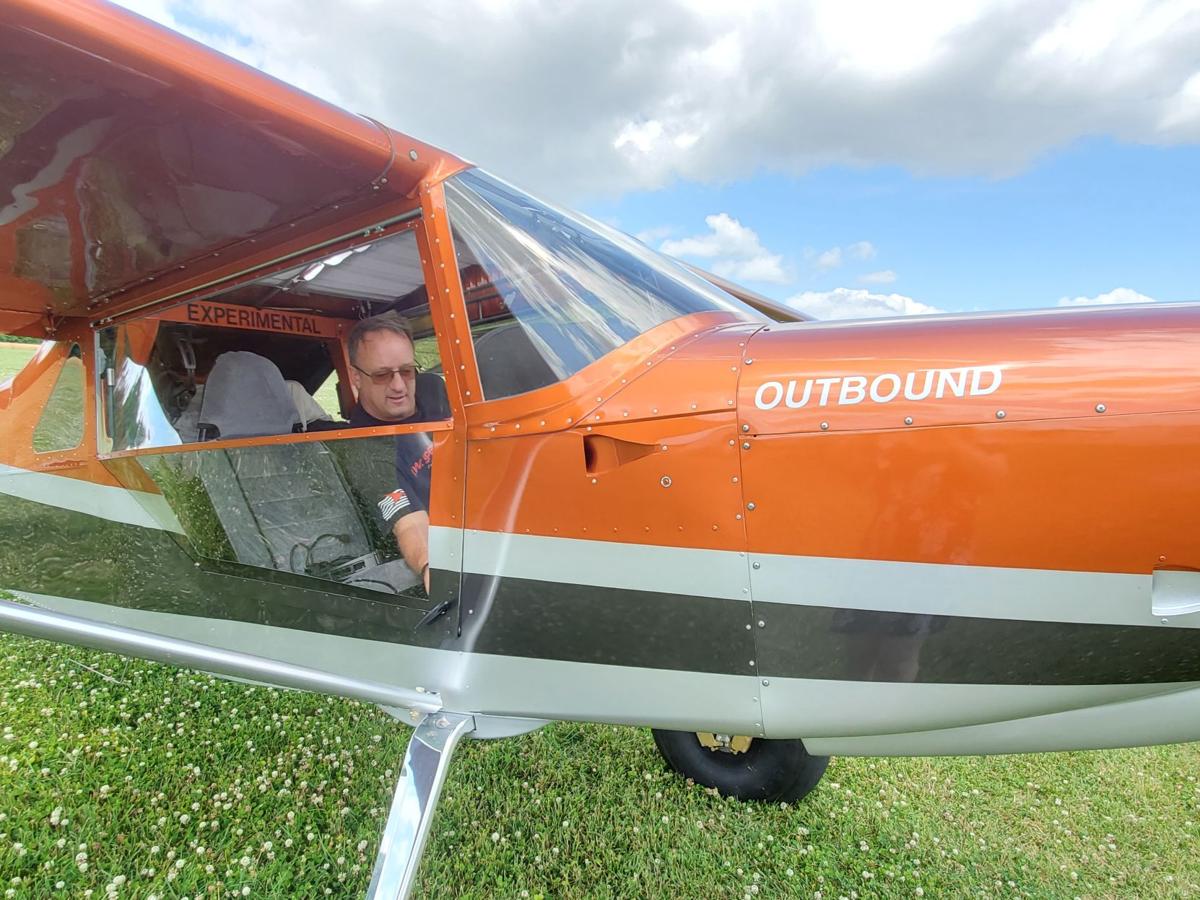 Brian Shirley of Dodge City prepares to take off after stopping in at the national biplane fly-in Saturday in Junction City. 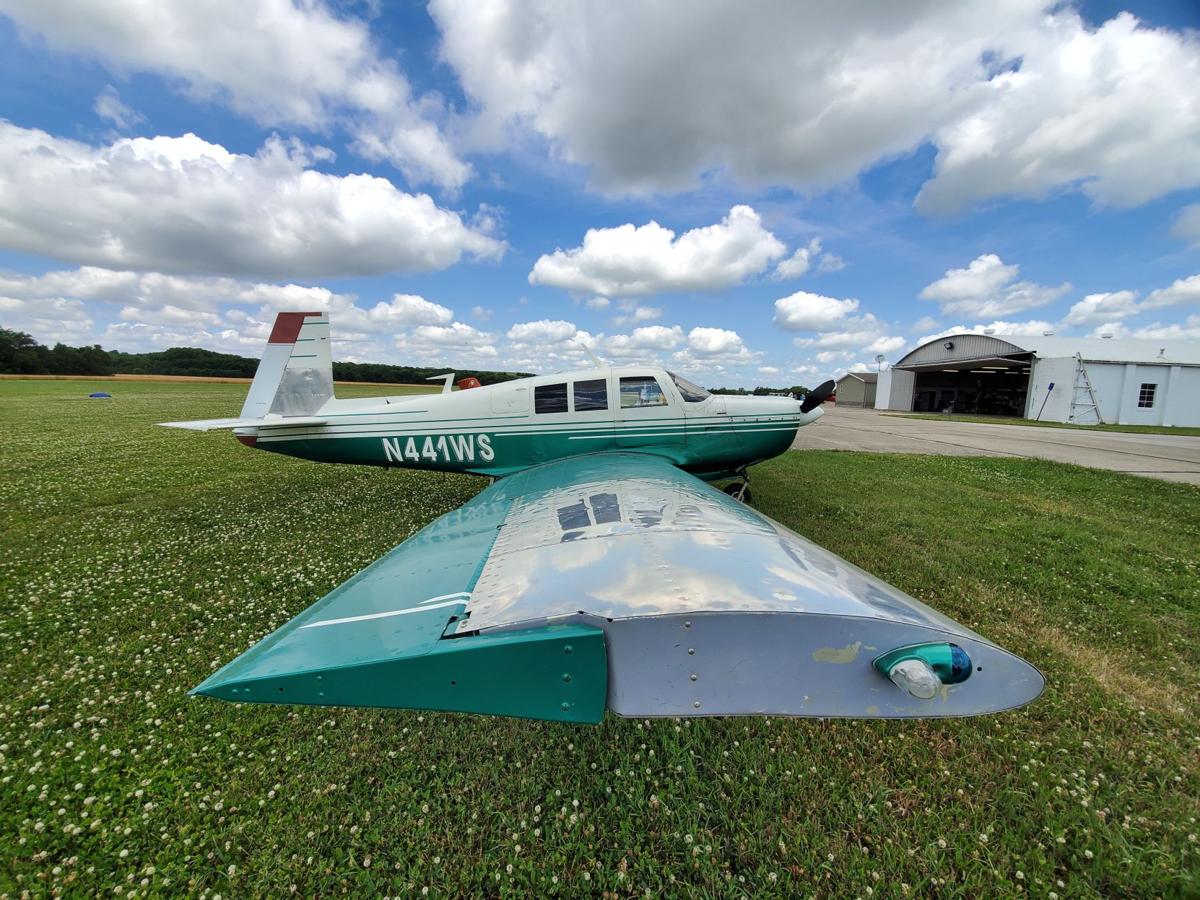 A plane belonging to Mark Ford of Salina sits on the grass at Freeman Field Saturday during this year’s national biplane fly-in. Clouds reflect off the wing of the plane. 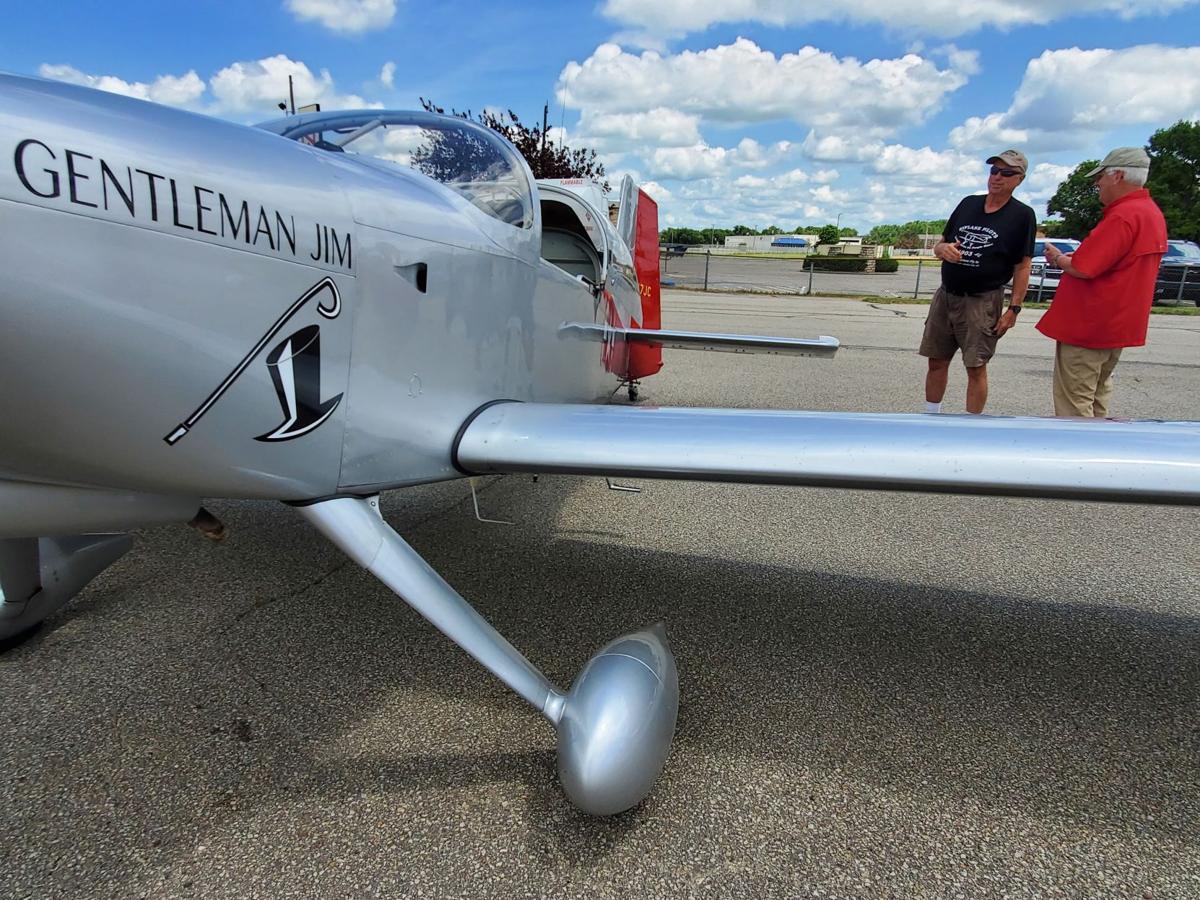 Jeff Edwards (left) and Jim Clark talk before preparing to return to Florida Saturday afternoon at the national biplane fly-in. 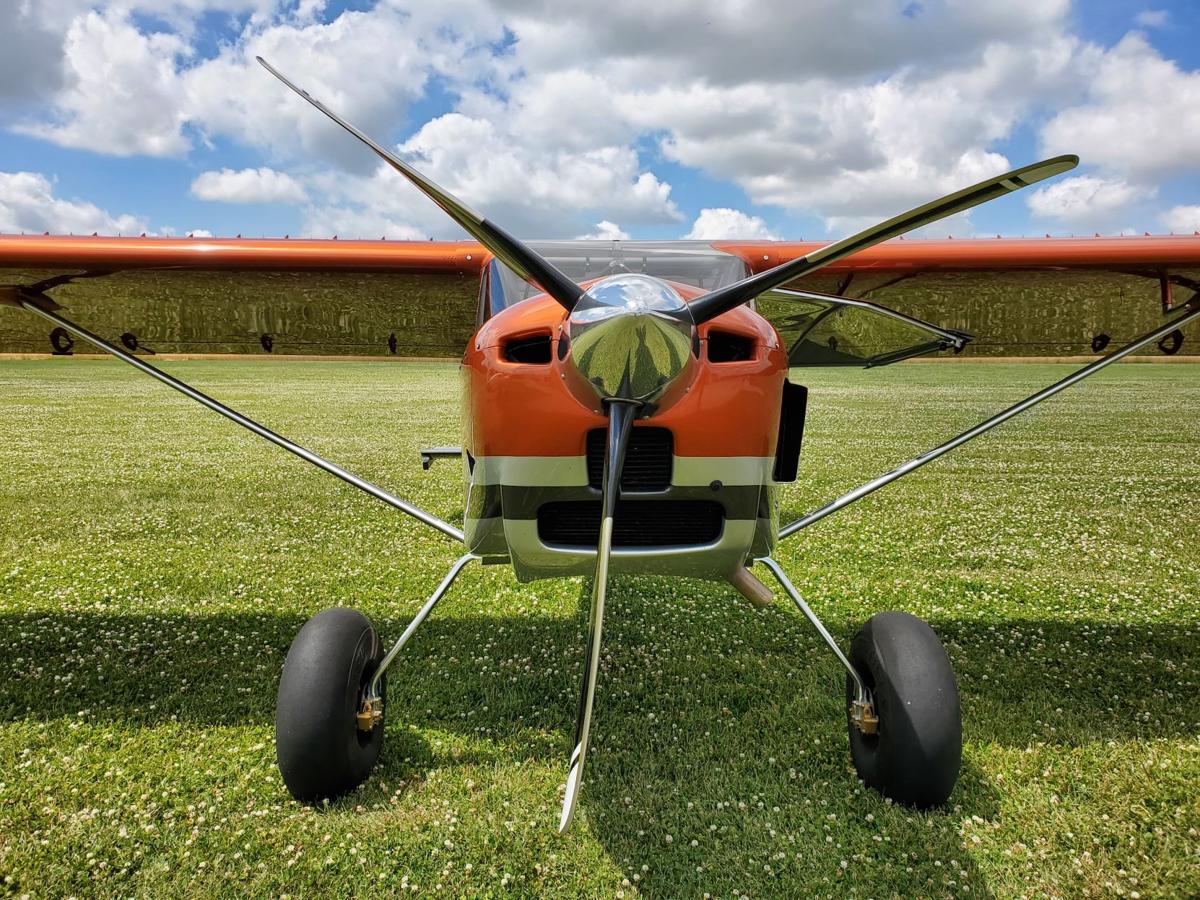 A small aircraft sits at Freeman Field Saturday during the annual biplane fly-in.

Brian Shirley of Dodge City prepares to take off after stopping in at the national biplane fly-in Saturday in Junction City.

A plane belonging to Mark Ford of Salina sits on the grass at Freeman Field Saturday during this year’s national biplane fly-in. Clouds reflect off the wing of the plane.

Jeff Edwards (left) and Jim Clark talk before preparing to return to Florida Saturday afternoon at the national biplane fly-in.

A small aircraft sits at Freeman Field Saturday during the annual biplane fly-in.

There were no spectators at this year’s national biplane fly-in, which took place Saturday, but that didn’t stop pilots from flying their small aircraft in to Junction City for the annual event.

Pilots from around the state and the country stopped off in Junction City for the yearly fly-in, including former Junction City man Jim Clark.

Clark, who now lives in Florida, received a special honor during this year’s fly-in.

He was presented with the Wright Brothers Master Pilot Award for 50 years as a pilot with no revocations of any kind and, Clark said, for spending those 50 years active within the aviation community, bringing others into aviation.

Clark has been a solo pilot since the age of 16, starting in high school after he traded an old pickup truck in exchange for flying lessons. He joined the Air Force ROTC and the Marine Corps PLC, but the Vietnam War temporarily grounded him.

But once he returned home to Junction City, he purchased the auto dealership that would later bear his name and took to the skies once again in 1981.

Clark has spent his time as a pilot volunteering with children through youth programs which introduce children to aviation who might not have otherwise had the opportunity to fly.

“My biggest concern is that there is not the opportunity,” Clark said. "If it's not on a screen, it doesn't exist … our motto here at this local EAA chapter is that kids won't know what they don't know. And how are they going to know what's out there unless they do the right Google search? No, you take them out and you show them, 'oh, this world exists.' And we've produced some military pilots and airline pilots out of this program. It’s ongoing and there are kids participating now.”

“They learn things and learn they're capable of doing things they didn't even know was something to do,” he said. “And that’s just positive."

Clark feels aviation is a dying art and he wants to keep it alive. Working with children is his way of passing down his skills to the next generation of pilots.

And it works, he said — there are a number of children who take part in youth aviation programs who go on to become aviators.

“There was a young man that walked into our wingnuts Kids program here 12 years ago,” Clark recalls. “He's now flying for Spirit Airlines."

In his life, Clark has owned about 38 airplanes. He has cut that number down significantly, largely due to the amount of maintenance that goes into keeping antique airplanes, but he still owns a handful of them. Though he flew in on Southwest, he said, to get to the event, he flew one of his own planes home Saturday when he left for Florida.

Acting Manager of the Wichita FSDO Joe Gonsalves attended the fly-in to present Clark with his award.

“It's a prestigious award we present to the pilots for their 50 years of aviation,” Gonsalves said. "Jim has been really active with the Young Eagles.”

Clark could have received his award in his new home state of Florida, but it seemed more appropriate to officials that Clark receive his award in Junction City during this year’s fly-in.

Multiple pilots took part in the annual fly-in, despite the lack of a crowd to see them in.

Mark Ford of Salina flew in using his 1967 Mooney M20F executive, a small plane he restored with help after getting his pilot’s license at his wife’s insistence.

He has taken part in the fly-in before and enjoys spending time with the friends he has met here.

Ford has been flying for six years.

“(It’s) something I always wanted to do since I was a kid,” he said. "And you know, when I turned 40 I finally had the means to do it. My wife said, 'you're gonna do it.’ I’d always wanted to. She paid $500 to a flight instructor to start my instruction and told the flight instructor, 'if he doesn't take the instruction, you don't give him the money back. And she knew I was so cheap, there's no way I would let that $500 go to waste. So I started taking lessons.”

Like Clark, Ford takes part in youth programs where children accompany experienced pilots such as himself into the air. Once they’re safely at altitude, the pilot can allow the child to take the controls and fly for themselves.

"That's always a lot of fun, especially when it's a kid's first time being in a plane,” Ford said. "That's probably my favorite thing is giving people their first ride in an airplane — watching their face as you lift off — and all the fear just melts away and they just get happy and excited."