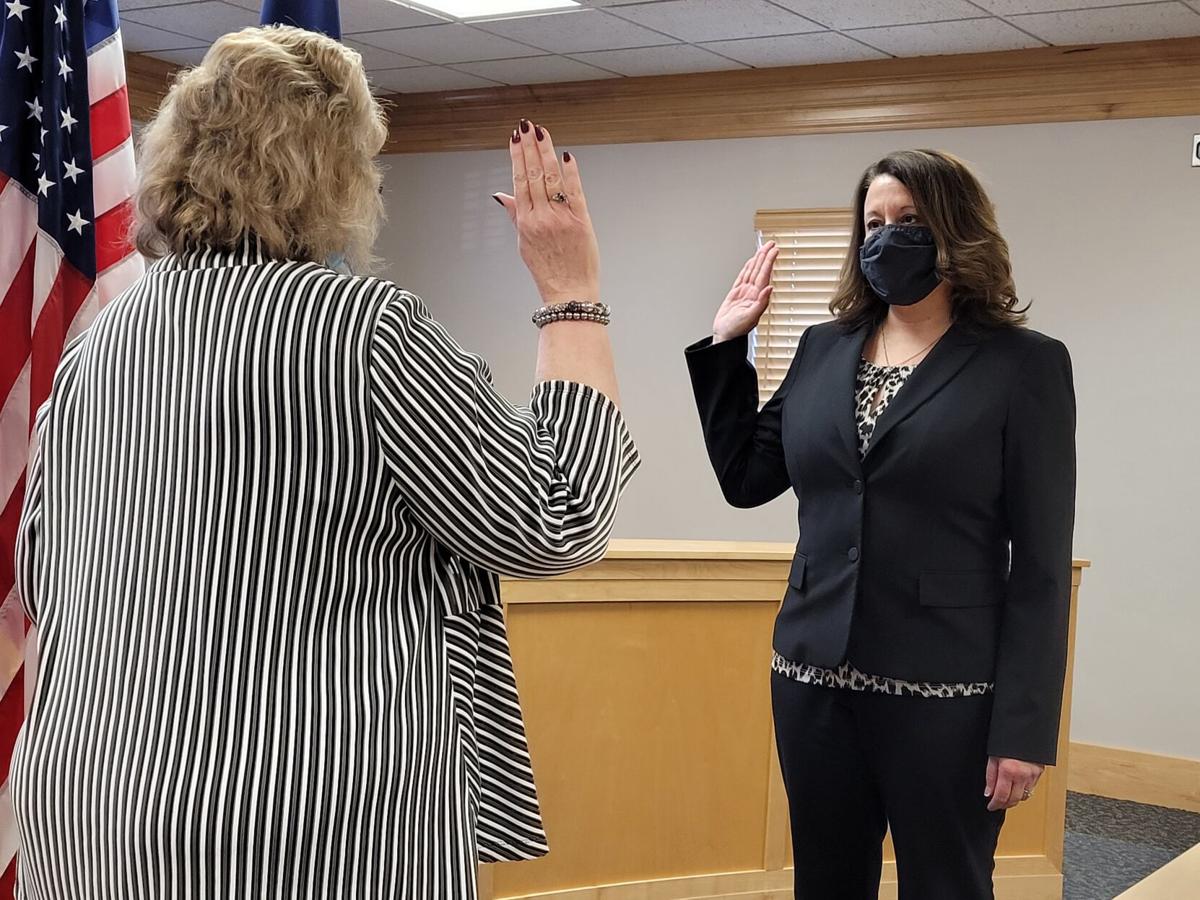 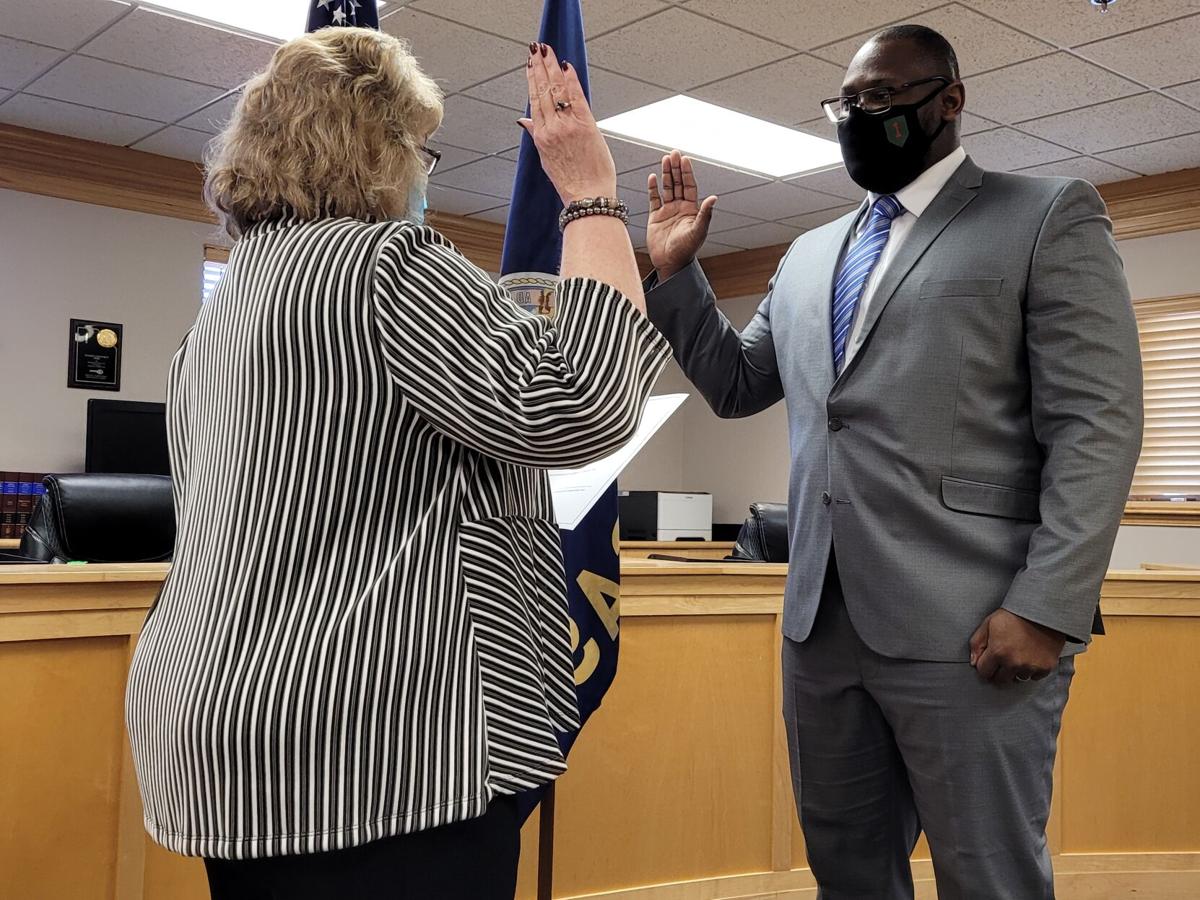 Newly-elected Commissioners Trish Giordano of District 1 and Alex Tyson of District 2 were sworn in alongside several other officials.

Geary County Treasurer Kathy Tremont will be sworn in later this year.

After taking their oaths of office, Giordano and Tyson officially took their seats on the county commission.

The commission discussed the format of the county’s agenda and talked about adding a public comment section in the mornings alongside the usual commission review and update.

“I was real adamant about getting people on the agenda for public comments because I know there’s been some complaints,” Giordano said after the meeting. “We work for the public, so we should be there for them if they need to talk to us, ask us questions, give us suggestions, complain about something — that’s what we’re here for.”

With the help of the county clerk, the commission reorganized.

The commissioners divided up the boards they wished to serve on for the 2021 year and elected officers.

Giordano said she was honored to have been elected to serve as chair. She said she planned to learn from Ascher, who had served as the commission’s chair for the duration of the 2020 year.

“I’m excited to get started and do a good job for Geary County,” Giordano said.

She said she planned to speak with the county’s department heads to get a feel for the atmosphere.

Giordano said she had a lot still to learn. The new commissioners will have a chance to talk with former Geary County commissioners and ask questions of them. They’ll also take part in new commissioner training, virtually, at the state level this week.

She said she looked forward to learning as much as possible about Geary County and listening to the concerns of others.

Tyson said he looked forward to learning the ropes of being a county commissioner.

“I need to learn,” he said. "Campaigning, that was a different animal in itself because you had information, but you also needed to speak with the public. And I want to talk about what I’m passionate about instead of throwing out everything that I want to do. Because I think if you’re passionate about it, you’re going to work hard at trying to make sure that you’re doing right by the public. So yeah, I want to learn. I’ve got to meet with the different department heads, elected officials and learn the steps of how to be a county commissioner.”

Some of the passions Tyson hopes to bring to his work as a commissioner include the possible construction of a sports complex-esque project in the community, making sure Geary County's roads are safe, especially in the vicinity of the new Junction City High School, helping with the county’s COVID-19 response by working with the city to put a concrete plan in place to administer COVID-19 vaccinations, and making Geary County more accessible for young families.

“I hate to see, every weekend, families packing up to go elsewhere,” he said.

He said his first official meeting as a commissioner had been “fast and exciting."

“I think we have the chance to do great things over the next couple years, so I’m excited,” Tyson said.