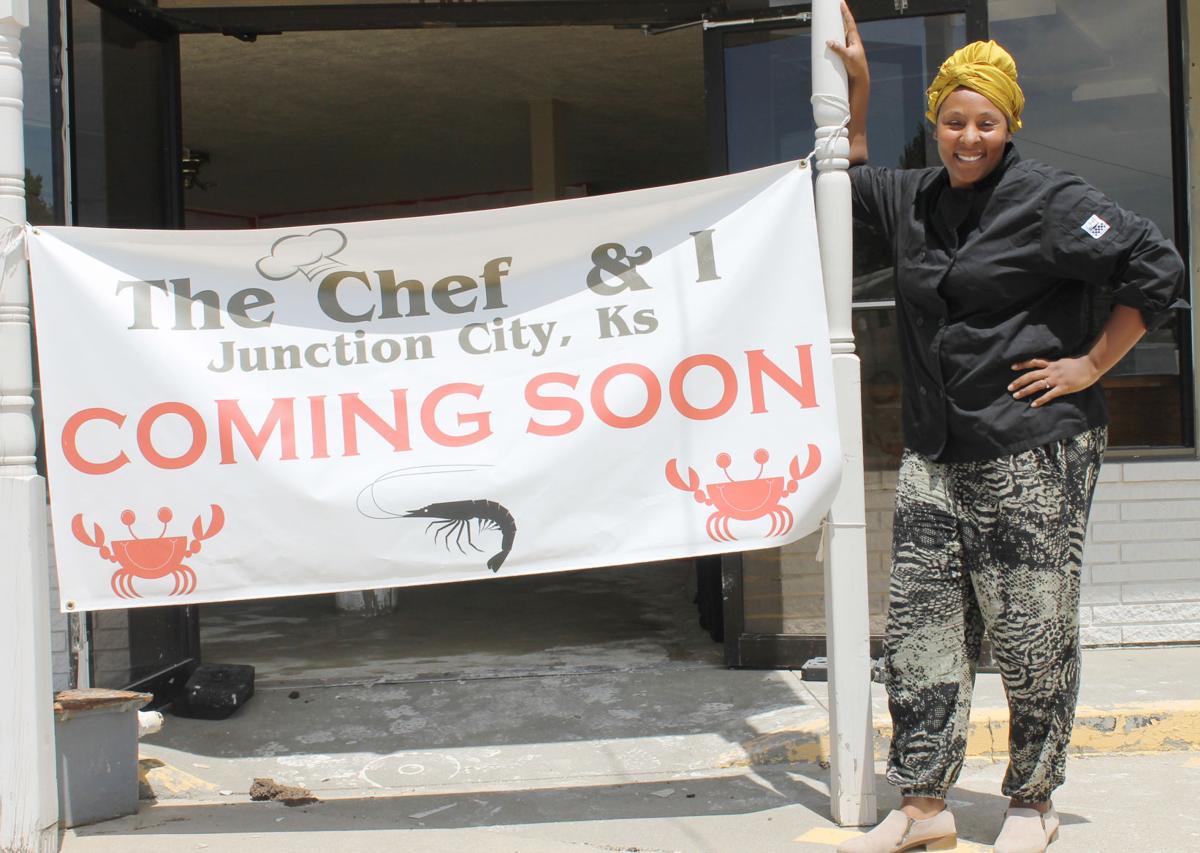 Kalecia Simmons plans to open a new Junction City restaurant called The Chef and I in July. 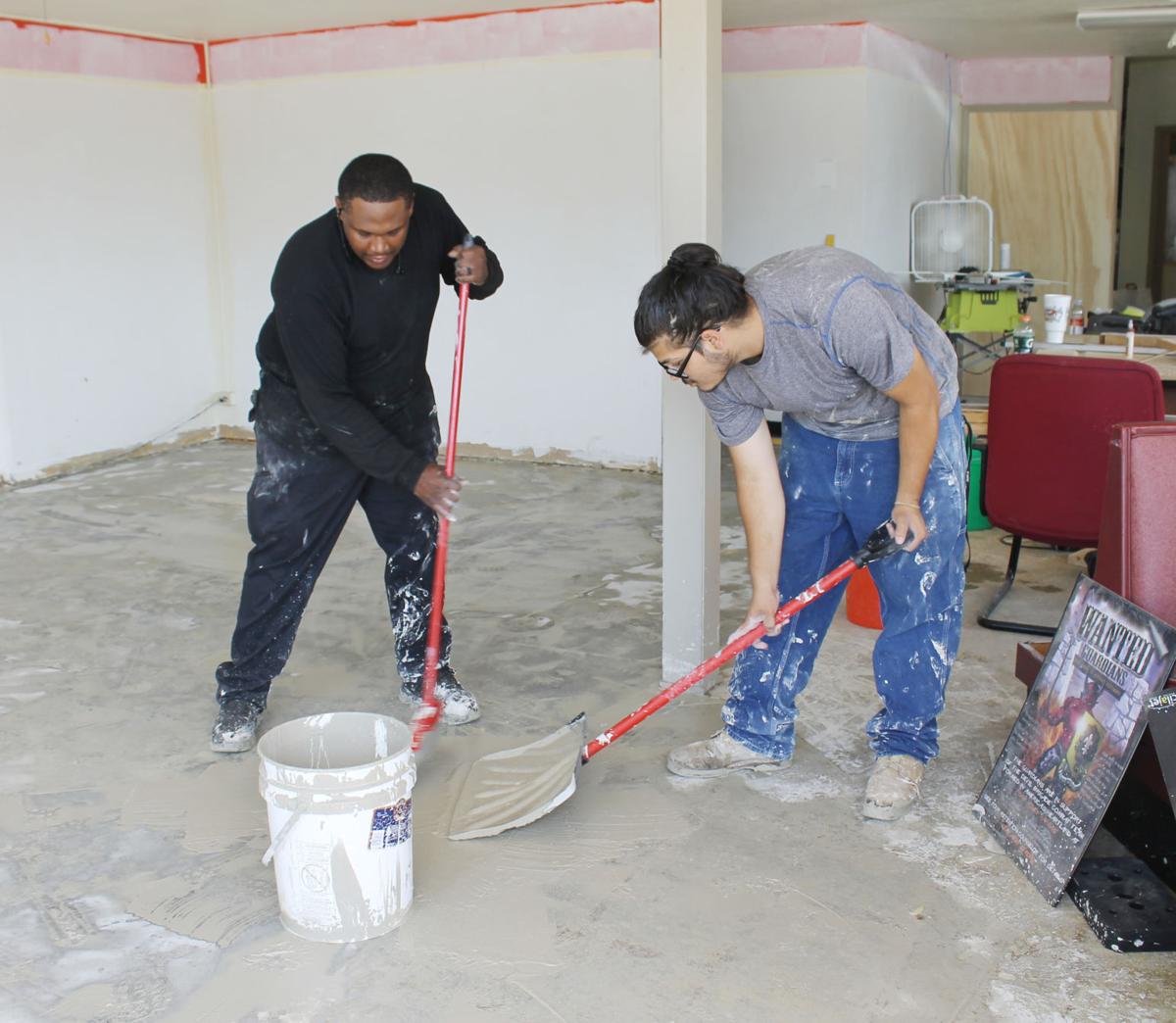 Erik Wyatt (left) and Gabriel Martinez — from Concrete Plus — work on the building at 1735 N. Washington St., where Kalecia Simmons will open The Chef and I. 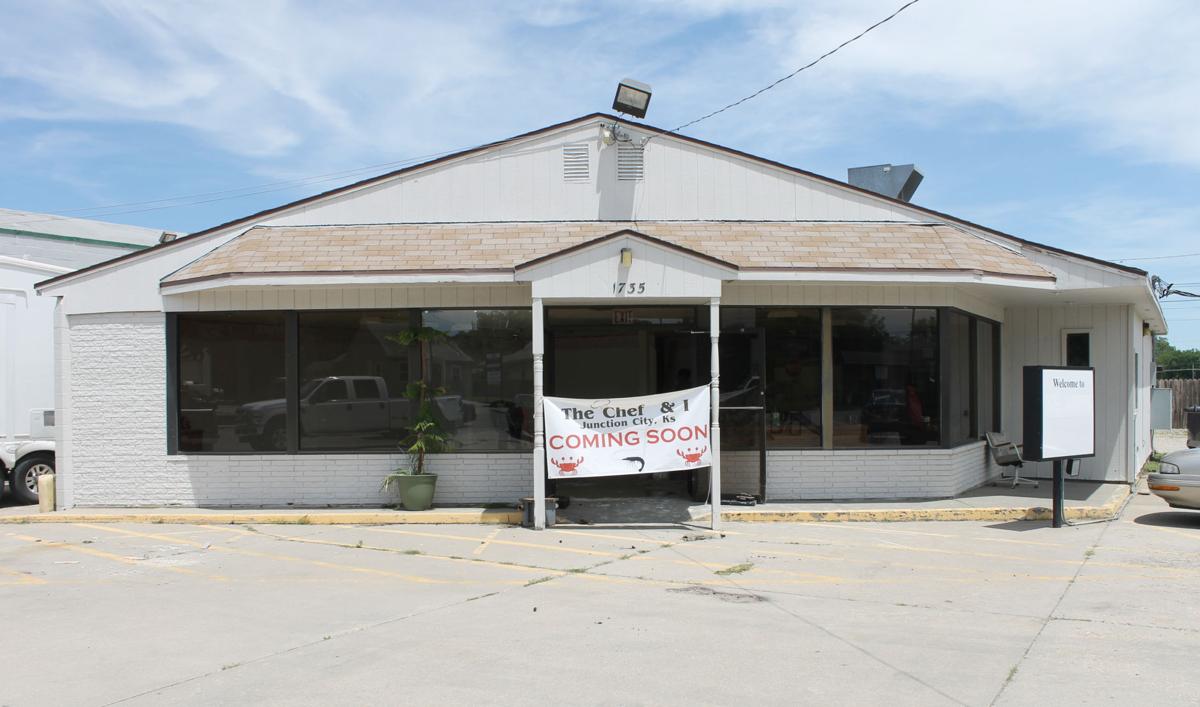 The building at 1735 N. Washington St. was previously a U-Haul rental business. But after remodeling is complete, it will be a restaurant called The Chef and I.

Kalecia Simmons plans on offering several dishes that are rarely available to locals at her new Junction City restaurant.

Simmons is in the process of remodeling the facility at 1735 N. Washington St., where she plans to open a restaurant called The Chef and I. The facility has not been operational for at least 10 years, Simmons said. It last served as a U-Haul rental facility, but it was a restaurant before that, and it has a conventional kitchen she will use. Workers have stripped paint from the walls and pulled up the carpet there. A concrete floor has been laid, and Simmons has removed blinds to improve lighting in the building.

“The appearance will be like a very modern bistro,” Simmons said. “It’s not going to be too fancy, but it’s not a sports bar either. There will not be TVs on the walls. It will be upscale, but casual, convenient and affordable.”

Simmons is from Murfreesboro, Tenn., and graduated from Le Cordon Bleu College of Culinary Arts in New Hampshire in 2006. She worked with many different chefs in Nashville, Tenn. The Chef and I will serve a fusion of many different types of food, including Caribbean, Haitian, Cajun, southern comfort and international soul dishes. Simmons will manage the restaurant, but will do a lot of the cooking there as well.

“It’s my passion to be behind the food,” Simmons said.

Some of the dishes Simmons will offer include catfish, shrimp, an overloaded baked potato, Kansas Crack Mac and Cheese — which will include five cheeses with fried seafood on top — and barbecue salmon. A Kansas City food purveyor will deliver seafood to the restaurant twice per week. Simmons will acquire live crabs from an Asian food store in Manhattan, she said. She will also offer locally-produced dishes.

“I want to do a lot of farm-to-table stuff,” Simmons said. “I will have ox tail, offered from local farmers.”

The Chef and I will be open from 11 a.m. to 8 p.m. Monday through Thursday, and from 11 a.m. to 10 p.m. on Fridays and Saturdays. Simmons will offer a brunch menu on Sundays from 2 to 6 p.m. The brunch menu will include biscuits and gravy, chicken and waffles, macaroni and cheese, a soul food plate and various vegetables, including collard greens.

The Chef and I will offer catering, and is already booked on catering services through July, Simmons said. She is waiting for tables and chairs to be delivered, but plans to open the restaurant sometime during the first two weeks of July.

“I would ideally like to open during Sundown Salute, when a lot of people will be here from out of town,” Simmons said. “But I’m waiting on tables and chairs, so we’ll see.”

Simmons is currently offering a promotion, in which anyone who calls the restaurant — at 785-390-0444 — will get 10 percent off their first order.

“It gives me a way to reach out to customers, get feedback and hear what they want to see,” Simmons said.

Simmons also plans to schedule live music performances — featuring jazz and blues music — at The Chef and I eventually.

For additional information on the restaurant, visit TheChefandIKansas.com or the Facebook page at The Chef and I.