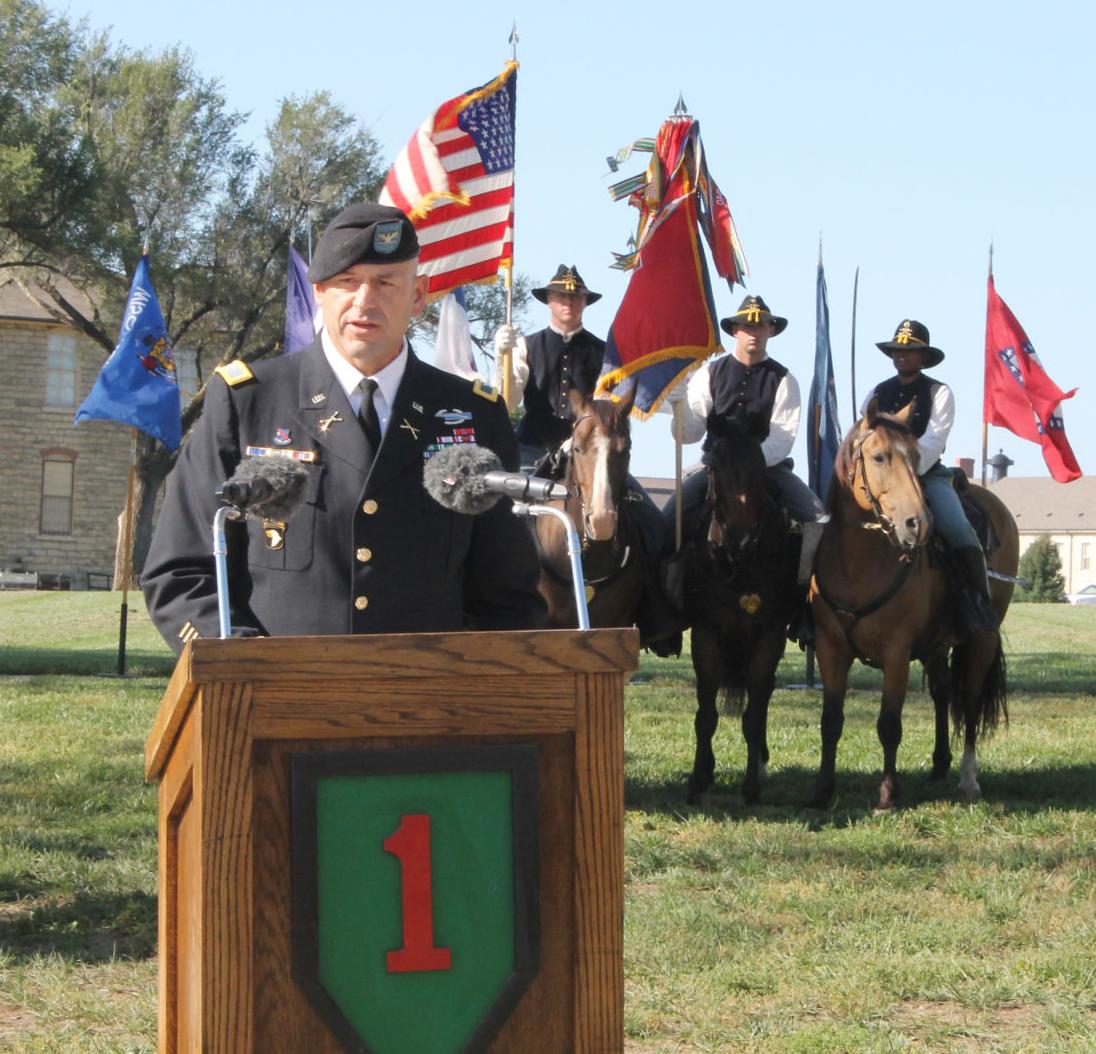 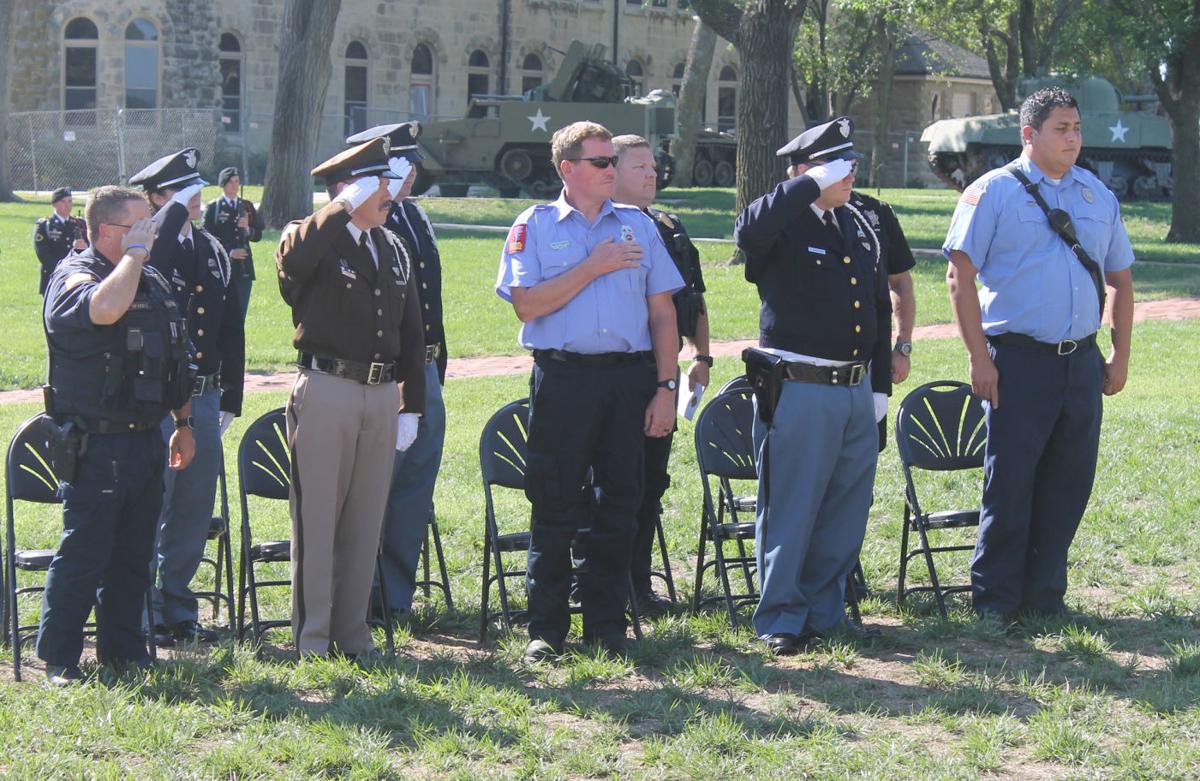 First responders from Junction City, Manhattan and Fort Riley were honored during the ceremony. 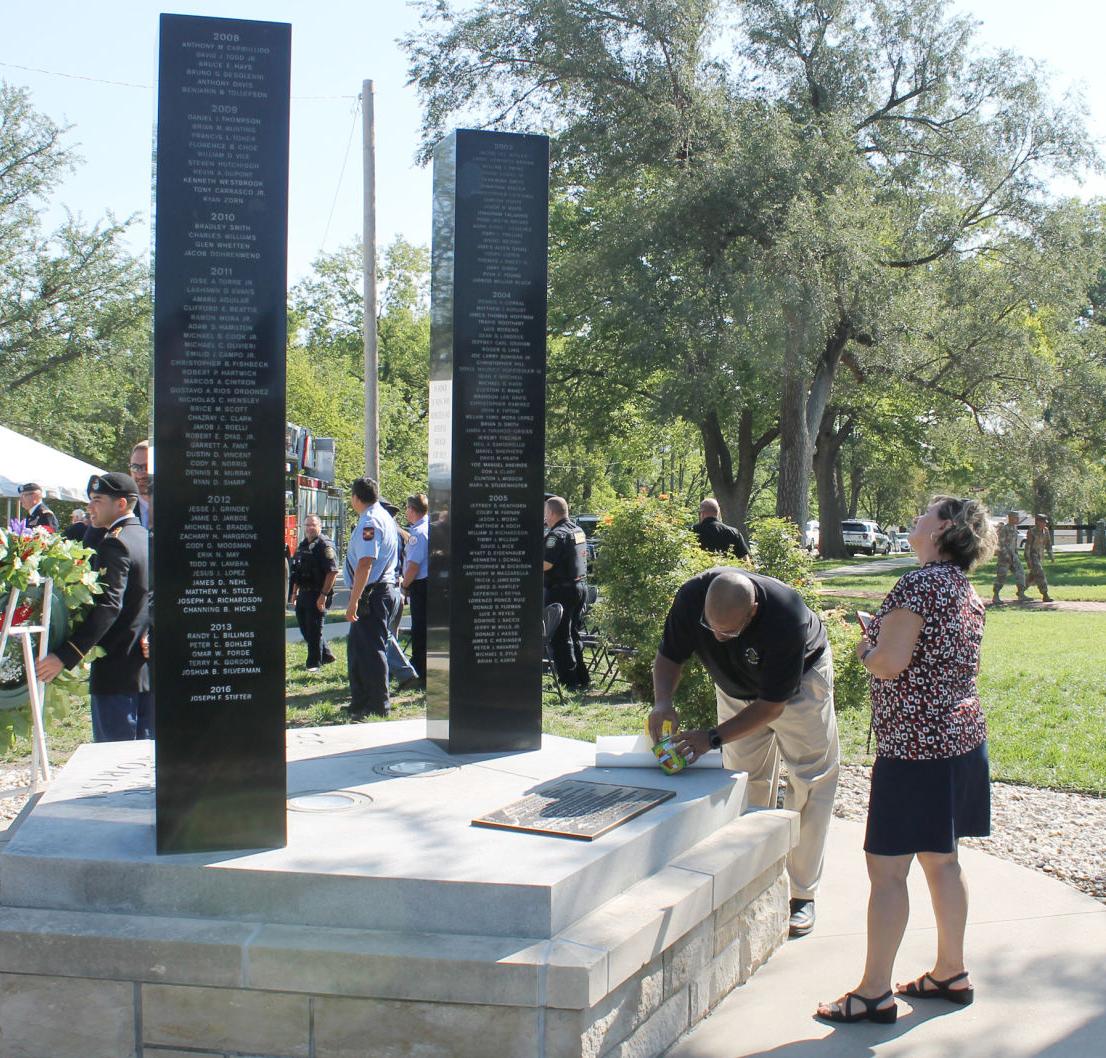 As soldiers and community members gathered around the Global War on Terrorism monument Tuesday, they were thankful that no names had been added to it this year.

Fort Riley hosted a 9/11 commemoration ceremony at the monument, which is located on the east side of Cavalry Parade Field. The monument is a small replica of the World Trade Center Twin Towers on a Pentagon-shaped base. It bears the names of Fort Riley soldiers who have given their lives in Afghanistan and Iraq. Fortunately, no names were added to the monument this year, which marked the second year in a row no new names were added to it.

Col. Stephen Shrader — the U.S. Army garrison commander at Fort Riley — spoke about the feelings many soldiers and Americans have when reflecting on the four coordinated terrorist attacks against the U.S. on the morning of Tuesday, Sept. 11, 2001. He said loss, sacrifice, valor, bravery and commitment come to mind.

“Those are but a few of the words that come to mind when we think about Sept. 11, 2001, and those who lost their lives,” Shrader said.

Many first responders from Junction City, Manhattan and Fort Riley were present, and soldiers honored them during the ceremony. Shrader said first responders were the first to answer the call for help on Sept. 11, 2001, and recalled images of Americans running into the World Trade Center’s flames to save lives.

“Police officers and EMTs were the first to show the resolve of this nation,” Shrader said.

Shrader recognized Gold Star Families, which refers to people who have lost family members in the War on Terror. Macey Jackson — a Gold Star Family member whose husband died in March 2016 — attended the ceremony. The Columbus, Ohio, native now lives in Junction City, and she talked about her feelings on commemorating 9/11.

“A lot of people don’t realize the sacrifice our soldiers make daily for our freedoms,” Jackson said. “It’s important so people don’t forget. There are so many family members left behind.”

Jackson and her husband had been married for five years, and she was pregnant at the time of his death. She said she never misses an opportunity to celebrate his life, although the past couple years have been challenging.

“You have to take it day by day and stay focused,” Jackson said. “I still had to push through and show that we can’t give up on our dreams.”