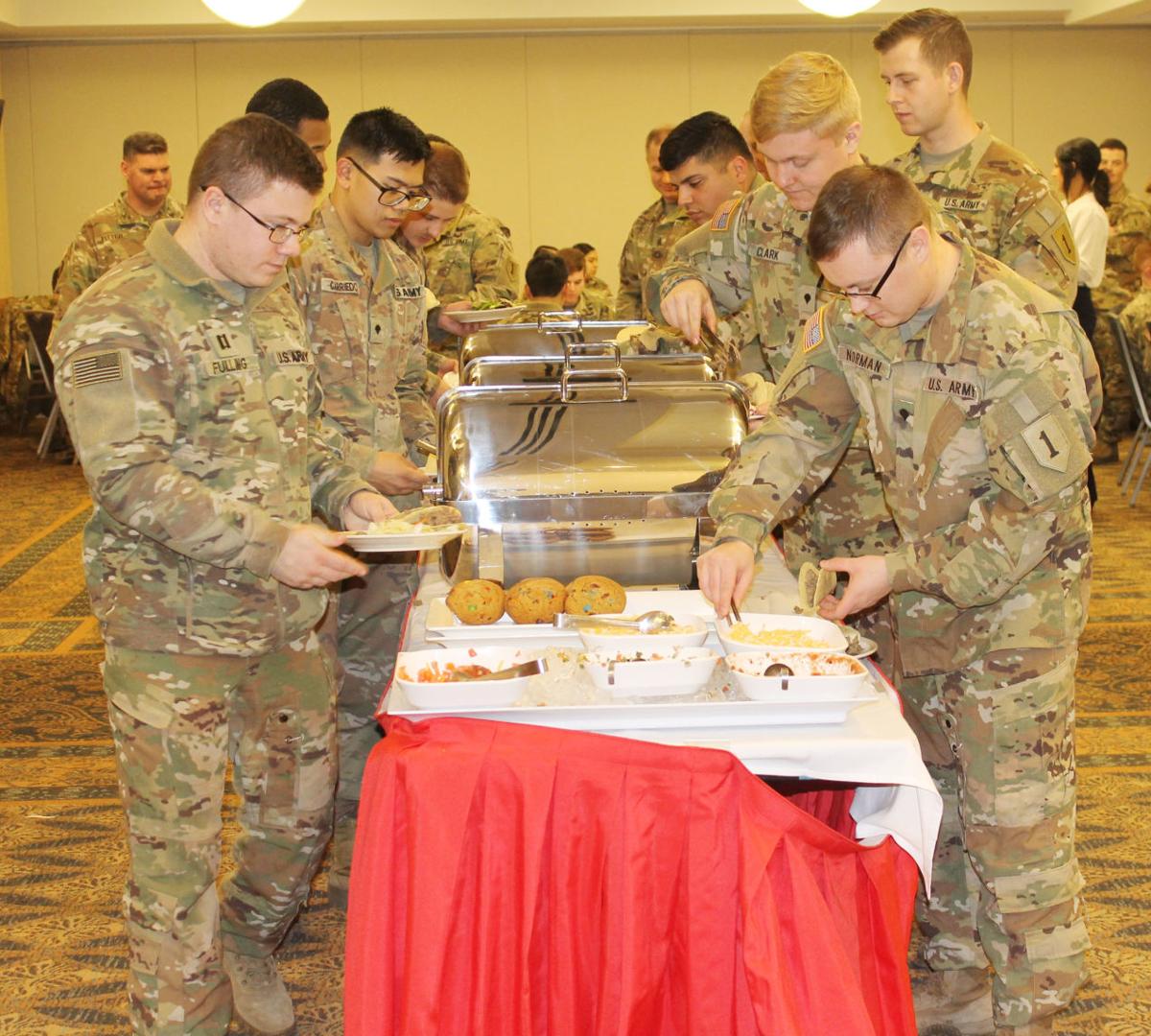 Fort Riley soldiers were treated to a pre-deployment prayer luncheon Tuesday at the Fort Riley Conference Center. Approximately 400 soldiers will soon be deployed to the Middle East, and the luncheon gave local spiritual leaders a chance to issue support. 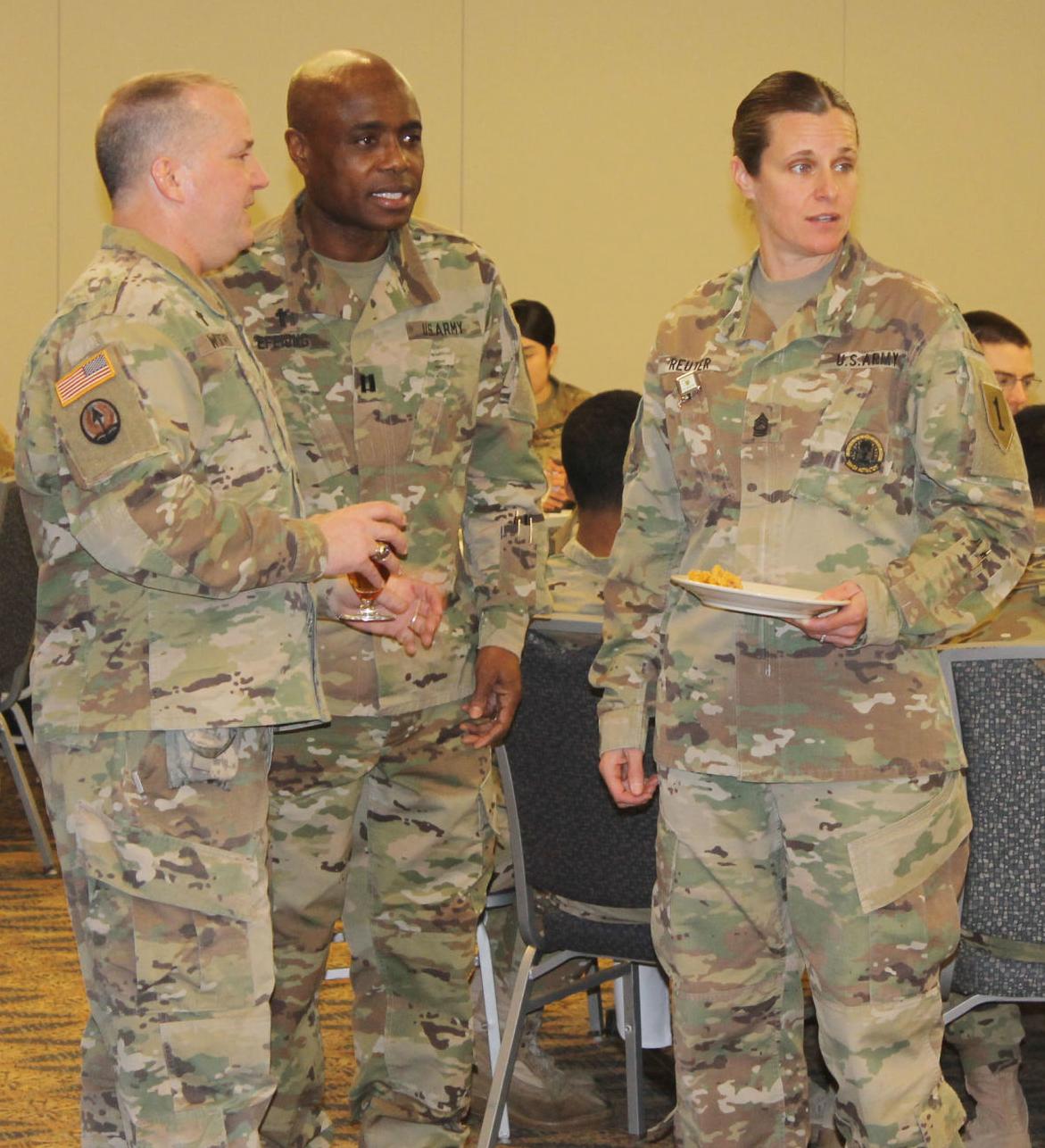 Chaplain Joseph Effiong (center) will organize activities for soldiers while they are deployed to help boost morale. 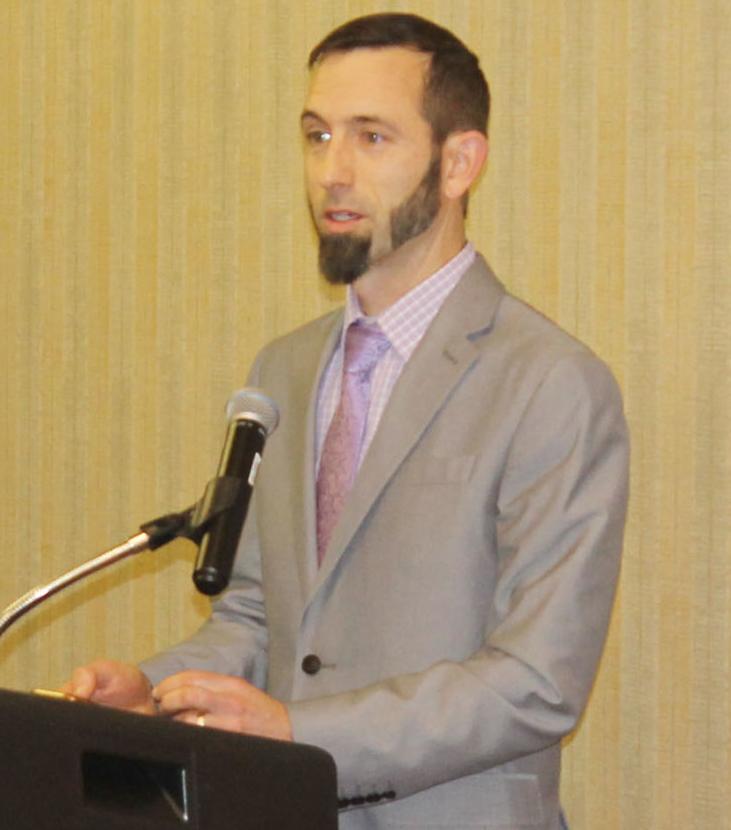 B.J. Solander — president of the Geary County Ministerial Association — was one of several local pastors who issued prayers for the soldiers during the luncheon. 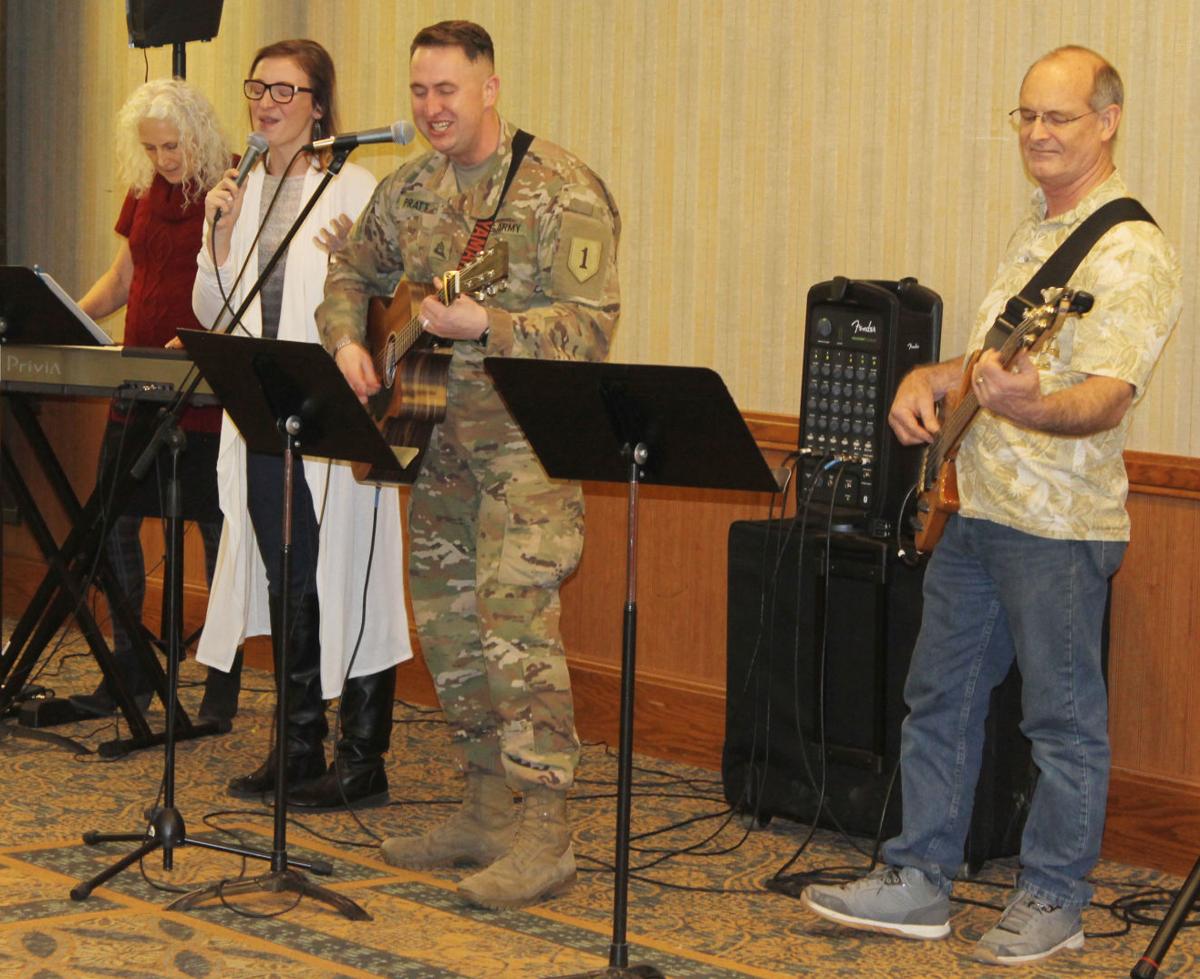 The JC NAZ band performed for soldiers during the luncheon.

U.S. Army Chaplain Joseph Effiong organized a pre-deployment prayer luncheon for the soldiers, which was held at the Fort Riley Conference Center. Effiong said the soldiers have been training hard for their deployments.

“You have to be mentally and physically tough,” Effiong said. “But this is for spiritual fitness, so I’m bringing that element to it.”

The departing soldiers are part of an aviation unit — including many pilots — and Effiong will counsel and support soldiers who are in need while they are in the Middle East. He will also organize activities to help improve morale.

“I’ll be doing Bible studies, and will host movie nights to boost morale,” Effiong said. “I’m responsible for the welfare of these soldiers. We have a team of doctors and psychiatrists.”

The deployment will last nine months, and soldiers can miss several family events while they are away, including births of children and graduations, Effiong said. But, there are many ways soldiers can keep in touch — including the use of social media — and Effiong can assist with keeping soldiers connected.

“I make sure they can still be parents and nurture marriages,” Effiong said.

Lt. Col. Glenn McQuown appreciated the diverse set of religious leaders in attendance, as several pastors from Junction City and Manhattan were on hand.

“There’s clergy from congregations across the community,” McQuown said. “They came together to show support for them while they’ll be gone.”

Pastor B.J. Solander — president of the Geary County Ministerial Association — was one of several local pastors who issued prayers for soldiers. He prayed for the soldiers to champion one another within their division.

“Use this division to pull together for the greater impact, not only to the division, but to all of those they serve,” Solander said. “Give us fortitude to keep improving.”

Col. Curt Taylor — the chief of staff for the 1st Infantry Division — addressed the soldiers. Taylor said he is a veteran of four deployments, and advised soldiers to take advantage of the opportunity, set goals and remember who they are. He said the most important thing for them to do will be to develop strong relationships with their peers.

“We build a brotherhood,” Taylor said.