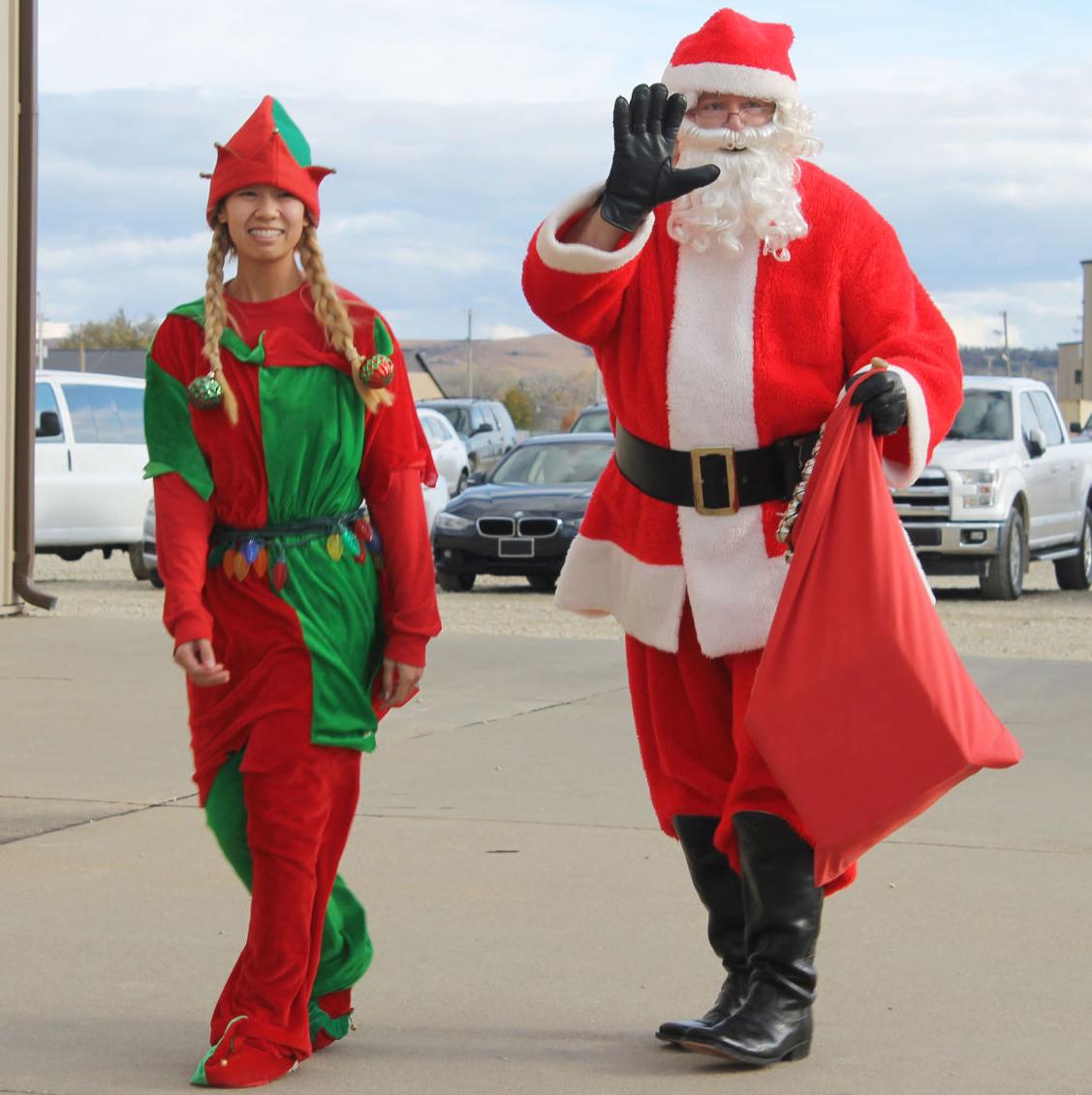 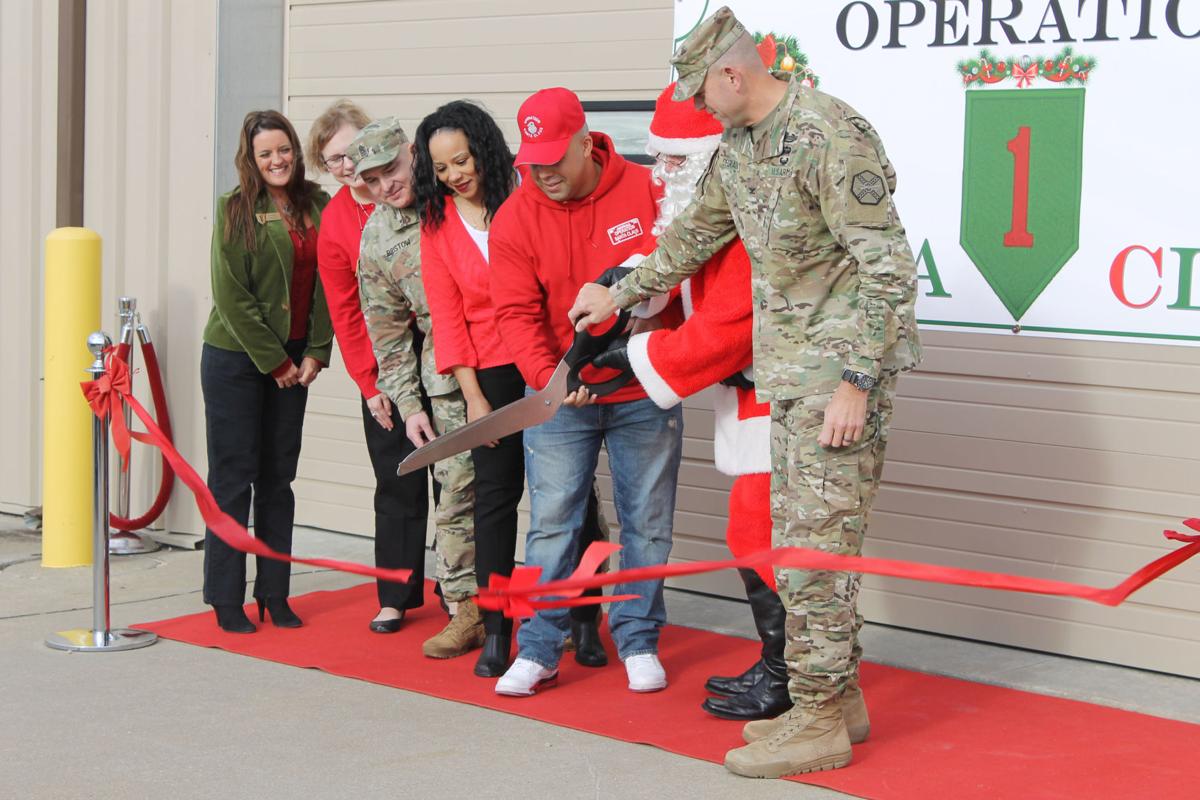 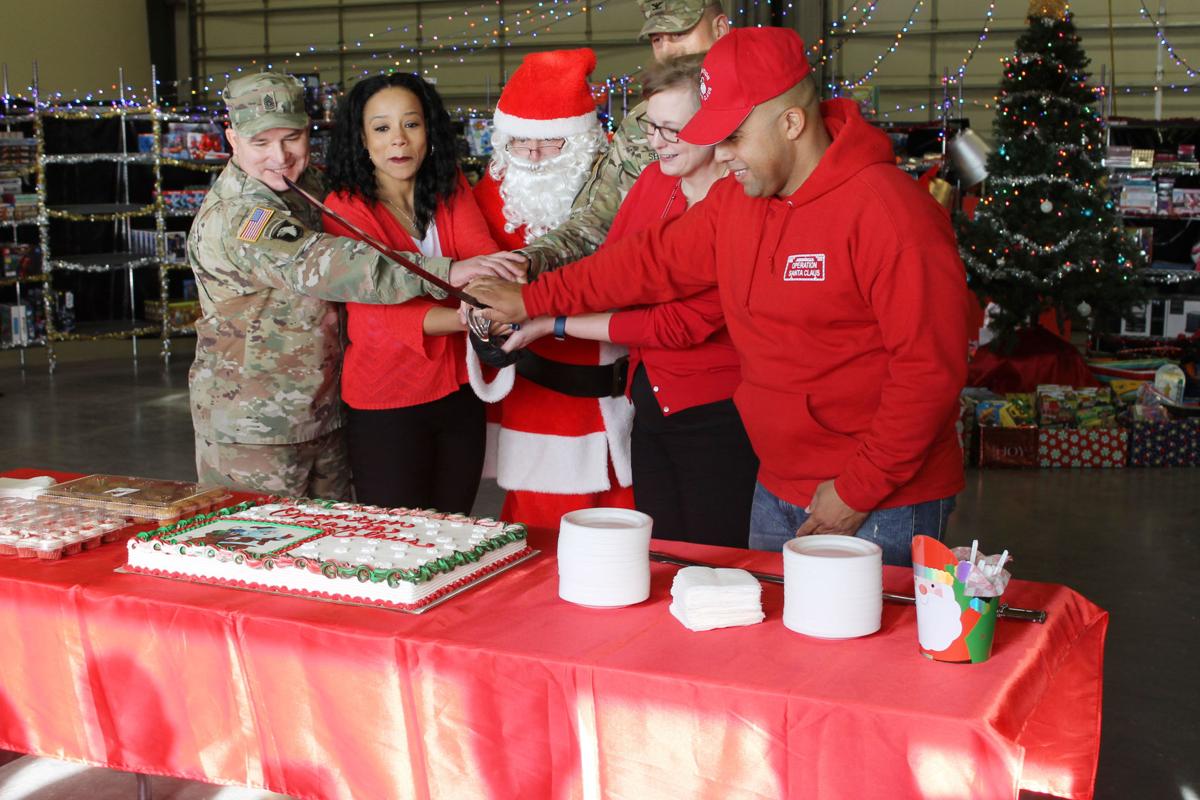 Santa prepares to lower a saber to cut a cake during Monday's celebration. 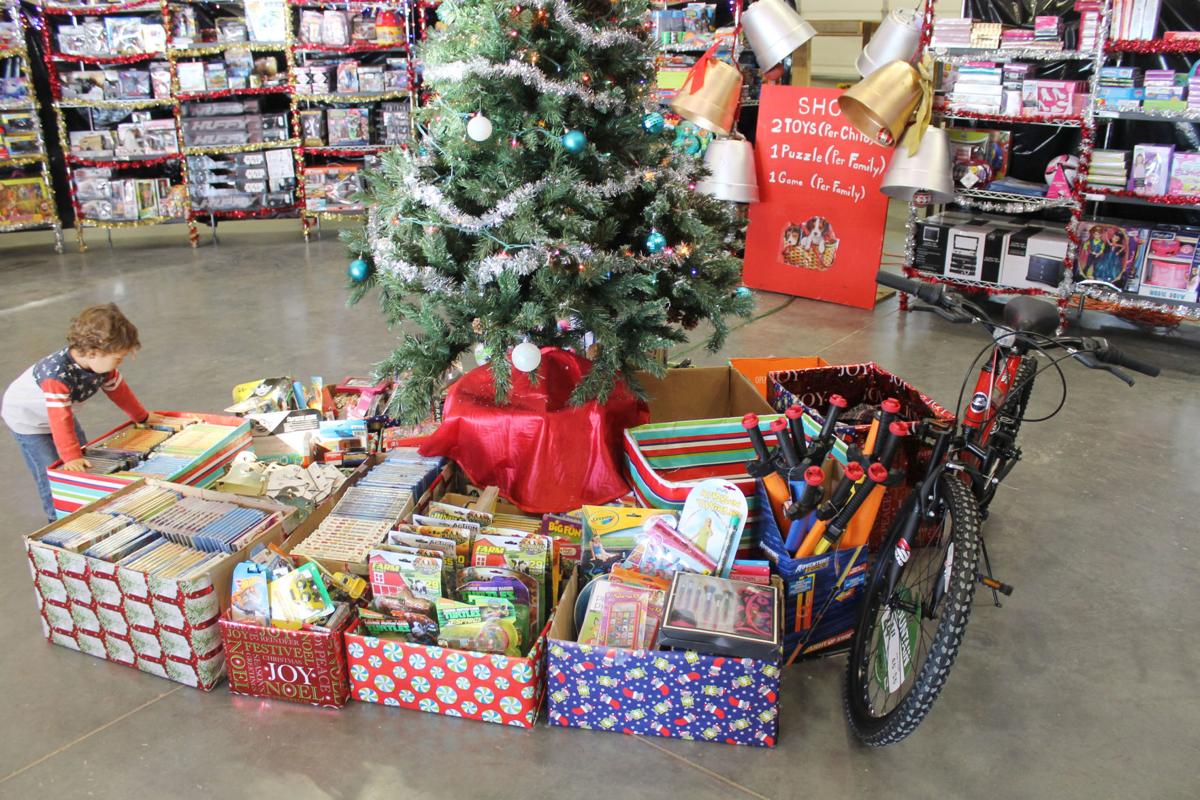 Several gifts have already been collected for Operation Santa Claus, and were on display at the ceremony. Donation boxes are located at businesses in Junction City, Ogden and Manhattan.

U.S. Army officials got a head start on spreading some Christmas cheer Monday at Fort Riley.

Col. Stephen Shrader — the garrison commander of the 1st Infantry Division at Fort Riley — said the past success of the program represents strong ties between Fort Riley and its neighboring communities.

“I think it’s a testament to community partnership in the Flint Hills region,” Shrader said. “It shows the relationship that has been built over the years; it’s one big family. At the end of the day, it’s helping soldiers and kids at Fort Riley that may not have had the privilege (otherwise). I can’t think of a better way to spend a day in November.”

Visitors joined military officials in singing “Here Comes Santa Claus,” and the bearded man in red made a boisterous appearance as well.

Sgt. 1st Class Bryan Ferguson is heading the operation for the first time this year. A group of seven volunteers has been assisting him with gathering presents since Oct. 1.

“We’ve gotten a lot of calls,” Ferguson said. “Twice a week, I send volunteers out.”

Operation Santa Claus is accepting donations of new, unwrapped toys in the $15-20 price range for children who are 18 or younger. Donation boxes are located at businesses in Junction City, Ogden and Manhattan.