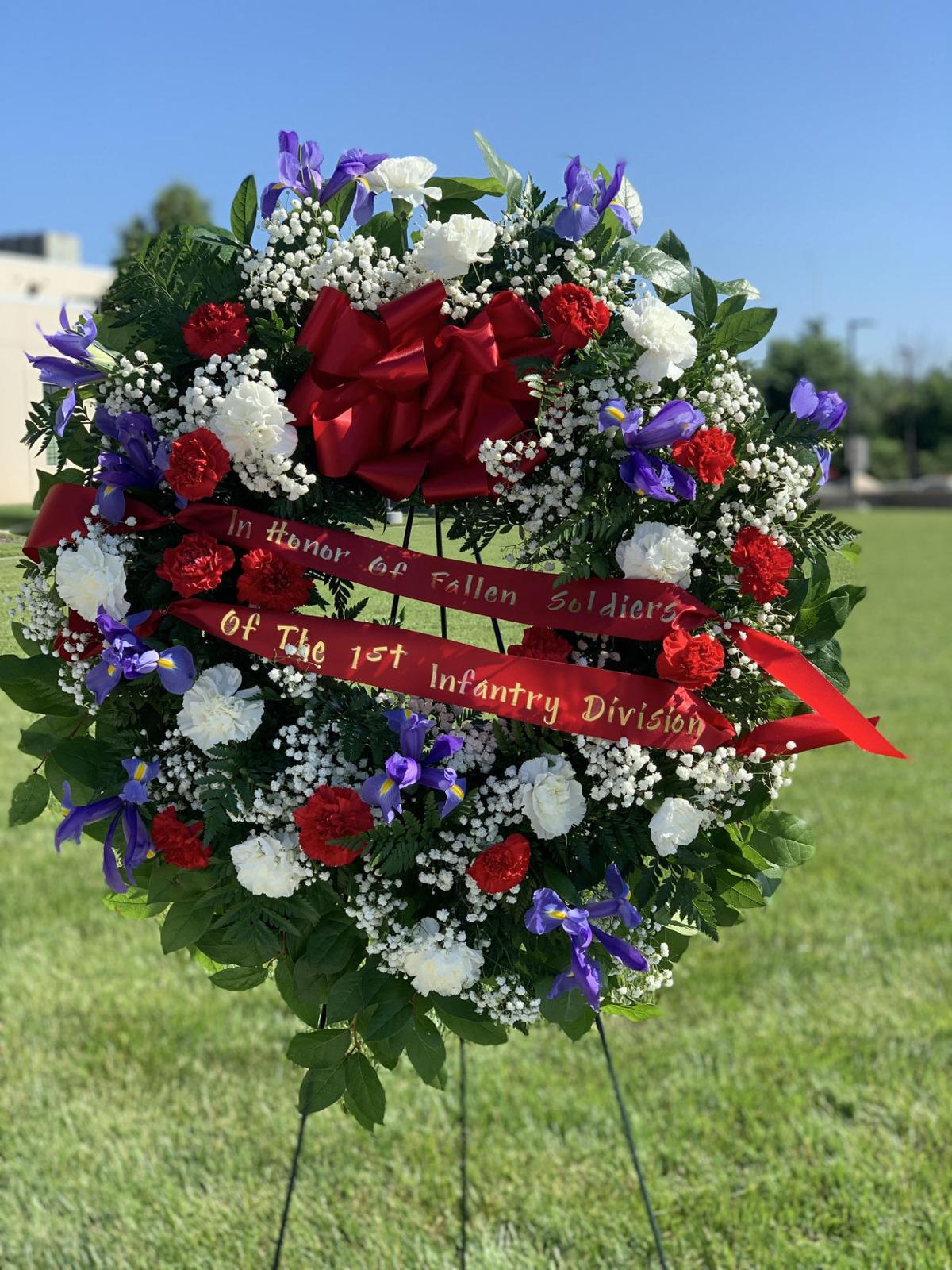 A wreath that was laid in front of fallen soldier's grave during Victory Week is pictured. 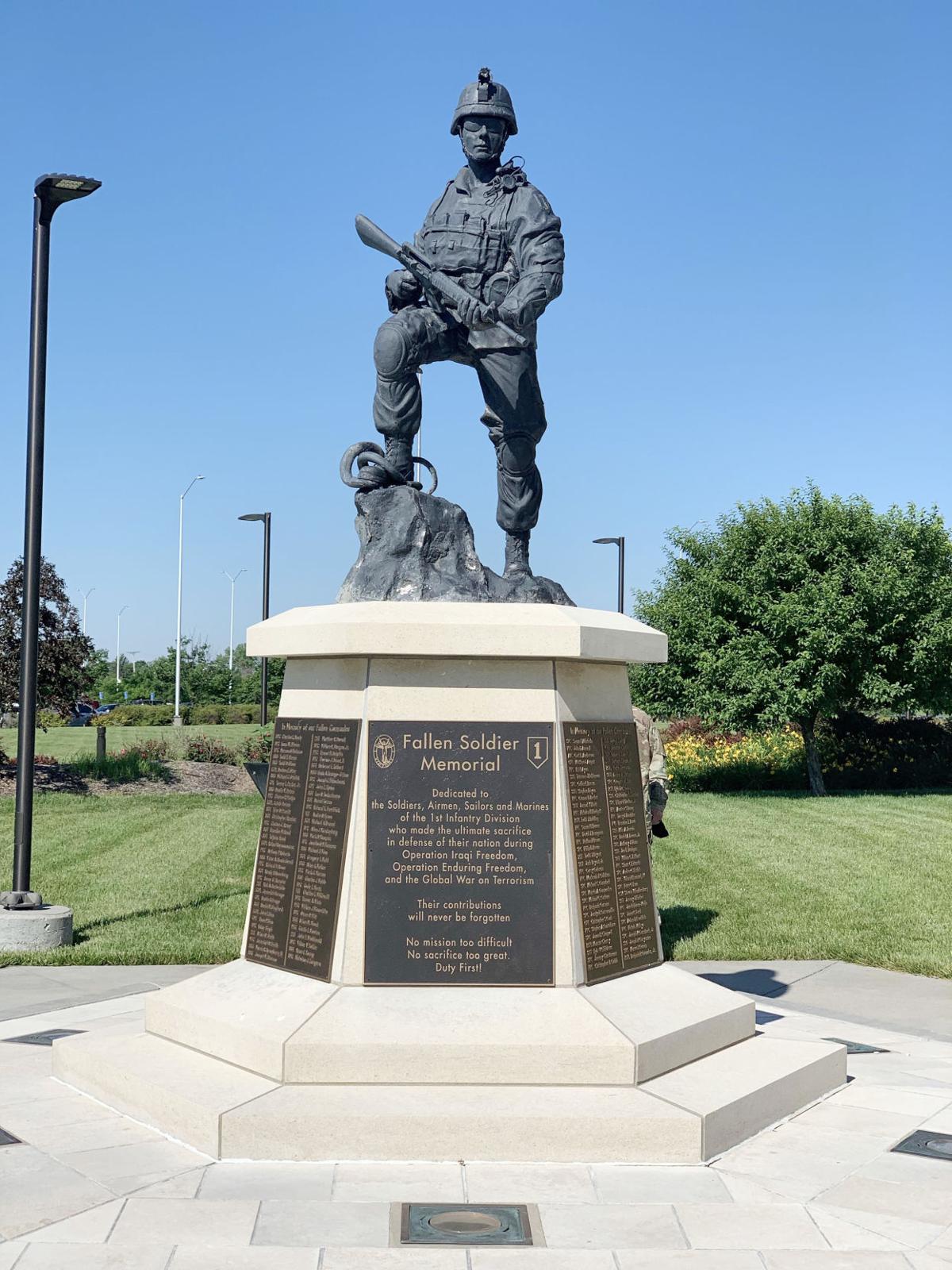 The Fallen Soldier Memorial at Victory Park at Fort Riley is pictured.

Wreaths were laid to honor the lives of men and women who made the ultimate sacrifice while serving with the division. Victory Park is located near the base’s headquarters. The park contains 632 bricks bearing the names of soldiers, sailors, airmen and Marines who lost their lives while serving with the First Infantry Division. Brig. Gen. Todd R. Wasmund spoke on behalf of Fort Riley officials when he exclaimed the importance of Victory Week.

“While the purpose of Victory Week is to provide a fun opportunity for soldiers to partake in friendly unit competition, the true meaning of the annual celebration is to take a pause from our busy lives in order to pay respects to distinguished service members who have given everything to us,” Wasmund said.

Wasmund encouraged attendees to take a moment to appreciate the sacrifices honored service members made to uphold the country’s freedom. Attendees were given the opportunity to walk along a sidewalk that showcased the 632 bricks with the names of fallen soldiers’ names on them. Wreaths were laid near the Fallen Soldier Memorial at the park.

Victory Week is an annual celebration held at Fort Riley, which is held to commemorate the accomplishments of the 1st Infantry Division. Soldiers often partake in friendly competitive events throughout the week in order to represent their particular units. They are then invited to compete in events which aid in the unity of soldiers on the base. This year’s Victory Week participants participated in a run, and they will participate in various athletic activities throughout the week. Soldiers will represent their particular units, and the unit that wins the most events gets recognized as the unit winner of Victory Week. In addition to athletic activities, there will be several public ceremonies held to better educate the public on the history and meaning of Fort Riley.