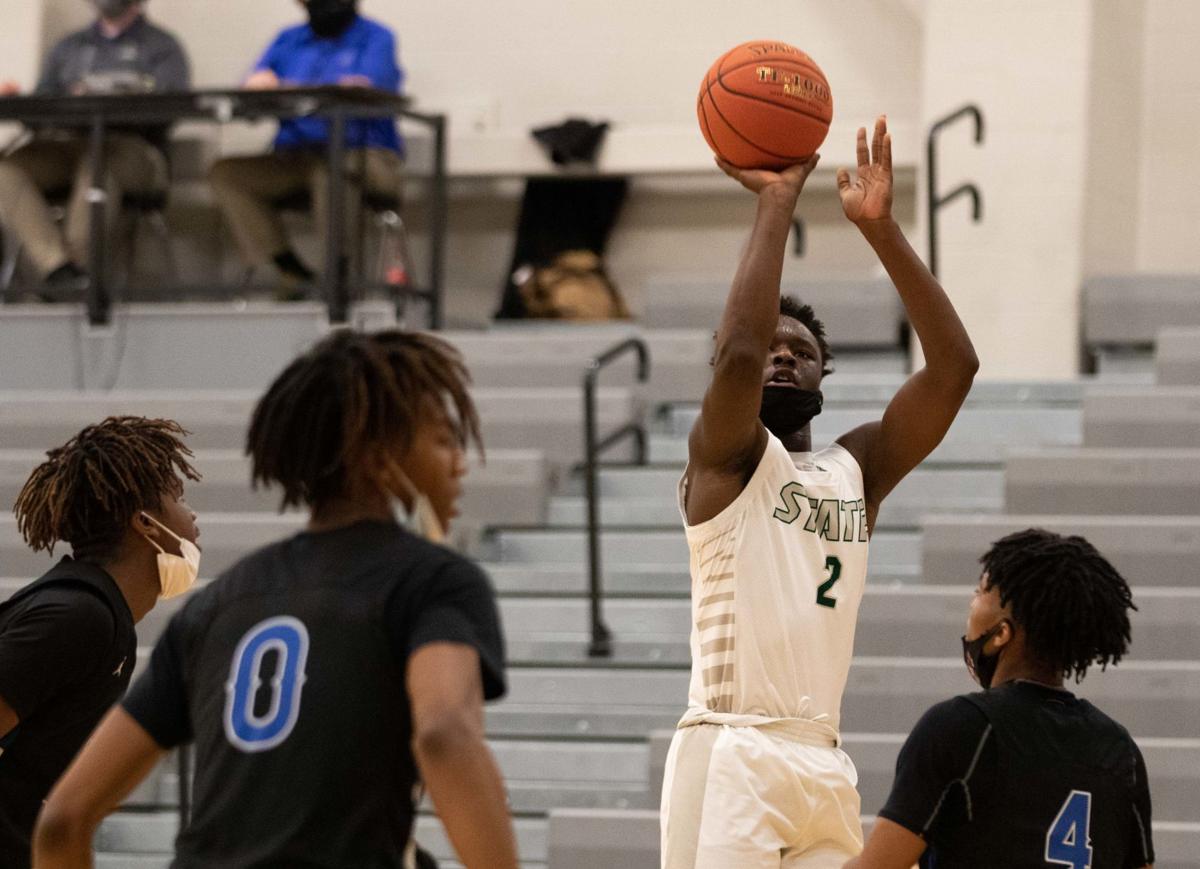 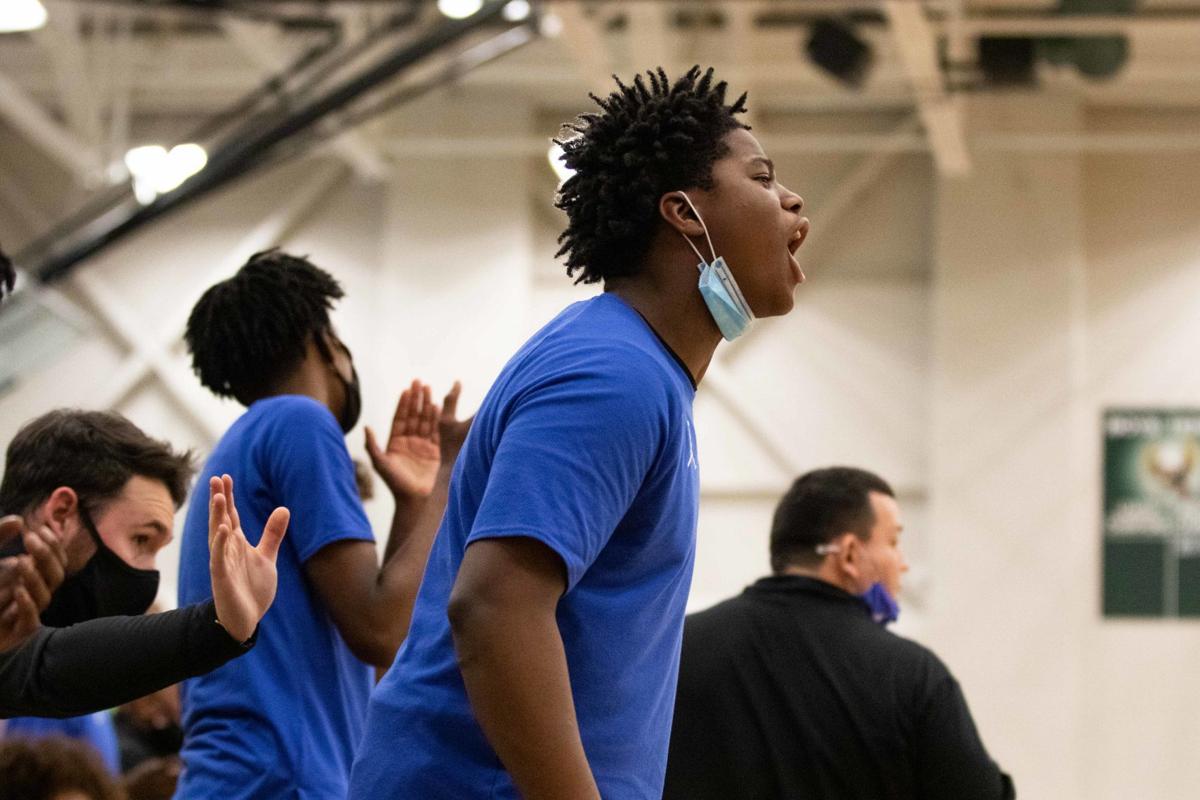 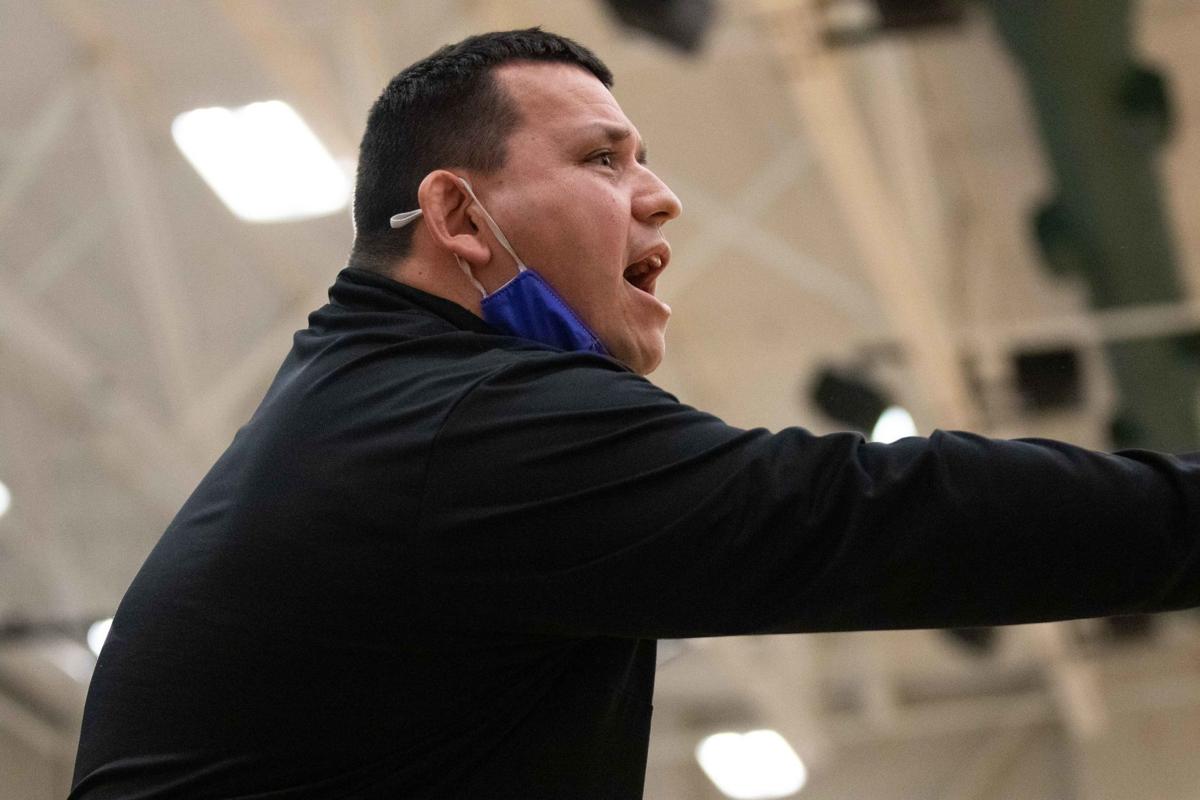 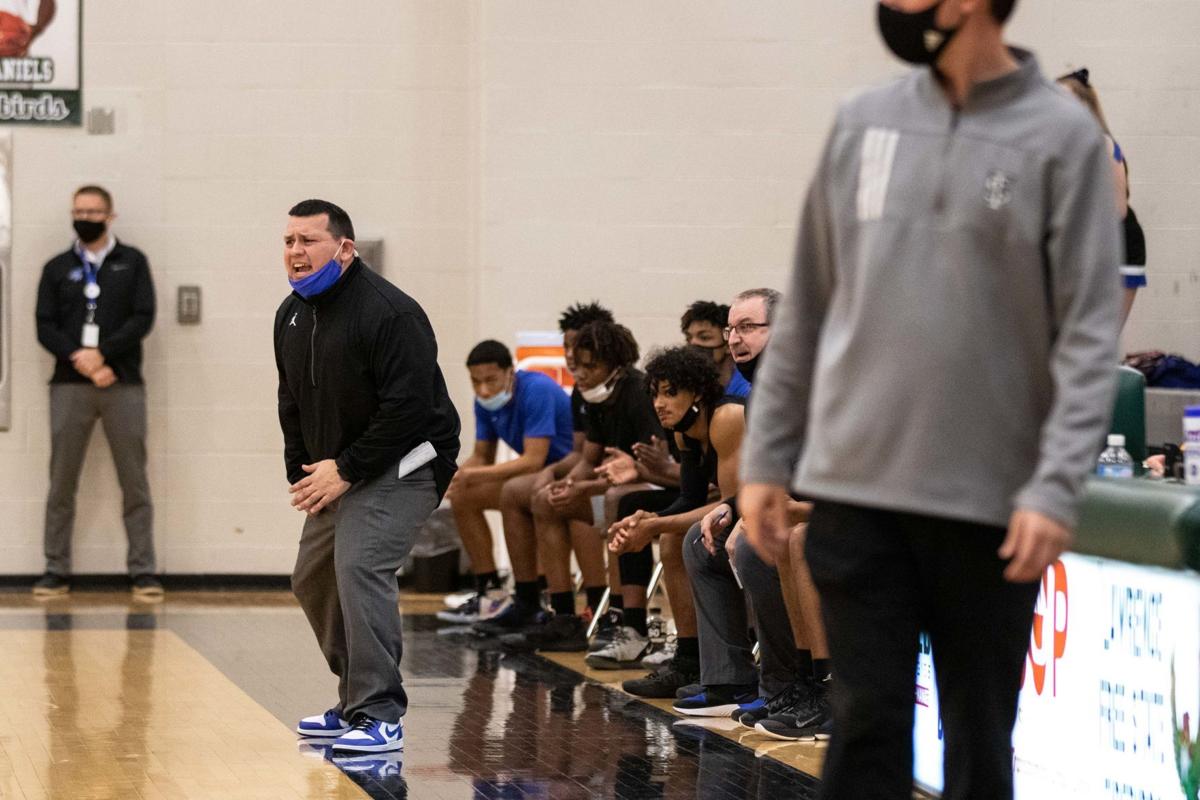 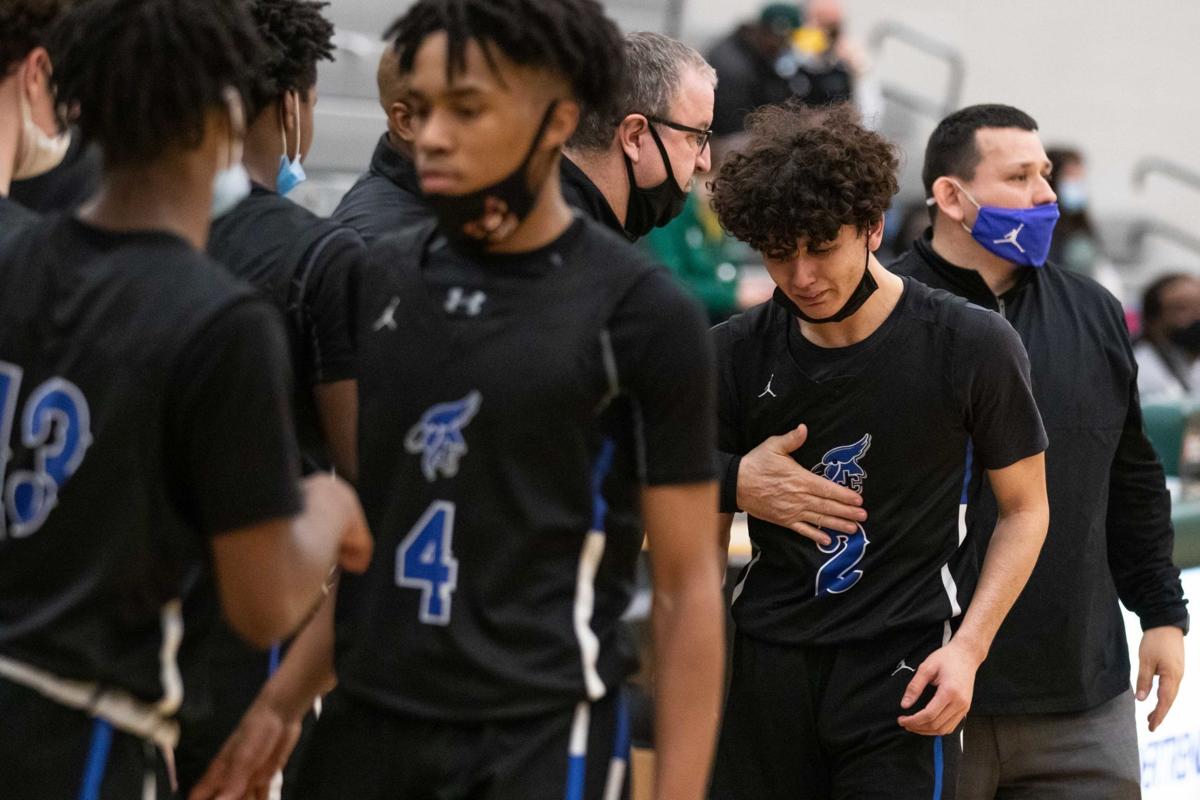 Junction City senior Austin Smith is dejected as he heads to the bench following 53-42 loss against Free State Tuesday, March 2, 2021.a 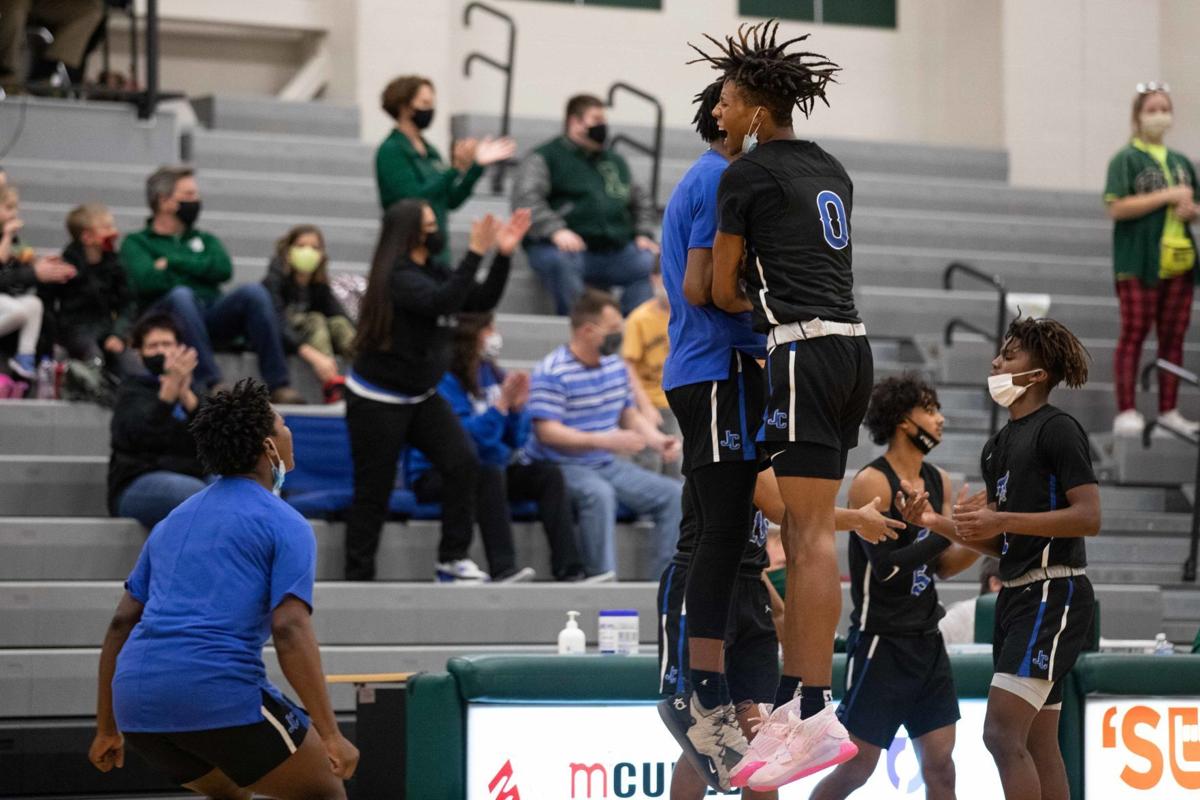 Junction City senior Austin Smith is dejected as he heads to the bench following 53-42 loss against Free State Tuesday, March 2, 2021.a

Consistency has been the name of the game all season long for the Junction City boys basketball team and unfortunately for the Blue Jays, it was consistency that led to their season-ending 53-42 loss to Lawrence-Free State in the 6A substate semi-finals Tuesday night.

Junction City started off the night hot offensively and strong defensively and led by as much as nine early in the game but a 17-4 run to close out the first half firmly put the Fire Birds out in front.

“We were getting stops and that was allowing us to get out and run,” Perez said. “We were just able to hit some shots early which got us going and then our defense was stepping up and we were rebounding well.”

Free State adjusted midway through the first half, not allowing Junction City easy drives to the bucket, forcing them to find different ways to score which was a struggle. The Blue Jays attempted to get things going from behind the arc which is something they’ve been fairly adept at doing this season but a 21.7 percent mark from three-point land on 23 attempts really stalled things leading to just four and eight points scored in the middle two quarters respectively.

“I think they did a good job of being in the gap and helping and that led us to settle a little bit offensively,” Perez said. “We jacked 23 threes and we only made five. If you had told me before the game that we were only going to make five, I probably would’ve argued with you and we did have a few that bounced out that easily could’ve gone in. But once we decided to settle, we lost that offensive momentum that we had.”

Things picked back up again in the fourth quarter but when the offense picked up, the defense dropped off, allowing Free State their highest-scoring period of the game, 19 points, which put the game firmly out of reach.

“I think the word that’s held us back all year has been consistency,” Perez said. “We just weren’t consistent in a lot of areas. Some nights, we’d have a really good offense and then struggle on defense or vice-versa. We just have to bring more consistency.”

Senior Chris Dixon led the way with 18 points followed by 12 for junior Howard Johnson. It was the final game of the night for Dixon along with fellow seniors Javon George and Austin Smith.

“All three of those guys have been here since I’ve been head coach,” Perez said. “All three of them have shown some leadership during some point this season and before that. They’ve been a great model for our younger guys to see what you have to do to be successful both on and off the court. Chris will probably go down as one of the best players I’ve coached at Junction City High School so far and Javon and Austin just do the intangible things that other players don’t want to do. They guard the other team’s best players, they’re unselfish in the way they help run the offense by giving up some of their opportunities to score to create for their teammates.

“But what I’m going to miss most is seeing their smiling faces every day because those three guys can light up a room. Unfortunately, everything comes to an end at the high school level. For us, it’s about having kids with good character and all three of those kids have that.”

Losing those three seniors will be an adjustment but there are also plenty of talented underclassmen ready to step up like Johnson and fellow juniors Terrance Tedder and Seth Clark who have what it takes to lead the Blue Jays to the next level in their senior seasons.

“If we can just get them all to buy in to each other, then I think we’ll be special,” Perez said. “We’ve obviously got (Johnson and Tedder) coming back along with Seth Clark and David Rowell and then we have a good group of sophomores that can contribute as well. It’s all going to come back to how we guard. I told the kids after the game tonight that if we can guard like Free State, we know we’re going to score. The buy-in defensively will be key.”