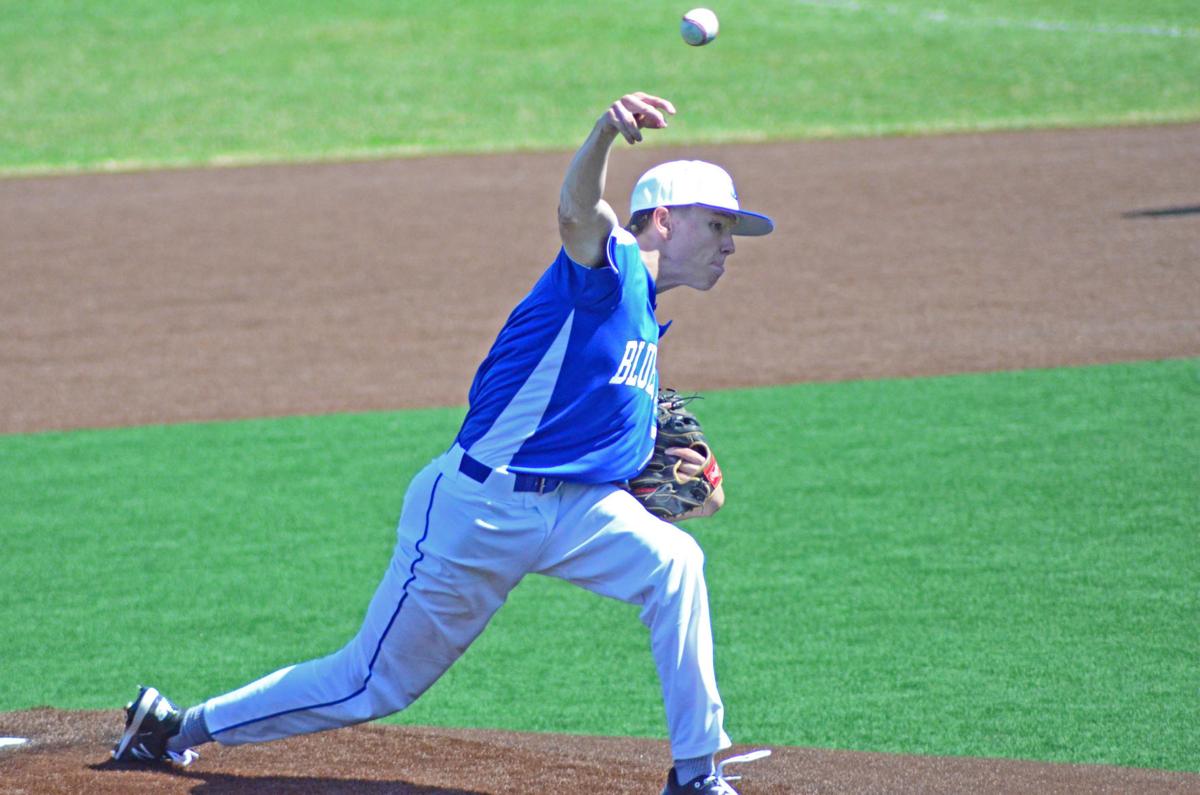 Sophomore pitcher Jonathan Phillips throws a pitch during the Blue Jays’ 6-5 win over Great Bend at Rathert Stadium on Tuesday. 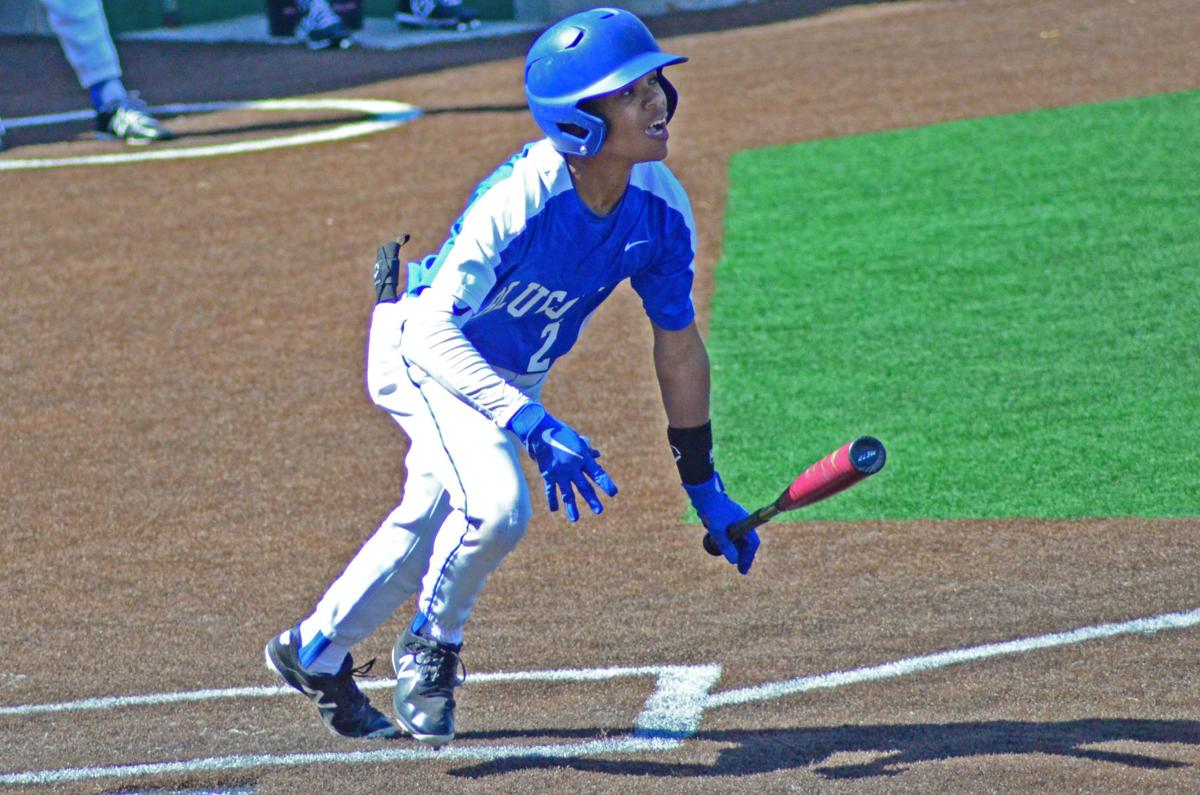 Junior Ky-Rell Taylor stares out at the ball he just hit as he prepares to run to first base in Junction City’s 6-5 win over Great Bend at Rathert Stadium on Tuesday.

Sophomore pitcher Jonathan Phillips throws a pitch during the Blue Jays’ 6-5 win over Great Bend at Rathert Stadium on Tuesday.

Junior Ky-Rell Taylor stares out at the ball he just hit as he prepares to run to first base in Junction City’s 6-5 win over Great Bend at Rathert Stadium on Tuesday.

Junction City baseball got more experience playing in tight ball games Tuesday night when they split a home triangular with Great Bend (0-2) and McPherson (4-0). The Blue Jays (1-2) won an extra-inning battle with the Panthers 6-5 before coming back later that evening to fall 4-2 to the Bullpups.

Junction City took their first lead of the game in the fifth after Great Bend walked four Blue Jay batters to start the inning but Great Bend jumped back ahead with two runs in the top of the sixth to take a 5-4 lead. Junction ties the game back up with a run in the bottom of the inning on a Jonathan Phillips fly ball that got lost in the sun.

Finally, the Blue Jays loaded the bases once again in the bottom of the ninth and a wild pitch from the Panthers brought home the winning run and ended the game.

“They’re all competitors,” Laughlin said. “They will compete all their lives.”

The win was also significant in that it was Laughlin’s first win as head coach of Junction City High.

“I’ve been around for a long time and this is a special group of kids to me,” Laughlin said. “They’re a group that I’ve had since they were eight. To get them a win is great but yeah, this means something. And it’s something I’ll always remember and it’s special.”

In game two, the Blue Jays once again fell behind early after allowing McPherson two runs in the first two innings. That score held until the fifth when Phillips threaded a ball between second and third, scoring the two tying runs and bringing a little life back into the ballgame for Junction City.

After pitching six innings in the game before, Phillips turned in a strong offensive game vs McPherson, recording three hits and two RBIs, both of which led the Blue Jays.

“That’s a sophomore kid who’s just moving in and I think he’s starting to find his niche in town now,” Laughlin said. “He was 3-4 (versus McPherson) with two RBIs and pitched a heck of a game (versus Great Bend). He made a great diving play to save a run. That kid just plays baseball, he wants to play. If I can get everyone to buy in like he has and try as hard as he does, we’d have great things coming our way.”

Jorden Kell had his first start of the season and went through five but had a solid performance after a bit of a rocky start, going five innings and allowing two runs on two hits and two walks with two strikeouts.

“It was his first time pitching so we did pull him after five innings but he was cruising up until then,” Laughlin said. “He wanted the ball more but it’s early in the season and we have a long way to go and I don’t want anyone having arm problems. I may have pulled him too early but I thought Levi did a great job in relief. We just need to make more plays behind him and we’re in the ballgame.”

McPherson responded to Junction tying things up by retaking the lead in the sixth and adding an insurance run off an error in the seventh. In the bottom of the seventh, the Blue Jays managed to get the tying runs on base after a Trevor Laughlin walk and a Wilkey line-drive single but a double-play off of a Phillips fly ball ended the game.

The Blue Jays will hit the road twice this week for two double-headers. On Tuesday, they’ll head to Emporia and then on Friday, they’ll travel to Topeka West. Both series begin at 4 p.m.