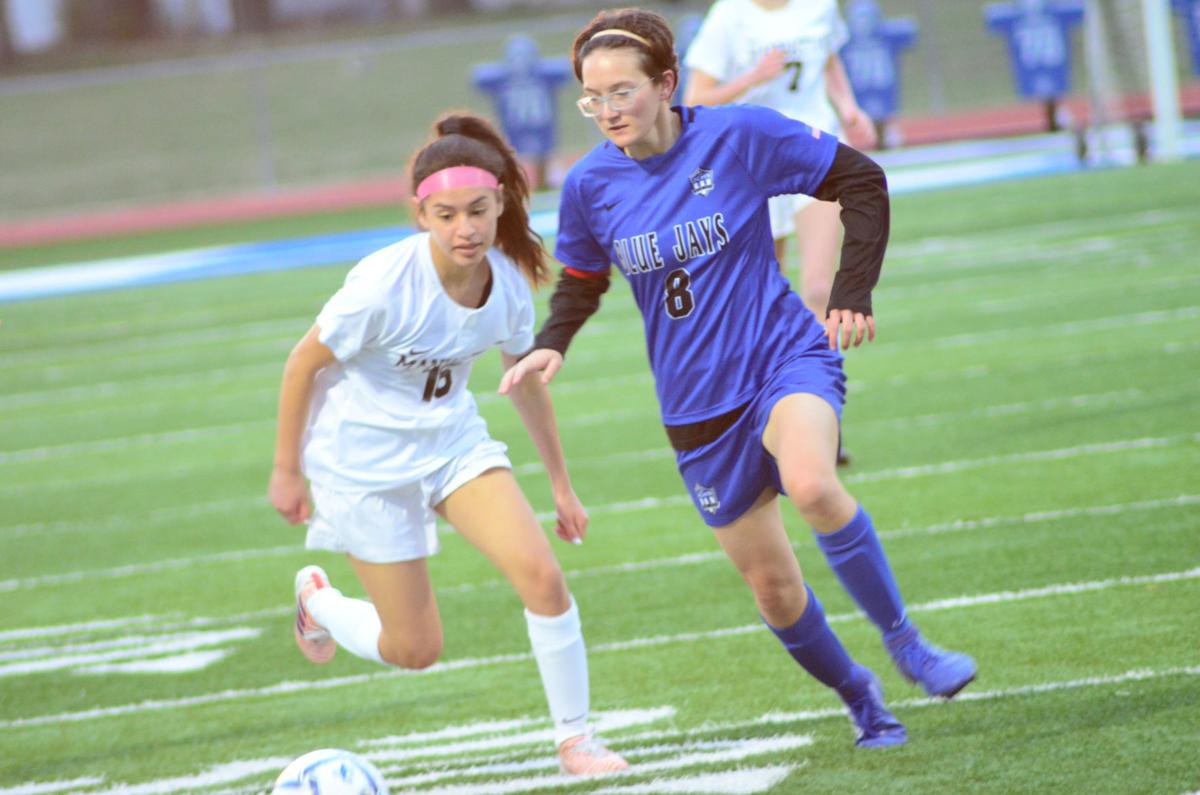 Senior Vittoria Benoit battles with Manhattan freshman Reese Snowden in the Lady Jays’ 10-0 loss to the Indians at home on Thursday. 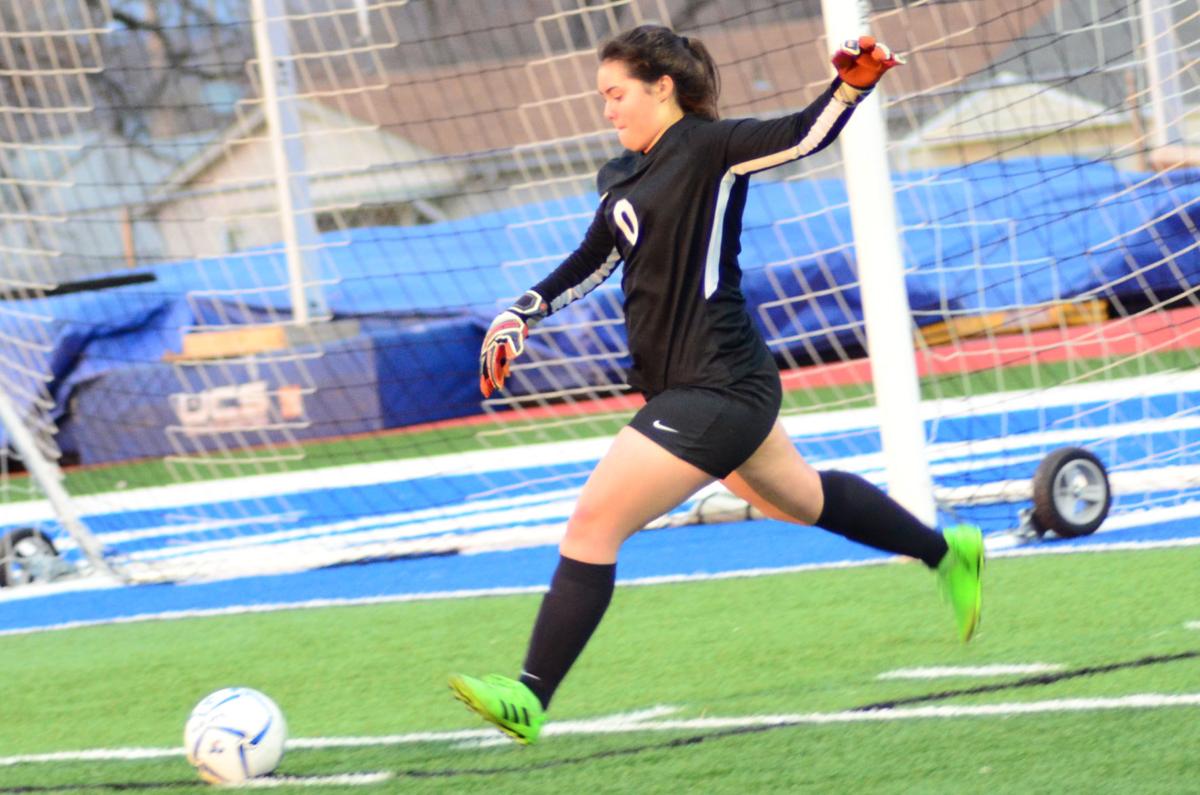 Sophomore goalkeeper Sophia Holloway clears the ball from the penalty box during Junction City’s 10-0 loss to Manhattan at home on Thursday.

Senior Vittoria Benoit battles with Manhattan freshman Reese Snowden in the Lady Jays’ 10-0 loss to the Indians at home on Thursday.

Sophomore goalkeeper Sophia Holloway clears the ball from the penalty box during Junction City’s 10-0 loss to Manhattan at home on Thursday.

Despite a strong defensive effort throughout the first 15 minutes of the first half, the Junction City girls (0-1) felt the full brunt of the Indians’ (2-0) crippling defense and explosive firepower, falling 10-0 with 19:52 to play in the game.

“Experience, as a team, is something that’s invaluable for us right now,” head coach Mitchell DeHoff said. “It’s a brand new group. The amount of change since two years ago is incredible and we just have a bunch of people who have never played before. Just being on the field together today will help us grow as a team and will start to teach us how we want to play together.”

Manhattan did it from all over the field offensively, turning in 10 goals from eight different players

“Our spacing was just a little bit too open, especially against a team that can attack that well,” DeHoff said. “It’s a little bit dangerous when you’re back in your own defensive third and the only other open person is on the opposite side of the field and you have to go through a team that’s pressing you to get it to them.”

Manhattan freshman forward Reese Snowden notched the first point for the Indians early in the game and junior defender Marlee Hodges, freshman middle Emery Ruliffson and senior forward Reagan Geisbrecht got three more scores in before the midpoint of the first half to make it 4-0.

In the final 10 minutes of the half, Manhattan added three more goals to push their lead to 7-0 heading into the second half.

After a penalty kick goal from senior defender Marleigh Hutchinson put the Indians up 8-0 with 28:15 to play, junior defender Marlee Hodges and Snowden both clanged in their second goal of the game in the 10 minutes following, ending the game with just under 20 minutes to play.

Despite the defensive struggles, sophomore goalkeeper Sophia Holloway was a real bright spot. Holloway was constantly under fire by Manhattan and really shined despite being put in a tough spot playing in the first high school game of her career.

“Sophia had a great game,” DeHoff said. “They would’ve had 10 a lot sooner if we didn’t have her in goal. She had some absolutely incredible saves. She had some foot saves and some diving-across-the-goal saves. She’s back there and she has everyone’s back. It makes your job as a defender and a teammate a little bit easier when you know that you have someone back there that’s very good at what they do. She helps keep everyone up and competing.”

With Manhattan’s offensive dominance, Junction City did not get many opportunities to create any offense. The ball stayed primarily in the vicinity of the Lady Jays goal and almost all breakaways were promptly halted before Junction City could get a shot at breaking the shutout.

“It’s really just about finding open space,” DeHoff said. “We were defending pretty deep a lot tonight. Preferably, if we win the ball a little bit further up the field, we’re in a little bit better of a position to find someone open on the outside and then go forward. Manhattan’s defense was just really good about denying us scoring chances. We had a couple of chances tonight but if we can continue to keep creating those chances, we’re going to score some goals and be in some games.”

Junction City will have a week to regroup before heading on the road on Thursday to take on Wichita Independent.