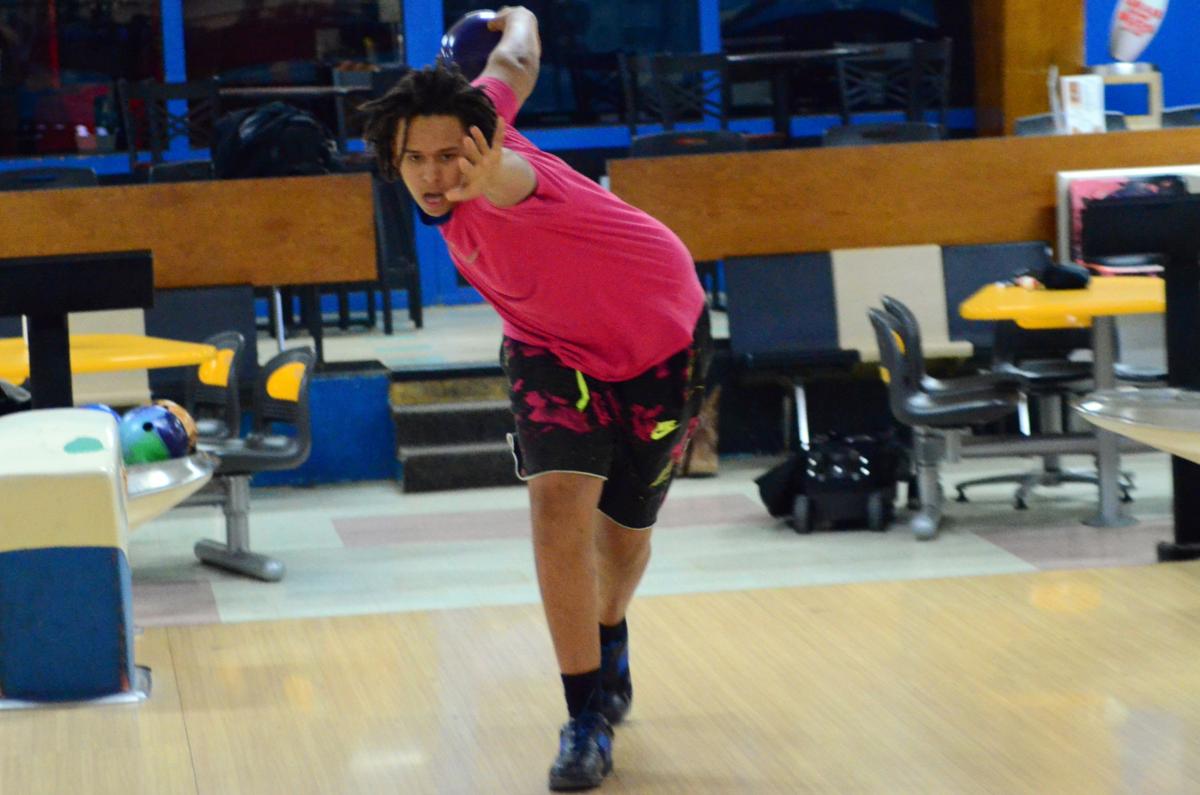 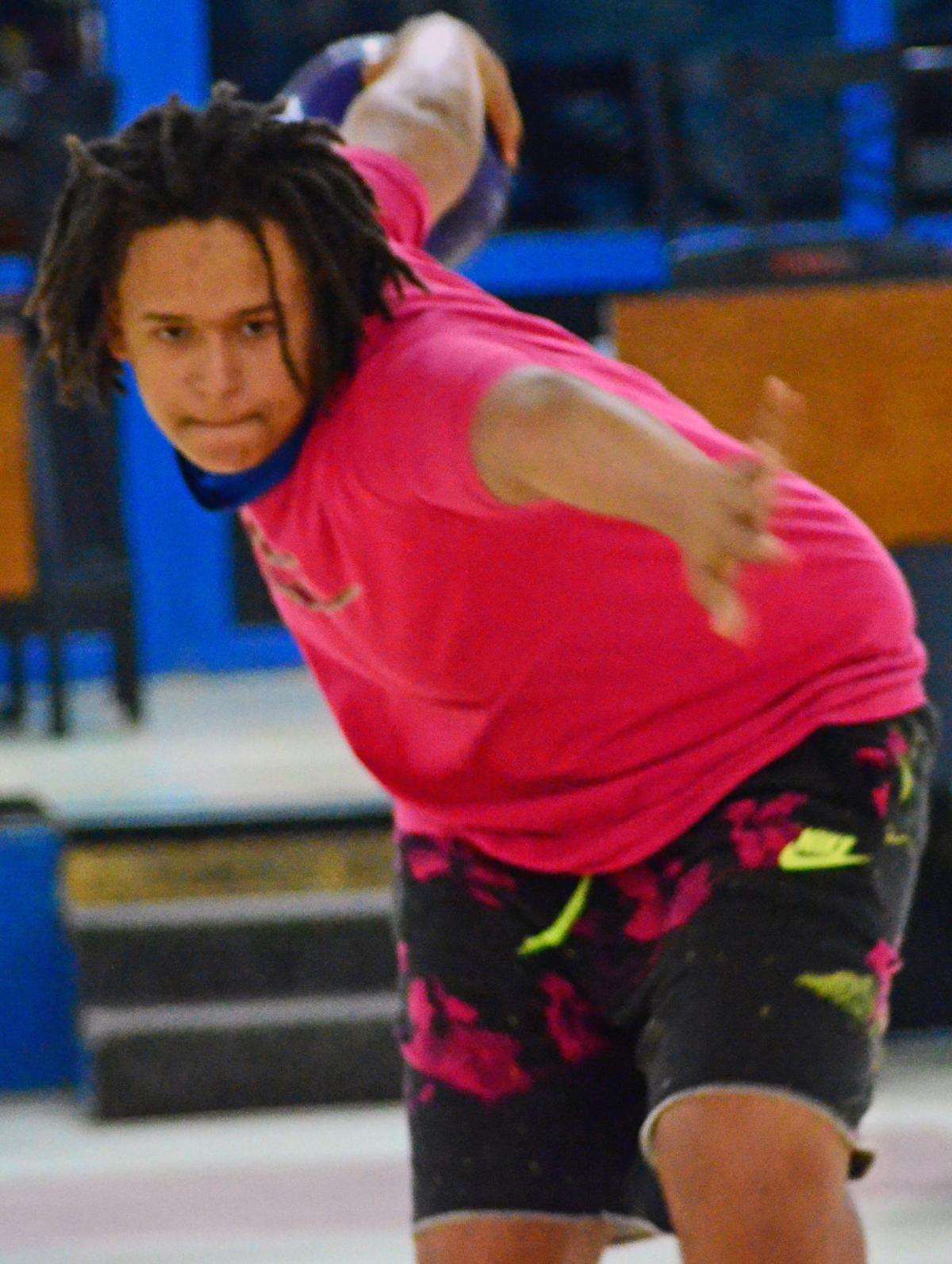 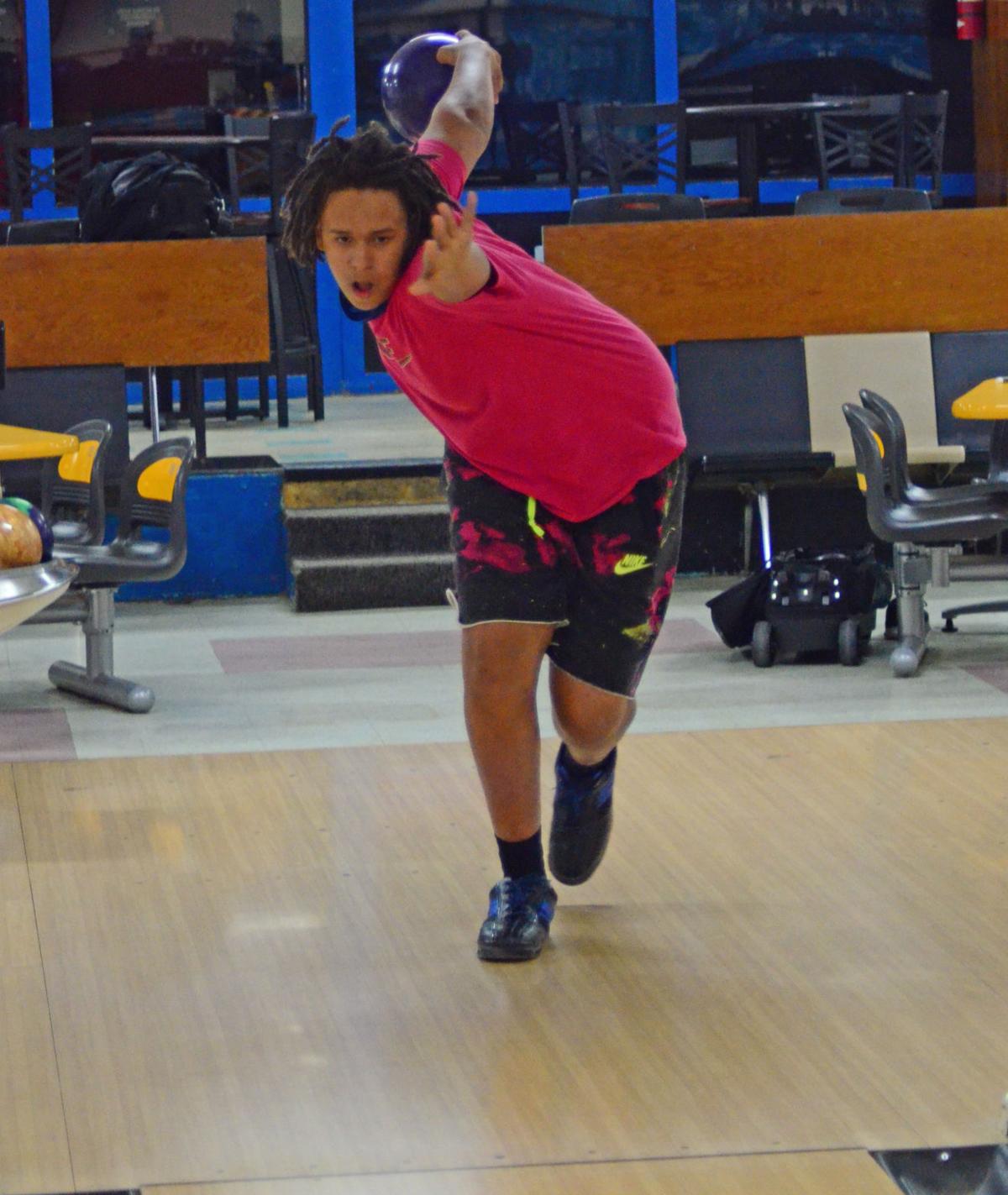 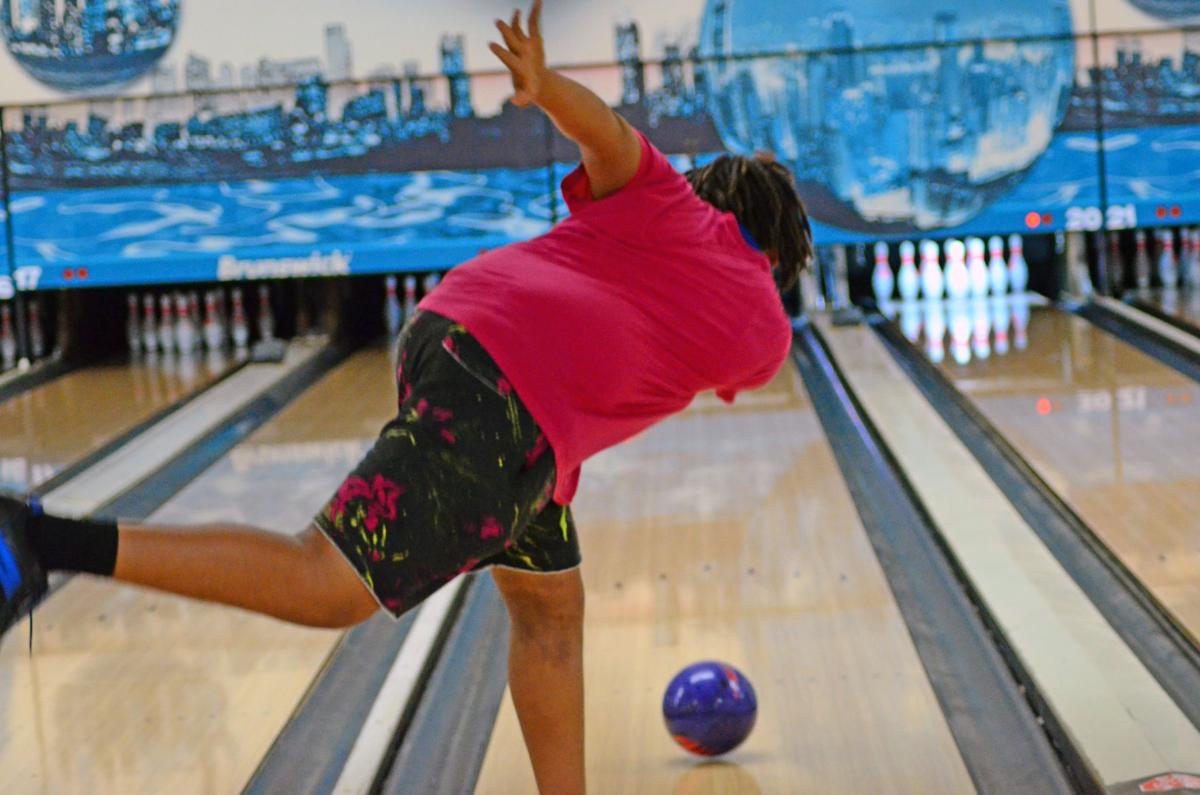 In a nearly empty bowling alley, Blue Jay sophomore T.J. Lindsay squared up to the first lane marking, moved his dreads out of his eyes and stared down the pins in front of him.

“If you get it right here, you’re going to be golden,” Brad Adams, Junction City High School’s head bowling coach, directed, pointing downwards toward a point halfway down the lane and to the right. Adams himself was standing in-between the gutter of Lindsay’s lane and the next lane to the right, helping the sophomore to dissect every portion of his mechanics and strategy leading up to the 6A State Bowling Tournament the next day.

Lindsay’s bowling motion is fluid. He extends the ball, this time a purple ball with black speckles and orange lines, as far back as his arm will go, nearly parallel with the floor, and lets it go, his right leg extending behind him in full-follow through as his left arm sticks straight back. The ball goes right, slightly, until it hits the point that Adams indicated and whips back to the left, taking all 10 pins down in its wake. The strike is his third in a row and fifth in that round alone. He would go on to hit another two before slightly slipping up near the end, ending with a modest 256.

Nearly a week before that, Lindsay came close to perfection in the opening game of regionals, hitting 10 out of 12 possible strikes including nine in-a-row to start things up to get a 279 and while that was impressive, it was what Lindsay did after that game that really drew the admiration of his head coach.

“He shot 279 at regionals in his first game and we thought he was going to go 300,” Adams said. “But in games two and three he kind of lost his mark and was having trouble finding it again. But he didn’t give up and he wasn’t messing around. He was still working on trying to find and salvage the games. Those last two games were nothing special but he never stopped trying and that’s what got him to state.”

Lindsay’s work ethic is unimpeachable, especially for someone who’s only a sophomore. You can find him at Junction City Bowl constantly year-round, striving to reach the next level.

“He’s always working on his game,” Adams said. “Whether he’s by himself or with some of the other guys on the team. And he’s not just bowling, he’s working on being a bowler and that’s what we like about him.”

And sometimes it doesn’t always work out. It’s the painful part of competition. You work and you slave away at one thing, you sharpen your skills so you can perform at the highest level on the biggest stage and for one reason or another, you just don’t.

A day after throwing that 256 and a week after nearly-bowling a 300, Lindsay could not find the same groove at Northrock Lanes in Wichita. After coming in with high expectations set after finishing 13th at state last year at the same bowling alley, Lindsay finished 41st overall with a 545 (194, 191, 160).

“I know he’s a sophomore now but he throws a really good ball,” Adams said. “When he has his line, he could be the best bowler in any high school tournament. But when he loses that line, it’s hard to find it again.”

The good news for Lindsay and for the Blue Jay bowlers is nothing lights the competitive fire under someone like underachieving, especially on the biggest stage. Lindsay wanted to improve on last year’s state mark with a top-10 finish but now all he needs to do is learn and grow.

“I love the thrill of it,” Lindsay said after practice last Thursday. “You also get to bowl with a lot of great and different people. There was one tournament where I bowled with people from Nebraska. You get to bowl with people who are better and more experienced than you are and learn from them.”

There are still many strikes in Lindsay’s future wearing Junction City blue and while Friday’s outcome undoubtedly hurts, it will only make the moment that he truly realizes his potential that much sweeter.

“He’s going to be a force to reckon with over the next two years,” Adams said. “I know it.”