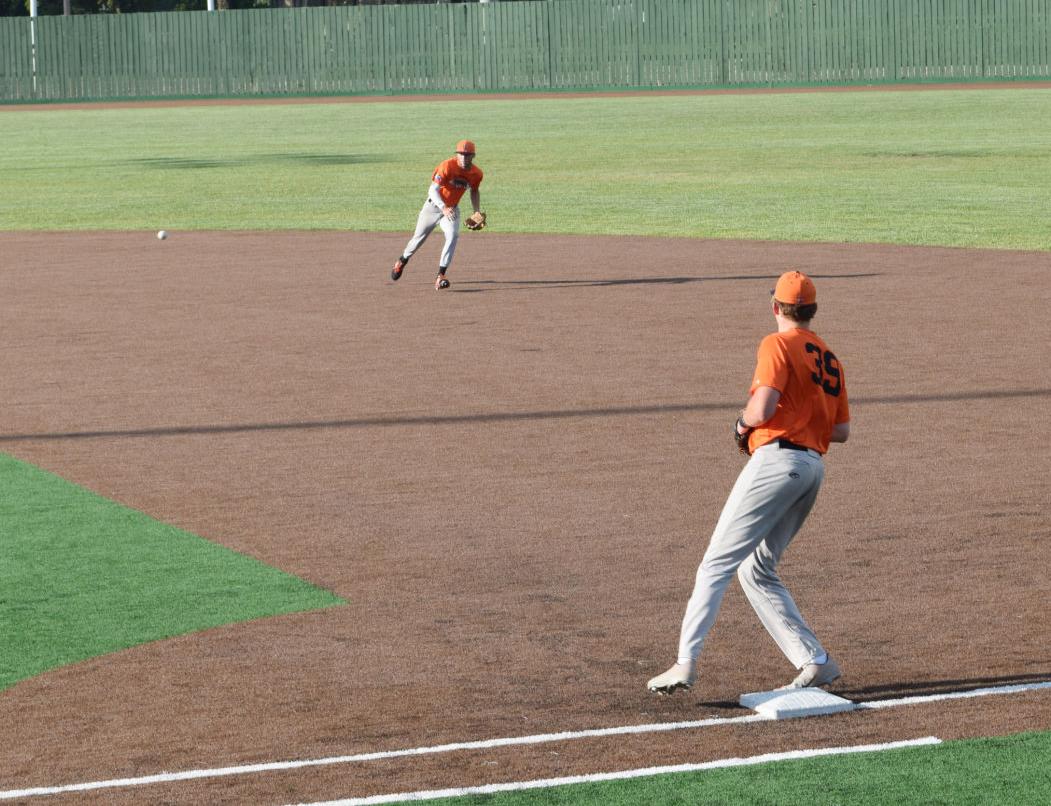 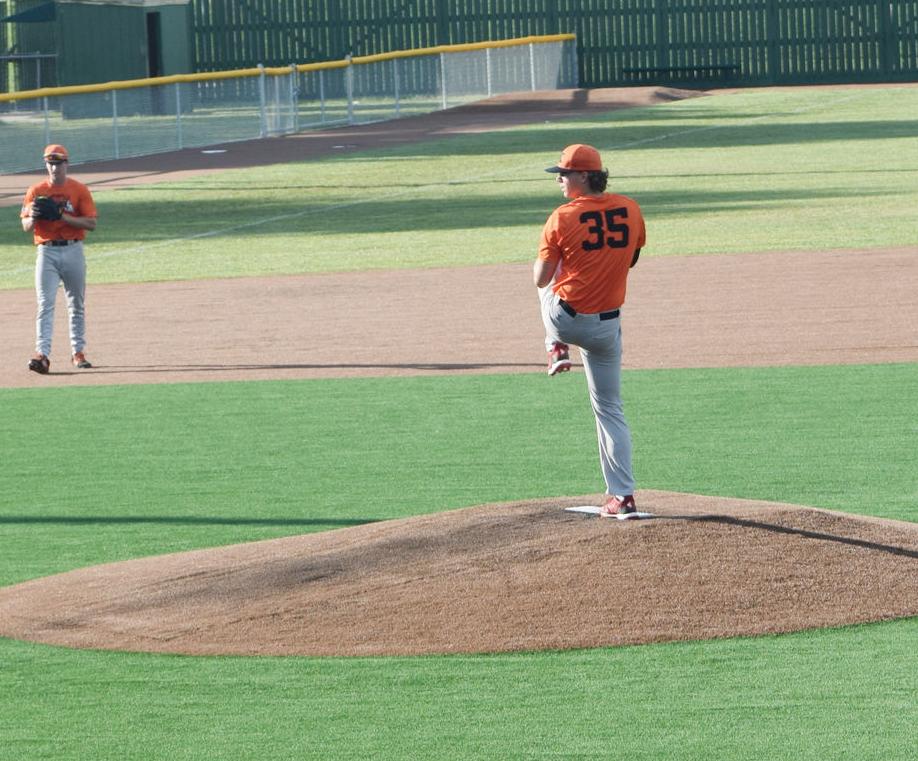 Caleb Rogge gets into his wind-up Monday night against the Kansas City Monarchs.

The Kansas City Monarchs visited Rathert Field Monday night with just nine players and an empty dugout. The KC team the Junction City Brigade saw on the field was what they were going to compete against for the game’s entirety.

“They showed up with guys in their 30s; the pitcher was in his 40s,” Brigade head coach Derek Francis said. “He’s the head coach at Baker University.”

“They really just outplayed us, out-hustled us; they just wanted to be here more than us I think,” Francis said. “You hate when that’s the case. We just didn’t show up and weren’t ready to play. You don’t have much wiggle room when that happens and the bats weren’t swinging it tonight. For the most part, I thought the pitching was fine on our end and ended up opening up a little bit at the end. But, we only put up one run on a guy who’s in his 40s.”

Francis said it was one of the worst games he’s ever been a part of. He couldn’t put into words what happened to his team, which came into the game sharing the top seed in the Mid-Plains League with the Midwest A’s, whom JC split a doubleheader with Saturday. Francis didn’t want to make any excuses though; that’s not his thing.

“I don’t know if there’s a phrase to put with it; I don’t want to make excuses,” Francis said. “I don’t know why we wouldn’t come out ready to play after an off day; everybody’s healthy and ready to roll. I wish I had an answer. We were just flat-out dead and had no energy and couldn’t make an adjustment at the plate. The guy was throwing 76 mph fastballs and we couldn’t hit it. “

The Brigade weren’t completely shutout by Goodwin when it came to getting on base. The Brigade threatened a couple times, but the hits weren’t coming through when they needed them most. It was an all-around game unlike those the Brigade are used to.

“We didn’t get any timely hits,” Francis said. “We weren’t able to put any pressure on them. We only had a few ground ball outs; everything else was a routine fly ball. We never forced them to play catch, we never could see if they could even play catch after fielding the ground ball. There just wasn’t a ton of pressure put on them. We did steal a couple bags, but I mean it got out of control there in the middle innings on us. At that point, you just can’t make outs on the bases, so you kind of limit yourself in that aspect.”

The Brigade won’t be down about this one for too long because they travel to play the Kansas City Monarchs again Tuesday night. Francis wants to put this one behind them as they look to even things up.

“Overall it was just a weird game and one that you hope doesn’t happen too often,” Francis said.

On Saturday, the Brigade hosted a doubleheader at Rathert Field with the Midwest A’s. There was a lot on the line in those two games because the teams were tied for the top spot in their league. But, no separation ended up coming out of the contests because the games were split.