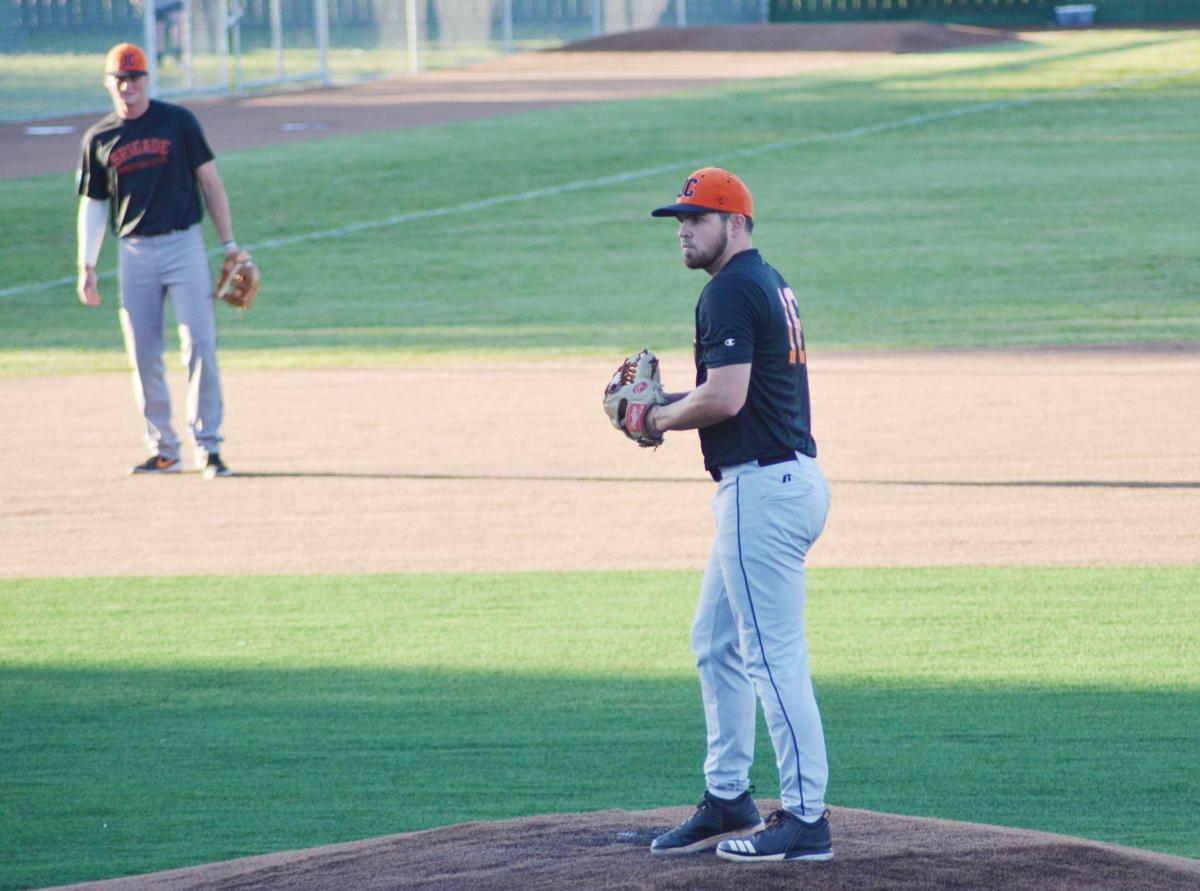 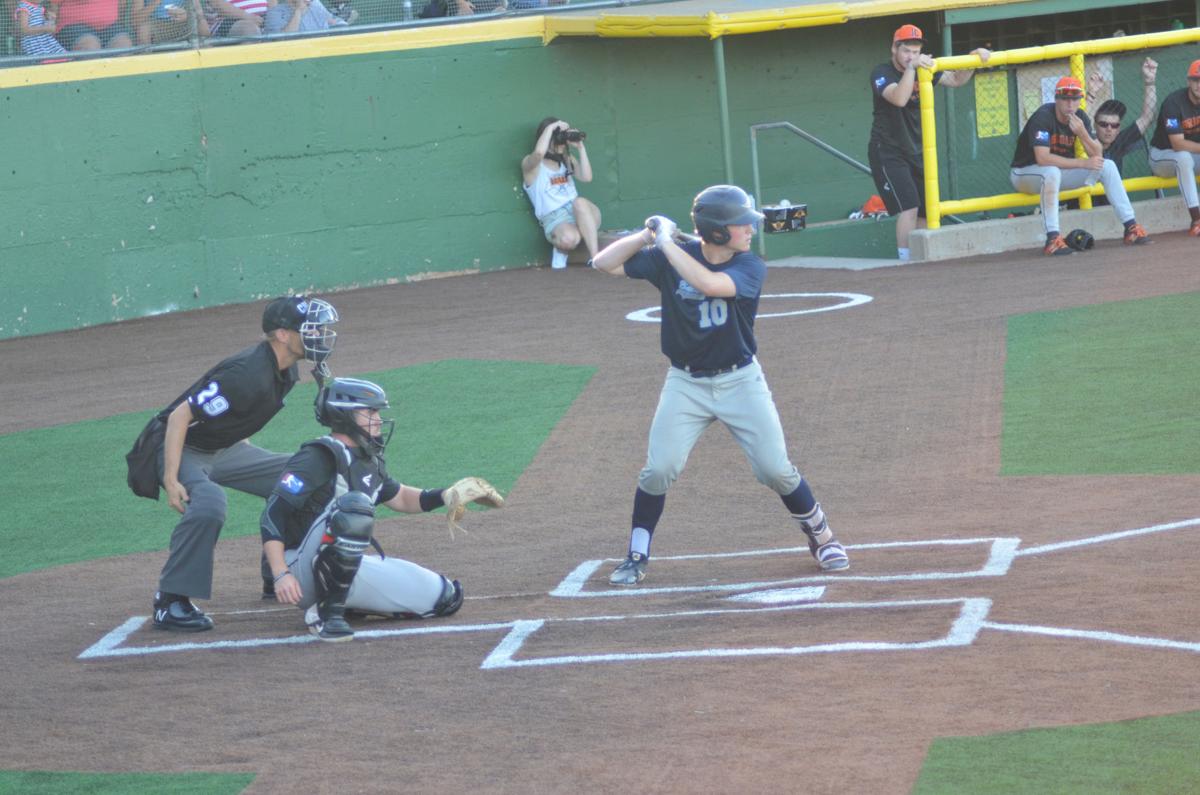 JC catcher Dylan Thurber is pictured behind the plate Friday night against the Baldwin City Blues. 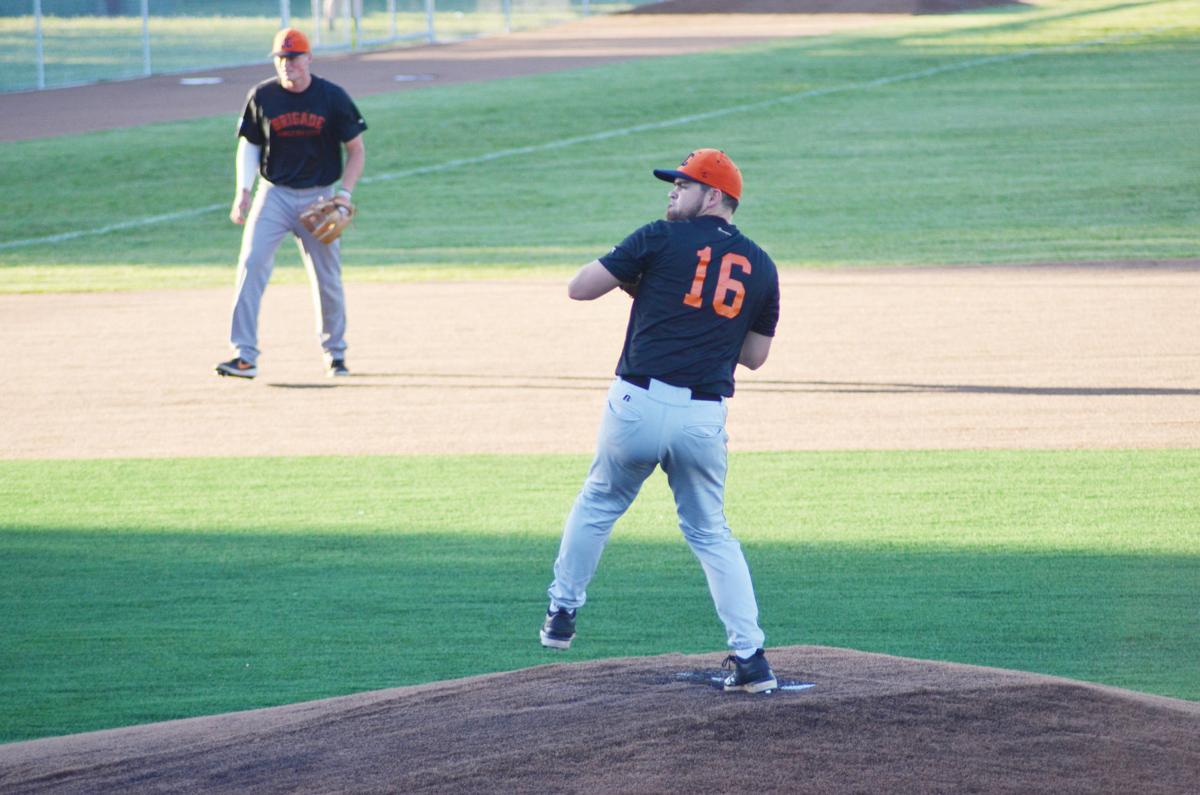 The Junction City Brigade was on the winning side of a ten-run rule game Friday night against the Baldwin City Blues.

The game-sealer came courtesy of Ed Scott, who knocked in a base hit with nobody out in the bottom of the eighth inning to grab JC the 11-1 win, which puts the Brigade in first place atop the Mid-Plains League. The win put the Brigade’s record at 23-4, and the team was clicking on all cylinders as the season winds down with the playoffs on the horizon.

Friday’s victory saw two pitchers take the mound to get the job done, with an excellent start from Jack Christian. Christian had a shutout going through five innings, but the Blues got to him in the sixth, tagging him for one run on the night. Christian only recorded two strikeouts, so the defense behind him had a lot to do with JC’s defensive showcase.

Dalton Engel relieved Christian in the seventh inning, and only allowed one hit. Catcher Dylan Thurber had a couple punch-outs from behind the plate, one on a steal attempt at second base and another at first base when the base runner was caught off the bag in the fourth inning.

On the offensive side, Zane Schmidt paced the Brigade with four RBIs, including a bases clearing double in the fifth inning that widened the Brigade lead to 10 runs.

With the Brigade getting out to an early lead, head coach Derek Francis had the luxury of dipping into his bench and getting other guys some reps. With just a couple weeks until the playoffs begin, it is important for the entire roster to feel loose and ready to contribute the moment their name is called.