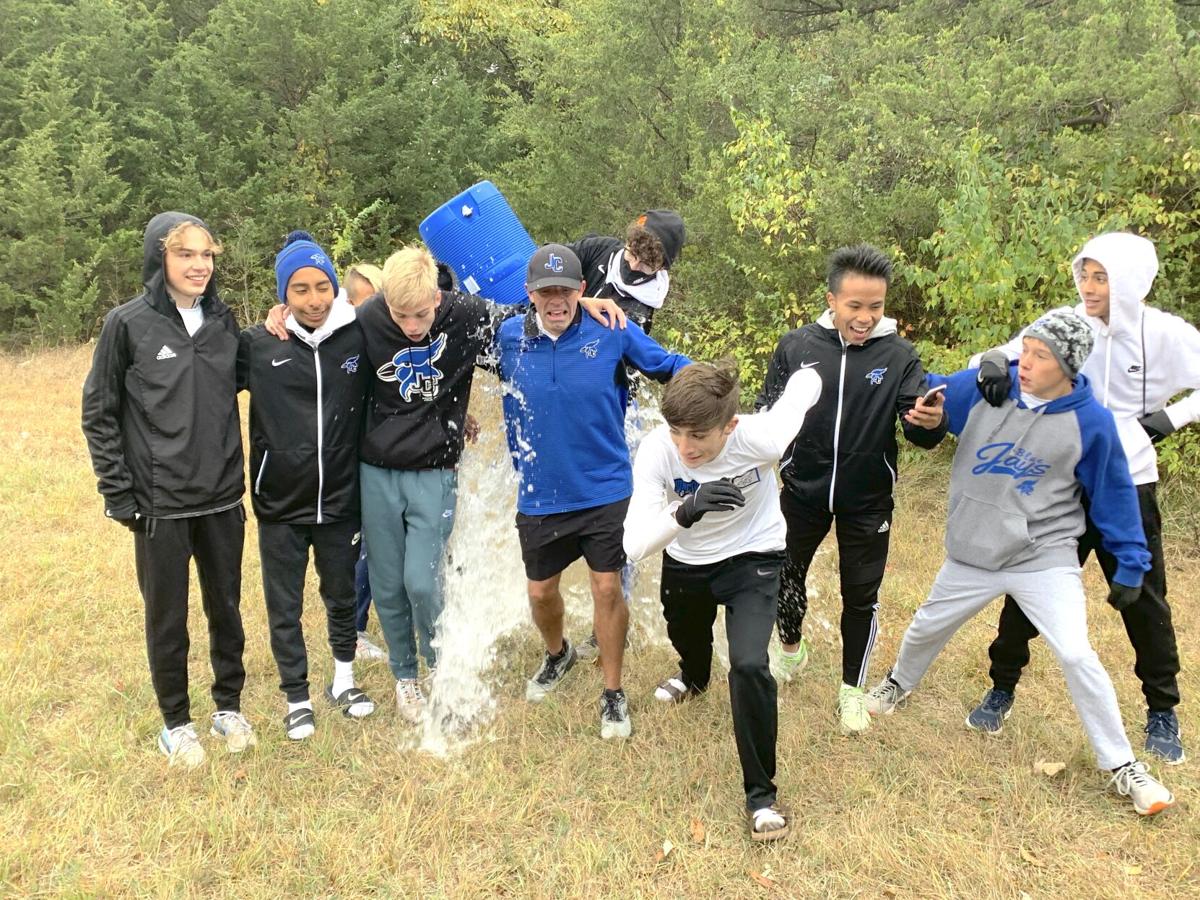 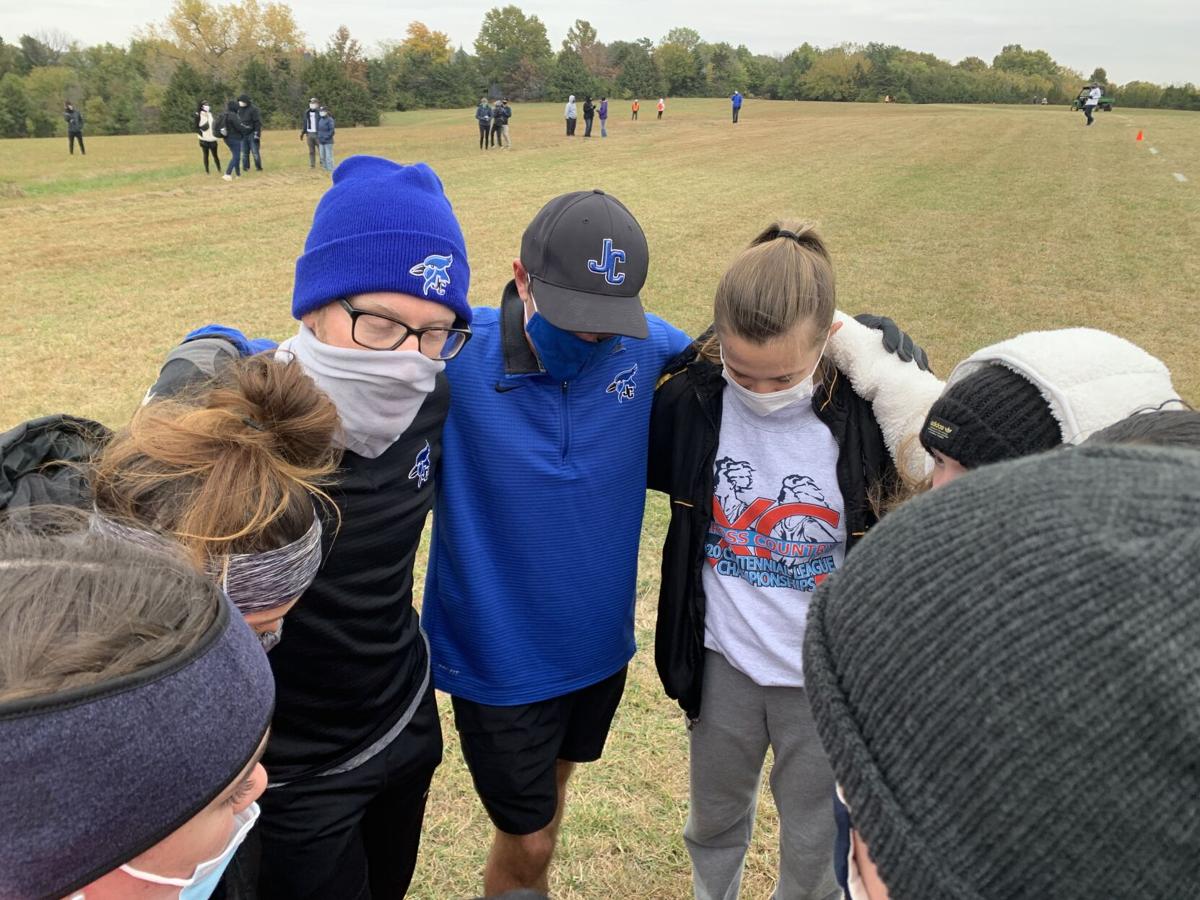 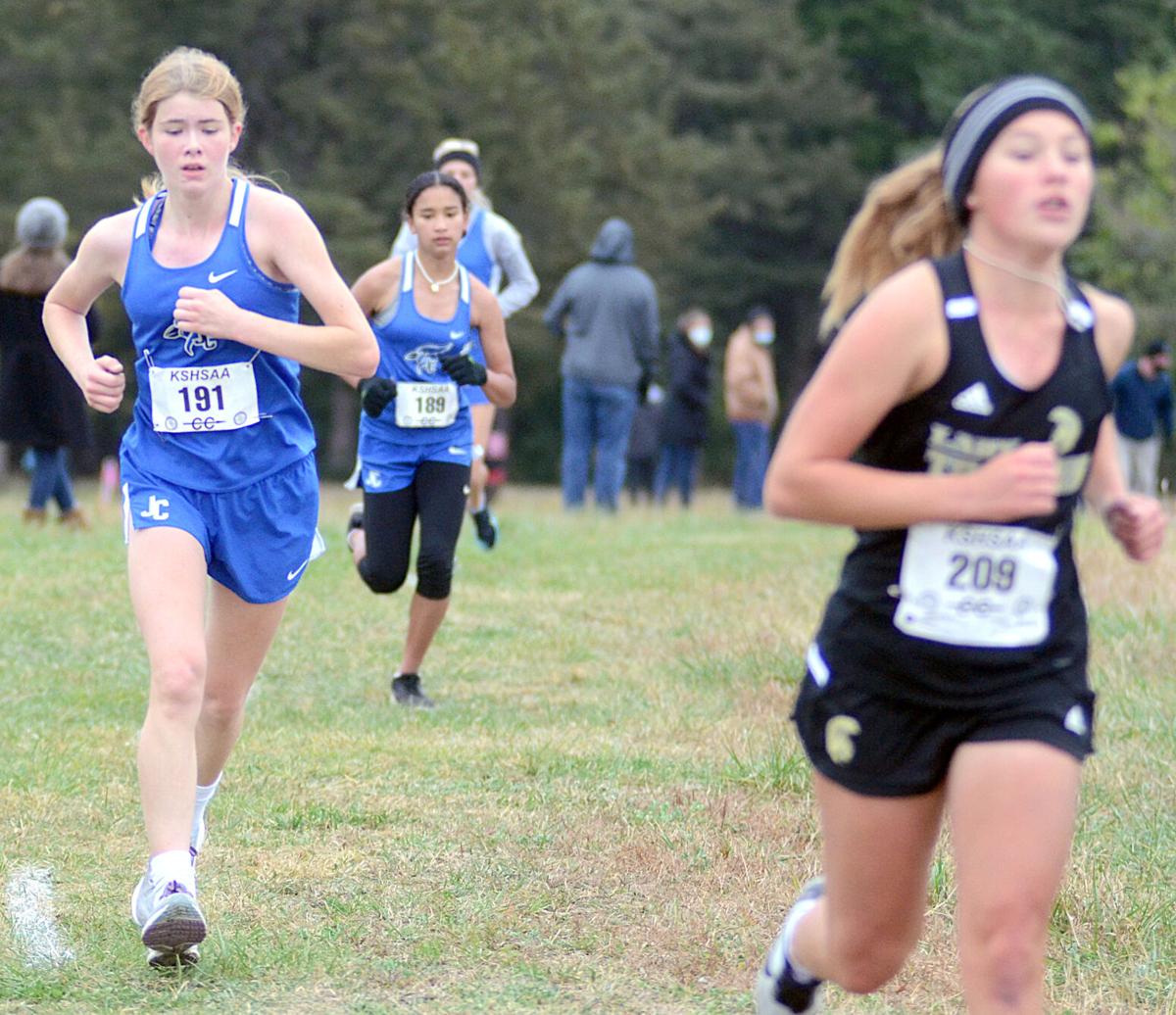 The best cross country runners will meet next Saturday in Augusta at the Kansas State High School Activities Association Class 6A State Meet. To get there, this Saturday teams across the state competed at regional meets where the top-3 teams and three individuals not associated with a team mark their ticket to the final race of the year.

Junction City boys varsity team and freshman Lorna Rae Pierce will be in those competing for the state title.

“This is a hard working group of kids and I'm glad that we were able to get it done,” coach Ryan Norton said after learning the boys team qualified together.

The cold day at Manhattan’s Congo Trail started with the girls varsity race. There, Manhattan earned top honors with Washburn Rural taking second. The two teams were separated by one finishing position or one point.

In the race for third, Hutchinson finished with top placing earning 100 points with Wichita North trailing with 124 and Junction City with 128.

The team was close throughout and needed to pass some key Hutchinson runners to transition as a team. Early in the race, Pierce ran with the second group as the two leaders jumped out to a lead early through the 5K course.

Coming up the hill on their way to the second mile marker, Pierce was holding on to a solid placing inside the top-15 runners with fellow freshmen Amyah O’Neal on her heels and Katelyn Atkins working through a small pack of runners just seconds behind.

Up the small incline and down the expansive final stretch those runners were able to get by the girls.

“It's terrific,” Norton said of Pierce’s performance. “She was the one who was the most committed. So, this is her getting the benefit of her hard training.”

With the team not qualifying together, this was the last race in a Blue Jays uniform for senior Ashlynn Shea. Shea crossed the line in 41st place in 24:15.2.

“I'm happy that she came out her last year of high school for cross country,” Norton said. “She had a wonderful season. Everyone has a bad race now and then, and this happened to be the one that she had a bad race on. But, it was kind of expected today, as she was not at 100% racing today. So we knew, it was gonna be a bit of a challenge to have a great day.”

On the boys side, the day was swept by Manhattan who finished with six runners, five scored, in the top-10 to finish with 20 team points. Washburn Rural finished second with 61 points.

With three individual medalist, top-20 finishers, the Blue Jays closed out the day in third place with 87 points.

Junior Hayden Diestelkamp finished next for the Jays with his 16th place finish in 18:01.5.

The surprise of the day came with sophomore Isaiah Smith. Smith, who had been struggling all season long, finished 18th in 18:22.3 to earn the final individual medal for Junction City.

“Isaiah Smith, you know we've been ready for him to have a good race all season long and he put it together on a weekend that mattered most,” Norton said. “It's awesome to see that for him to put it together down here at the end of the stretch. It's been a rough year but he finally parted out today.”

After he crossed the finish line, he was chanting, ‘Yes, sir!’ as he knew his time was a strong one compared to other runners remaining on the course. His lead over the 19th place finisher from Washburn Rural was 12.1 seconds.

As runners crossed the line, Junction City solidified their results with Raulston and the third complete team to finish.

Once the times were verified the team celebrated their advancement with the parents gathered around.

While pictures were taken of the boys team and the top-5 with Norton, the coach got a welcoming surprise as several alternates dumped a full bucket of ice water on the unsuspecting coach in celebration. All while parents took pictures of the event as it unfolded.

After the celebration, Norton said he was pleased with everyone's performances as the day was about finishing ahead of the next runner and not so much about individual times.

“Today is about regionals,” he said. “Regionals is about qualifying and advancing up. That's really what it's always about. So it doesn't matter what the times are on this particular day it's all about moving on and advancing out.”

Now the runners will prepare for the Class 6A State Meet next Saturday in Augusta with serve workouts and intelligence gathering about the course so they are prepared when they take the nearly 2-hour drive south.