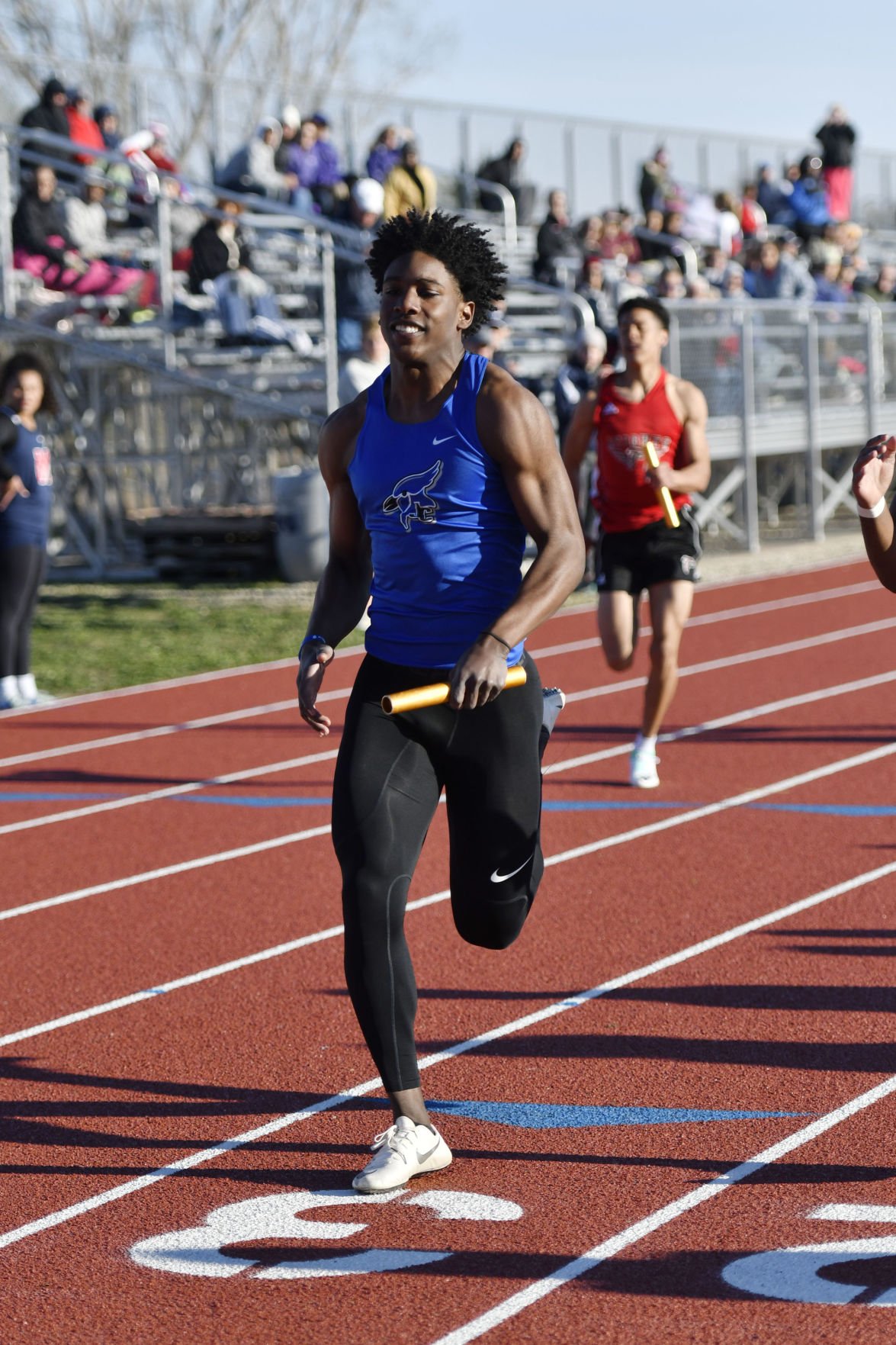 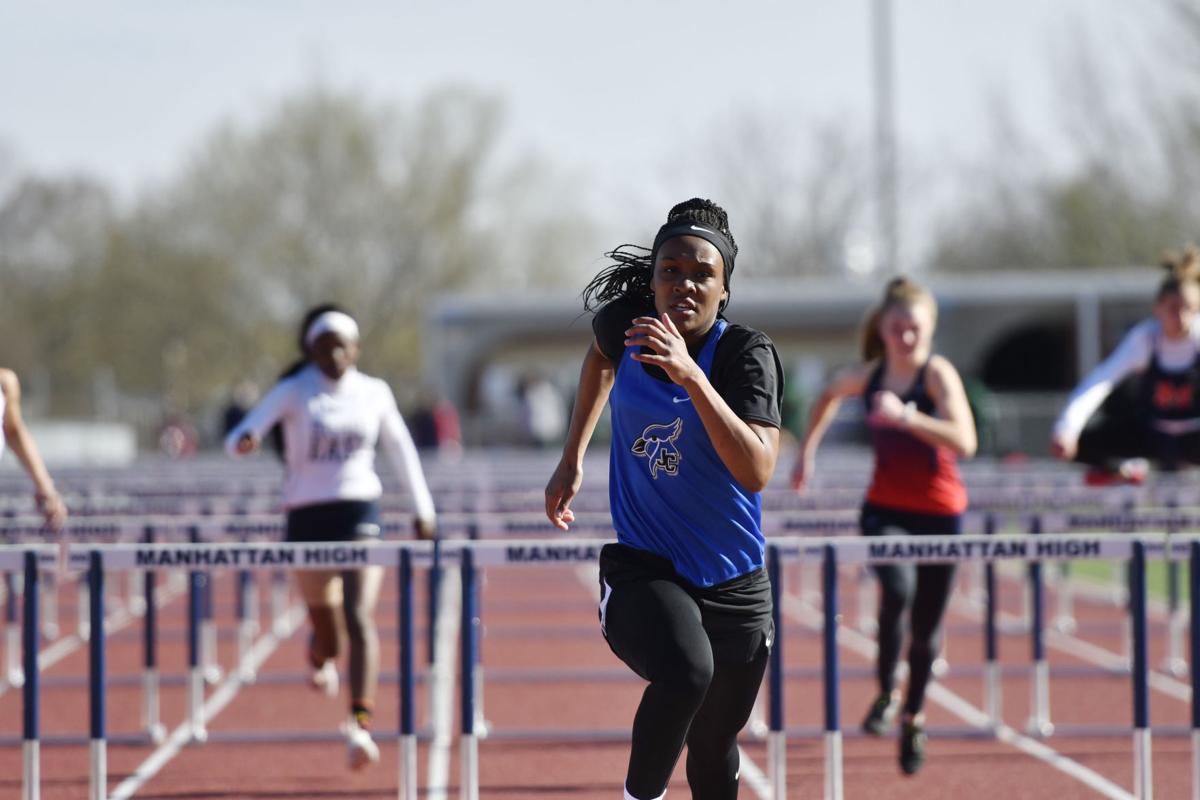 Junction City track and field coach Randall Zimmerman saw signs that indicated Sherrie Jones may soon have a breakout performance. He said he knew she was capable.

She just needed to be convinced that she could.

“And how can you be convinced of it?” Zimmerman asked. “Well, see the results of your work.”

At the Manhattan Invitational at Bishop Stadium on Friday, that validation came in the girls discus throw, where Jones set a personal record with a mark of 121 feet.

“Now she knows,” he said. “Now I think she’s going to be hungry, and she’ll focus on her shot and her disc.”

But in the middle of the meet, Zimmerman said he was pleased with his group’s effort.

The Blue Jays hosted a meet Monday, then had intense workouts all week leading up to Friday. Plus, Zimmerman added, it was cold and windy.

“‘Let’s just work on competing,’” he said he told his athletes. “Competing and not worrying about times so much.”

Keiana Newman, a reigning state champion in the 100-meter hurdles and 300-meter hurdles, won both events Friday. She completed the first in 15.35 and the second in 17.04.

Zimmerman has worked at Junction City for 25 years. He took over the track program in 2009, but gave it up a year later. He returned as its head coach in 2015 and has enjoyed it since.

He said he loves being with the kids. After all, he adds, that’s why he’s in education.

This Blue Jays team, he said, doesn’t have a clear strength, but is good in many areas.

“We’re not head and shoulders above anybody in any particular place, “he said, “but we’re competitive everywhere, so that’s where we’re able to score some points I guess.” On the boys side, Javontez Brime won the 110-meter hurdles in 16.10. He finished second in the 300-meter hurdles.

In track, Zimmerman said, many kids are merely participants. They compete, but they’re by no means elite athletes.

Everyone has their own reason for running, jumping or throwing.

“The biggest thing is you try to help them set goals,” Zimmerman said. “I tell them (that) all the time. Their goals are observed through their daily habits. You try to get every kid, no matter where they’re at, just to set a goal to get a little better.”

Zimmerman also coaches the football team. Track, however, offers him a different experience.

But in both, he tries to get to know the kids in hopes of figuring out what motivates them.

Then it’s about setting goals.

“I tell them, ‘You’ll never, ever reach your ceiling if you’re not busting your butt every day,” Zimmerman said. “You just never will.”