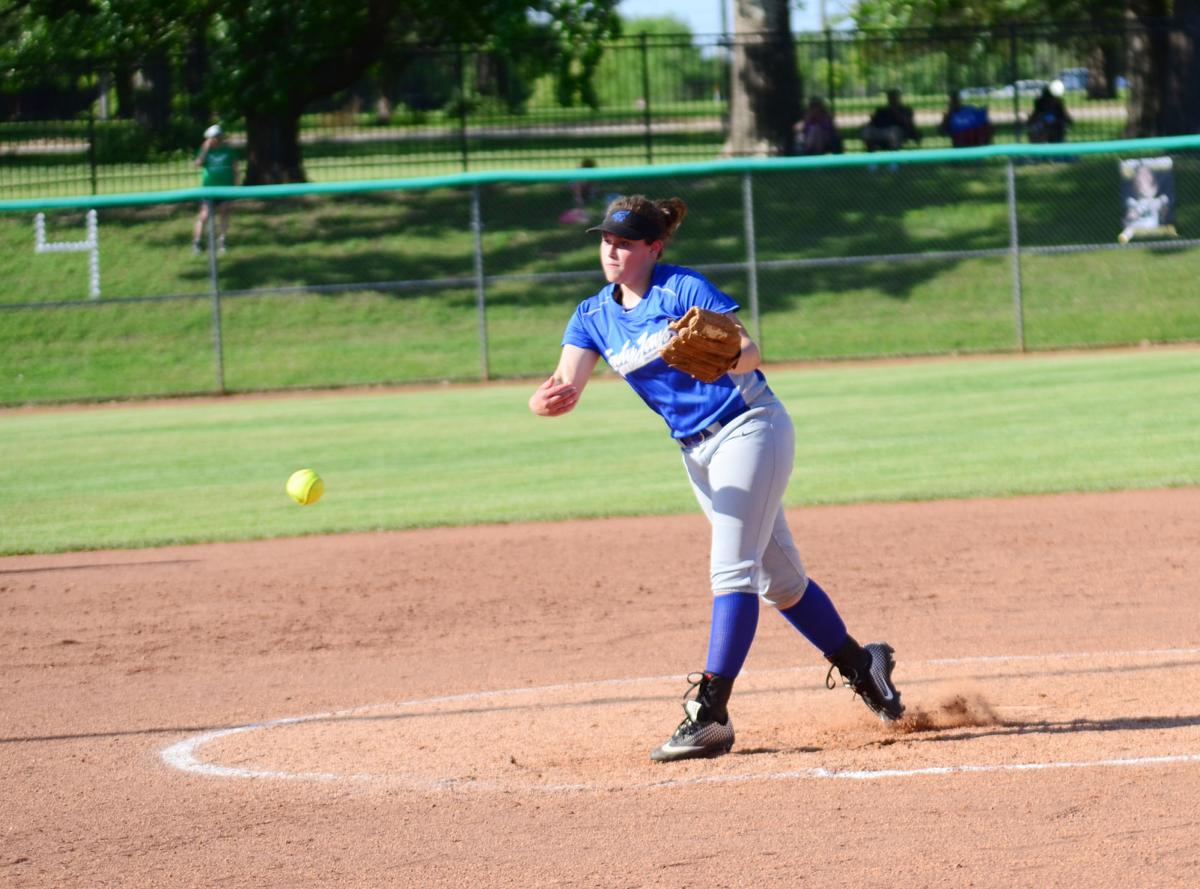 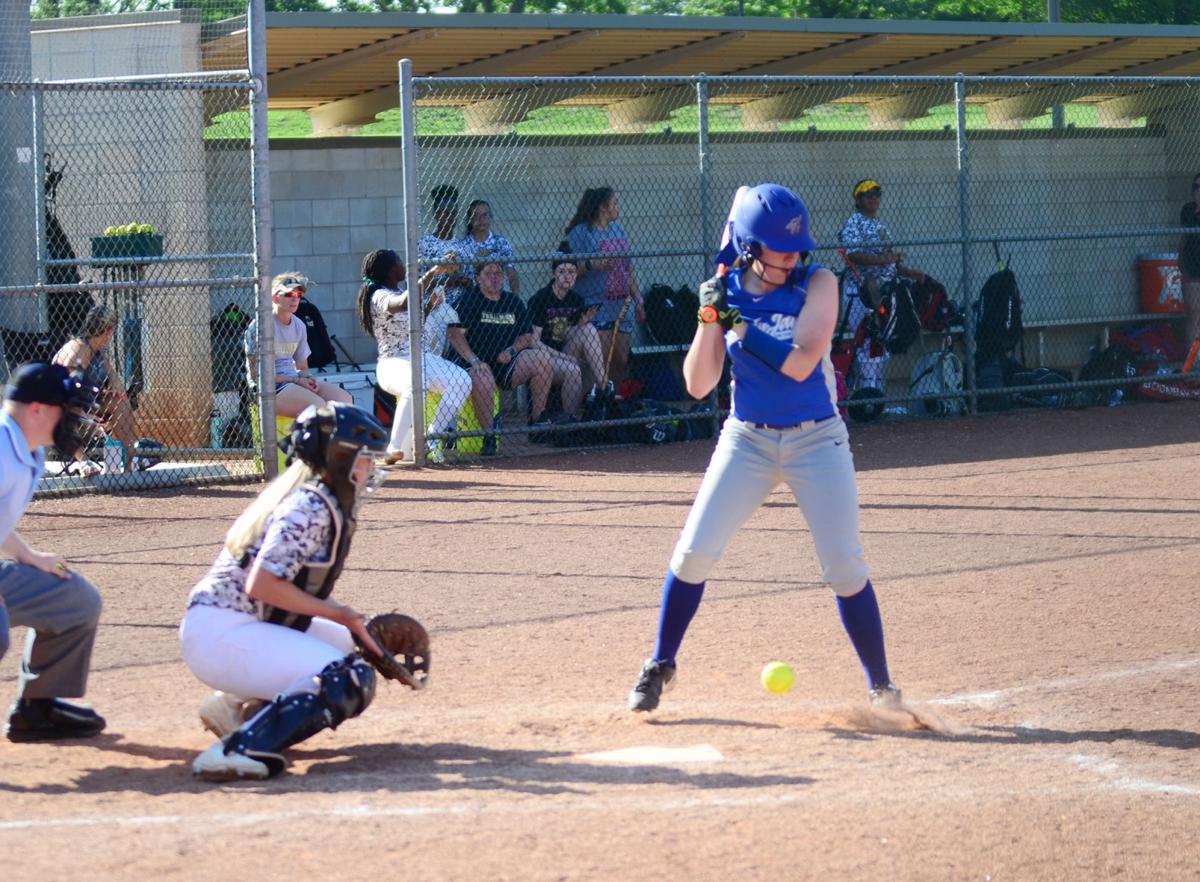 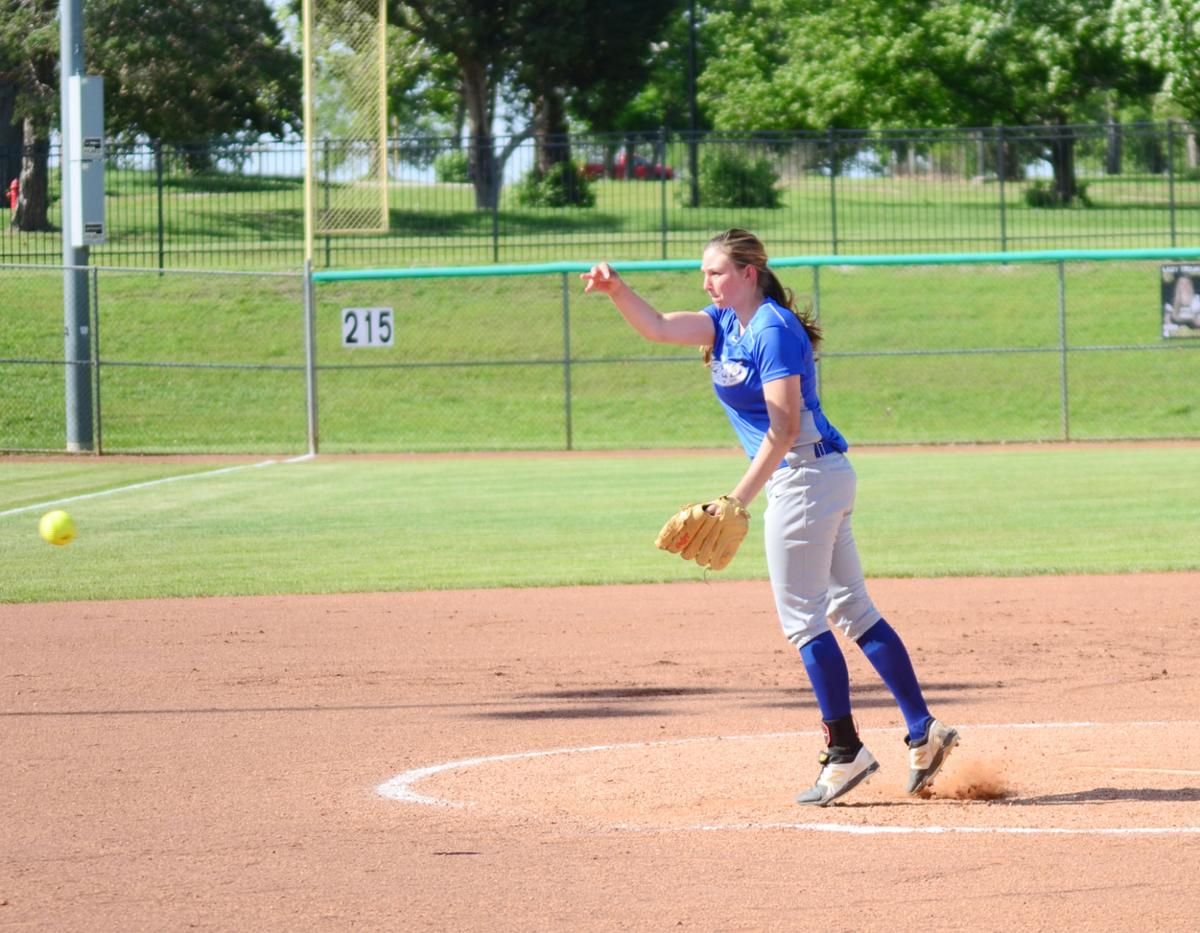 The Junction City softball team suffered a 13-1 loss to Topeka High School in the regional playoff round Thursday afternoon, but coach Aaron Craig’s head is not hanging low. Remembering where this team was just a year ago from now, he is encouraged with the current track the team is on.

“I think it’s a step forward in the right direction,” Craig said. “Last year was a really tough season for us. This year, we did face a lot of adversity, but at the same time our kids showed up every day and they never quit. Those are things we thank them for, and from that you need to thank their parents for instilling those values into them. You look at the season and say they won four games and lost this many, but there’s so many positives that people probably don’t see in that compared to last season. So I look at it as a win, and I think it’s a good foundation to build on.”

A big second inning from the Lady Trojans helped put the game out of reach early on, where they batted around and scored 10 runs in the inning to take a 13-0 lead after two. Alidsha Vazquez was able to put the Lady Jays on the board in the fourth inning. A pickle between first and second base helped give her time from third base to speed home before the runner was tagged out to end the fourth inning.

At the conclusion of the game, Craig took the team to a different field’s dugout as Garden City High School took the field to face Topeka in the championship. With music blaring during that game’s warm-up activities, Craig wanted the team to hear his message loud and clear.

“The first thing we talked about first and foremost was our seniors,” Craig said. “This is my third year, and I just felt like, as a senior group, they’ve had to face adversity. And I feel like they all stepped up to the plate in their own way to help guide that. I wish there would have been a better outcome for our girls. We saw this team game one of the year, and I think we played better today even though the score might not indicate that. I think we did some things we didn’t do the last time we saw them. All in all, it’s not the way we wanted to end the day or season, but I think it was a good day for the kids who came out to play concerning the things we faced all season.”

With a young roster, some of the seniors that will not be returning next year had a message for the young returning players.

“We have five freshmen that came with us today; three of them were playing,” Craig said. “That’s what our seniors kind of talked about. What can you do from this? Where can you go? What can you take from it? Their message was all the same: compete, get out there and play, get in the weight room, build your teammates, build relationships and most importantly listen to your coaches. That was really good honesty from our seniors; they talked about sometimes it goes through one ear and out the other. But when it’s all said and done, what we are doing as coaches, they understand.”

Even though JC’s softball season came to a close Thursday, that doesn’t mean the work stops. The off-season is what will prepare the team for next season. Craig encouraged players to keep the competitive juices flowing outside of the diamond, to keep the positive strides in the team’s development going.

“Get out and compete,” Craig said. “Join other sports, get out and do more than just one sport. If you don’t get to make a team with the high school, get an opportunity to compete somewhere. Get competition in your life every single day. Be in the weight room, throw the ball every day, go hit once a week, do the things you need to do all year round. And don’t just show up in March and say, ‘I want to play softball,’ and things of that nature. If you can do those things, if we can get our girls committed to that with the other things and find time to do that, I think our season next year could start off really well.”