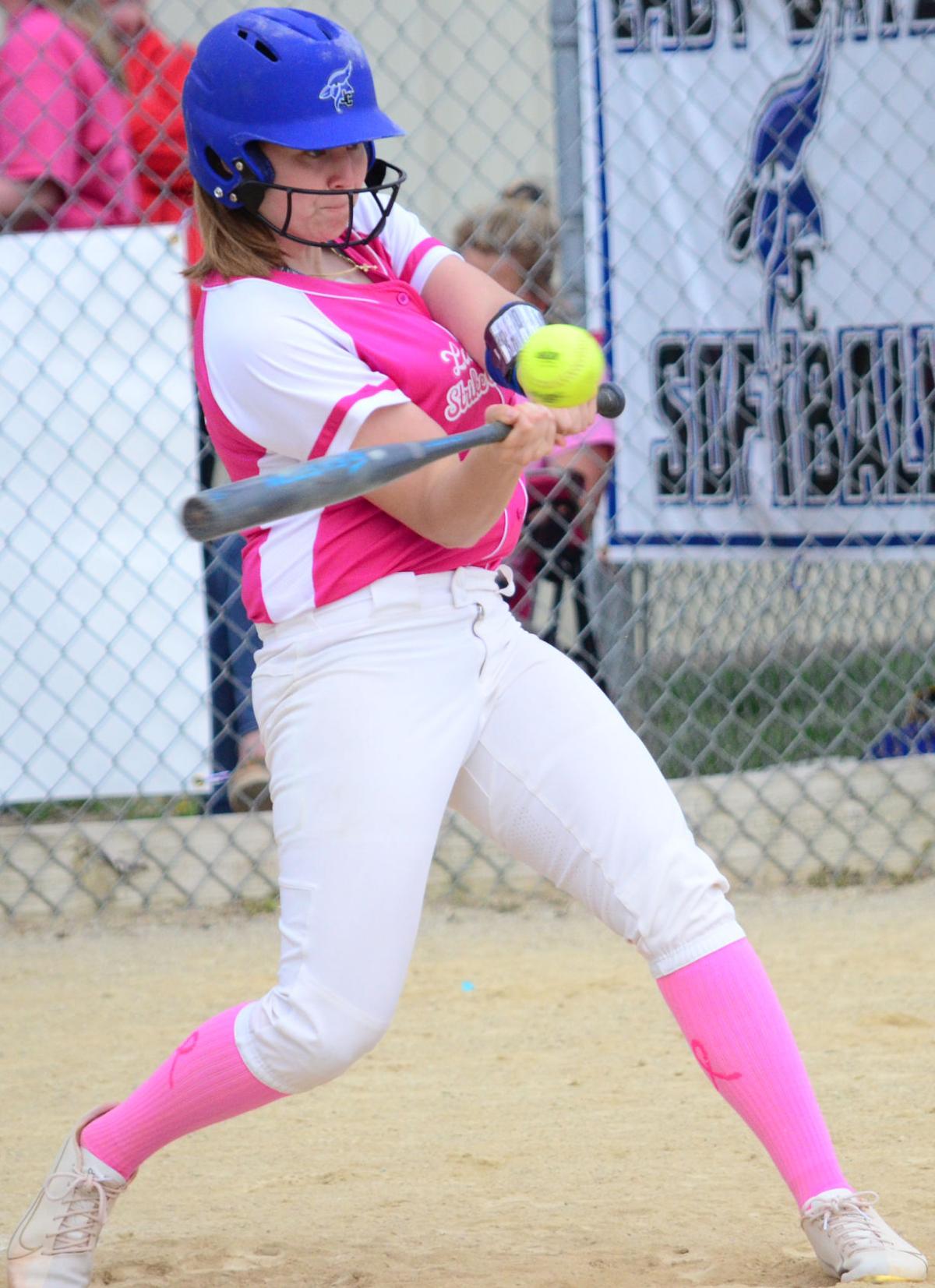 Senior Taylor Strickland connects with the ball during game one of the Lady Jays doubleheader at home versus Seaman on Wednesday. 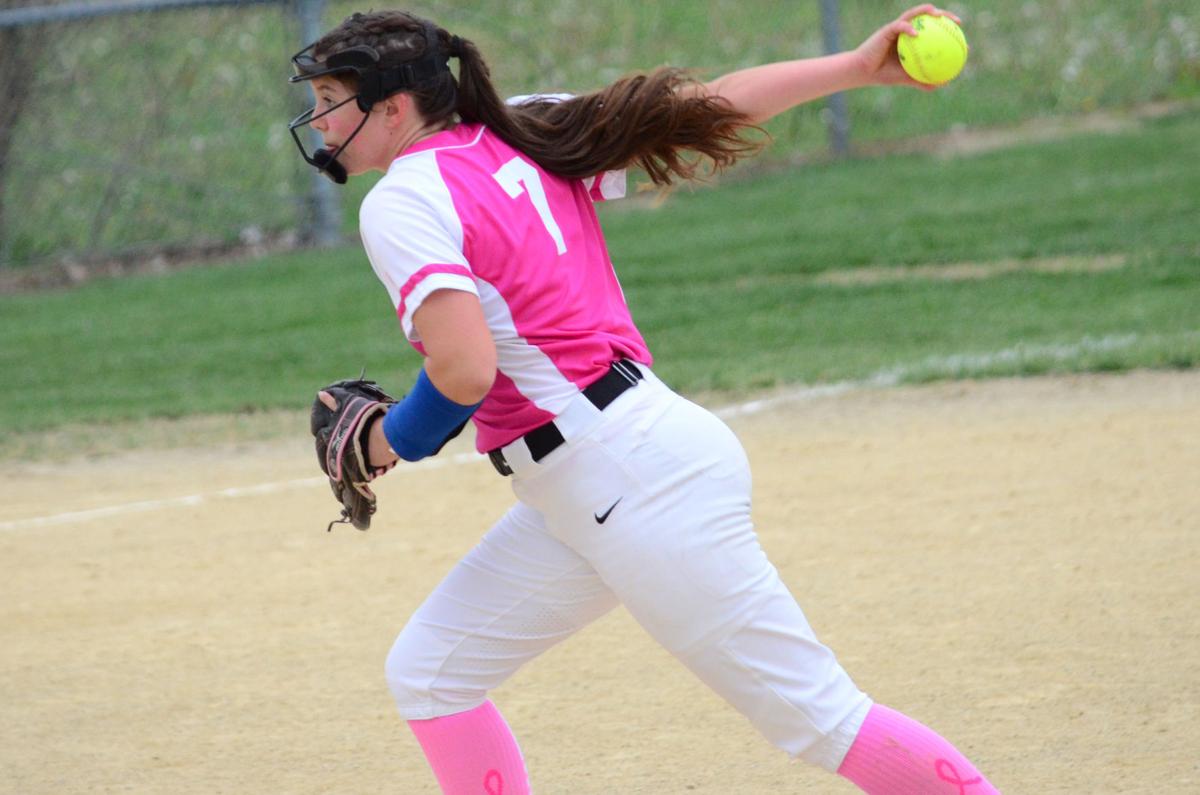 Anja VonSpreckelsen throws out a pitch during the second game of the Lady Jays home doubleheader versus Seaman on Wednesday. 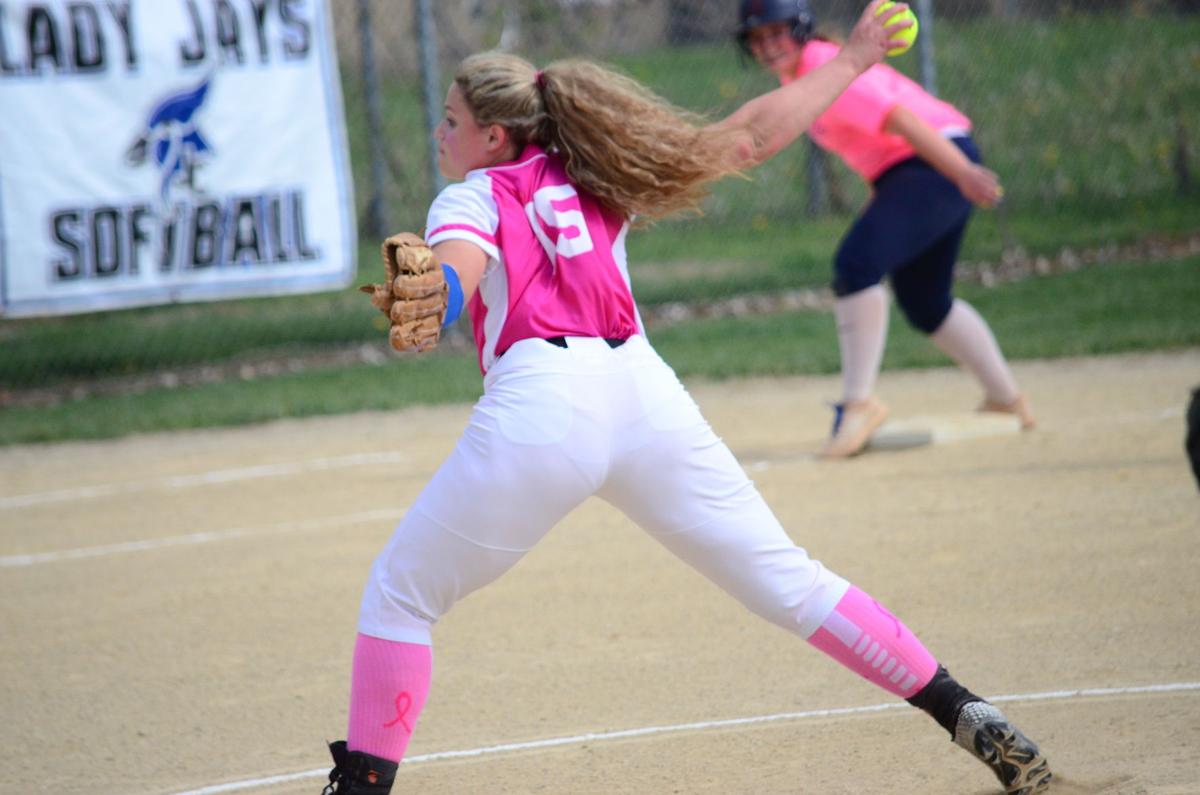 Senior pitcher Megan Hunt throws out a pitch during game one in Junction City’s home doubleheader versus Seaman. 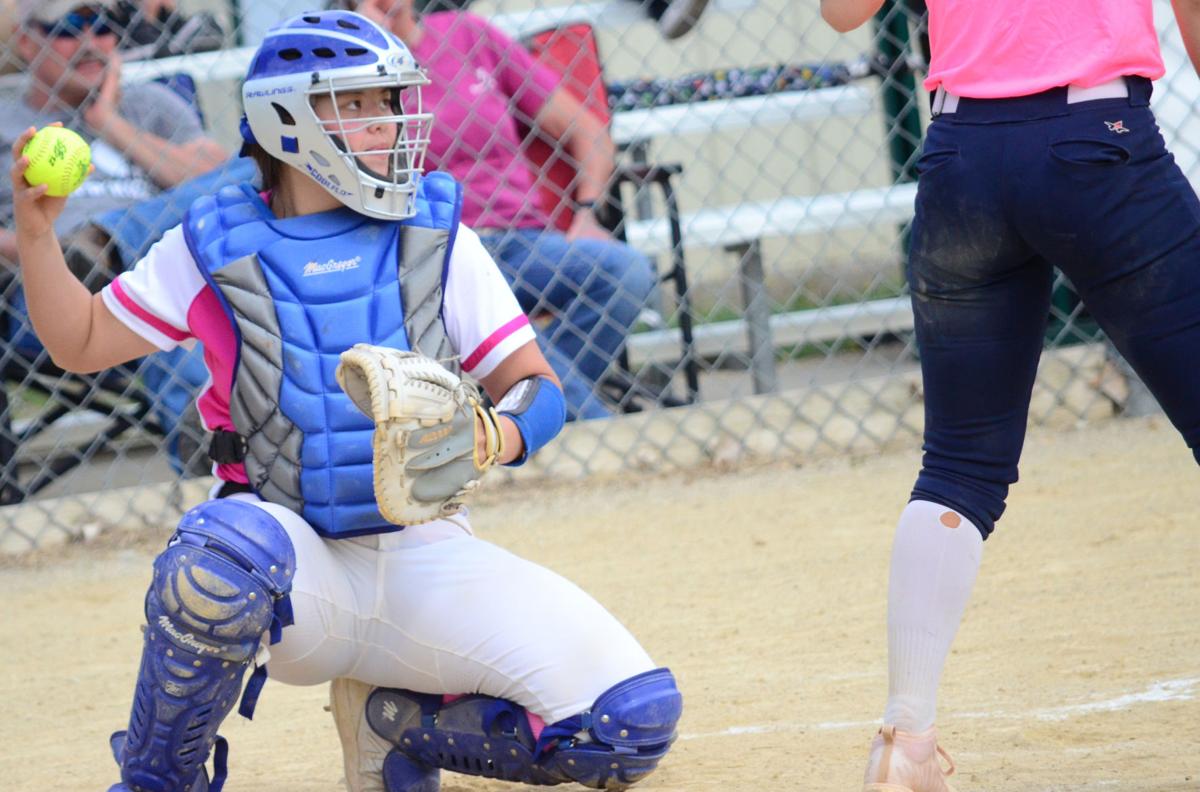 Freshman catcher Sara Rexrode prepares to throw the ball back to pitcher during Junction City’s home doubleheader versus Seaman on Wednesday.

Senior Taylor Strickland connects with the ball during game one of the Lady Jays doubleheader at home versus Seaman on Wednesday.

Anja VonSpreckelsen throws out a pitch during the second game of the Lady Jays home doubleheader versus Seaman on Wednesday.

Senior pitcher Megan Hunt throws out a pitch during game one in Junction City’s home doubleheader versus Seaman.

Freshman catcher Sara Rexrode prepares to throw the ball back to pitcher during Junction City’s home doubleheader versus Seaman on Wednesday.

After opening the week with a competitive sweep at Hayden and before closing the week with two losses at Manhattan, the Lady Jay (3-10) softball team ran headlong into a hot Topeka Seaman (11-3) team, falling at home 0-10 and 2-19.

“Seaman is a team that’s always been solid in the Centennial League,” head coach Aaron Craig said. “They won a state championship not too long ago, within the last three to four years, and they’re always disciplined. I don’t know if that had anything to do with our performance. I believe that our team is a solid enough team that with the performance that we had on Monday, that we could’ve competed with them and at least gotten a split. For our program moving forward, we have to take those games and show how good we are which I don’t think we did.”

In game one, Seaman jumped up with a quick two runs in the top of the first and added three more in the next inning to take a 5-0 lead. Two innings later, the Vikings added five more runs to push their advantage to double-digits leading to a five-inning run-rule after another two scoreless innings for the Lady Jays.

In game two, Junction City made it out of the first inning unscathed but six Vikings scored in the second and another six scored in the third to open up a massive 12-0.

Junction City was able to find some offense in the bottom of that inning, scoring two off a deep double to centerfield from Ava DeGuzman to cut the Seaman lead to 10.

The Vikings added seven more runs in the fourth and fifth innings before the game ended on another run-rule with the Lady Jays trailing 19-2.

Individual stats were unavailable as of press time.

The six-loss week is part of a larger skid where the Lady Jays have lost nine of the last 10 games they’ve played. Craig has seen the potential that his players have and hopes that their recent struggles won’t deter them heading into the final stretch of the season.

“Right now, with this group, it’s all there,” Craig said. “It’s just the mental aspect. These girls have a great opportunity in front of them and they’ve done some things this season that haven’t been done in a few years and we have to continue to build on those successes but we also have to look at the things we need to reflect on and say what do we need to do to get better and keep us in this position and the mental approach is key to making that happen.”

The Lady Jays have three series left this season before heading into regional play starting with a trip to Topeka on Tuesday to play winless Highland Park before facing two of the top teams in the state in Washburn Rural at home on Friday for senior night and next Tuesday at undefeated Topeka High.

IN THEIR SERIES versus Hayden earlier that week, the Lady Jays were considerably more competitive. Junction City saw game one in Topeka on Monday slip away 5-4 with a tie breaking run in the bottom of the sixth while the 8-2 game two loss was doomed with an early 4-0 lead for the Wildcats after the first three innings.

Megan Hunt went five innings allowing just three runs on eight hits and a walk with one strikeouts in game one.

Ava DeGuzman led the way with four hits followed by three for senior Taylor Strickland and two each for Amira Bivens, Anja VonSpreckelsen and Lucy Rivera.

The Lady Jays allowed a run in the opening inning but then went on to take a commanding 4-1 lead after four and half innings.

Hayden started off the bottom of the fifth strong, loading the bases and scoring one run before allowing their first out. The Wildcats grounded out twice in-a-row to tie things up at four before scoring the go-ahead run an inning later.

The Lady Jays got the tying run to second base on a two-out double by Abby Ratts but couldn’t get her home.

In game two, VonSpreckelsen and DeGuzman split the pitching duties nearly down the middle of the game allowing eight runs (six earned) on 12 hits and a walk with four strikeouts combined.

Offensively, the Lady Jays struggled a bit more than in game one as only Hannah Ratts and VonSpreckelsen had multi-hit games with two each.

After Hayden grabbed an early 4-0 lead after four innings, Junction City managed to get something going in the top of the fifth with three straight singles to start things off.

DeGuzman was walked with the bases loaded to score the first run and then Bivens singled in Abby Ratts on the next play to cut the Wildcats lead to two. Hayden got those two runs back in the bottom of the inning and Junction City could not get another run across in the final two innings of the game.

VERSUS MANHATTAN, the Lady Jays struggled to find consistency in any of the phases of their game, dropping game one in a 13-1, five-inning run rule and losing game two 7-2.

The Lady Jays recorded just two hits in game one and scored their only run in the top of the third as result of a walk of Anna Torres, a sacrifice bunt by Ava DeGuzman on the next play to move her to second and then two wild pitches to get her to steal third and home before Manhattan pitcher Jaden McGee recorded one of her five strikeouts in the game to end the inning.

Hunt got the start and went all four innings, allowing 13 runs on 16 hits with one walk.

Things drastically improved in game two on both sides of the ball despite the fact that at the end of the seven innings, the Lady Jays still were on the losing end of things.

The Indians scored two runs in each of the bottom of the second and third innings before Hannah Ratts bunted in Bivens to give the Lady Jays their first run of the game.

Manhattan added another run in the bottom of the fourth and then two more in the next inning to push their lead to 7-1.

After an inning-opening strikeout, a double from DeGuzman and a single from Bivens let Ratts up again for a sacrifice score, cutting the lead to five. Junction City got one runner on with no outs to start the top of the seventh but couldn’t capitalize as Manhattan recorded three straight outs to close out the sweep.

Bivens had two hits in the game to lead all Lady Jays and VonSpreckelsen went the full seven innings allowing seven runs on 10 hits and four walks with four strikeouts.