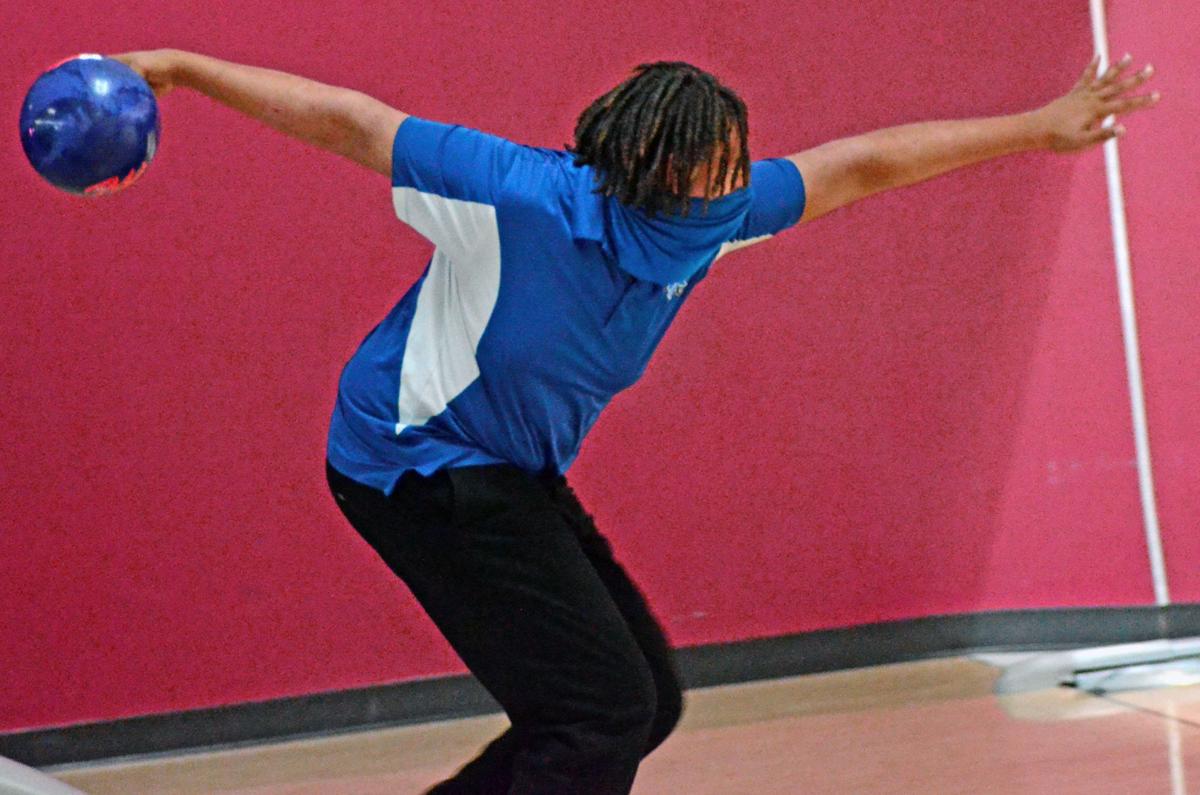 Sophomore T.J. Lindsay prepares to send a ball down the lane during the 6A regional bowling tournament on Friday at West Ridge Lanes in Topeka. Lindsay bowled the second highest individual average at the meet which qualified him for state. 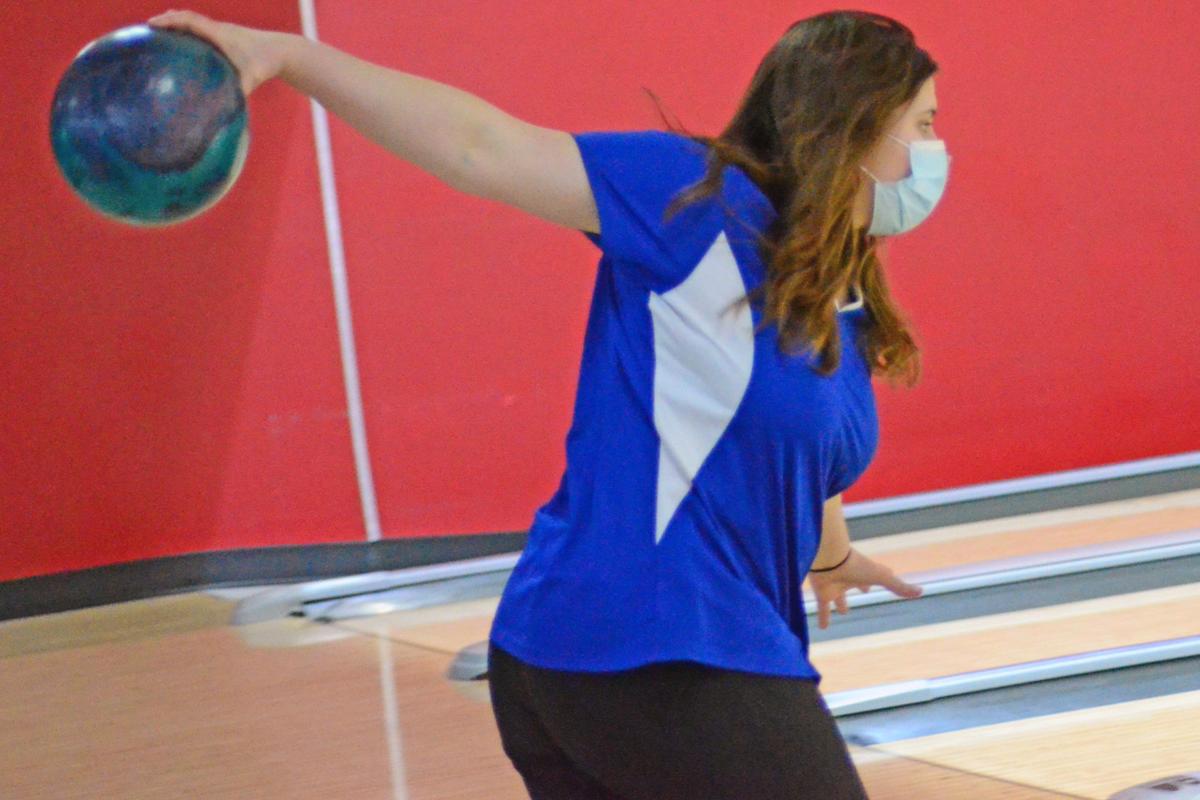 Junior Allyson Heidenreich lines up her throw during the 6A regional bowling tournament on Friday at West Ridge Lanes in Topeka. Heidenreich had the highest average score of all of the Blue Jay girl bowlers.

Sophomore T.J. Lindsay prepares to send a ball down the lane during the 6A regional bowling tournament on Friday at West Ridge Lanes in Topeka. Lindsay bowled the second highest individual average at the meet which qualified him for state.

Junior Allyson Heidenreich lines up her throw during the 6A regional bowling tournament on Friday at West Ridge Lanes in Topeka. Heidenreich had the highest average score of all of the Blue Jay girl bowlers.

TOPEKA — The Junction City bowling teams are sending one bowler to the 6A State Bowling tournament after competing at regionals in Topeka on Friday.

Sophomore T.J. Lindsay was the lone Blue Jay bowler to perform well enough to get a chance to travel to Wichita on Friday and while head coach Brad Adams was thrilled for Lindsay, there was disappointment in the fact that he will be competing without any of his Junction City teammates.

“We’ve talked all week about what they needed to shoot and what they needed to average today to qualify for state,” Adams said. “When they started bowling today, it became clear that it was going to be a struggle for us to hit average today team-wise and we didn’t. We were going to need something above average for us to be one of the top two teams.”

The Junction City boys and girls finished fourth as a team with scores of 3029 and 2489 respectively. Washburn Rural boys and girls took first while the Wichita Heights boys and the Manhattan girls took second to wrap up the team qualifiers.

“We worked on so much this week to get ready,” Adams said. “We just couldn’t find where to go. It’s hard to give direction to anybody on where to throw the ball when they aren’t able to get it there on a consistent basis. We were just all over the place. If our accuracy was better, I think we could’ve scored pretty well on these lanes. Some days your accuracy is better than others and they’re only high school kids.”

As mentioned earlier, Lindsay led the way for all of his teammates, putting up a series score of 644 (279, 188, 177) which was the second-highest individual score of the tournament behind Derby’s Jason Miller who bowled a 688. His 279 that he bowled in game one was the highest individual game score of the day by more than 20 pins.

“TJ’s first game really helped solidify his position,” Adams said. “He hit a 279 and had the front nine strikes in a row and at one point was looking at a 300. The second game he dropped off considerably but in the third game he bounced back a little bit but if it wasn’t for that big first game, he would’ve been in some trouble.”

This is the second year in-a-row that Lindsay has qualified for state as an individual.

“The girls couldn’t hit the barn if they were inside of it today,” Adams said. “We missed the headpin, we missed single pins, it was just all over the place. Allie probably had one of the better, more consistent looks but with a 492, that was going to be a stretch to qualify for state. I hoped it would be enough but it just wasn’t.”

The good news for Adams and the Blue Jays is that the future is still very bright for both Junction City bowling teams. All 12 varsity members will be back again next year and, if they put in the work in the offseason, Adams thinks they have a real shot of making a big jump by the time next season rolls around.

“We don’t have any seniors,” Adams said. “Everyone will be back next year. When this is over, I’d like to see them all take a two-week break from bowling and then do something at the bowling alley once a week or something because if they lay-off and don’t do anything for four, five or six months, if they get to October or November and decide that they better go throw a couple of games before try-outs, we’re not going to get any better. The bowling alley is open all the time, they just have to go put in the work.”