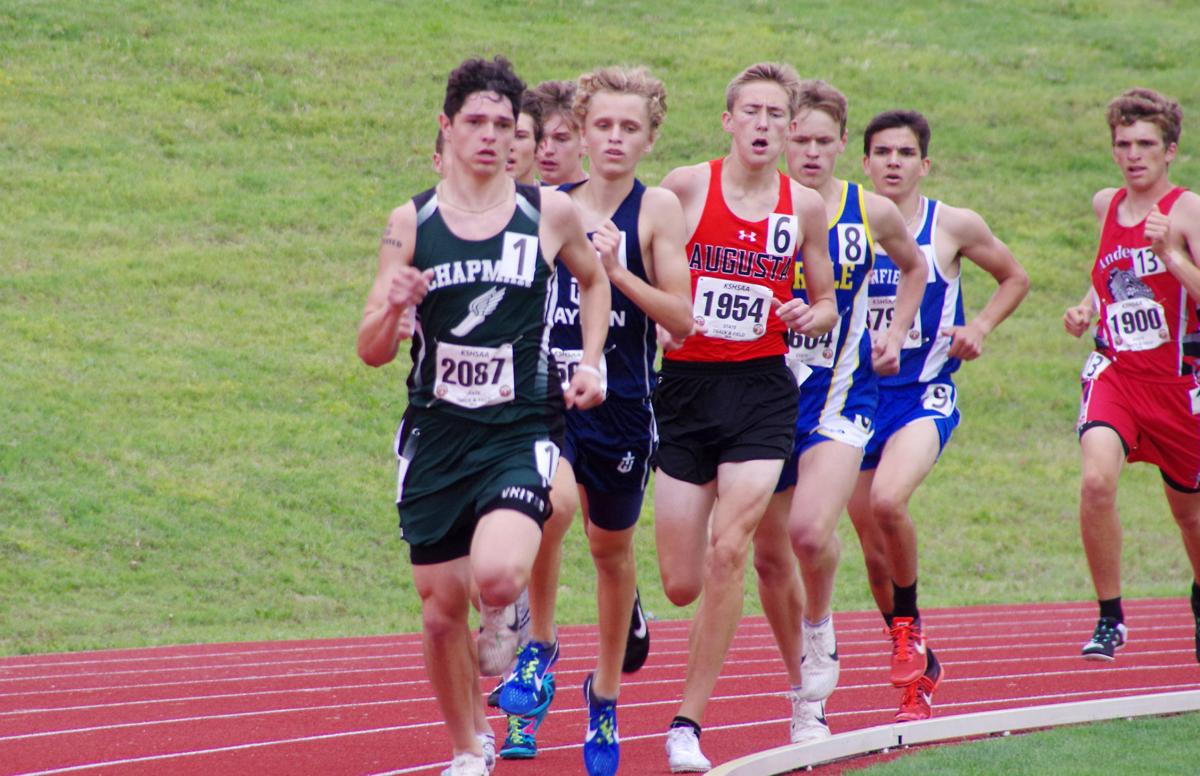 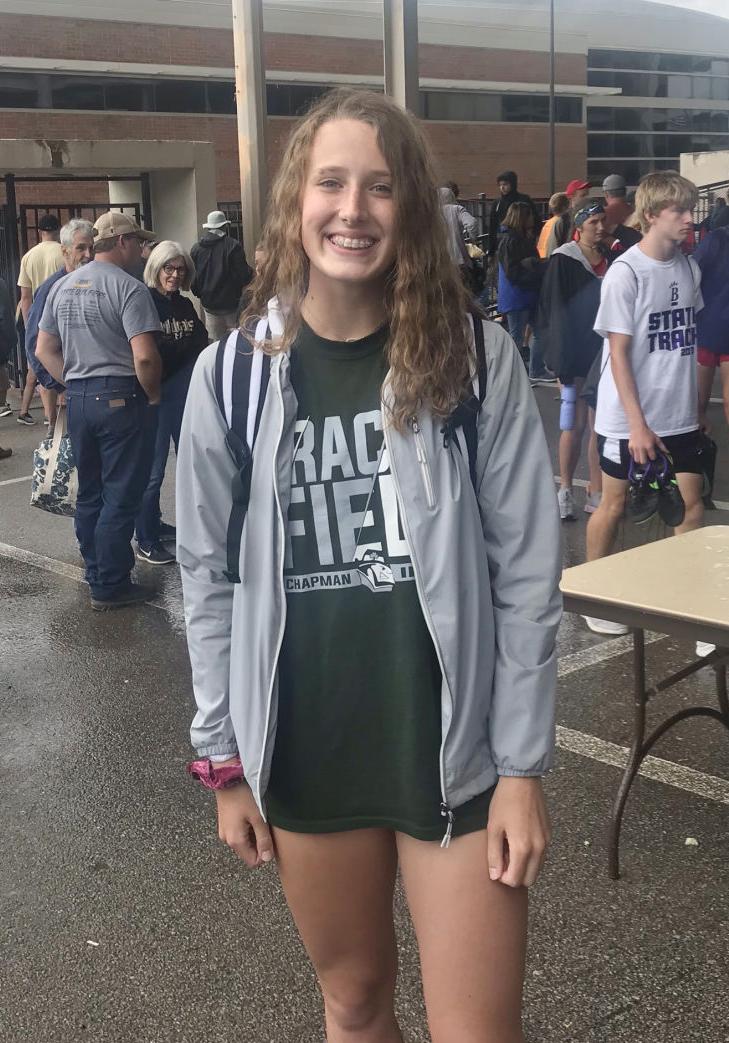 McKenna Kirkpatrick was crowned state champion of the Girls 4A triple jump event.

Chapman’s Aaron Modrow feels that he’s been physically capable the last couple years to win a state championship, but mentally he wasn’t. After a really tough race in the 1,600-meter run at the K-Relays, he hit a breaking point. Modrow dropped himself out of the race after the third lap, and he and his coach felt it was best to just let it go. But, a text message from his summer track coach, who wasn’t even at the meet, changed everything.

Modrow said he was seen as a quitter to many, and faced some low points mentally. He wanted to escape the hole he was in.

“I realized where I was; I don’t want to be down there for the low spot mentally and physically again,” Modrow said. “It’s definitely been a big thing; close the chapter. If you have a bad day at practice, close it and tomorrow’s a new day. Definitely true now with each race and just going in once it’s done.”

Modrow began running more freely and everything opened up for him. And on Saturday at Cessna Stadium in Wichita, Modrow turned his low points into the biggest honor in track; he is a state champion.

“This year it finally came together mentally,” Modrow said. “Now that it’s all there, it’s just so exciting and I’m enjoying the moment. Last year after the 3,200s on the first day, I was like, ‘I want to go home. I’m just too upset with myself and I don’t want to be here.’ Now I’m here and I’m just loving this. I wish I had such an open mind set about everything because there’s so much going on. I guess sometimes I shut myself off from a lot of people. This year has been open; I’ve been talking to a lot of people. I feel like I’ve made a lot of friends.”

Modrow claimed gold in the 3,200-meter run with a time of 9:49.25 and in the 1,600-meter run clocking in at 4:34.31 at this weekend’s state track meet. Modrow went from almost quitting the sport entirely to persevering and striking gold twice in his senior season.

“I can tell you one thing; I was tired of losing,” Modrow said. “It was a great experience being on the podium, but for me it was just knowing I’m capable of more and knowing I was capable of more and not being able to put it together was really hard for me and I almost quit a couple times. I don’t get tired of winning; I get tired of not doing my best. That’s been the hardest because there’s been a lot of races where I am in front by myself and at K-Relays, I was on an island by myself for a lot of the race just doing it on my own. I guess it’s heartbreaking seeing yourself. Like, man, I didn’t run my full potential and knowing that I put in the work and training. So once I finally got it together mentally, I saw my training was there and I had full faith in that.”

Modrow is blessed to be able match his physical gifts with his mentality. Putting that together ultimately made the difference for him, etching is name in the history books forever. But, he knows he couldn’t have made this journey without the help of many that remained by his side during the toughest of times.

“Mentally, I just can’t thank my coaches, family, my friends enough who supported me through that because there was so many rough spots,” Modrow said. “I’m just glad I had them to help lift me up through those times.”

Chapman’s McKenna Kirkpatrick’s worries a year ago were much deeper than they were Saturday afternoon.

“I didn’t have one of the best seasons the year before,” Kirkpatrick said. “I kind of just went into it (season) hoping to improve. It wasn’t until towards the end of the season that it kind of hit me like oh my goodness — I can actually win this.”

After jumping a 35-08.75 in the triple jump Saturday, Kirkpatrick was crowned as a 3A State Champion.

Last year, Kirkpatrick was worried about her performance not being up to her standards. She hit the weight room and worked and spent extra time on the track during the season and off-season to improve herself.

Now just a year later, her biggest worry was maintaining her balance on the No. 1 spot on the podium in front of thousands at Cessna Stadium. Her work paid off.

“I was just thinking about don’t slip when you’re getting up there because how embarrassing would that be,” Kirkpatrick said. “But then once I got up there, it was just one of the best feelings. It doesn’t get any better than that.”

Kirkpatrick winning gold made her the third Chapman High School athlete to be crowned as a state champion that afternoon. She joined Aaron Modrow and Taylor Briggs — who also won two gold medals — a group Kirkpatrick is honored to share the spotlight with.

“They’re like the most hard working and sweetest people I’ve ever met in my life,” she said. “They’re so humble and work so hard. It’s great to be able to be apart of something bigger with them too.”

Kirkpatrick hopes with continued improvements on the track and weight room will put her back in the situation to defend her title next season.

Other Chapman results include: