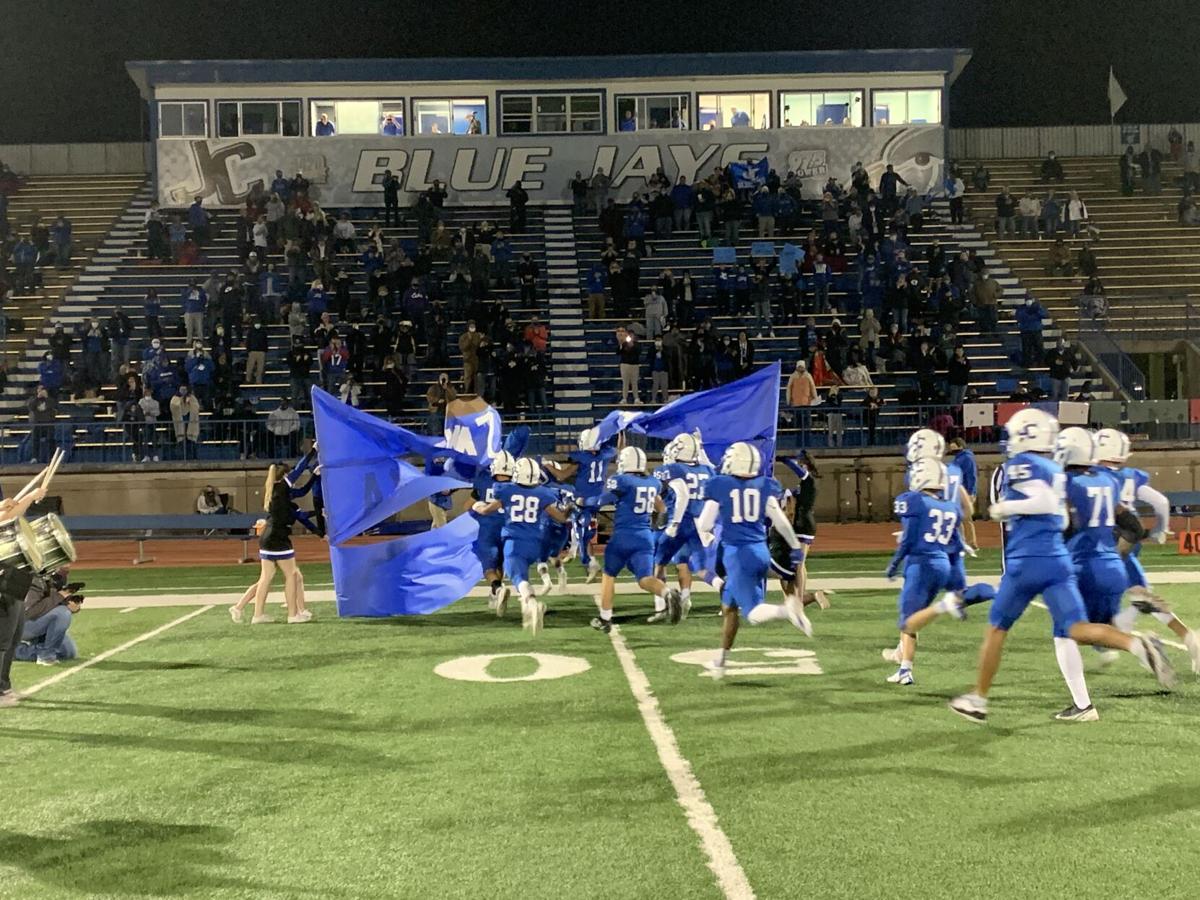 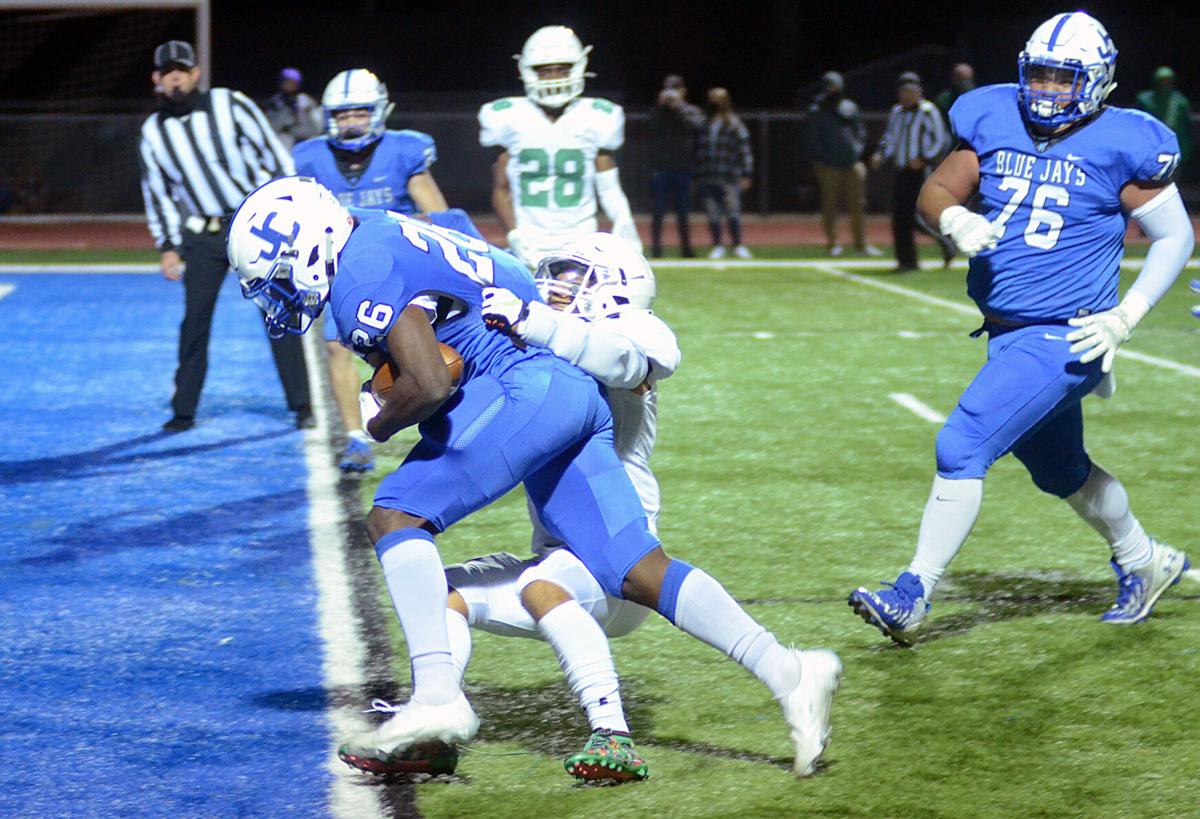 The end of the season came a week earlier than the Junction City Blue Jays, and their fans, hoped for Friday night with the 62-27 loss to the defending state champions Derby at Al Simpler Stadium.

Defensive struggles plagued the Blue Jays all night as they fought to contain the dual threat in the Panther backfield in quarterback Lem Walsh and running back Dylan Edwards.

“Very tough game,” coach Randall Zimmerman said. “Derby just beat us tonight, they just flat beat us. The only chance we had was to get out in front of them and we're very young defensively. And tonight we just had kids that were playing completely out of position.”

The Jays defense was able to tackle the strong running threat but not before giving up five or more yards per play throughout the game. Late in the game, junior linebacker Keghan McConnell was able to penetrate the offensive line to sack Walsh for a seven yard loss. But on the next play the Panthers found a gap and rushed for a first down to keep their drive alive which resulted in another touchdown.

“They're just very good and we had really young kids out there trying to make tackles that were put in positions they probably, you know, I don't believe they should have been,” Zimmerman said.

The defensive struggles led to offensive pressure as the Blue Jays were forced early to make plays. Early season success on the ground were read which resulted in low gains, while passing efforts were faulted with over and under thrown passes.

Quarterback Andrew Khoury, who completed 67% of his passes this season, struggled throughout the night.

“He's a great kid — he's an unbelievable great kid — very intelligent, great leader,” he added. “Love the kid to death and every one of these kids. I just do and I say that and I genuinely mean it. And that's what makes it so hard.”

Late in the first half, Junction City looked to capitalize on a series of mistakes by the Panthers. After a holding call and personal foul after the play were called against the Panthers, they faced a third and 24 to convert for a first down. Walsh tossed the ball up towards the end zone with senior Javon George sitting wide open for the pick.

The momentum shift was short lived for the Jays who were forced to punt with less than a minute remaining.

Derby took advantage of a solid return and solid running to open a gap for receiver and backup quarterback Mercer Thatcher to catch a pass for a touchdown with less than 10-seconds remaining.

With the loss, the Blue Jays finish their 2020 campaign 9-2. The season was bookended with losses, but the growth of the team who battled through the COVID-19 pandemic and restrictions is what makes Zimmerman proud.

“That's what this game is about,” he said. “Football is kind of a little nugget to get them reeled in to teach them some life skills. I mean this game will wear off and the score will wear off. And they will remember the year and they'll remember the good times — during the senior retreat and the pregame meals — and how 2020 was so different. Those are the things that these kids will remember forever. Then just the growth that these kids make. Some kids just absolutely have to have activities some absolutely have to have the structure and discipline that we can provide. I'm just really proud of the kids, the year they put together.”