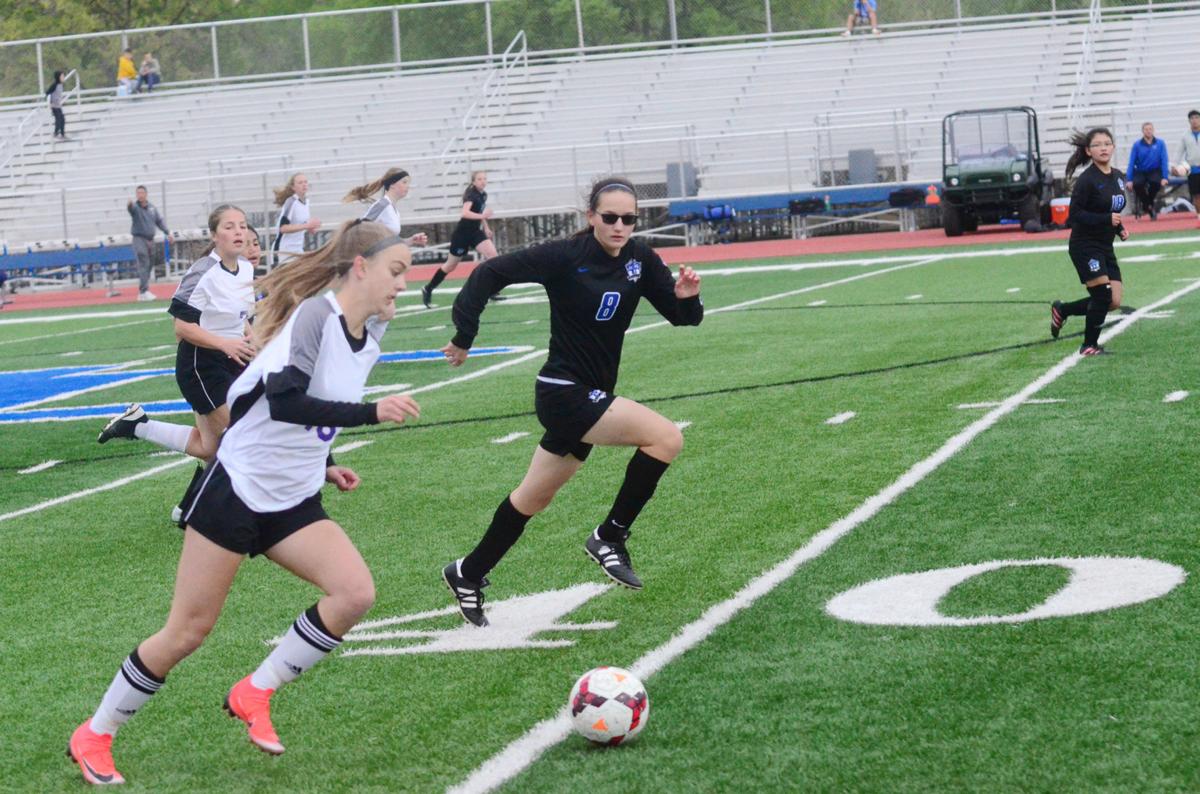 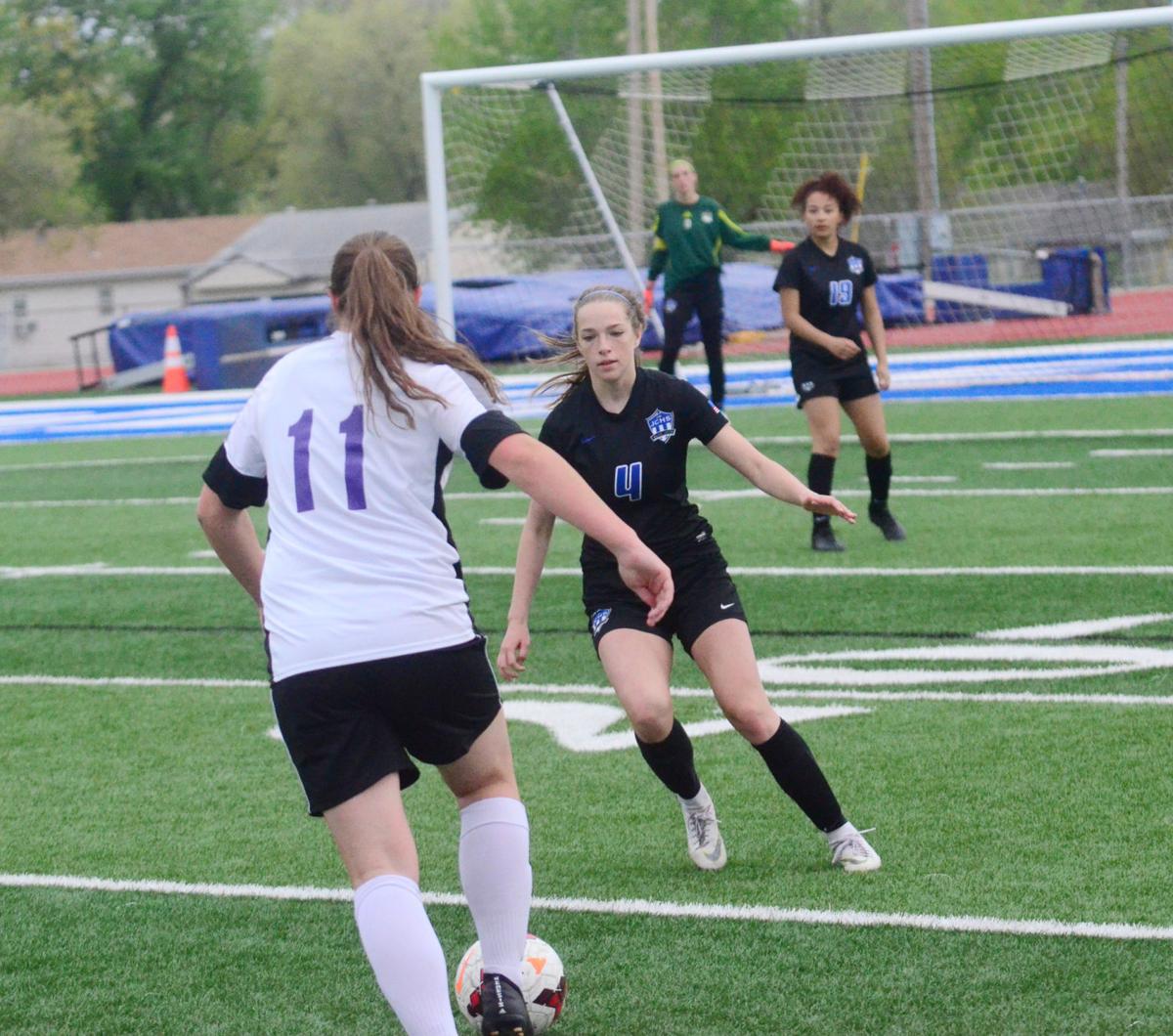 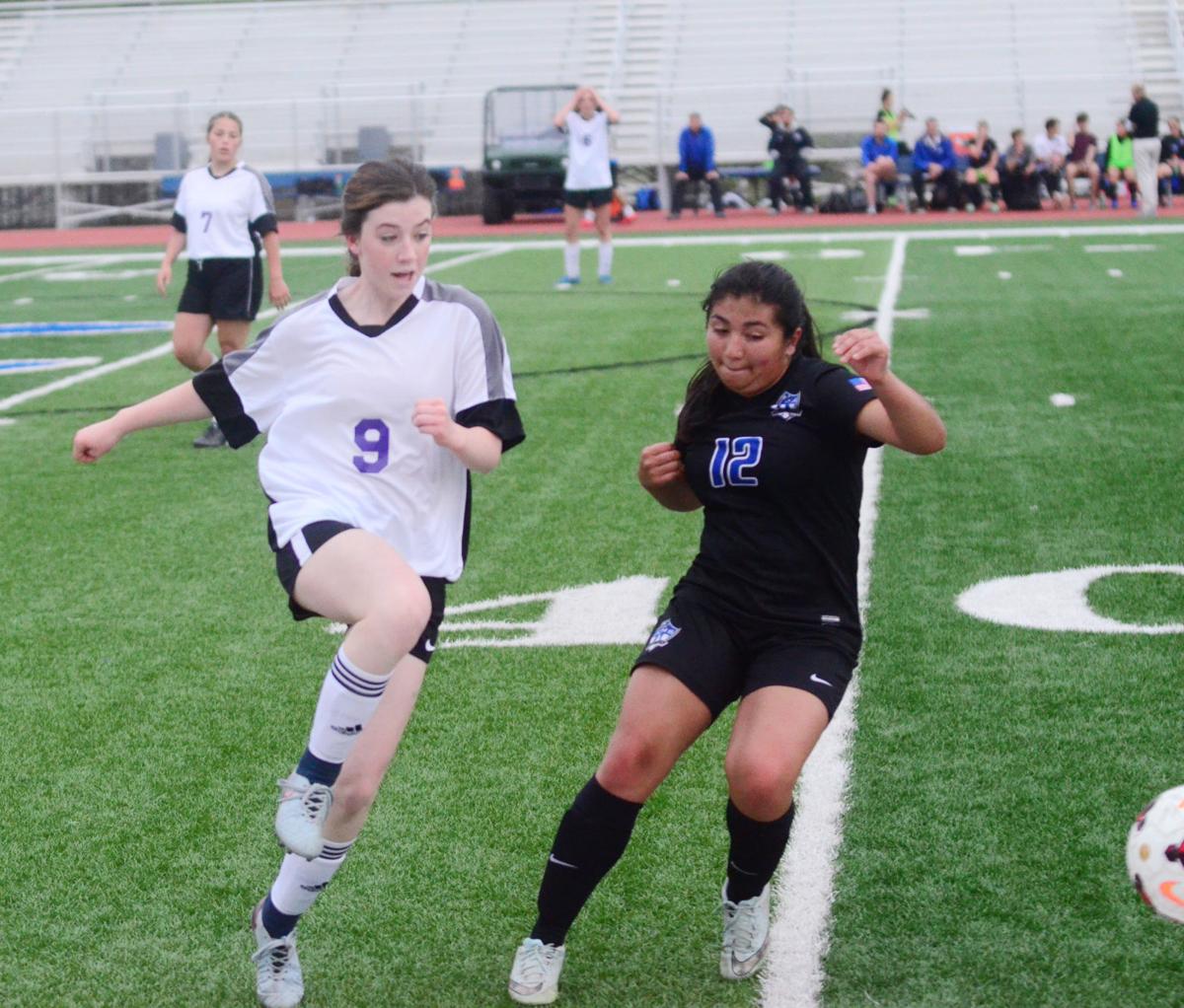 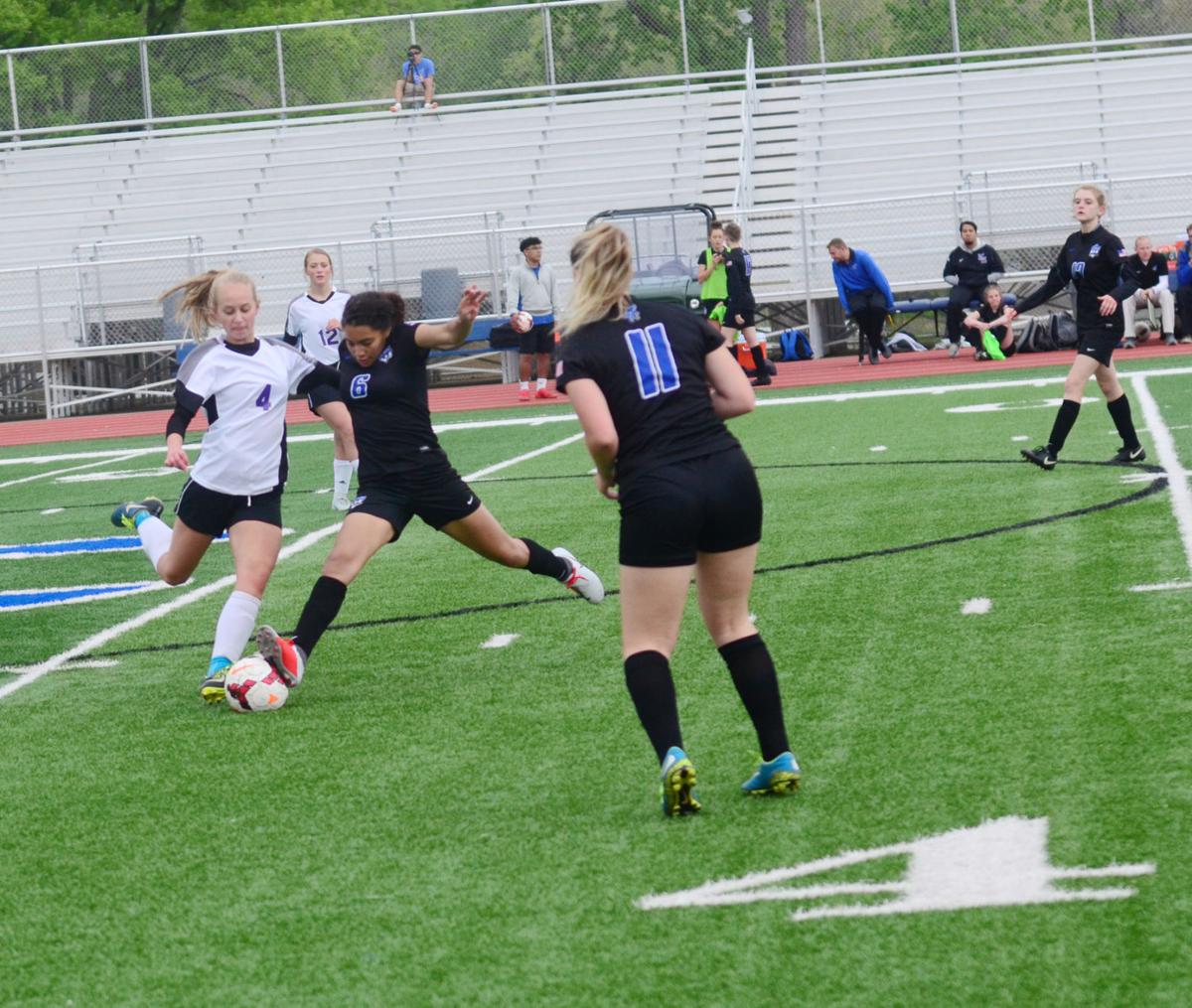 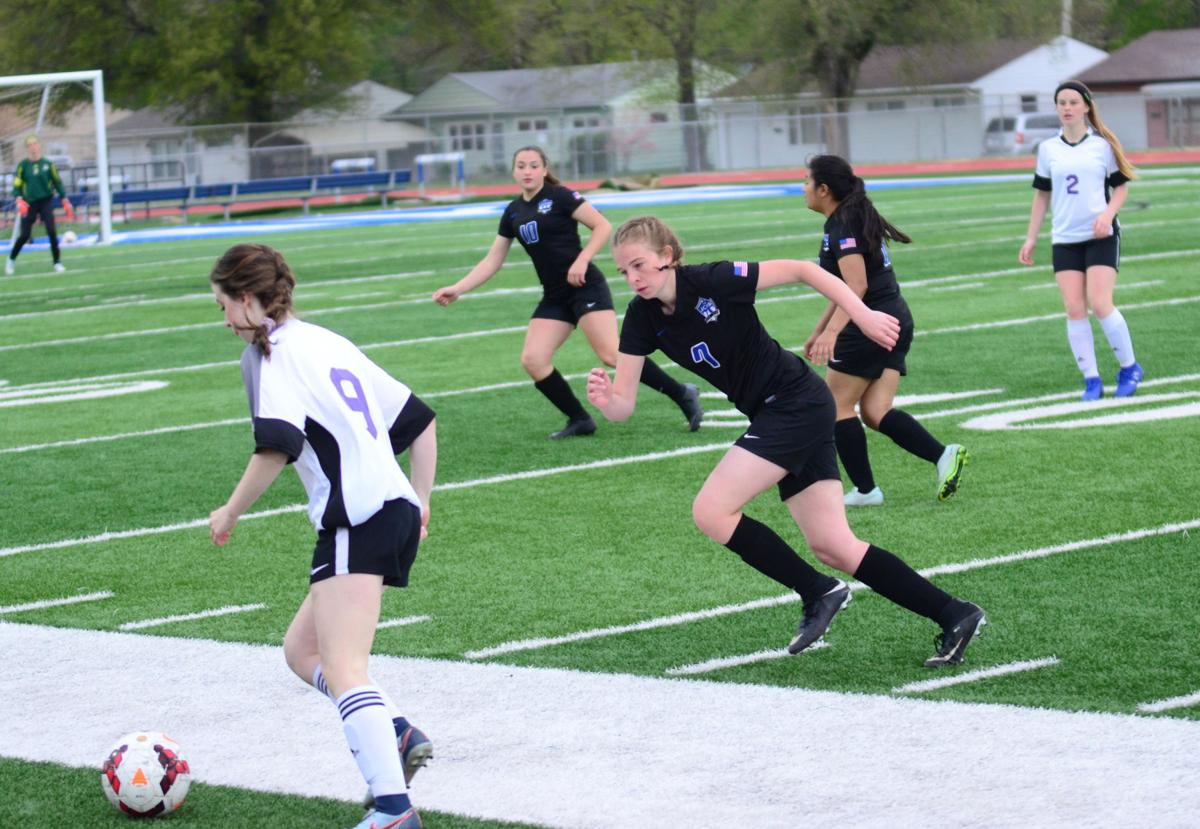 Tuesday night’s soccer matchup against Wichita Warriors Homeschool looked all too familiar for Lady Jay coach Mitchell Dehoff. It looked a lot like the team’s past couple games.

“We had some chances going forward, and were able to put one of them away tonight, which is a nice improvement (from) the last couple games,” Dehoff said. “Defensively, for the most part, we were sound. But we just made too many mistakes, and that’s what cost us the score line in the end.”

Junction City’s lone goal came off a free kick from Emma Beamer at around midfield. Beamer found fellow senior Maja Bellika around the box area, who was able to slip the goalkeeper and tap one home for the Lady Jays. But, stopping Wichita Warriors Homeschool proved to be difficult. Like the past few games, Junction City was on the defensive end of the field for a large chunk of the game. This limited their offensive touches and held their scoring opportunities to a minimum. Dehoff believes there is too much ball watching going on, and that is hurting them on the scoreboard.

“Particularly off the ball on offense and defense,” Dehoff said. “Defensively, you can’t just assume the person going to get it is going to get it, and you need to get in good position to help them out if they don’t get a good first clearance on it. I don’t think that particularly led to any of their goals. It was other issues defensively, and mistakes are led off there. Then on the ball, if you’re just watching the ball, you’re no help or you’re not going to be open standing still. You need to get a position and be moving so you can receive a pass and help the person on the ball. We struggled a little bit to connect passes tonight, and that’s part of the reason. If your teammates with you are positioned well, you should have several easy passes that you can hit; kind of get in a rhythm. When people aren’t moving around, the passes you have to hit to find somebody become so much more difficult.”

The defensive unit looked different for the Lady Jays in this game. Elisa Johnson was away from the team, which forced Katelyn Craft to play her second career game at goalie. And filling in at Craft’s defensive slot were some underclassmen. But despite the circumstances, Dehoff believes the unit made the most of their opportunities.

“There’s a reason why she’s (Johnson) our starter and Craft’s in the field,” he said. “Elisa is an important piece and unfortunately can’t be with us this week. It’s good to see how they rally together. It did put more minutes on some less-experienced defenders, which, when you don’t play as much, you’ll be more prone to making mistakes. But, I think, overall, they stepped in and they played well. They played hard and they battled and competed. So, I’m incredibly proud with how Craft played in goal as her second game in goal, and the way some of our freshman defenders stepped up to take a lot of minutes tonight.”

The schedule does not get any easier for the Lady Jays, as they open up the last stretch of the regular season against some of the best schools in the league.

“Topeka High and Washburn Rural are going to be two of the harder teams you play all year,” Dehoff said. “Washburn Rural is always floating around that state tournament conversation for 6A, and usually win the Centennial League. So, we have two really tough games coming up. We have to compete and come out with a lot of energy. When we get chances going forward, which might be limited, we have to take them. Then we just have to battle every inch; we can’t let off at all. And we really need to clean up some of the mistakes we’ve been making the last couple games. The better the team is that you’re playing, the more they’re going to punish you for making those.”