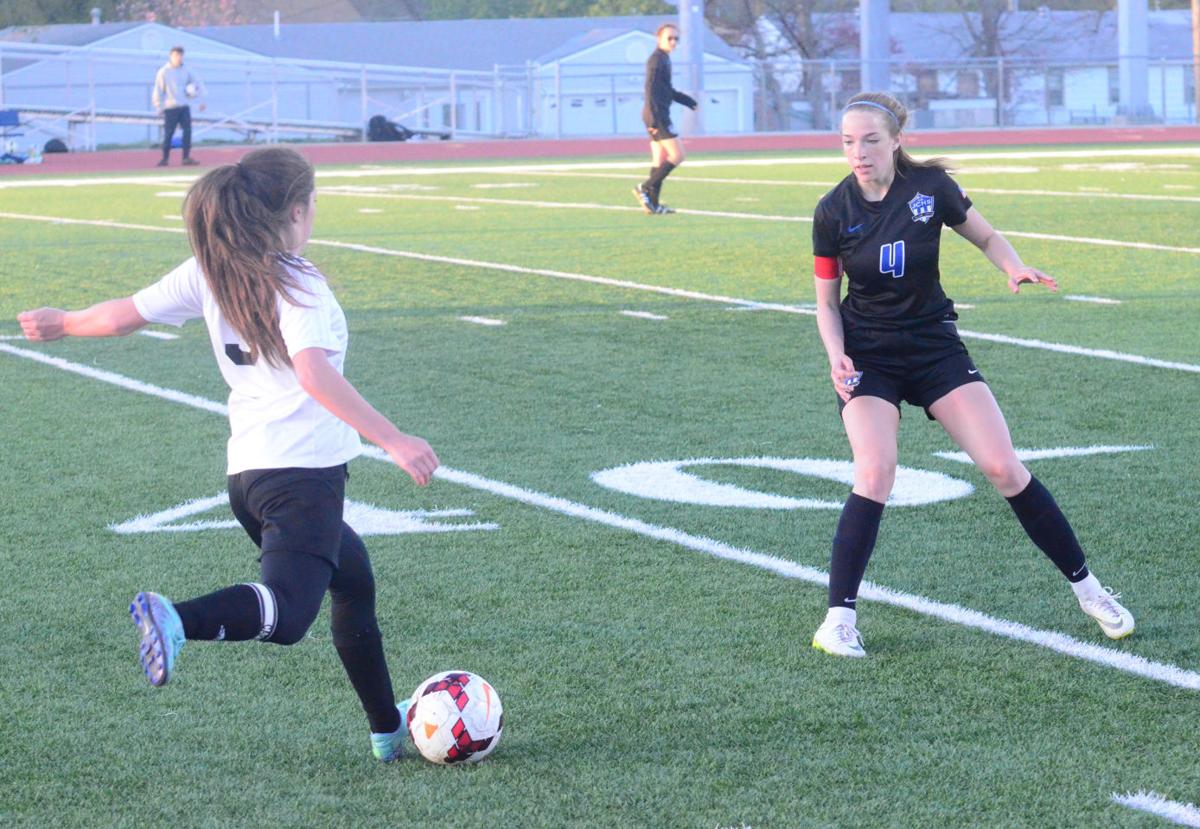 Lady Jay Laura Campbell (right) gets in front of an Emporia kick. 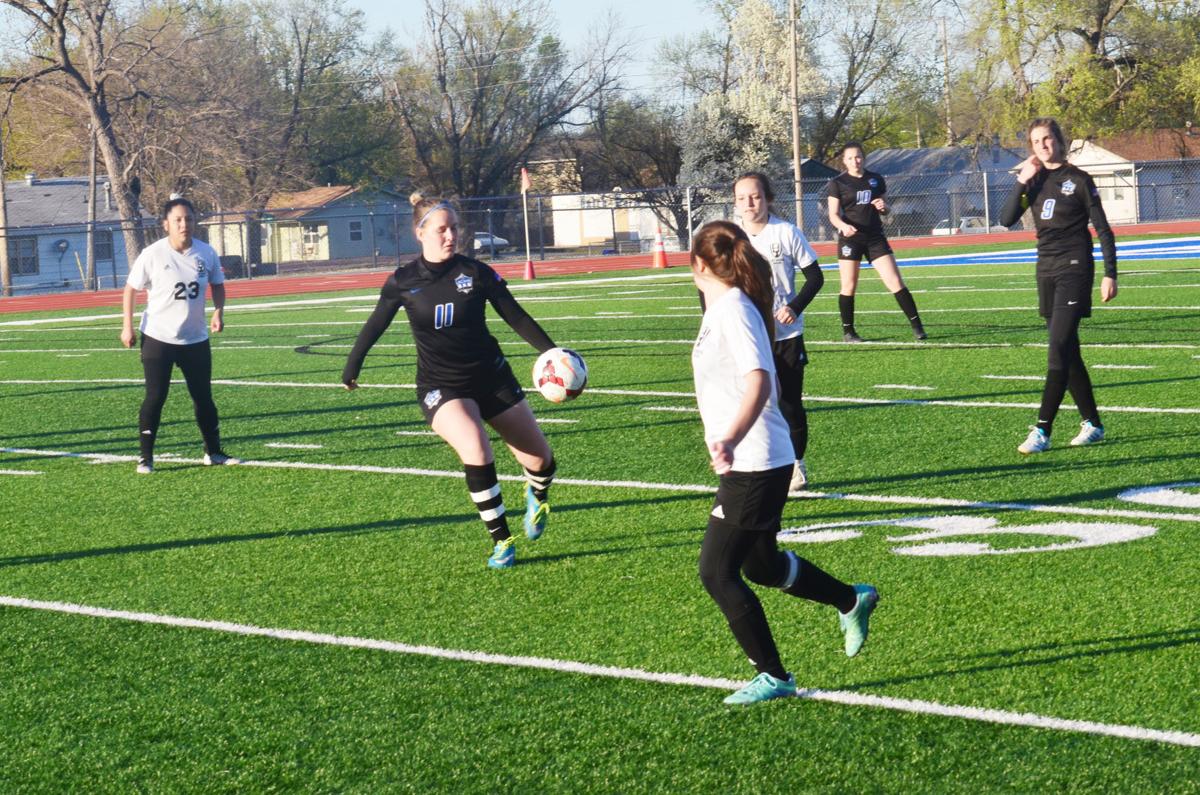 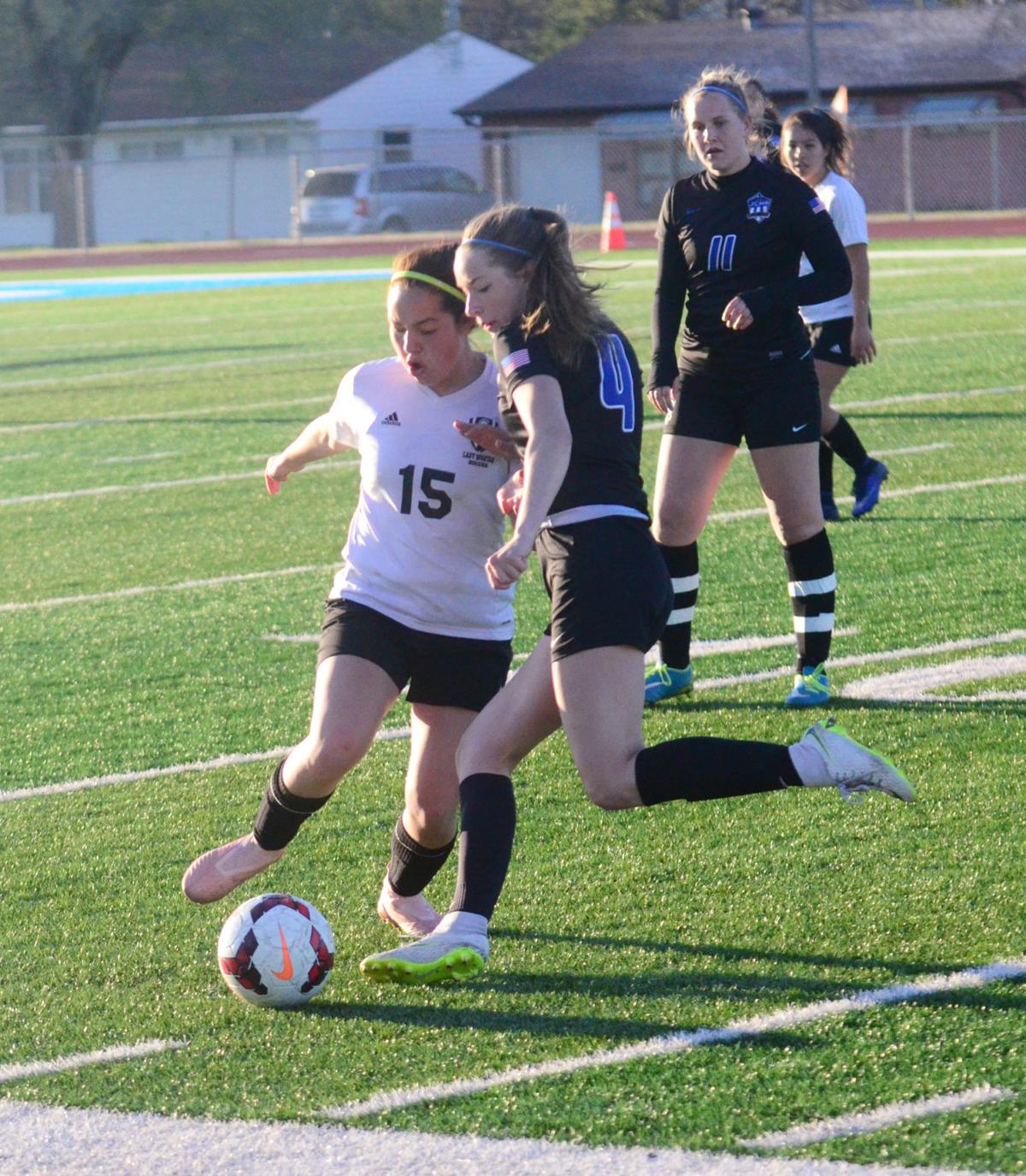 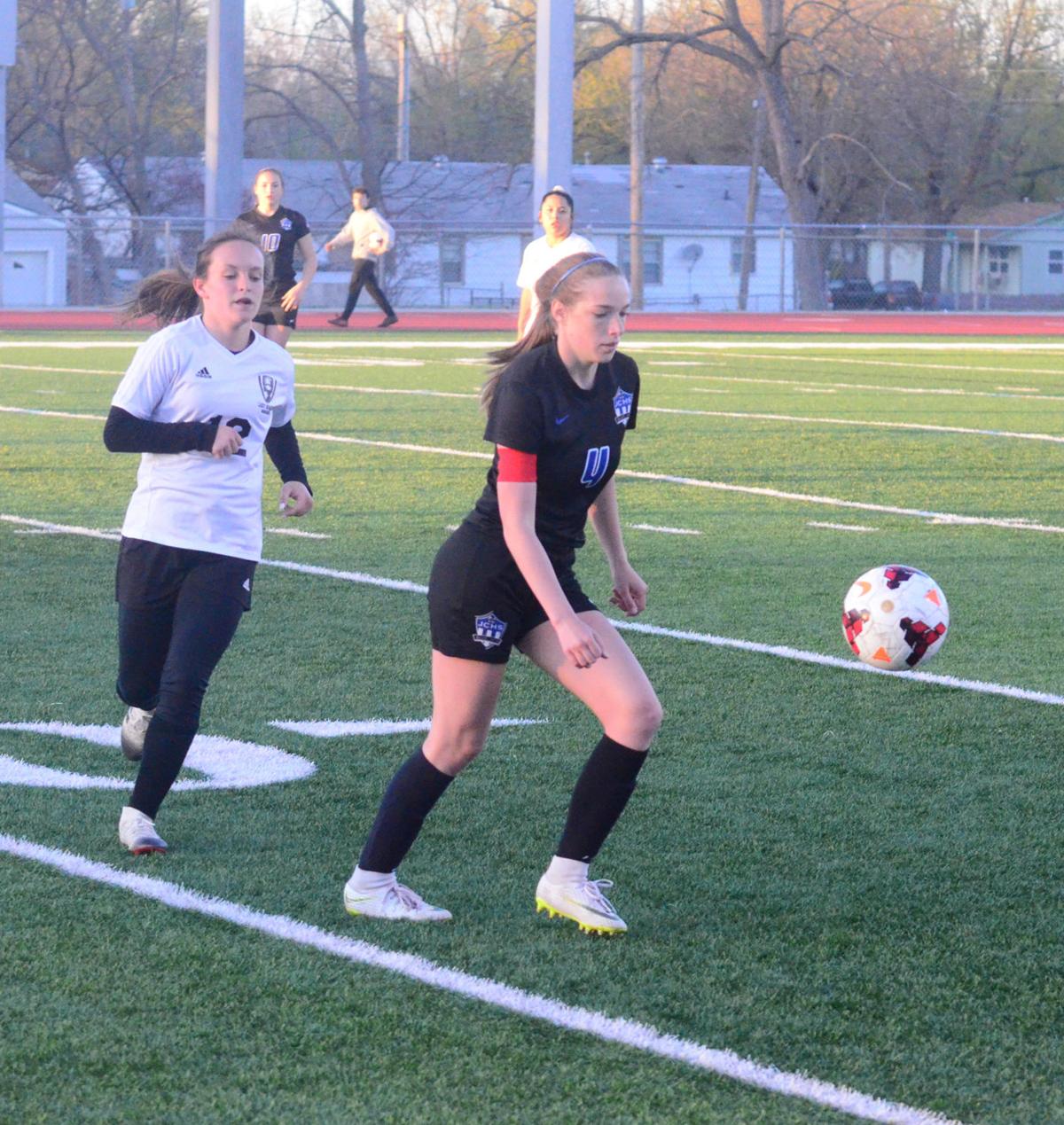 Laura Campbell looks to make a play against Emporia during Friday night's matchup.

After giving up seven goals on Monday night, Lady Jay head soccer coach Mitchell Dehoff’s main focus in practice this week was on the defense. The result of Friday’s matchup with Emporia High School looks to have been a reflection of that.

“One of our points of emphasis throughout the week was defense, team defense; how do we cover each other?” Dehoff asked. “How do we win the ball back? And then from there, how do we go forward? It’s good that we’re taking the things that we’re focusing on in practice, particularly defensive covering for each other, and we did a good job of doing that tonight.”

One of the best scoring chances for JC came in the first half, when Karla Love took possession of a great punt from goalie Elisa Robinson. Dribbling the ball with momentum towards the Emporia box, Love kicked the ball with her left foot with just over 25 minutes remaining in the half, but the ball deflected off the right post.

JC also had a golden opportunity in the second half. Maja Bellika sent Love on a run towards the Emporia box, where the Emporia goalkeeper challenged Love at the top. The keeper fouled Love in the box, setting up a penalty kick for Bellika, who lined up her kick, but sent it over the net, leaving the Lady Jays empty handed on the possession.

With stellar defense played on both sides, and good goalie play, the defensive battle saw no goals through two overtime periods. Ending in a scoreless draw at home for the second time this season, Dehoff felt players had chances to come out victorious.

“Just put one in the back of the net; second 0-0 tie at home,” Dehoff said. “Again, I feel like we had chances. We had three really good chances in overtime; we had the missed penalty kick during the game. We had a handful of really good chances during the game, or if we just get one more touch around the keeper, it’s in. In close games like this, sometimes that’s just the way it goes. The little things make such a difference, and if you do one more little thing correct, you can put it away, score a goal. If you make one little mistake, the other team can score and win. So, the fact that we were focused the entire game, we were locked down and we didn’t make any of those mistakes that cost us the game was also encouraging.”

A big factor in keeping the game scoreless was Robinson, who faced a lot of pressure deep in the second half, but kept her cool and made save after save. The JC defense weathered the storm on multiple Lady Spartan corner kick opportunities. Dehoff is thankful to have a keeper of her caliber on his team.

“It’s always encouraging that, if you just stay in a good spot as a defender and you stay in front of the person with the ball, and if they do take the shot, you have a goalkeeper behind it that can cover a lot of the goals well,” Dehoff said. “One thing we focus on is if the defender can take away half the goal, the goalie only has to worry about the ball going into the other half. It makes their job a lot easier and just that relationship between the defensive group and Elisa (Robinson) has just been great so far this season.”

The Lady Jays will be back in action Monday night when they square off with Hayden High School in Topeka.