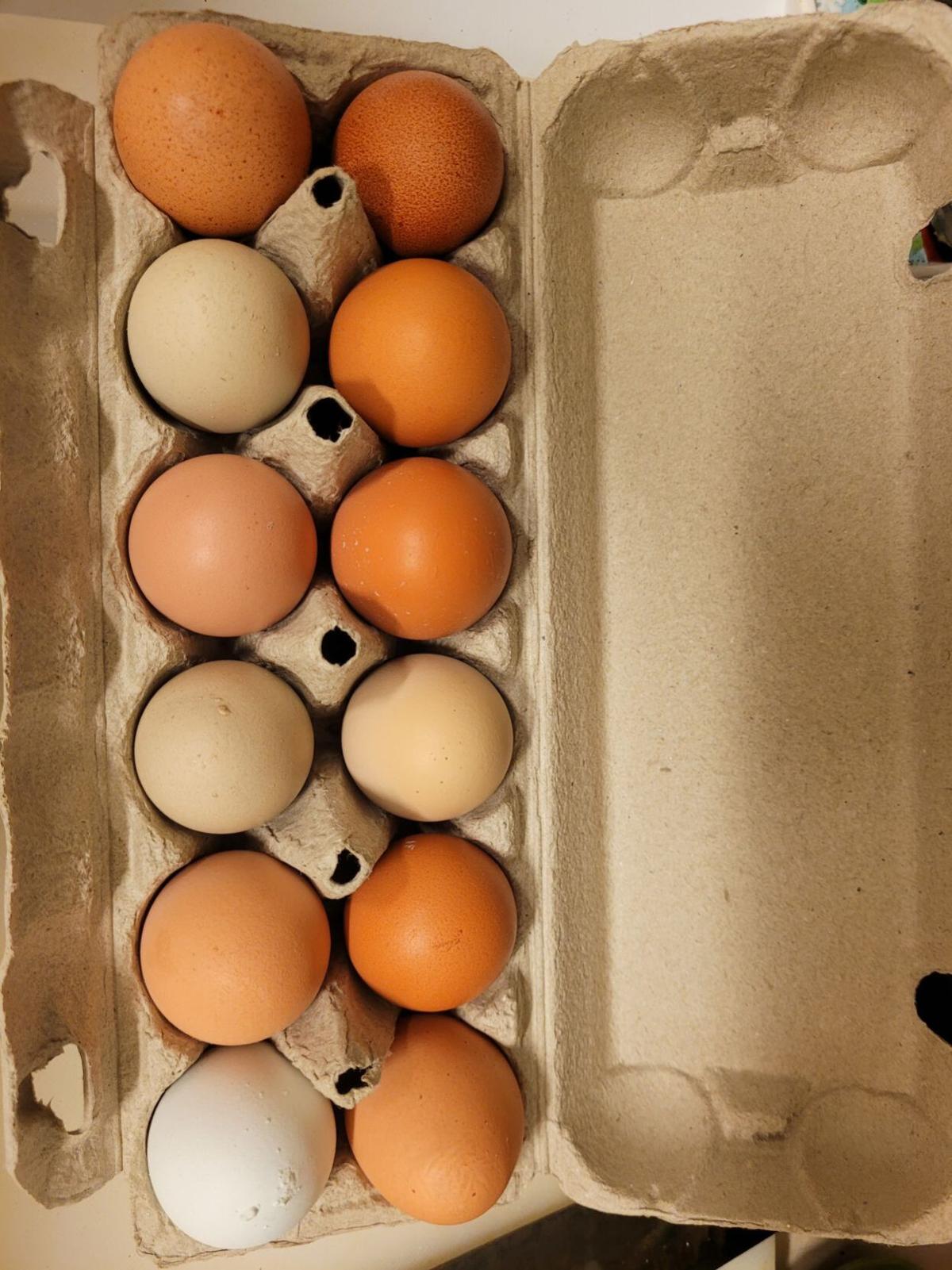 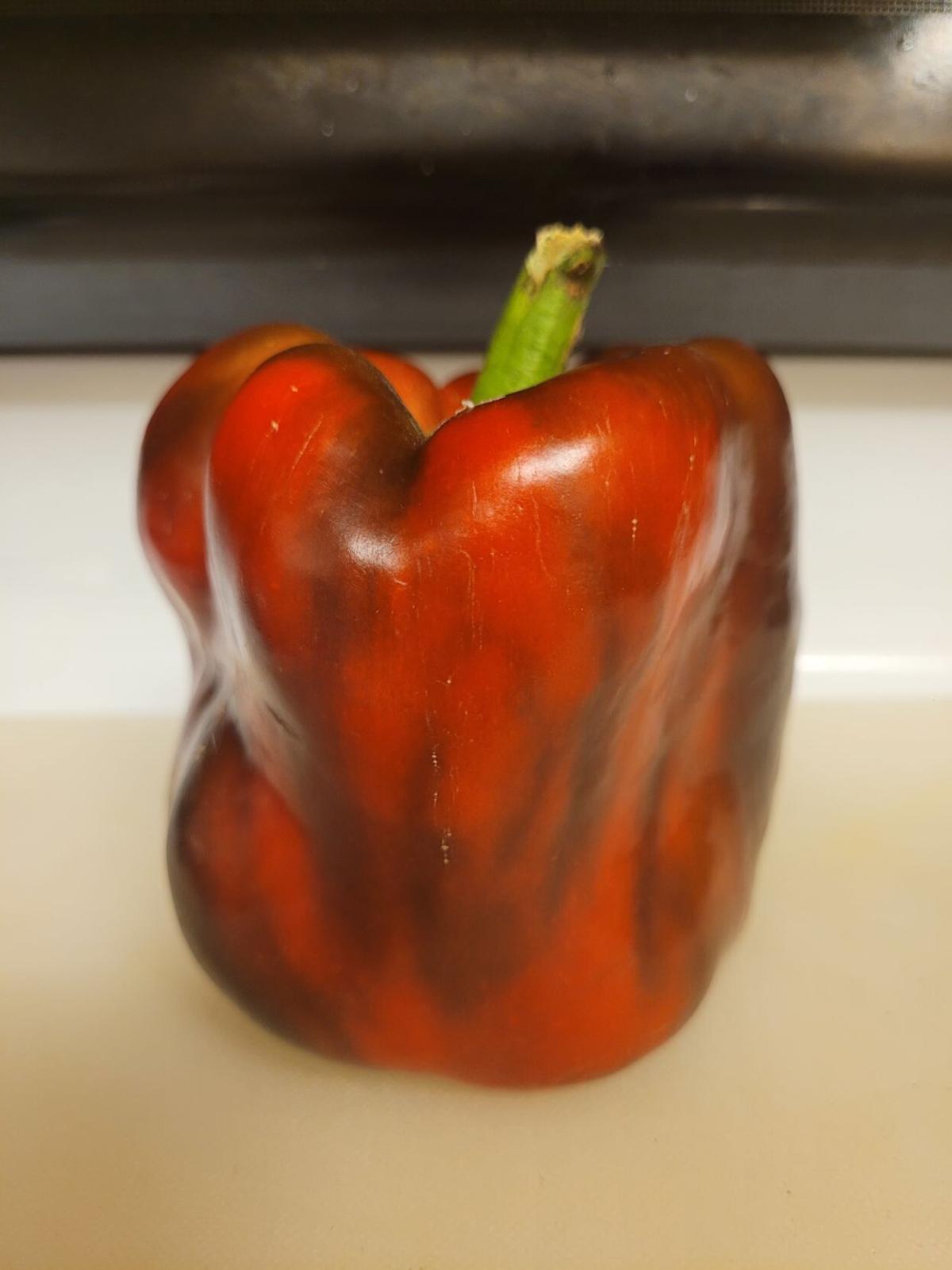 A bell pepper, ripening from green to red, purchased from a farmers market. 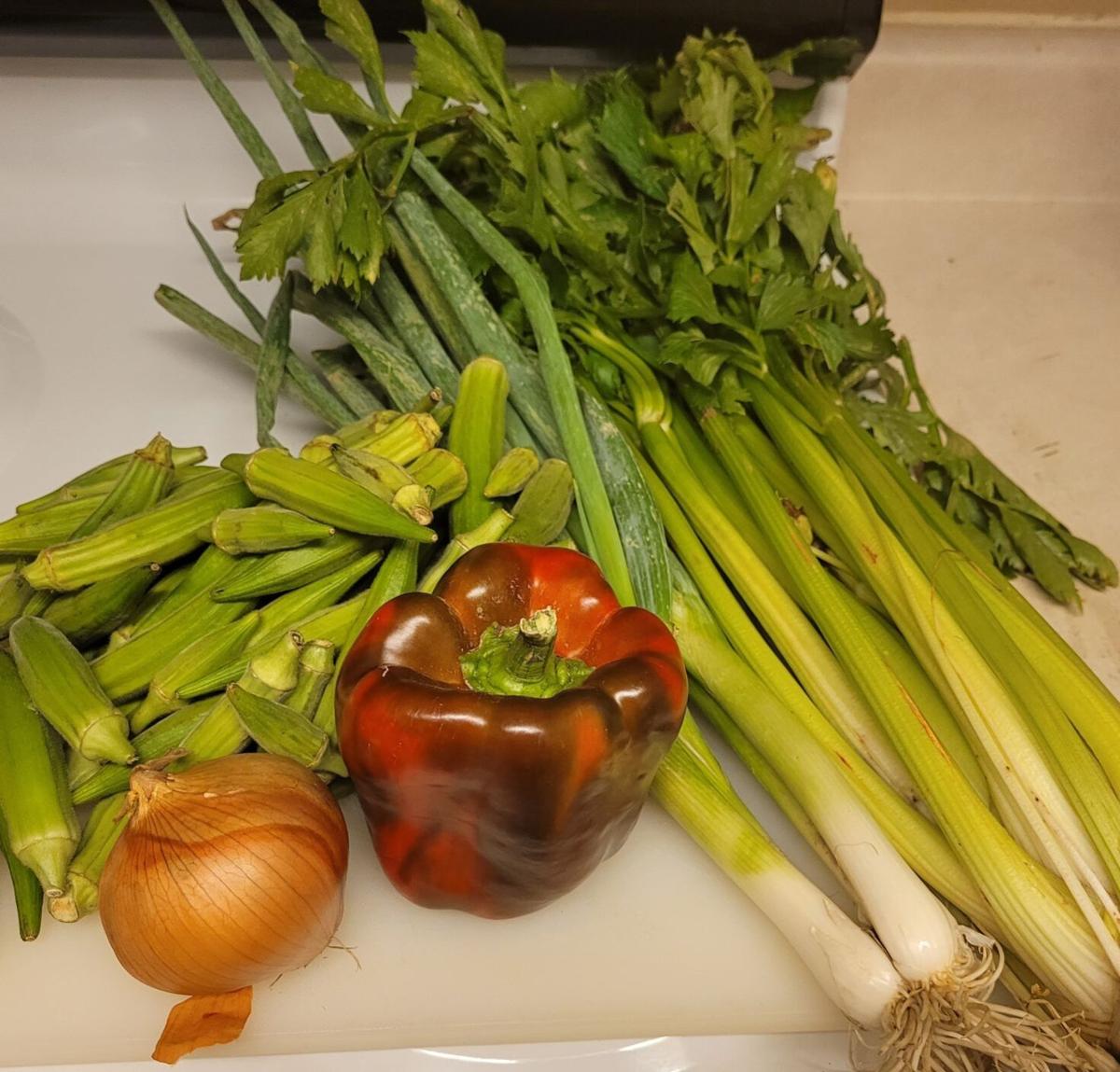 A pile of fresh vegetables, all purchased from local growers, including okra, green onions, celery, a yellow onion and a bell pepper.

A bell pepper, ripening from green to red, purchased from a farmers market.

A pile of fresh vegetables, all purchased from local growers, including okra, green onions, celery, a yellow onion and a bell pepper.

“Eat local” has become a popular turn of phrase in recent years, spurred on most recently by COVID-19-induced shortages.

I tried it recently, just to see what would happen and if I could do it.

It’s definitely true that having a local supply of food helped during the 2020 grocery shortages. Having local sources for items such as eggs and dairy helped, at least on my end.

Yes, these items are more expensive. You can pay up to $4 for locally-raised eggs at a farmers market. There are sources for local cheese and there’s even a mill in Enterprise that seems to offer flour for sale to the public. All of this is more expensive than what you might find in a typical grocery store.

There are some things you won’t find locally produced. There’s plenty of local honey, but not much by way of sugar. You can try to grow your own spices — such as peppercorns and cloves — but those items won’t necessarily grow well here.

If you want to eat locally produced food, though, it is possible.

It can be extraordinarily difficult to do and can be pricy.

But it might be worth it for some people.

In order to find the facts about eating local, I talked to Geary County Extension Agent Chuck Otte.

Otte said eating local could be beneficial to climate change and to certain foods’ flavor, but that local food was no more or less nutritious than store-bought.

Just because something is organic does not mean it is chemical free, according to Otte. He said there was a point in time when lead and arsenic were allowed to be used on organic potato plants to kill potato bugs. This is no longer a thing, according to Otte — but it was for too long.

Local does produce tend to be higher quality in other ways because it’s fresher, Otte said. Often items people find at farmers markets are picked the same day they’re sold. Tomatoes in particular taste different fresh picked than purchased from a grocery store after being shipped in from far away.

“So yeah, there’s a whole lot less fuel to get it here and it’s going to taste better,” he said. “It also eliminates every middle man along the way.”

Because money spent on local food goes directly to the producer, those local producers make more money for their labor, Otte said. It benefits the local economy by keeping money here.

“When you buy local, most of the time you’re able to look the producer in the eye,” Otte said. “They’re getting the profit, plain and simple. They’re not getting just a few pennies on the dollar — it’s all going to them. So I think from an economic point of view it just makes a lot of sense.”

A challenge of local eating is that there’s a limit to what can be grown in Kansas.

In my quest for local food, I found a wide variety of produce including limes, celery, watermelon, okra, onions and peppers, among other things.

According to Otte, traditional carrots and celery aren’t an easy crop to grow here, largely because of the clay-like soil. Celery in particular won’t be a common find at farmers markets, he said.

The celery I acquired several weeks ago at the farmer’s market was tougher than usual, probably because of the soil it was grown in.

Sweet corn, on the other hand, grows well enough in Kansas that Otte said he habitually buys it from local growers.

It will also be hard to find certain items if they’re out of season — which, in winter, many things will be.

But for now, local veggies are still easy enough to come by.

Here are some things you can do — and that I did — with local produce picked up from local retailers and the farmer’s market which takes place from 4 until 7 p.m. Thursday afternoons in the parking lot of the Junction City Church of the Nazarene.

Egg and Cheese Sandwich with Bacon

This one is very easy and it makes a great breakfast. Everything in it can be purchased locally if you know where to look.

Two slices of bread, (home baked if you’re able or purchased from a local baker)

Butter two slices of bread on one side and set them aside.

Cook the bacon in a small frying pan until it is crispy. Remove bacon from pan, break it into two or three pieces and set aside to cool. Cook the two eggs in the same pan you cooked the bacon in, using the bacon grease. I like to puncture the yolk and fry mine, but if you want a scrambled egg sandwich there’s no reason I can think of that you shouldn’t have one.

Once the eggs are done, remove them from the pan and set them aside.

Cook for about 3 minutes or until the bread on the bottom is golden brown.

Using a spatula, flip sandwich and repeat, cooking until both sides are golden brown.

This is the easiest dinner side dish. I ate it all the time as a kid. Zucchini and yellow squash were available at the farmers market 10 for $5 last I checked.

Salt and pepper to taste

Melt butter in a skillet. Add onions and sauté for about 3 minutes. Add sliced zucchini and yellow squash. Sauté until soft. Add optional cheese. Cook until melted and then serve.

I’ve run a variation on this classic Louisiana Creole dish in a previous edition of the Union. It’s just as good — if not better — with Kansas-produced veggies and sausage. It’s got quite a long list of ingredients, but is actually quite easy to make.

2 tbs. fresh parsley, minced (Homegrown, but can be found at the farmers market)

1 1/2 tbs. tomato paste (can be made and canned at home, but I used store-bought)

In a heavy-bottomed pot or saucepan, melt butter over low to medium heat. Sprinkle flour over melted butter and cook until flour is browned to form a roux — this should take about 10 minutes. Add yellow onion, green onion, bell pepper, celery and garlic to pan and sauté for about 5 minutes.

Bring to a boil and simmer for about 30 minutes or until everything is soft and through.

This pairs well with angel food cake and similar desserts. It’s another very easy one.

Place all ingredients in a mixing bowl and beat with an electric mixer until cream has reached the stiff peak stage. Serve as a topping for any dessert that would mix well with lime flavored whipped cream.

This zucchini bread recipe is my family’s from back in the 1970s. A version of it is printed in the bicentennial cookbook of a village in Nebraska called Hershey, where I lived until I was in fifth grade. The Hershey, Nebraska version came with instructions to bake this quick bread in six greased and floured vegetable cans. I have never tried this. I just use a loaf pan. With zucchini in season right now — and by ‘in season’ I mean you have to sneak a bag of it onto your neighbor’s porch in the dead of night to get rid of it all — this is something you can freeze and store for winter.

Grease one loaf pan and preheat oven to 350 degrees.

Beat eggs with a fork. Add beaten eggs to a large mixing bowl with vanilla, oil, sugar (or honey if using honey) and shredded zucchini. In a separate bowl, sift together cinnamon, baking soda, baking powder, and flour. Add sifted dry ingredients to the zucchini mixture. Mix well. Pour into pre-prepared loaf pan and bake at 350 degrees for about 1 hour and 20 minutes or until a toothpick inserted into the center of the loaf comes out completely clean.

LYDIA KAUTZ is the Managing Editor of the Junction City Union.