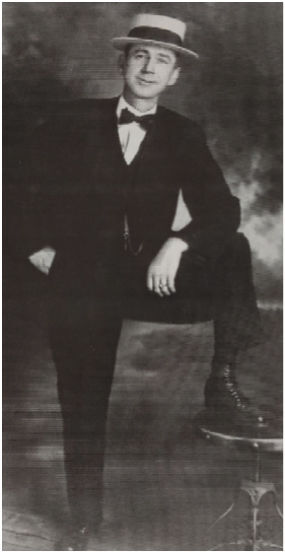 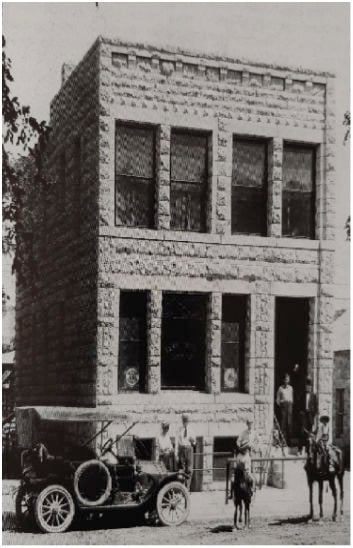 The late Marilyn Heldstab, who at one time served as the Geary Museum Director, wrote an article for the JC Union newspaper and Gaylynn Childs, retired Executive Director of the Geary County Historical Society, wrote an article in the Set In Stone about Robert Benjamin Fegan and the impact of his work and involvement in the community. This is some of what the wrote in their separate articles.

R.B. Fegan was born in Hoboken, New York. On May 15, 1877. He and his parents moved to Picton, Canada. According to a 1954 article printed in the Junction City Republic, Ben, as he was known as, started in telephone work in Rochester New York, in 1898 and worked for several years there and in Buffalo, Ithica, Albion and other New York cities in the days when the telephone system was in its infancy.

Ben He was in Ithica when, in the late fall of 1909, he accepted a position as a promoter and traffic manager for the Home Telephone and Telegraph Company in Abilene, Kansas.

Ben recalled that he had not bee in Abilene very long before he saw that the larger independent companies were selling out to the Bell system and as he had always been independent, he thought the wise thing for him to do was get a telephone system of his own.

Ben eventually purchased the small 600 phone Dewey-Wareham Telephone Company in Junction City. In June 1910 he moved into the community which would become his home for the remainder of his life. Before leaving New Yor, Ben had married Marian R. Lewis, a girl who was ten years his junior. When the family first arrived in Junction City, Marian was expecting their first child, Robert.

Fegan’s business was originally located on the west side of the old Durland building on West 7th Street and was at that time aa “magneto” system meaning the kind of phone that would have to be cranked to get “central” or the operator. All the lines were grounded or common return, which meant that it was not unusual to hear a half dozen conversations at one time. He tried at first to rehabilitate this system, but soon decided improvements and expansion was needed. He applied for a franchise, got it, and put in the first common battery system in this part of the country. He built a new building located in the 100 block of West 6th Street and by 1912, Mr. Fegan had expanded to served 800 subscribers.

In 1914, along with others he formed the Home Farm Lighting and Electric Construction Company and sold lighting systems to many rural communities. During WWI, Ben Fegan provided telephone and electricity to the Camp Funston and Army City on Fort Riley. As a result he was commissioned as an officer in the Army and held the rank of Lt. Colonel at the close of the war.

He had a continuing love of horses and in the early days owned racehorses and was the owner of a large wheat ranch in western Kansas. Fegan was active in politics and many organizations in Junction City.

Fegan and his wife Marian built a new modern residence on Jefferson Street between Fourth and Fifth Streets in 1914. This house still stands at 410 N. Jefferson, although it has been altered on the outside and no longer appears as it did when the Fegan family lived there. At that time, it had a full porch extending across the front of a Porte Cochere (a covered entrance large enough for vehicles to pass through) on the north. For the time it was modern in every way and contained 12 rooms. Fegan believed in Junction City and planned to make it his home as well as a strong supporter of Junction City. Robert Benjamin Fegan died in 1950.