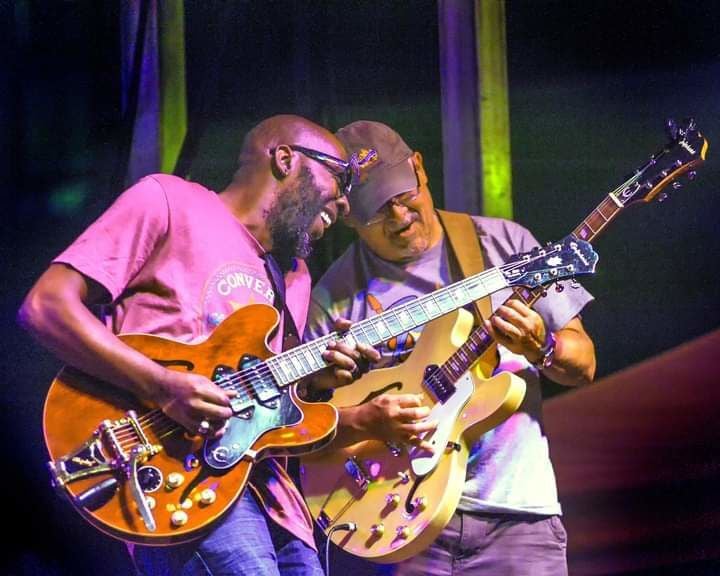 Bob Cervera, right, trades licks with Blues star Mr. Sipp, left, during a Jammin’ in Junction show. Cervera was one of the main organizers of the event that started in 2011 and ended in 2017. 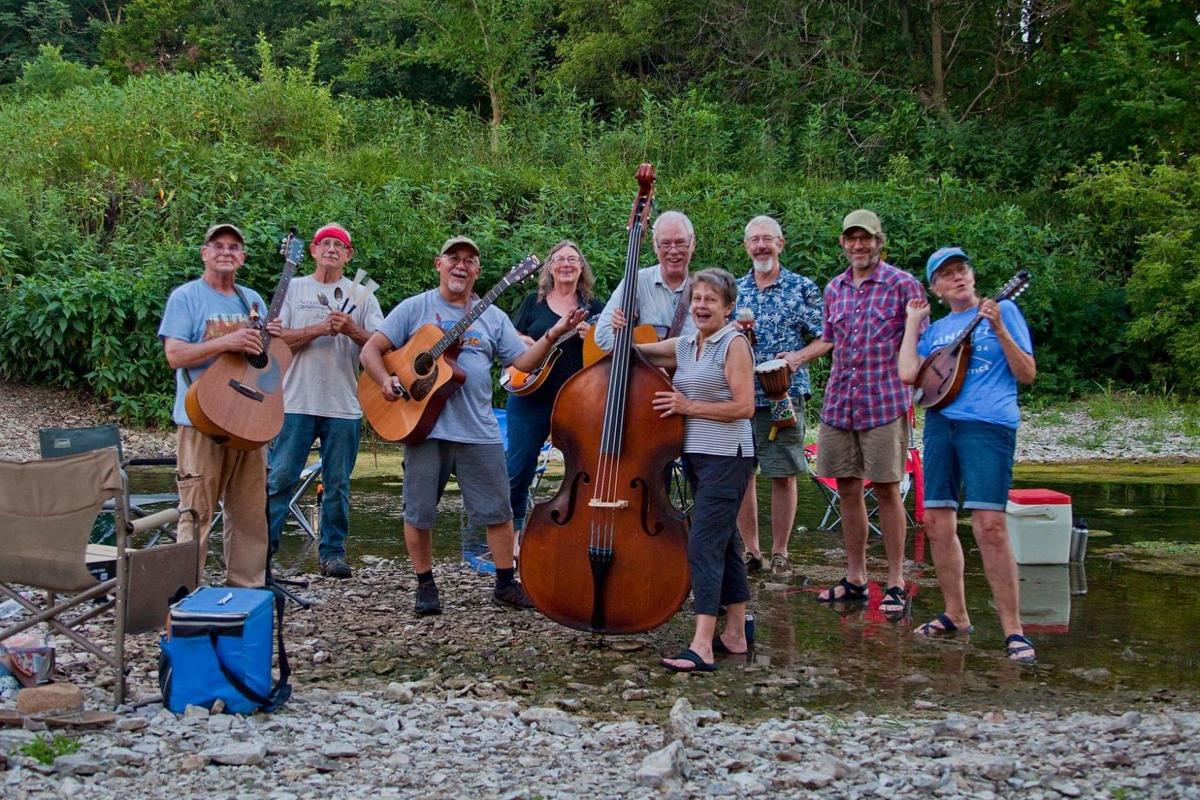 Bob Cervera, right, trades licks with Blues star Mr. Sipp, left, during a Jammin’ in Junction show. Cervera was one of the main organizers of the event that started in 2011 and ended in 2017.

Music has always been a point of connection for Bob Cervera.

Cervera picked up the guitar while in high school at St. Xavier but he didn’t do much with it.

After high school, Cervera moved out to Denver to work Radio Shack’s corporate offices and got married to his wife Gail. The Cervera’s had their first child and moved back to Junction City where he transferred to the Radio Shack in Grandview Plaza where he managed and eventually bought the franchise rights. Cervera continued to operate the store for the next 33 years.

“Radio Shack had filed for bankruptcy that previous year and that made it kind of tough,” Cervera said. “I just decided 30-some years was plenty for me.”

Little did he know, but Cervera had already made the connections that would lead him to the next chapter of his life.

Bob’s youngest child graduated high school in 2006 and not long after that, Cervera picked back up his guitar and really started to get into it again.

In 2011, Cervera used his connections as a former member of the Chamber of Commerce and the Economic Development Committee to jumpstart the Jammin in JC blues festival in 2011.

The event was a success for the first couple of years, bringing crowds of 15,000 people to see some of the hottest Blues acts in the country.

“I always used to ask the artist we brought in if they wanted to come back next year and they always said, ‘Of course we want to come back,’,” Cervera said .”So I would say, “Well, you can come back but you’ve got to let me get up on the stage and play with you’. So there were a few perks to the job too.”

In that same year, Cervera also helped found Acoustic Junction, a smaller, unplugged concert series where, two to three times a year, a group of four or five artists would perform for small, intimate crowds. The event started its life at the old George Smith Library but eventually moved over to the lobby of the C.L. Hoover Opera House.

This too was a success, leading to standing room only crowds and a bill of eager musicians hoping to get a chance to be one of the few to get to perform that night.

Unfortunately, both events died out a couple of years later. Jammin’ in JC lost a large amount of its Conventions and Visitors Bureau funding which led to its demise and Acoustic Junction lost its home at the Opera House due to disagreements.

“Things started to get political and I’m just not into that political stuff,” Cervera said. “So as soon as it became a hassle I bowed out and it went away.”

In Cervera’s spare time though, there was still plenty of time for music.

“I started out with one guitar and now I have 12 guitars,” Cervera said. “My wife says I can’t have any more. I play them all. Each one plays a little differently. I can’t say that my most expensive guitar is my favorite. I’ve got Martins, a Seagull, Eastman, Epiphone, Alvarez ... Honestly, the Seagull is probably one my favorites to play and it’s one of the cheapest. It’s easy to play, probably not the best sounding but easy to play.”

Cervera met Mary Louise Stahl during Acoustic Junction’s run at the Opera House (Stahl was an executive director at the Opera House) and Stahl introduced him to a group of local musicians who took part in a weekly jam out at Stahl’s house on McDowell Creek Road.

“She was really a catalyst for me as far as the music part of it,” Cervera said. “I was kind of a loner but she got me playing with other people and that really opened up a lot of other things.”

Acoustic Junction made its return after connecting with Stahl and Cervera and his new playing partners helped raise a $1000 for historic St. Michael’s Church on McDowell Creek Road.

After sitting idle for a few months after F&S Electronics closed, Stahl, a former music teacher for USD 475, mentioned to Cervera that the district was searching for a new music aide. There was some hesitation for Cervera considering his skills were completely self-taught but he went for it anyway.

“It’s really kind of funny because I was never a trained musician,” Cervera said. “I learned everything on my own so when I went to apply for this job and they asked me what my credentials are I just said, “I play music and I like to play music with other people.””

Cervera got the gig and now, four years later, Cervera is still helping teach music while also learning some new things himself.

“When I started, I could barely read music,” Cervera said. “But, after four years, if you’re sitting through classes of music theory four times a day, even if you’re a total idiot, you learn something. And now I’m helping quite a bit teaching the kids. There’s a lot of reward in it, taking a kid who really wants to learn and seeing them progress with it. It’s a lot of fun. I play guitar and the mandolin and now I’m helping teach orchestra so I’ve started to learn how to play the violin which excites the heck out of me.”

Cervera’s not sure how long he’ll teach or what music venture will pop up for him next but he does know that the relationships that he’s made through music will continue to guide him to new and exciting experiences.

“Music opened up doors to meeting people I never would’ve met before,” Cervera said. “It just seems to be a common thing and all of the people I play music with seem to be neat people and I’ve just made a lot of great acquaintances through music.”