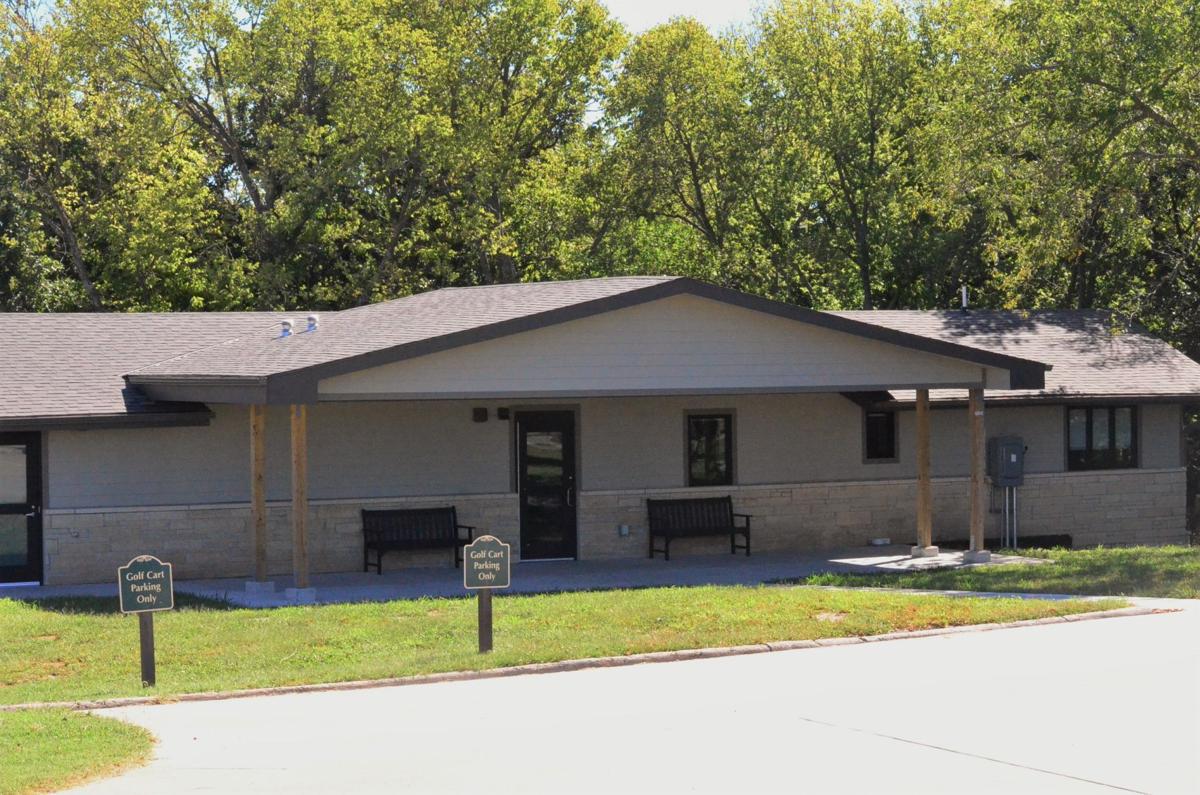 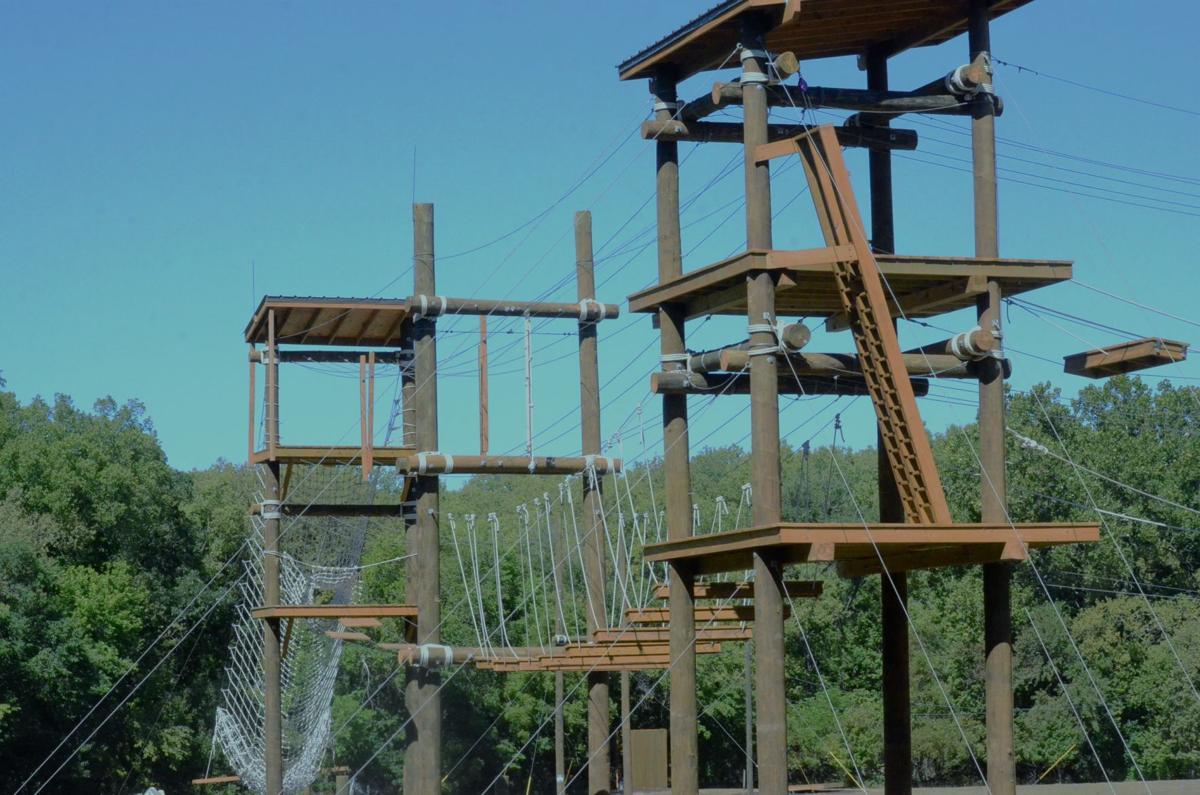 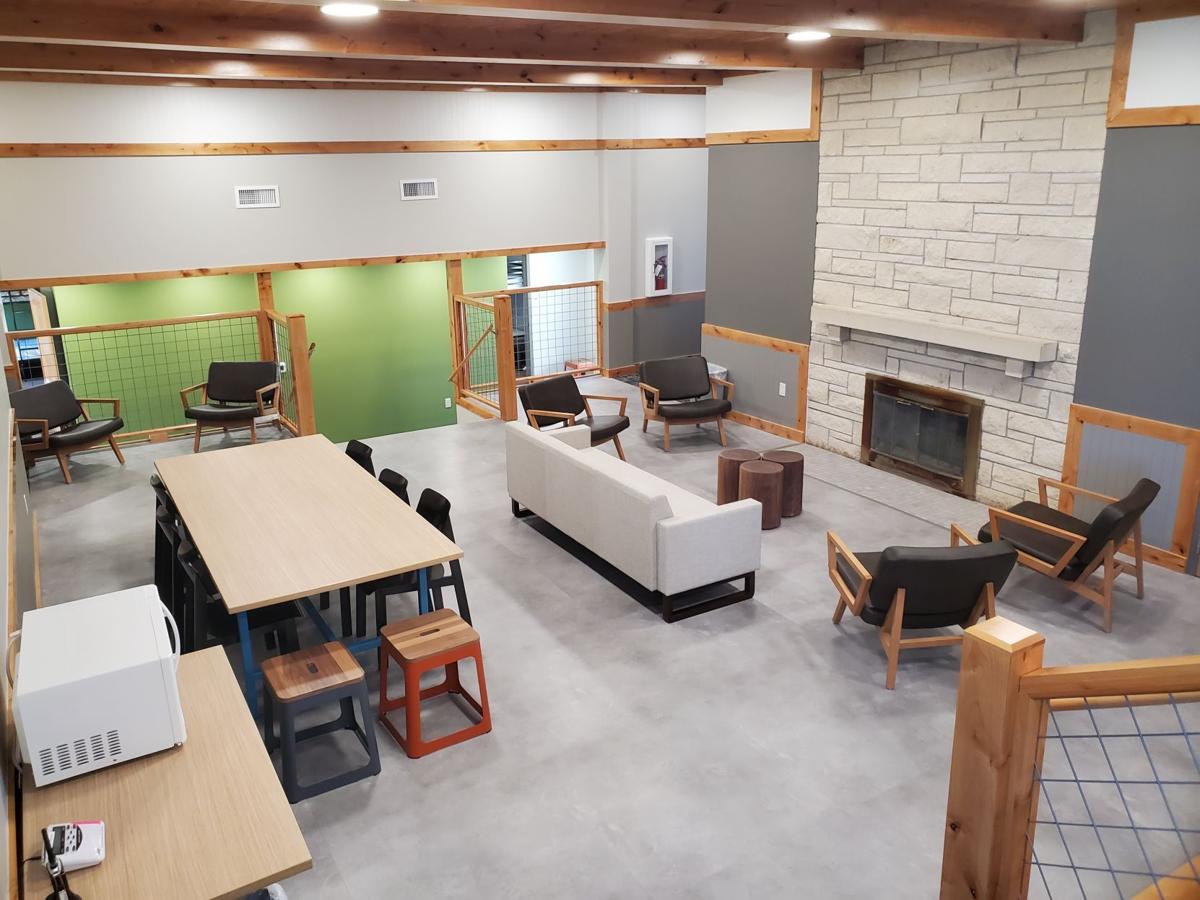 The new common area at the newly renovated cottages at Rock Springs Ranch. 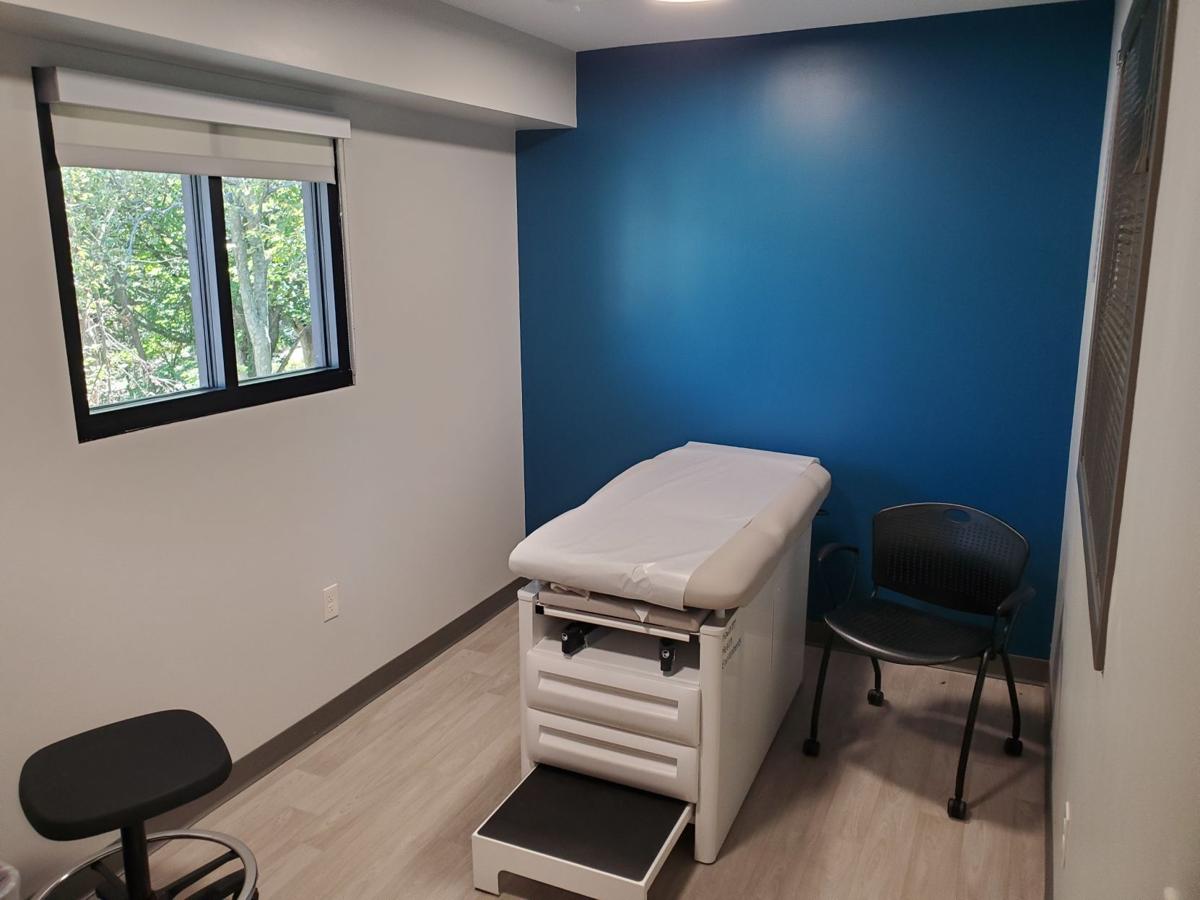 One of the new examination room in the new health center at Rock Springs Ranch. 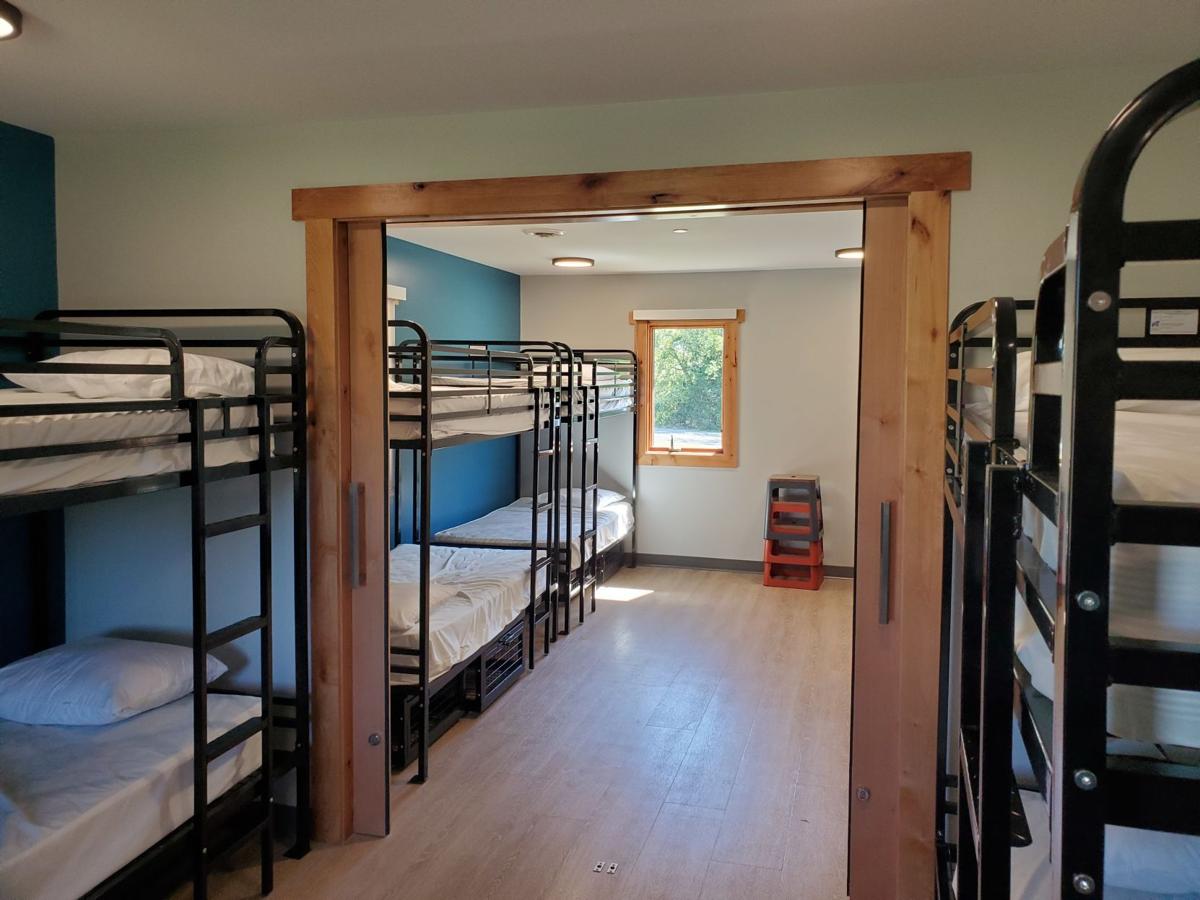 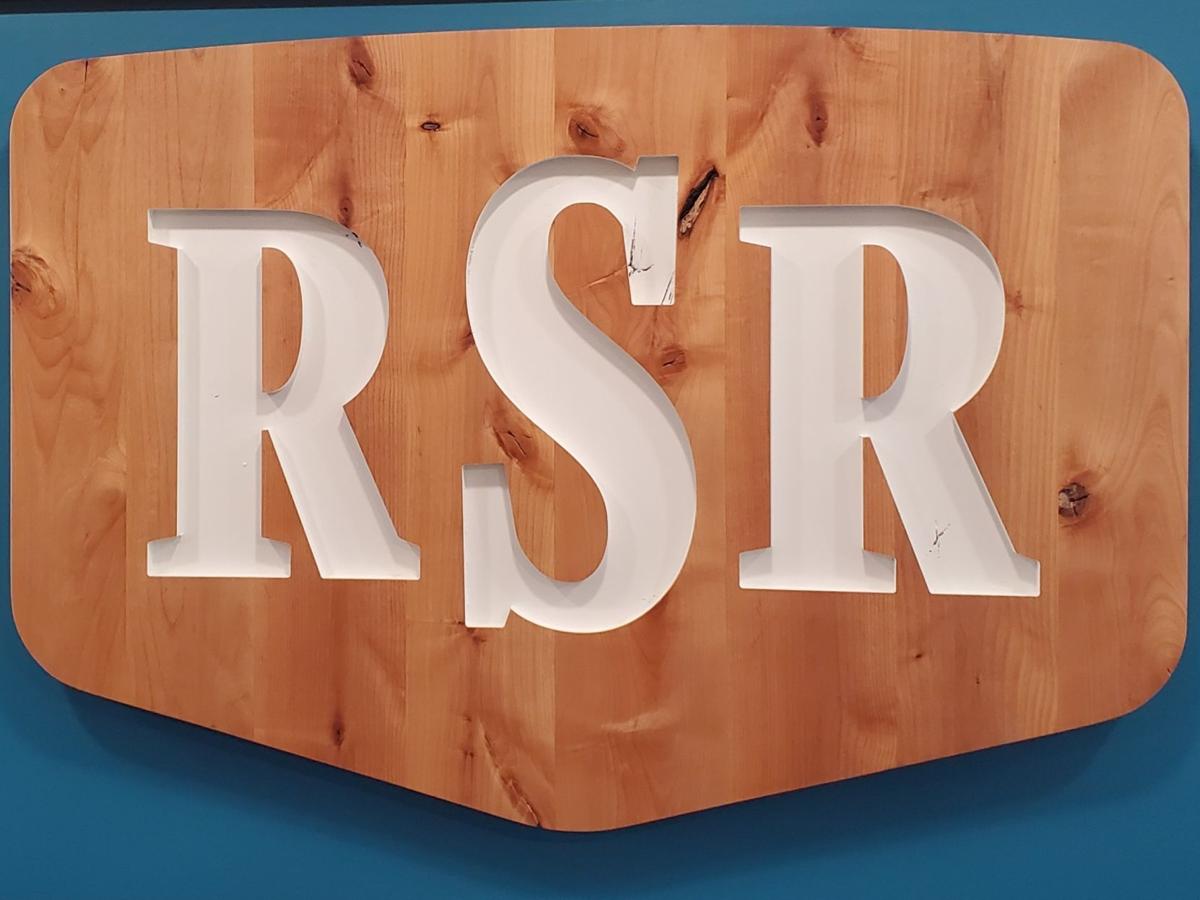 A piece of wall art in the newly renovated cottages at Rock Springs Ranch. 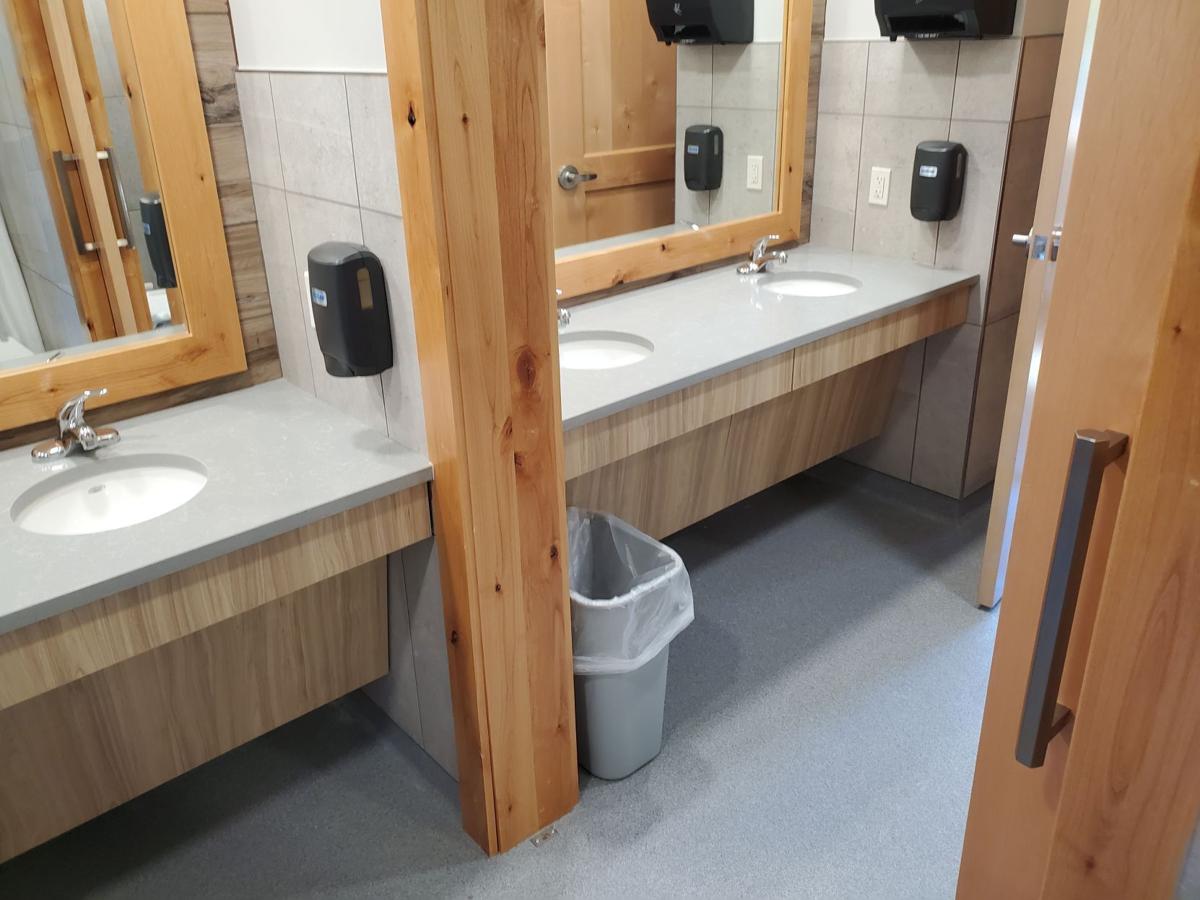 A bathroom in the newly-renovated cottages at Rock Springs Ranch. 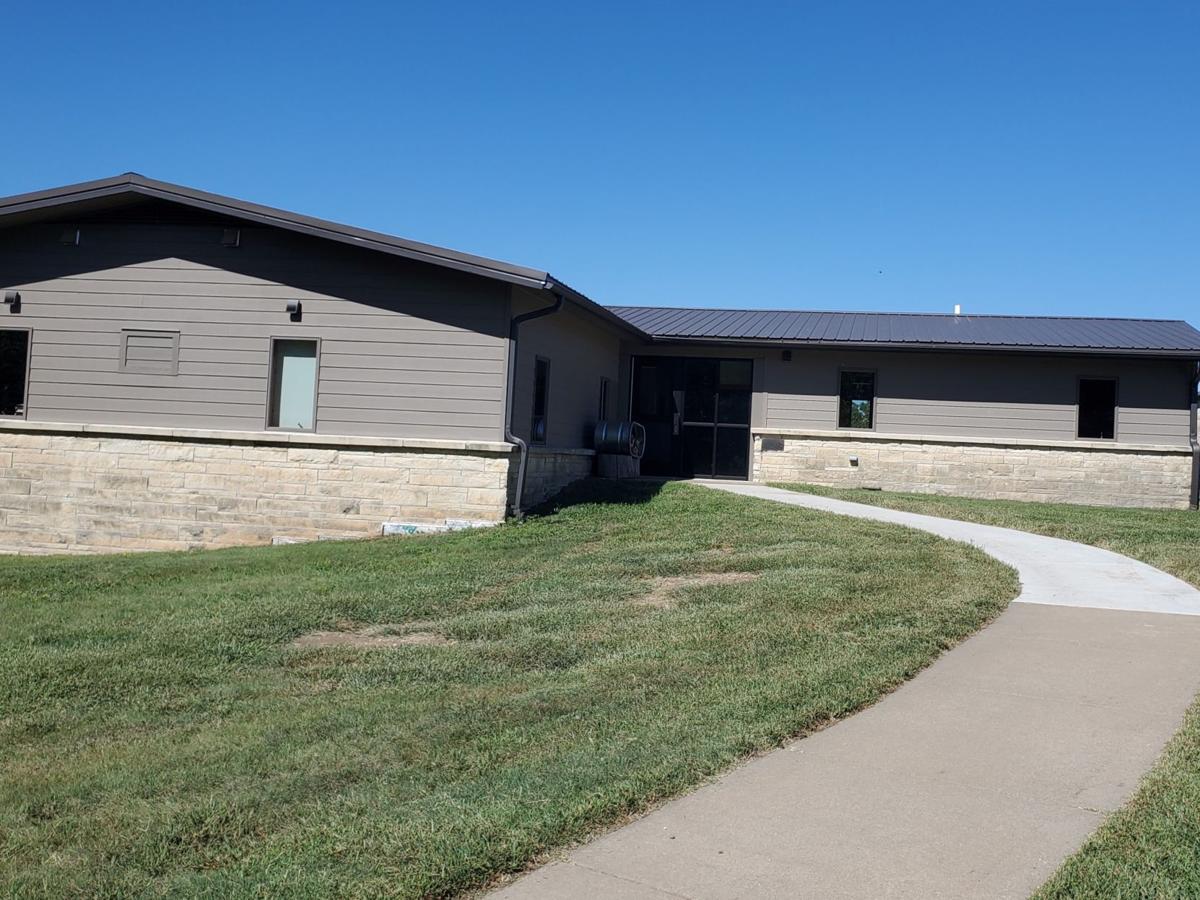 The exterior of the newly renovated cottage at Rock Springs Ranch.

The new common area at the newly renovated cottages at Rock Springs Ranch.

One of the new examination room in the new health center at Rock Springs Ranch.

A piece of wall art in the newly renovated cottages at Rock Springs Ranch.

A bathroom in the newly-renovated cottages at Rock Springs Ranch.

The exterior of the newly renovated cottage at Rock Springs Ranch.

After 75 years, Rock Springs Ranch is getting a face lift.

The 4-H camp and conference center 20 minutes south of Junction City has been busy over the past year and a half making both physical and programmatic changes to help modernize while keeping the classic camp feel that’s made it so successful for so many years.

Five years ago, executive director Jim Wheaton started to work on a new master plan for the three-quarters of a century-old camp which included remodeling certain buildings on the campus to meet new ADA standards and to bring them up to code while also making changes that help the camp keep pace in the modern world.

“I grew up doing camps and I’ve always done camps as an adult with youth and adults,” Wheaton said. “Not having camp in 2020 was just devastating for me and for camps. Camps around the country are closing because of the fiscal impact of it and we’re very blessed to have such strong 4-H supporters. Our whole master plan going into the pandemic was figuring out how to keep us relevant for the next 75 years because camps were already struggling before the pandemic and then with the pandemic, that just reinforced itself.”

One of the biggest changes was updating their health center to meet American Camp Association standard for an overnight camp while also providing a safer experience for campers.

“A new health center is something we identified early on as a need for us,” Wheaton said. “We needed a better and safer place to dispense meds and take care of kids who were hurt. You’d like to never have any bad things happen at camp, knock on wood, but sometimes things happen and even though Geary County Hospital is only 15 minutes away, you still want to be able to triage and handle things as fast as you can when you’re caring for other people’s kids.”

The new center includes two exam rooms, a larger room for medicine storage and distributions, a kitchen, multiple restrooms and an ADA shower, a small conference room, a chill-out room to help kids with mental health issues they may be experiencing and several isolation or infirmary rooms with two twins beds in each room.

Wheaton stated that meeting kids’ mental, emotional and social health needs were something that the camp took a special look at when building the center.

The cottages hold 56 different beds in four different wings. The sleeping areas have been designed to have long open sightlines for camper safety with a fully remodeled bathroom in each wing. In the middle of the building sits a common space that has couches, stools and a fireplace.

“From a design perspective we really tried to look for what’s outside and bring it in,” Wheaton said. “So from a color choice to material choice whether that be a floor that looks like limestone or more of a wood look or the metal that matches what you might see on a tin building. We really tried to modernize from that perspective as well as a longevity standpoint and maintenance.”

The last big physical addition to the camp is the new high ropes adventure course which will get to be put in use for the first time in 2022.

“The course was put in last year but we didn’t have long enough programming sessions to use it,” Wheaton said. “So next year we’ll be fully using the tower on a daily basis.”

The course was designed by Alpine Towers, the North Carolina company that designed Fort Riley’s rope course. The course also includes a low ropes portion as well, meaning the course can accommodate climbers starting at eight-year-old.

“Every aspect of camp, including food service, has components in that accreditation,” Wheaton said.

“To me and for people in the camp world, hopefully families look for the American Camp Association stamp as the gold standard that this is a safe place to send their kids.”

For the first 75 years of its existence, Rock Springs counted on high school-aged counselors to help run things over the summer but starting in 2022, the camp will be hiring a full staff of counselors 18 and older while extending a Rock Springs camp experience to those high school kids.

“We’re assuming camper care responsibilities by hiring trained 18-plus year old in-cabin counselors,” Wheaton said. “From a risk management standpoint, we felt it was time to come in line with those standards.”

The camp will be adding camping opportunities for high school-aged kids where before there was a gap between when they could be campers and when they became counselors. Now, 4-Hers can spend summers at Rock Springs until they graduate high school and then go through the intensive two-week training to become a paid camp counselor.

“We definitely feel like we’re one of the best summer jobs around,” Wheaton said. “If you’re 18 to 25 years old or if you’re an educator, we’re still looking for that type of person. We also feel like we’d be a great internship opportunity. Having the second largest spring in Kansas, if you want to be a civil engineer and understand fresh or waste water systems, we have a very basic one here. We feel like we’re a great place to grow soft skills no matter what career path you’re on.”

4-H camp will extend later into the summer starting in 2022 as the camp plans to make changes to allow for options to be available for kids across the state including a new family camp that will allow families to experience the camp together and get younger kids acclimated to the camp lifestyle.

“We used to do only 4-H specific camp in the month of June and then other rental stuff in July,” Wheaton said. “Next year, that will be June and July. We’re still encouraging clubs and counties to come together if they want but if you can’t do that due to ball camp or church camp or a family vacation or whatever, 4-Her’s can now pick any session in the summer.”

The camp is also trying to target kids outside of their regular 4-H demographic. Starting in 2022, after enrollment for current 4-H members, the camp will have open enrollment for any kids who want a taste of the Rock Springs experience.

“It’s not just an ag program,” Wheaton said. “It happens in all 105 counties in Kansas including Wichita, Kansas City and Topeka. It’s just a great place to come to camp and have an experience with people who are involved in 4-H and then maybe you want to go home and join a club.”

The year and a half has been rough for Wheaton and Rock Springs Ranch but with the new plus-ups coming into effect for next summer, he’s ready and thrilled to return to the normal camp experience.

“In 2021 we were able to open at 50 percent. I would tell some of our adults to single-out a campfire because it doesn’t sound like camp yet. It got there and I think kids had a great time but this place was meant for kids and it was meant to be full and active and to get kids away from computers and to get them active and just being kids.”

“2022, I don’t know,’” Wheaton said, trying to hold back his emotion. “I don’t have words for the excitement I get thinking about filling it up.”