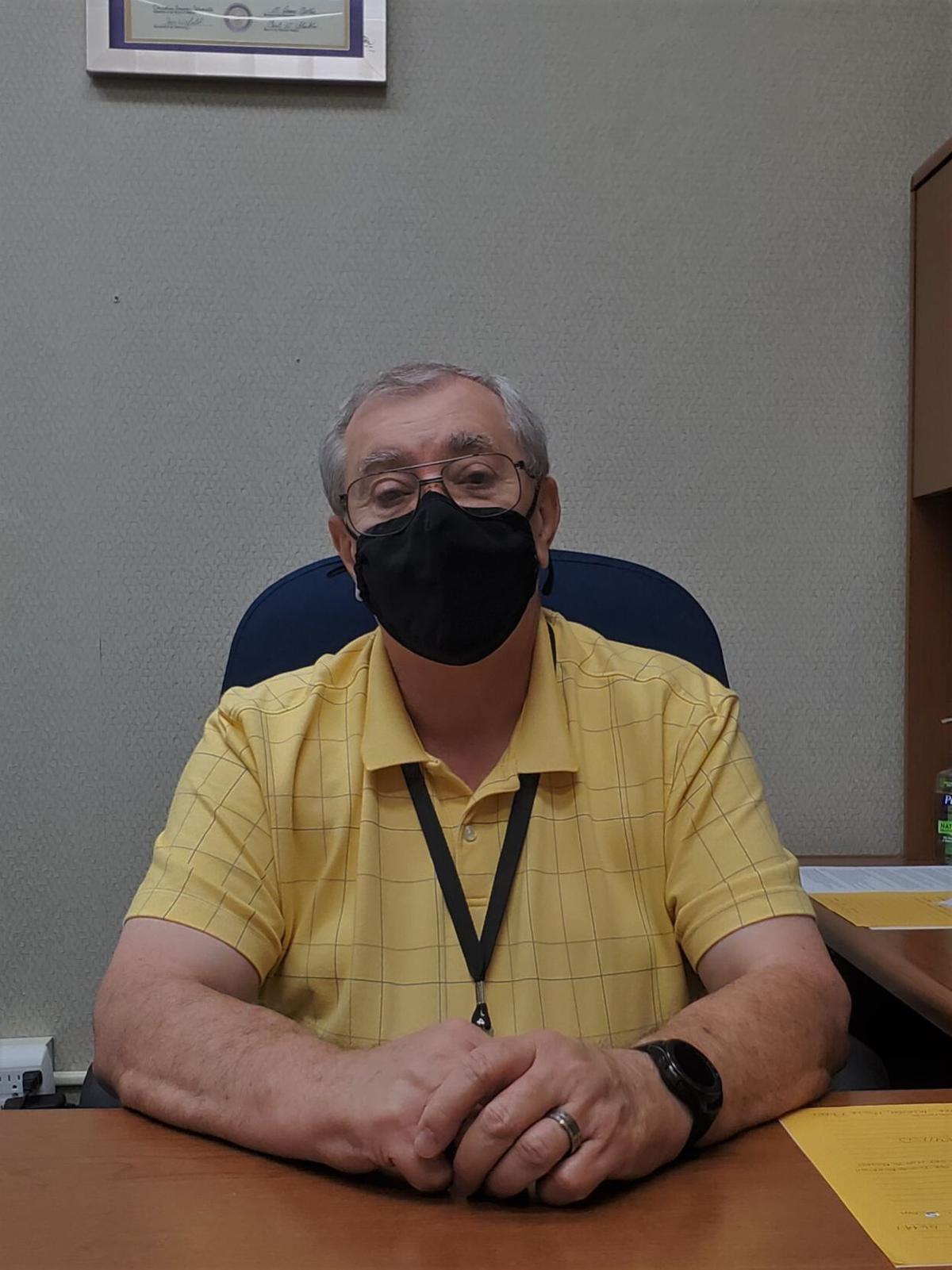 Executive Director of Student Support Services Tom Wesoloski sits in his office on Wednesday afternoon. Wesoloski took over the job back in August after serving as a building principal at the Larry Dixon Center for 13 years. 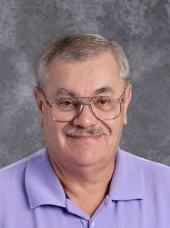 Executive Director of Student Support Services Tom Wesoloski sits in his office on Wednesday afternoon. Wesoloski took over the job back in August after serving as a building principal at the Larry Dixon Center for 13 years.

Tom Wesoloski had no idea that he’d end up in administration roughly 25 years ago after ending a 19-year career in law enforcement so he could go back to school and become a teacher. He just wanted to teach.

The fairly new Executive Director of Student Support Services for USD 475 and former 13-year building principal at the Larry Dixon Center, the district’s alternative high school, had his eye on teaching and law enforcement when he graduated from his Pennsylvania high school back in 1973 and found a way to do both.

Wesoloski went to East Stroudsburg State in Monroe County, Pennsylvania for a year and a half to get that teaching degree before money ran dry and an alternate route to the classroom was blazed.

Wesoloski dropped out and joined the Army where he was a Military Police Officer for three years. In that time, he was stationed at Fort Riley where he met his wife, Teresa, whose family had retired at Fort Riley.

Tom and Teresa moved back to Pennsylvania for a year before returning back to Geary County where there was an opening with the Junction City Police Department.

Tom served as one of Junction City’s finest for 15-and-a-half years under Police Chiefs Jerry Smith and Tom Clark.

“I like Junction City,” Wesoloski said. “It’s a good community and I think I could take a little credit for making it a better community when I was in the police department and I’m hoping that what I’m doing here for USD 375 is making a city a better place too.”

In 1997, he left the force and re-enrolled in K-State and four years later, Wesoloski was ready to officially start the career he started pursuing 20 years earlier.

After a student teaching stint at Junction City Middle School, Wesoloski accepted a job as a history teacher at the middle school and had eight fun years teaching history where, memorably, he was able to take seven groups of students on spring break trips to Washington D.C. to tour the nation’s capital.

After eight years of teaching, a new path emerged after Wesoloski completed the USD 475/KSU PELA program. The building principal position at the Larry Dixon Center had opened up and Wesoloski decided to throw his hat into the ring even though he wasn’t quite sure he’d get it.

“I’ll do the interview and maybe it will give me some experience,” Wesoloski said he said to himself after applying. “The next morning, the HR director at the time called me and offered me the job. I was kind of surprised and excited at the same time.”

That phone call started Wesoloski’s 13-year stint at the Dixon Center which eventually moved into the H.D. Karns building which is the site of the old JCMS.

“In the 13 years I was building principal, we probably graduated 230-to-250 kids that probably wouldn’t have graduated otherwise,” Wesoloski said. “We were very proud of our kids that graduated. A lot of them worked extremely hard. We were proud of that.”

The Larry Dixon Center serves kids who, for whatever reason, aren’t able to do a full school day in a standard classroom. It could be tough at times but Wesoloski believed, and still believes, that a good education is for everyone.

“I’m of the belief that every student can learn,” Wesoloski said. “They may learn at their own speed but every student can learn. Even in the regular school, our staff at USD 475 work extra hard to make our kids successful. Everyone — teachers, custodians, secretaries, cooks — all work hard and when a kid struggles, they just work harder. Nobody ever gives up and that’s what’s always amazed about our staff and our district. We don’t give up.

“What fulfills me is when I see students who are struggling and I know that I can help them. To watch a student come into your building who’s behind in credits and doesn’t feel like they have any chance and then see them the day they finish, it’s meaningful. And I didn’t do it all, we had a great staff.”

And when those 230-to-250 kids did graduate, Wesoloski made it an event. Sure, they would participate in the regular graduation ceremony but Wesoloski wanted to make sure those kids got the proper recognition for what they had achieved and overcome.

“We have the kids bring in folks they want to be there and each of the teachers will say something about the student and we let the students talk if they want and we present them with a few items and then we get all of the kids up who are in the building that day and run them out onto the sidewalk and then the graduates come out and we throw birdseed, just like at a wedding,” Wesoloski said. “We get a lot of pictures and video and it’s just nice to see them happy.”

It’s things like that that have endeared Wesoloski or “Mr. Weso” as he was know, to his former students

“They’ll come and talk to me if I see them,” Wesoloski said. “I have some that will email me every once in a while to tell me how they’re doing and ask how I’m doing. We’ve had folks who have graduated and went on to the military, went on to college, went on to the workforce. But they still get ahold of me and it’s always nice. I don’t expect them to say thank you all of the time but it’s always great to have someone come back and say, “I’m glad I listened to you”.

Now Wesoloski works in the district office at the Mary E. Devin Center, overseeing all truancy issues, parent issues, all discipline and attendance hearing and overseeing joint meetings for student support staff members (among other things) in his new role of Executive Director for Student Support Services that he’s been in since August. He’s still able to help kids every day but it’s just not as hands-on as he was during his years as a principal.

Sometimes Wesoloski is asked if he’s interested in moving farther up the administration ladder but he quickly assures him that he’s quite comfortable where he’s at.

“I’ve always said I’m not interested in being a school superintendent,” Wesoloski said. “They have to work too hard. This is where I’m going to end up. This is where I want to be.”