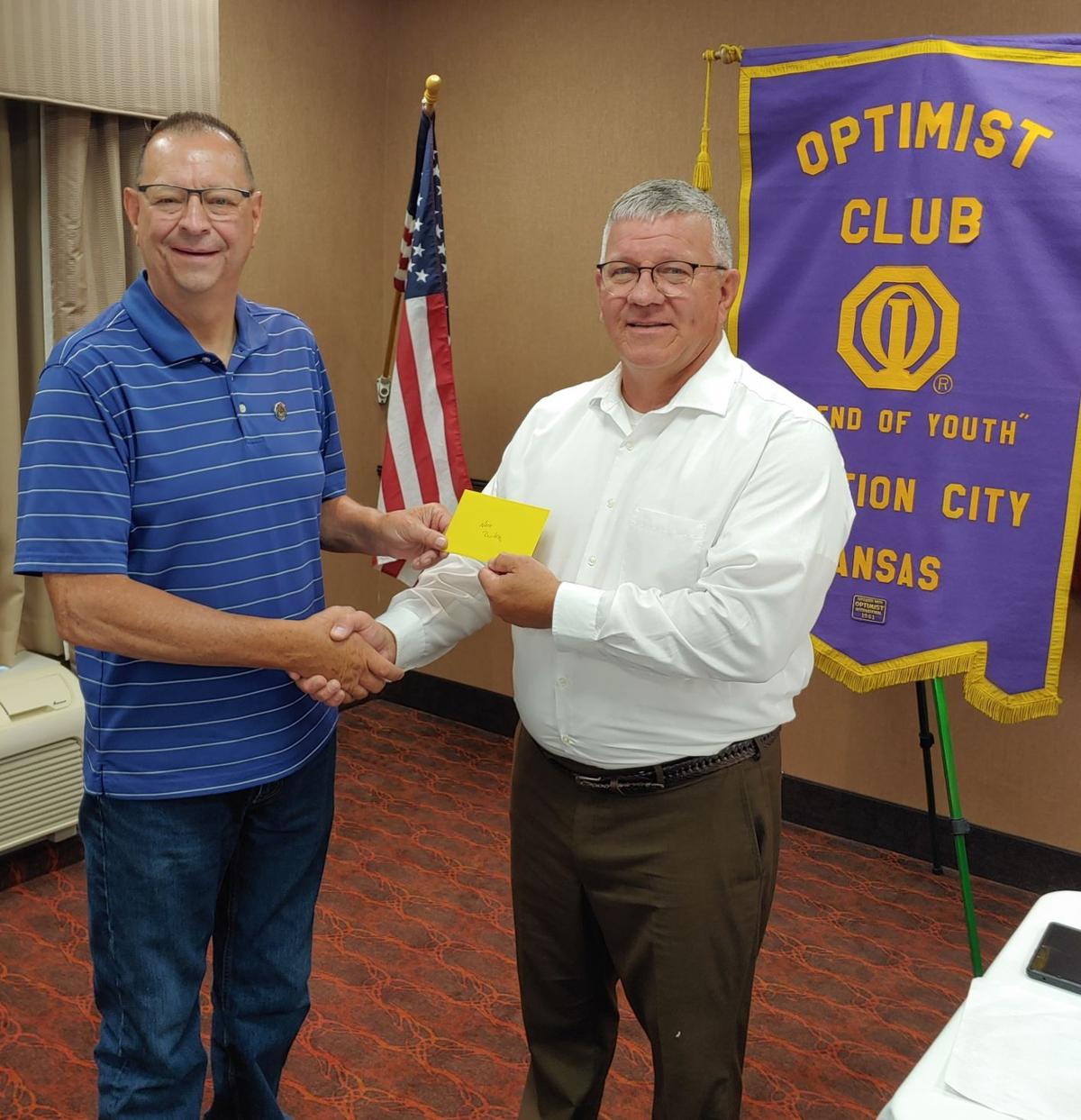 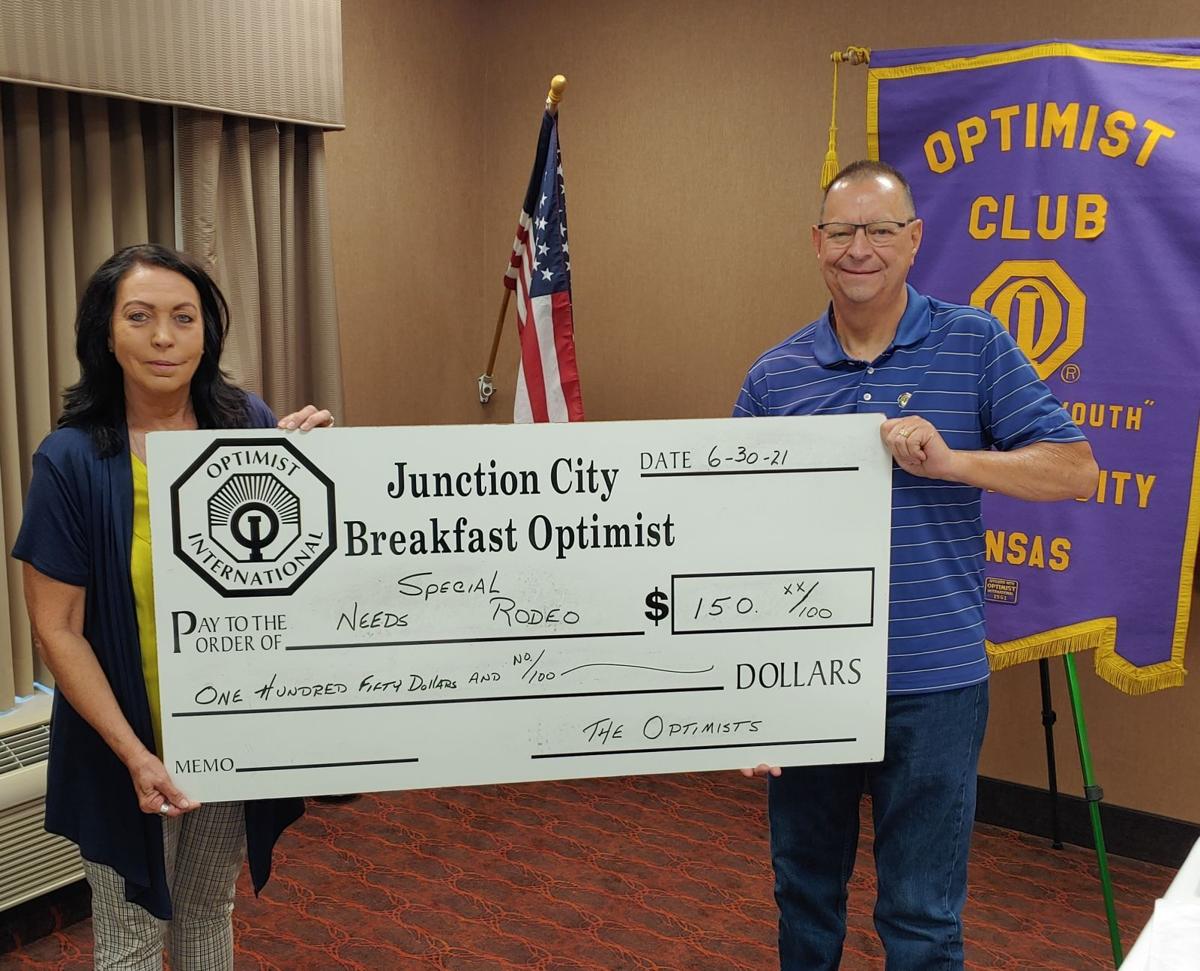 The JC Breakfast Optimist Club’s guest speaker on June 30 was City Commissioner Nate Butler. Nate got to this area while being stationed at Fort Riley during several tours. He told the Optimist Club members that “I first met my wife to be at the Commissary. I followed her around and at the check out asked her if she had a boyfriend. She answered no. We dated and then married, raised our family and have returned to Fort Riley and now Junction City several times.”

Nate got involved in the community while on duty as a soldier at Irwin Army Hospital. After leaving the Army he served four years on the USD 475 Board of Education and was eventually “called” to the ministry. He and the family moved to Kentucky to start a church, but again returned to Junction City when the Butler children decided they wanted to move back to this area. “We love Junction City”, he said.

Nate stated he was “proud of the way Allen Dinkel, City Manager, and the staff have worked so hard and been so successful in paying down the city debt, which has been a focus for several years.

The mil levy has stayed the same; sales tax revenue has dramatically increased in the past sixteen months; the Downtown Revitalization Program has given a boost to the business district; there are new business coming into the area and there are plans being put in place to get even more foot traffic into the downtown area. Even if you are not intending to make a purchase, just come downtown and visit the shops and restaurants.”

Commissioner Butler also shared that events like Grub ‘n’ Grooves, Sundown Salute and an Oktoberfest with a Volksmarch for people to enjoy good music, food and opportunities for locals to visit with each other and meet new friends.

The JC Breakfast will purchase t-shirts for the Exceptional Family Members Program’s Special Needs Rodeo to be held July 17 from 10 until Noon at the 4-H Center on Spring Valley Road. The Rodeo is free to all children with special needs four years and older. Activities will include face painting, hand-rocked bull riding and arena rides. The contact information to RSVP is Laurie McCauley at 785-239-9435.

The JC Breakfast Optimist Club meets every Wednesday in the Hampton Inn Meeting Room at 1039 S. Washington Street in Junction City. Visitors and new members are always welcome and receive a free breakfast on their first visit. Breakfast is ready after 6:00 AM and the meeting begins at 6:50 AM.