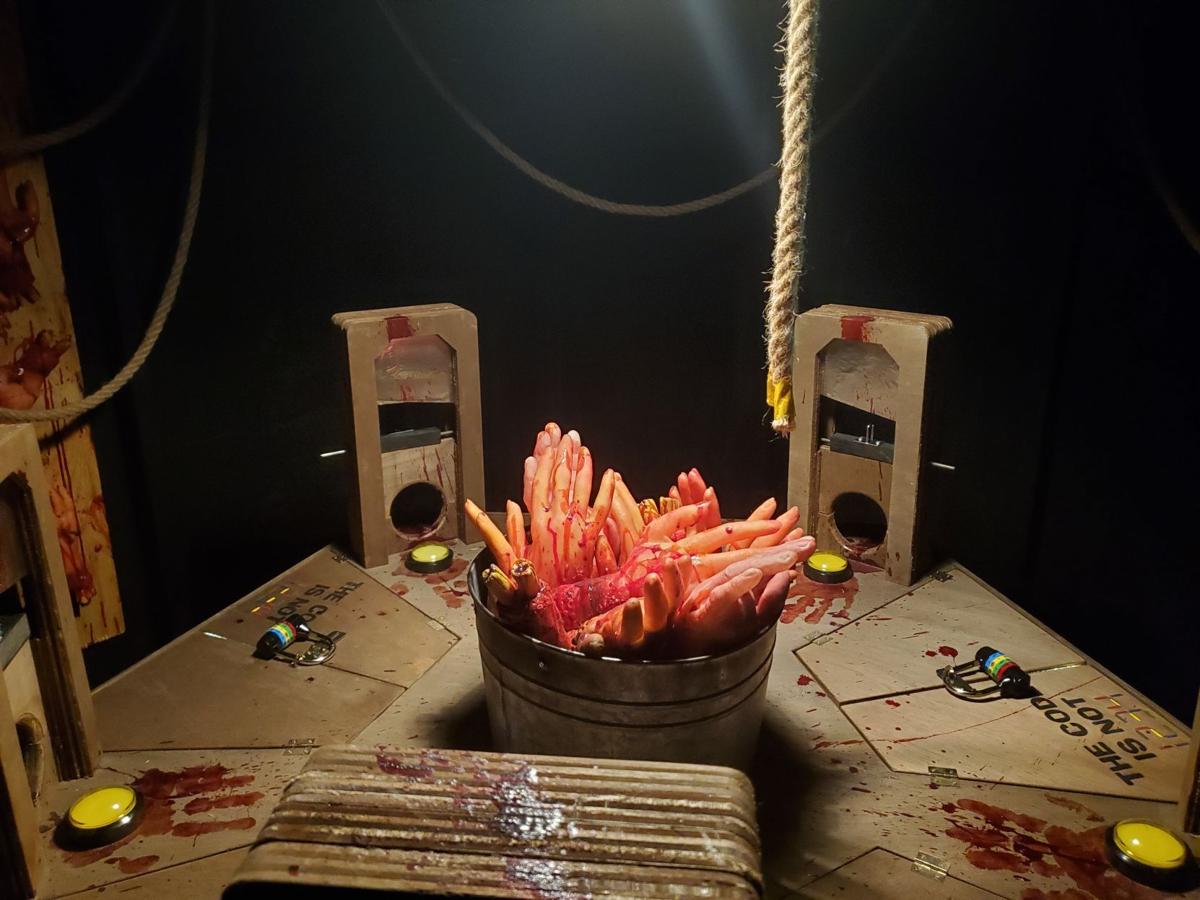 An overhead view of the new “5 Tiny Guillotines” escape room at Zombie Toxin Haunted House. Participants compete against each to try to escape without “losing” their hands. 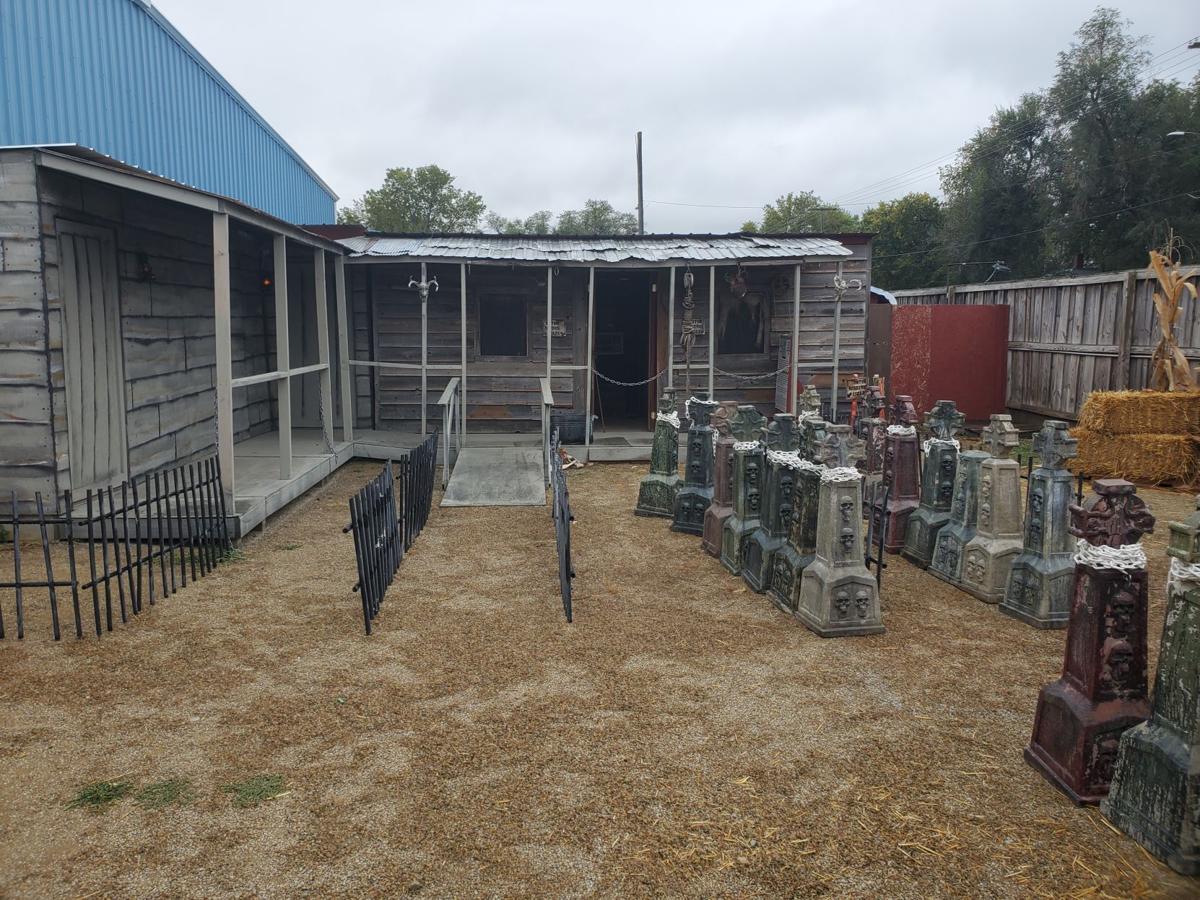 An outside view of the escape room area at Zombie Toxin a week before opening. The haunt will have four different rooms this season for customers to test the meddle at.

An overhead view of the new “5 Tiny Guillotines” escape room at Zombie Toxin Haunted House. Participants compete against each to try to escape without “losing” their hands.

An outside view of the escape room area at Zombie Toxin a week before opening. The haunt will have four different rooms this season for customers to test the meddle at.

Scream-seekers and puzzle enthusiasts alike will find something to whet their appetites this month as Zombie Toxin Haunted House at 417 North Franklin Street is starting their season on Friday.

Zombie Toxin is adding two new escape rooms to go along with their classic haunt and two other escape rooms.

“It creates new interest for the people who have been here a dozen times or more,” owner and operator Rob Blanken said of the escape rooms. “I think it’s just another way to please the customer as far as giving them more things to do. We can refresh (the haunted house) all we want but we have a limited floor space and there’s only so much we can do so it was a natural solution to expand to our outside space.”

Blanken stepped into the escape room game in 2018 with Dr. VonMonschture’s Head Shed escape room and added a Jack the Ripper themed room in 2020.

“The whole escape room thing has really taken an interesting turn,” Blanken said. “I would like to think I was one of the first to recognize that but I know that I wasn’t. Escape rooms were traditionally puzzles but didn’t have much in terms of theming and then along came the haunted house industry.”

In “5 Tiny Guillotines”, each person has one hand in a tiny guillotine and must solve a puzzle in order to escape with all of their appendages completely intact. Up to five people can play.

“As far as I’m aware, this is the world’s first competitive escape room experience,” Blanken said. “Normally you’re trying to work as a team to get out but this one pits you against each other.”

Zombie Toxin chose to stay open in 2020 despite the pandemic and had a record turnout.

“In July is when our decision get made,” Blanken said. “We work on the house year-round but July is when the money gets spent but last year, we thought we should talk to our staff first and overwhelmingly they were all, “Yes, we think you should (open) because we think customers will want to come”, so that gave us a lot of courage and confidence and we went in and spent the money and said we were going to do this and last year, with the exception of opening night, we sold out every night and we’ve never done that before.”

Zombie Toxin will be open Fridays and Saturdays throughout the month of Oct. ending on Halloween night with a special Light’s On Night.

Tickets on Fridays are $18 for the regular pass and $25 for the speed pass while Saturdays are $20 and $28 dollars. Escape rooms are each $10 dollars except for the Head Shed which is $5.

Doors open at 7 p.m. and close at 10:30 on Friday and 11 on Saturday and Halloween or until tickets run out.