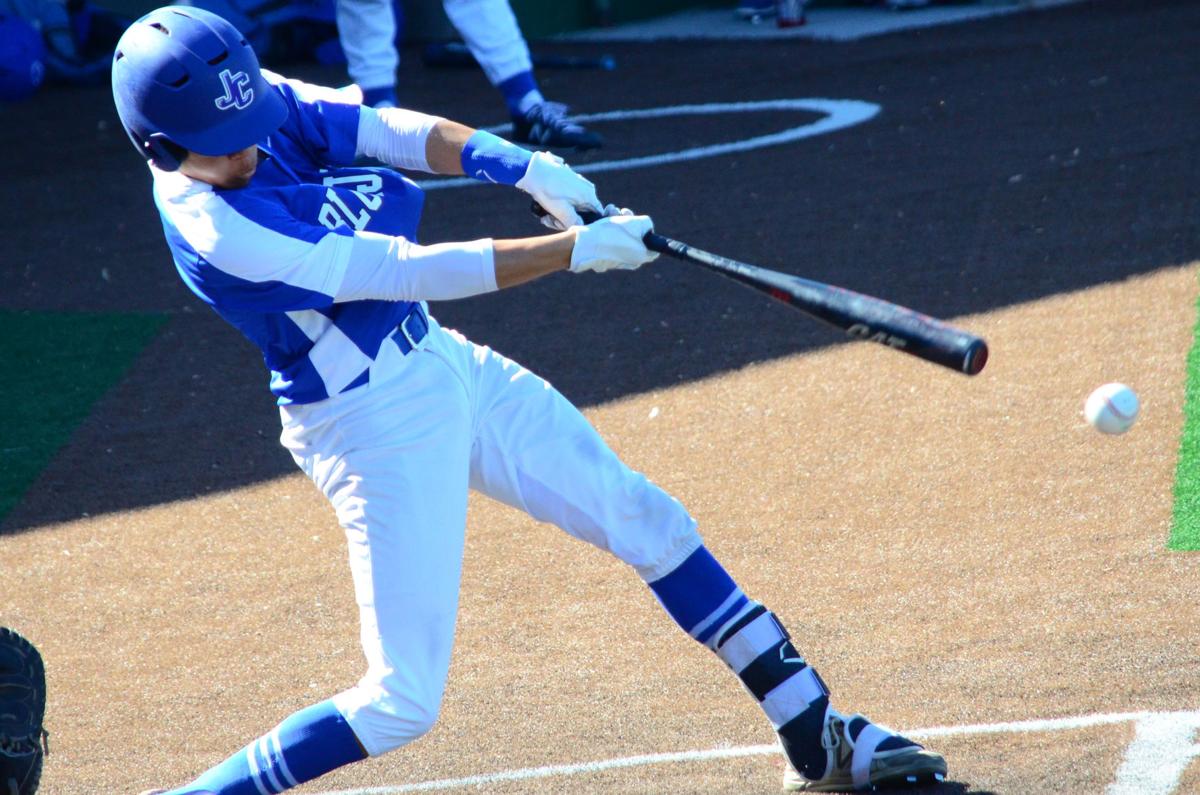 Key’Ahn Taylor drives a ball during the first game of Junction City’s doubleheader versus Manhattan on Friday at Rathert Stadium. 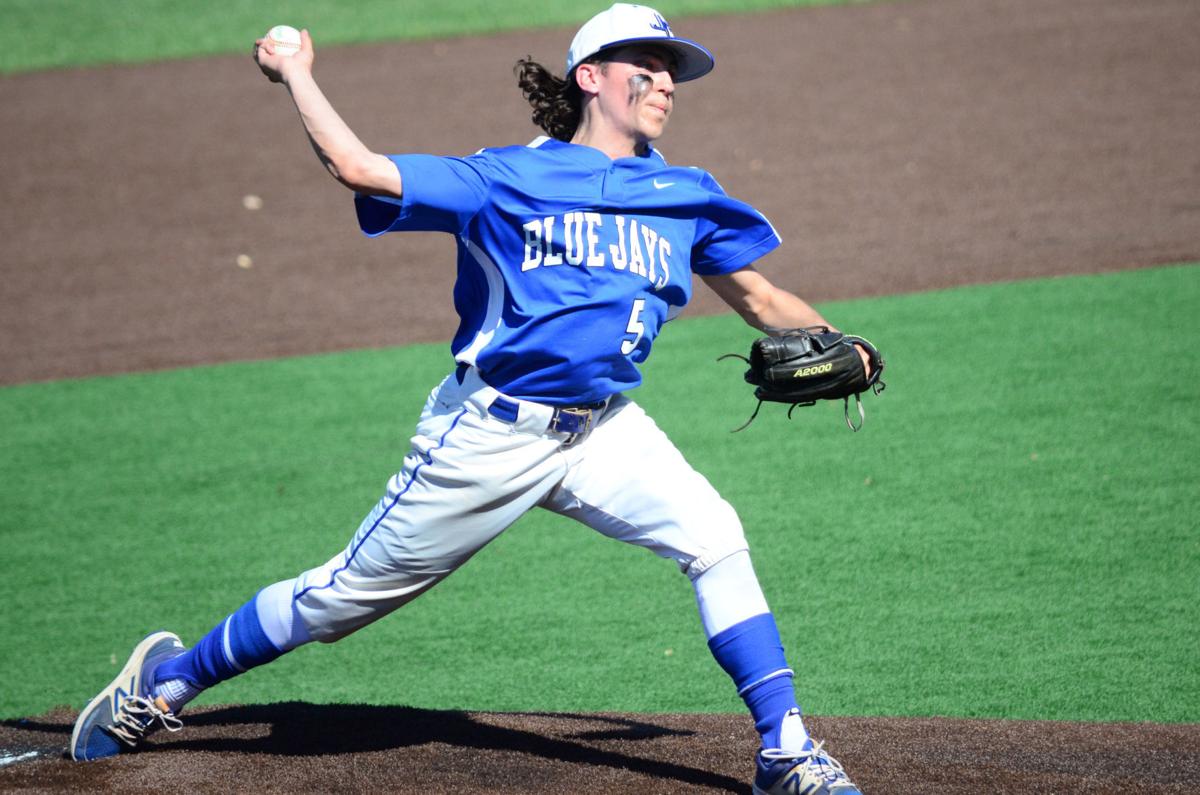 Senior Trevor Laughlin throws out a pitch during the first game of Junction City’s doubleheader versus Manhattan at Rathert Stadium. 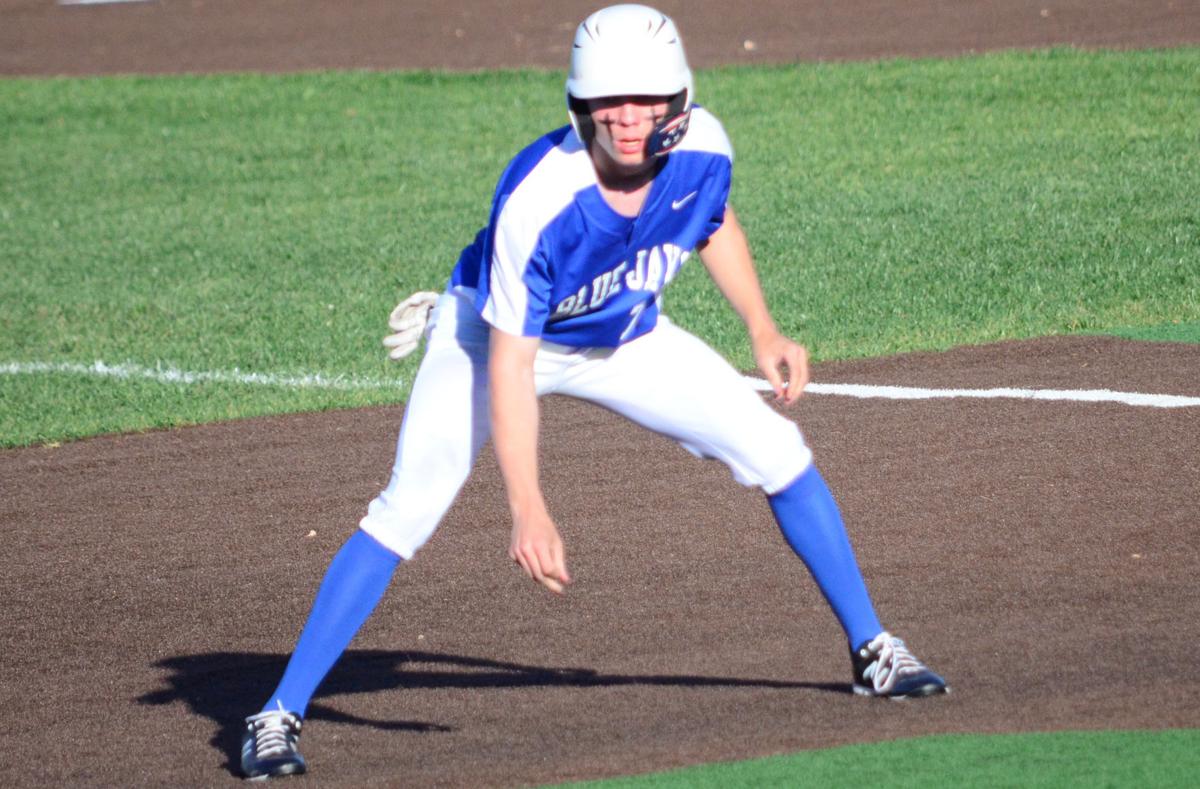 Junior Jonathan Phillips stops in the middle of first and second base, waiting for the pitch during game one of Junction City’s doubleheader versus Manhattan at Rathert Stadium on Friday.

Key’Ahn Taylor drives a ball during the first game of Junction City’s doubleheader versus Manhattan on Friday at Rathert Stadium.

Senior Trevor Laughlin throws out a pitch during the first game of Junction City’s doubleheader versus Manhattan at Rathert Stadium.

Junior Jonathan Phillips stops in the middle of first and second base, waiting for the pitch during game one of Junction City’s doubleheader versus Manhattan at Rathert Stadium on Friday.

Disappointment hung over Rathert Stadium Friday evening. Junction City and Manhattan came into Friday’s doubleheader as two teams vying for the top of the Centennial League and a number one seed in the fast-approaching regional tournament. Junction City left Friday night in a very different place after dropping game one 9-2 and game two 13-2 in five innings.

“All this week, all of us seniors had been looking forward to Manhattan,” senior Trevor Laughlin said. “It’s our last ride. We’ll never play any of these guys again in any sport. We worked our butts off in practice and then we got to the game and I don’t know. Maybe a couple kids got nervous, I’m not sure what it was.”

The losses dropped the Blue Jays to 9-7 this season.

After the game, head coach Carl Laughlin pleaded with his team to find their fire and passion and use it to work toward getting better in the coming week.

“If this is their team and they want it to be their team then they need to stand up and back it,” head coach Carl Laughlin said. “I think some of these guys need to rethink what they want to do. We’re not in panic mode but if they want to continue, they need to put the work in. They can’t just rely on their athletic ability.”

Errors doomed the Blue Jays in game one as multiple routine dropped balls and a botched throw-out attempt gave the Indians multiple second chances to gain a foothold over Junction CIty.

“I really believe if you take the errors away, we win that game 2-0,” Laughlin said. “I don’t think they earned a run on their own. We just do some things that are uncharacteristic.”

The Indians responded with two more in the top of the fourth and then, after two scoreless frames, they added three more runs to push their lead to 9-1.

Jonathan Phillips scored on a steal of home with two outs to bring the run total to 9-2 but a Taylor strikeout ended the inning and the game.

“We knew Dayne was good,” coach Laughlin said. “He’s been their number one all year and I don’t think he’s lost. I think we just got down and we’re not mentally strong enough to pull out of it yet.”

Six different Blue Jays had a hit in the game.

Things were tight and competitive early in game two after Manhattan grabbed an early 2-0 lead through an inning and a half before the Blue Jays tied things up on a Phillips steal of home and a Manhattan balk.

Unfortunately for Junction City, that would be all the offense they’d be able to scratch together.

Five Manhattan runs crossed in the top of the third and two innings later, six more came in and after a scoreless bottom of the fifth, the game ended on a run-rule with the score at 13-2.

Jorden Kell and Levi Mehl struggled in their shared five innings, allowing 14 hits, 13 runs and five walks with only two strikeouts in the game but Laughlin was mainly concerned with the lapses on defense.

“We were good enough on the mound to win both games,” Laughlin said. “We can’t let mistakes behind us affect what we’re doing though which is what I think happened with Jorden a little bit and then with Levi. We’ve got to make plays, that’s what it comes down to. They might have outhit us by five or six hits and that’s not a 20-run spread over two games.”

“I’m really hoping that we get right back at it on Monday and change our mentality and figure out what we need to do to get better because tonight was unacceptable and if we do that again, we’re not going to be successful for the rest of the year,” Trevor Laughlin said. “We have the talent and the drive but we just have to use it and stay focused through practice and then all 14 innings. We can’t let anything get to us.”