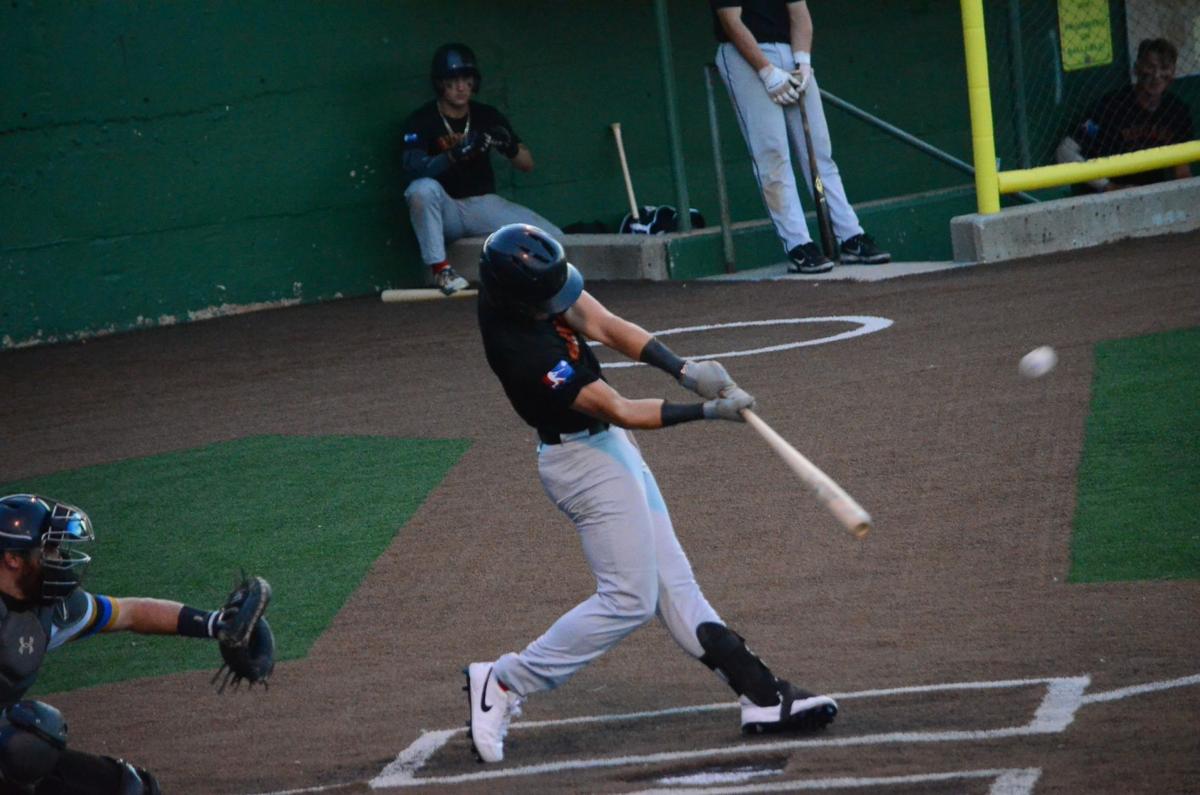 Kade Graffs bombs a single shot over the centerfield wall to score the Brigade’s first run of the game during Tuesday’s 5-3 win over the Topeka Golden Giants at Rathert Stadium. 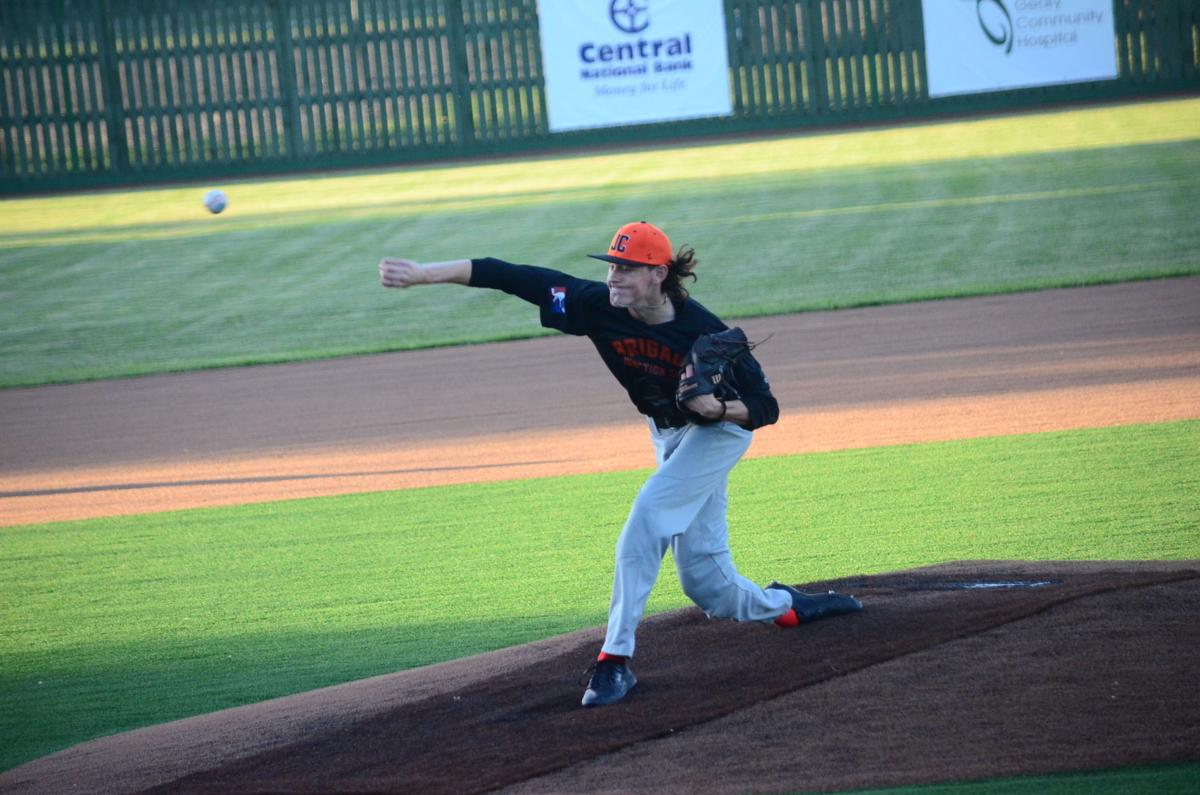 Tristian Wolf throws out a pitch in relief during the Brigade’s 5-3 win over Topeka Tuesday night at Rathert Stadium.

Kade Graffs bombs a single shot over the centerfield wall to score the Brigade’s first run of the game during Tuesday’s 5-3 win over the Topeka Golden Giants at Rathert Stadium.

Tristian Wolf throws out a pitch in relief during the Brigade’s 5-3 win over Topeka Tuesday night at Rathert Stadium.

A late-game rally gave the Junction City Brigade a 5-3 win and a sweep over the Topeka Golden Giants on Tuesday night at Rathert Stadium.

“It’s good for the team to experience this,” head coach Brandon Bachar said. “To come back and win like we did, that just builds confidence going forward.”

After falling behind 3-1 in the first inning, both teams threw up zeros for the next four-inning before the Brigade broke through and tied things up in the bottom of the sixth.

Topeka’s Tyler Norris retired 16 straight batters before Kade Graff finally managed to get his bat on a ball, sending a home run deep over the centerfield fence, cutting the Topeka lead to a run.

“With the sun it was kind of hard to see the ball,” Graff said. “So I told the guys to be ready to hit once it set because you should be able to see the ball again and we did. He left the ball right over the heart of the play on a 2-0 count and I put a good swing on it and it took off.”

The Brigade tied things up several batters later after two straight, two-out walks led to Price Allman scoring on an error before Garrett Redden grounded out to the shortstop to end the inning.

While Junction City was getting things tied back up, the Brigade bullpen was putting up a brick wall.

Four different relievers entered the game after starter Zach Philbin was pulled after three innings and each one (Tristan Wolf, Chandler Young, Tanner Martin and Drake Sisemore) each threw up zeros in their time on the mound, only allowing two hits in the final six innings of the game.

“It’s awesome because we did go through three or four guys and every new arm that went in it was just the next guy up,” Bachar said. “They went in and threw up a zero and did what they were supposed to.”

In the bottom of the eighth with things still tied up at three, Graff struck again, moving Jace Stewart who was hit by a pitch on the first at-bat of the inning to second on a sac-bunt that eventually set up Jace Essig scoring the two go-ahead run on a fielder’s choice.

Sisemore walked his opening batter but then went 1-2-3 to end the game and the inning.

“I think we’re all getting settled,” Graff said. “Honestly, I think it’s more of a trust thing and I think we all trust each other. Once you’re able to do that, the games are a lot more fun and you can just execute and do what you need to do.”

Five home runs powered the Brigade’s way through the Golden Giants in Topeka on Monday.

Graff, Essig, Jackson Jones, Garrett Redden and Jace Stewart all went yard in Junction City’s 20-8 win that was called after seven innings due to the 10 run mercy-rule.

The Brigade hopped out to 5-0 lead through the first 2.5 innings before the Golden Giants brought things back within a run with a four-run bottom of the fourth. The Brigade added four more runs in the top of the fourth and the top of the sixth along with a run in the fifth and two in the seventh to finish off their 20-run day.

Topeka scored two runs in the bottom of the fifth and sixth.

Graff and Allman led the way with four hits each. Redden had two and a game-high five RBI.