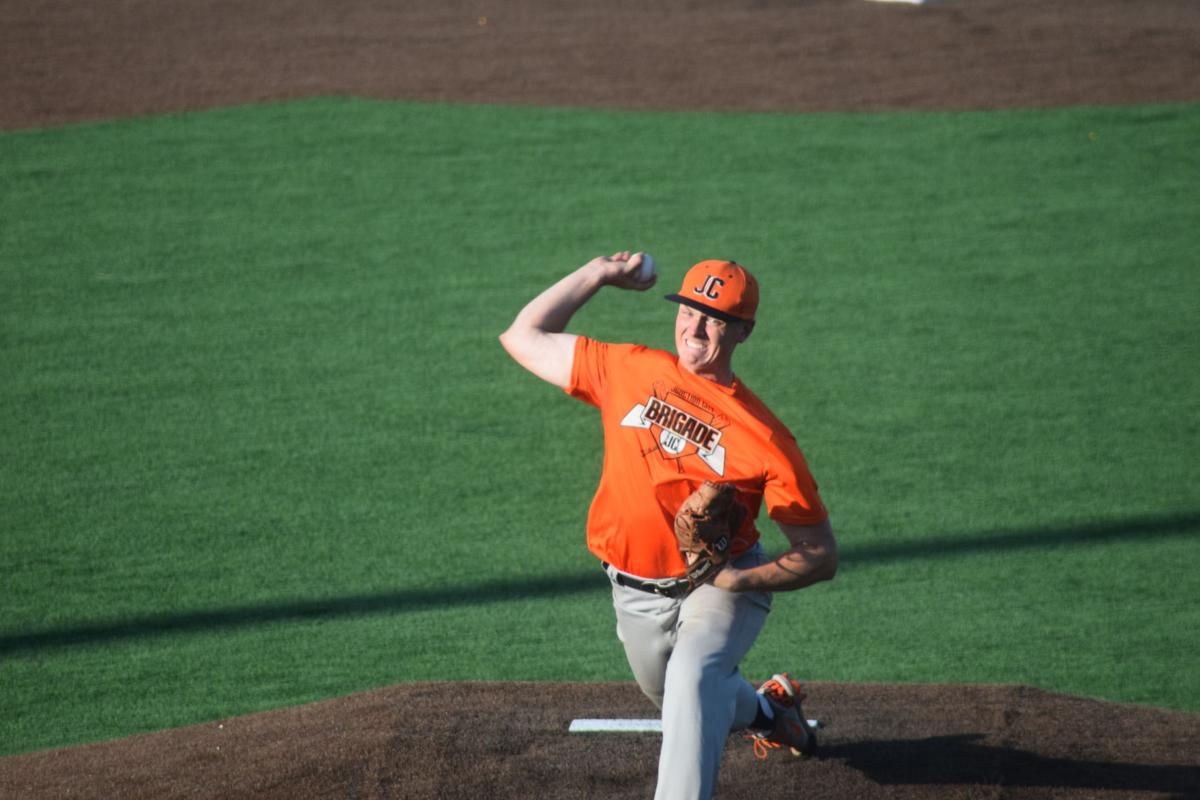 Taylor pitches on Friday night in game one of the Cowdin Cup against the Midwest A's. 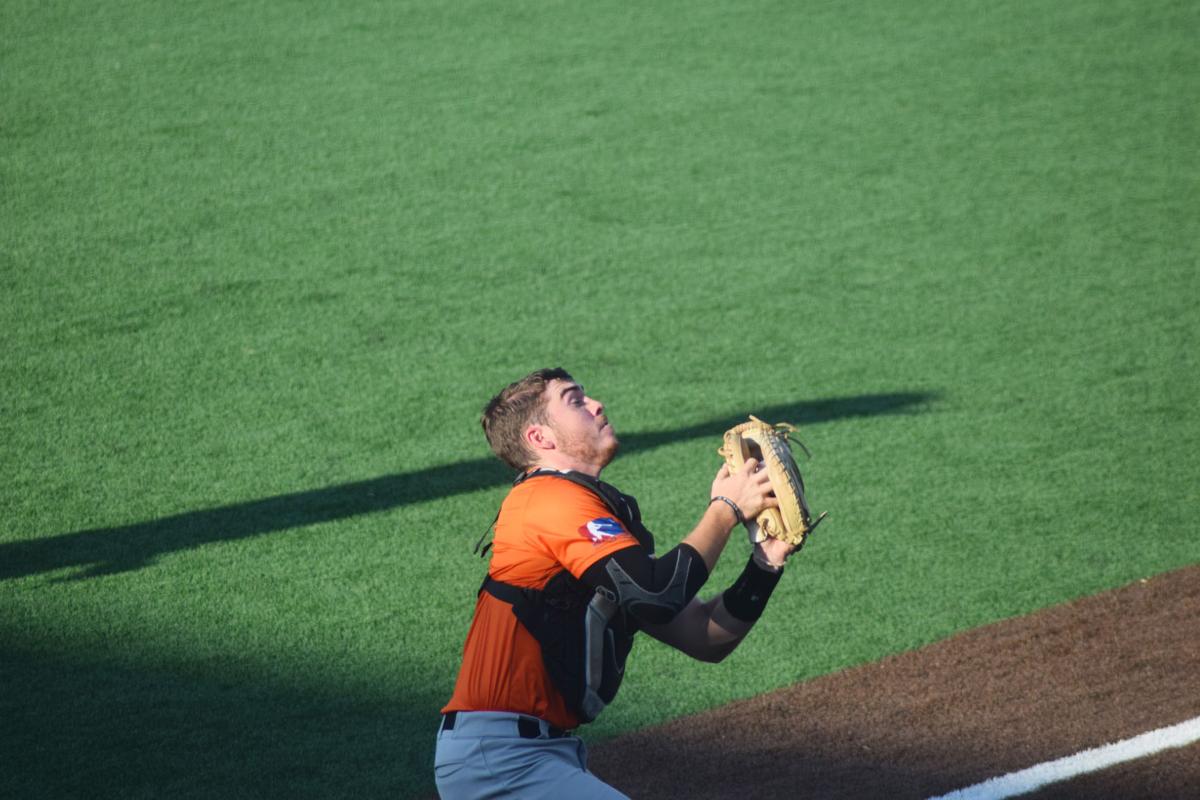 Dylan Thurber squeezes a foul ball on Friday night against the Midwest A's.

The Junction City Brigade started off on the right foot Friday night in its quest to defend the Cowdin Cup Championship that it won a year ago.

In a 6-1 game one victory, they turned to pitcher Riley Taylor to get the job done. Taylor has been the go-to guy over the course of the season along with Jack Christian and has pitched in most of the Friday night home games for the Brigade. The pressure has been on him before, and he has responded to that in a big way over the course of the season.

Taylor rose up to the occasion once again and tallied seven scoreless innings for the Brigade when the team needed him most. Tossing only 50 pitches on Tuesday night against the Kansas City Knights gave the Brigade the luxury of throwing Taylor back on the hill as soon as possible. Taylor’s arm looked rested and alive out there, striking out four A’s on the night and only allowing four hits.

With Taylor’s impressive performance, JC only needed a couple runs to be able to pull away. Zane Schmidt put the Brigade on the board first in the fourth inning when he knocked an RBI double down the left field line, scoring Tyler Halstead from first base. Holding a 2-0 lead in the fifth inning, JC reverted to a little bit of small-ball to give them another run on the board. Nic Swanson led off the inning with a bunt got fielded and overthrown to first base, allowing Swanson to get to second base. Next up was Mac McCroskey, who like Swanson, bunted and was called safe at first. This set up a Blaze Brothers sacrifice fly to put the Brigade lead to 3-0.

In the next inning, McCroskey put the cherry on top of the win when he launched a two-run home run to seal the victory, putting the Brigade one win away from being back-to-back champions.

Junction City was scheduled to travel Saturday night to Belton, Missouri, to take on the Midwest A’s in Game 2, a potential championship clincher.