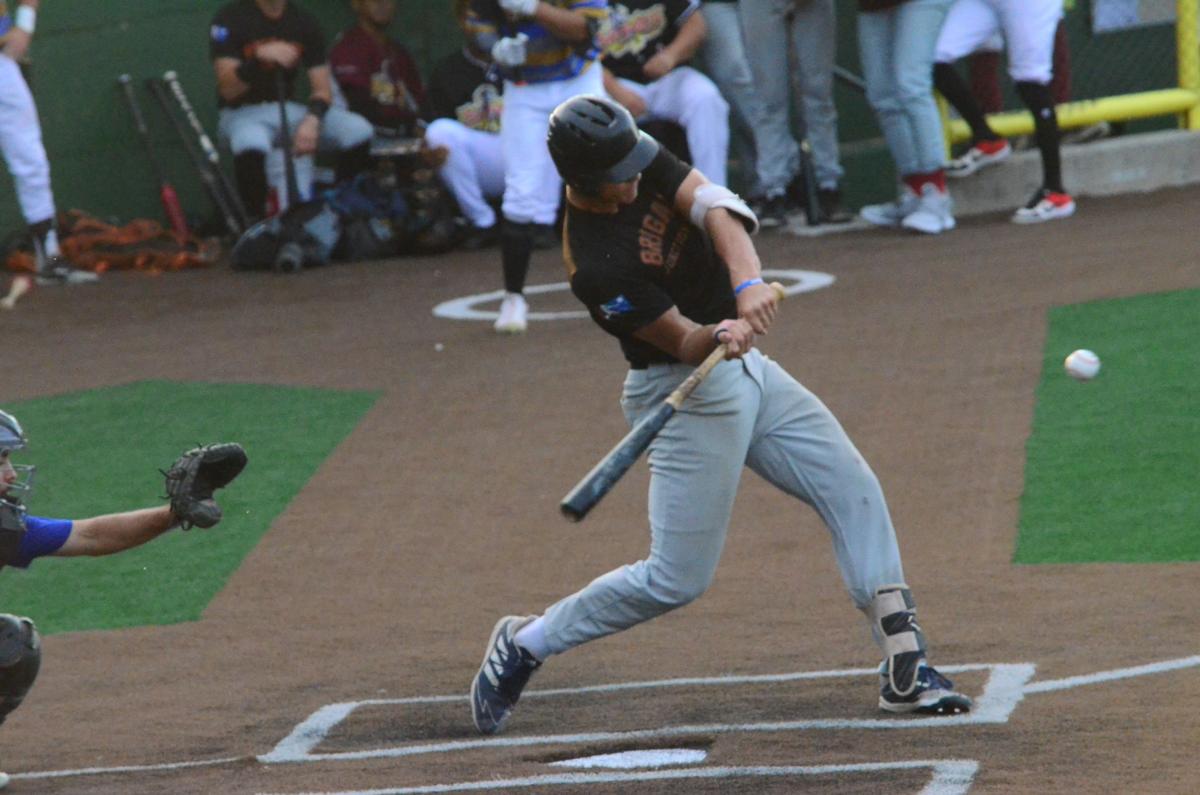 Mid-Plains West All-Star first baseman and pitcher Casey Steward swings at a pitch during the game on Saturday at Rathert Field. 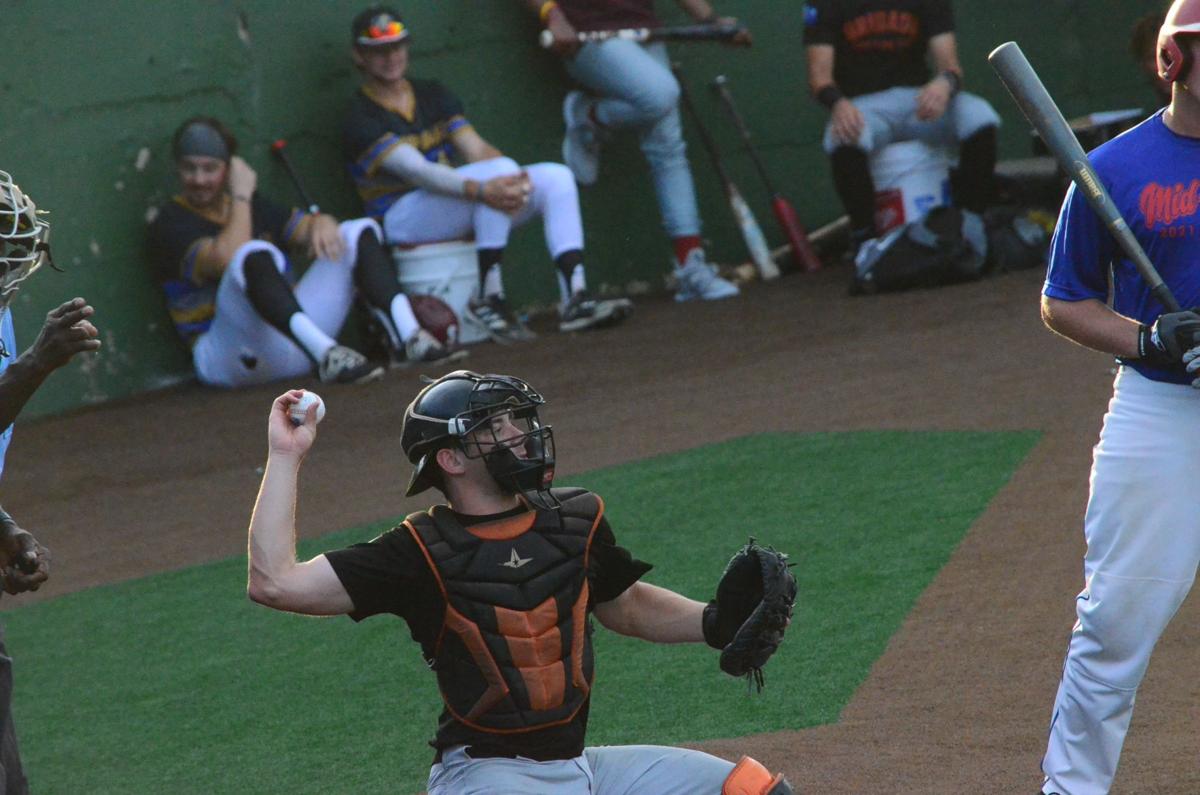 Mid-Plains League West All-Star and Brigade catcher Gus Freeman throws a ball back to the pitcher during Saturday’s game.

Mid-Plains West All-Star first baseman and pitcher Casey Steward swings at a pitch during the game on Saturday at Rathert Field.

Mid-Plains League West All-Star and Brigade catcher Gus Freeman throws a ball back to the pitcher during Saturday’s game.

Saturday marked a fun day out at Rathert Field as the Mid-Plains League All-Star Game and Home Run Derby were both held in Junction City.

After a fan autograph section, the derby was held. The field consisted of Junction City’s Garrett Redden and Casey Steward along with Baldwin City’s Trey McClelland and Tucker Flory, Lawrence’s Patryk Hernandez and Topeka’s Noah Buss.

After the first round all that remained were Baldwin City Blues players McClelland and Flory. Flory finished his final round with one home run with McClelland on deck. McClelland homered on his first pitch and then was not able to homer again until he had three outs left. But with his second home run McClelland claimed the home run derby title.

The low-octane offensive afternoon continued into the evening as pitchers on both teams dominated, allowing just three runs total. Diego Oquendo of the Sabetha Bravos got the start for the West and pithed a solid first inning for the west allowing no runs.

In the bottom of the second the West hopped out to an early 1-0 lead with the Topeka Golden Giant duo of Shawn Marquis and Mickey Coyne working together to put up the game’s first run.

The East was not able to respond until the fifth, when Landon Vahle of the Midwest A’s sent a ball right back up the middle to drive in Brennan Johnson of the Lawrence Travelers.

With the game all knotted up at one, the pitchers continued their dominance over the game. For the East, Luke Shull and Alex Kremer of the Baldwin City Blues dominated their innings only allowing one hit between the two of them while the west threw Casey Steward and Brian Bruxvoort of the Junction City Brigade.

The two combined for two perfect innings leading up to the ninth inning.

“They are the best pitchers in the league,” West coach Edgar Santos said. Santos also acknowledged that the choice to throw the two Brigade stars was easy.

In the top of the ninth, the West threw Emmanuel Cabrera of the Sabetha Bravos. Cabrera saw some rough waters early as Jackson Rehkow of the Travelers lead off the inning with a single. After two six-plus pitch at-bats Cabrera was able to retire two in a row.

Cabrera walked Evan Jonson of the A’s putting runners on first and second with two outs. Fortunately for the West, Cabrera was able to strike out the next batter looking to end the inning.

In the bottom of the ninth, Orlando Lorduy and Bobby Galindo of the Bravos led off the inning reaching on errors giving Ryan Webster a chance to end the game.

Webster instead walked on five pitches bringing up Jace Essig of the Brigade. Essig, who leads the Mid-Plains League in batting average with runners in scoring position, was poised to end this game in incredible fashion.

On a 2-2 pitch, Essig sent a line drive over the shortstops head walking it off and securing MVP in front of the hometown crowd in Junction City.

“I’ve been dreaming about moments like that since I was a kid,” Essig said. “Bases loaded, two strikes with a winning run on the line, it’s just a lifelong dream to fulfill one of those moments.”

In the game, Brigade catcher Gus Freeman led all Junction City players in hits with two while Kade Graff and Essig had a hit each.

The Brigade will now head into the playoffs where they are the number one seed and will see the winner of Baldwin City and Topeka starting on Friday for a three-game series. The winner of that series will play in the Cowdin Cup championship series starting Tuesday, July 27.

Since the Brigade is the top seed of the tournament, they will have homefield advantage throughout the playoffs and will play two of the three games of the series in Junction City if needed.