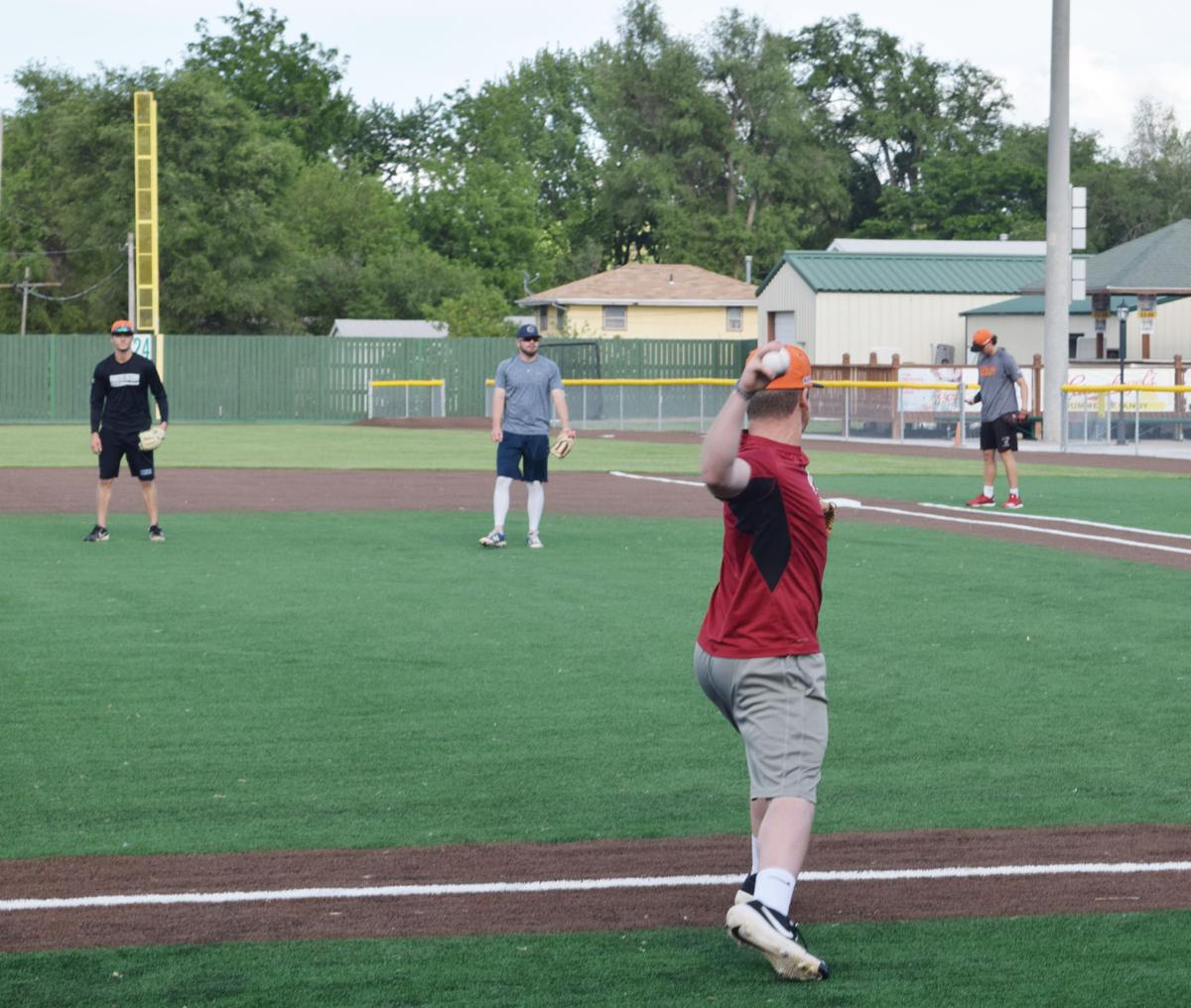 Junction City Brigade players get loosened up during their first practice of the season in preparation for Friday's season opener. 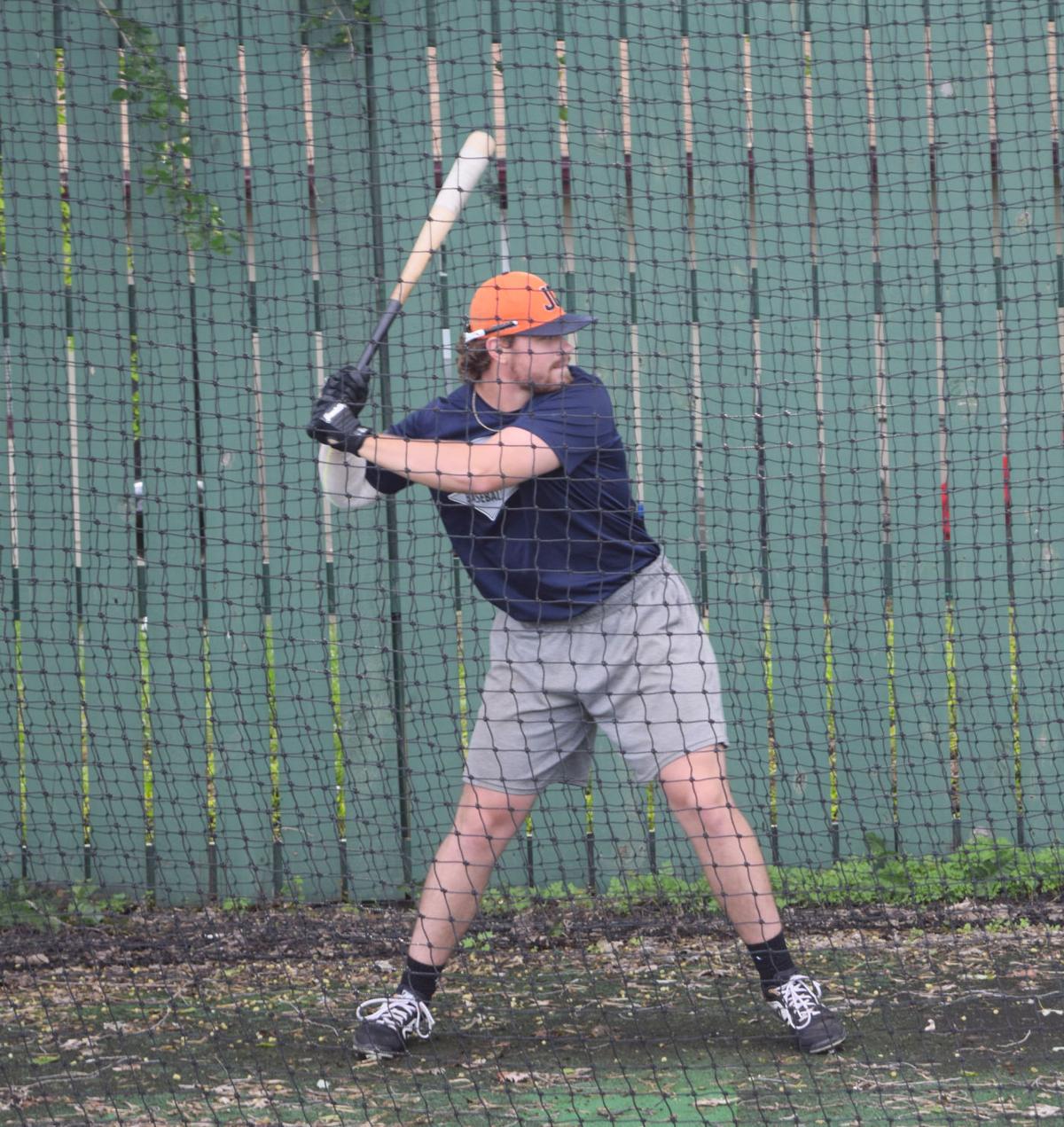 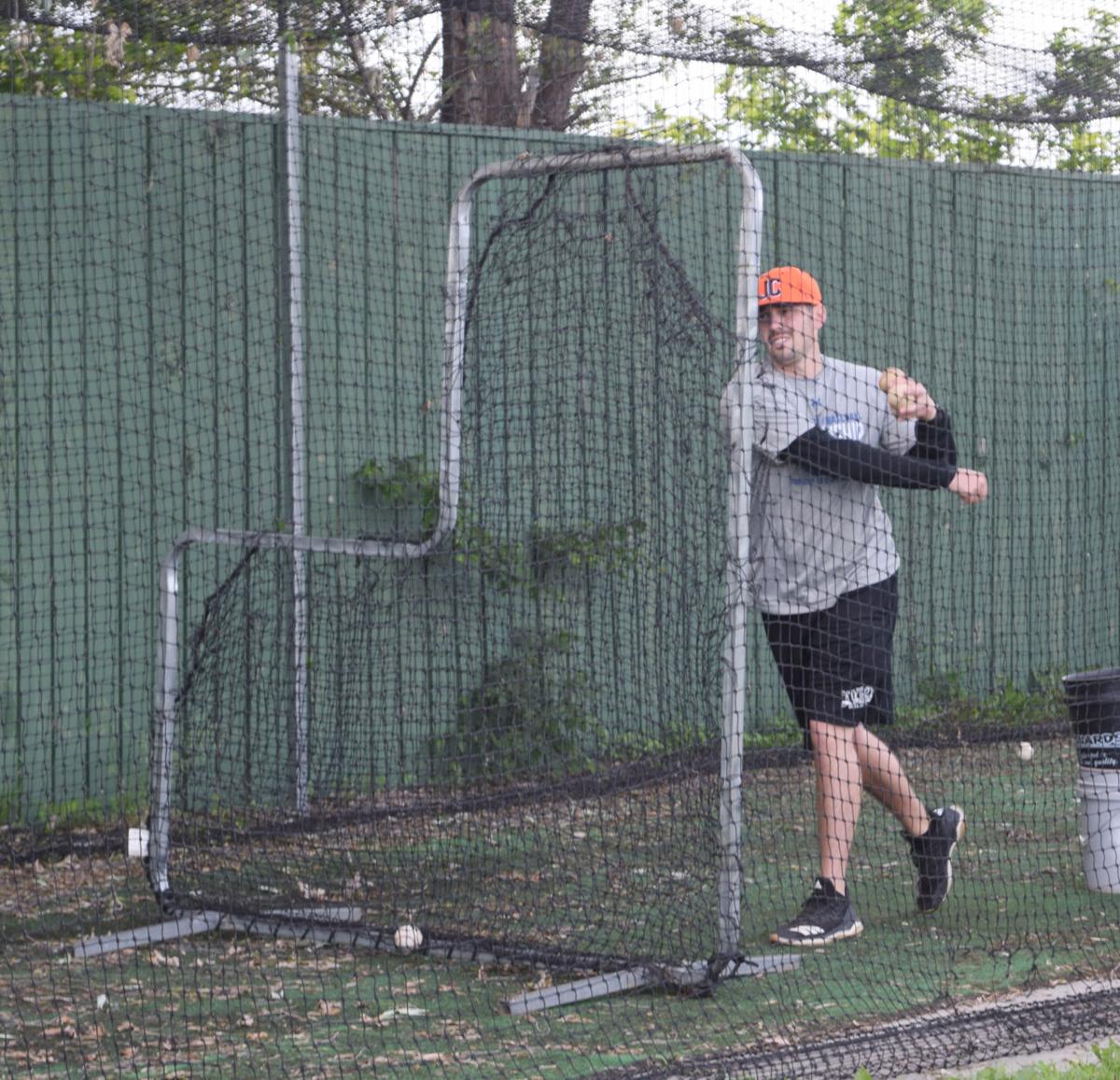 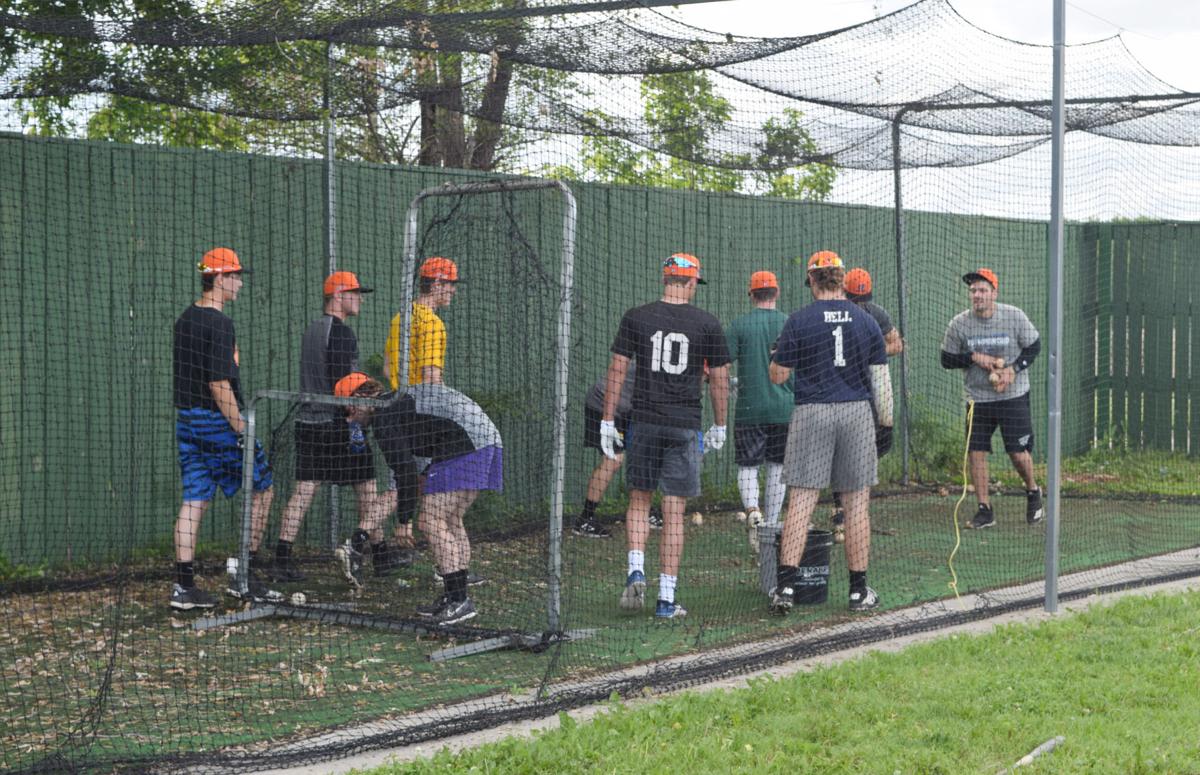 Wednesday’s practice was almost like a meet-and-greet session for Francis and a majority of the players who will be wearing ‘Brigade’ across their chests this summer. Half the team’s players still hadn’t arrived in Junction City, and the season begins Friday night when JC hosts the Kansas City Knights.

And the players won’t be the only new feature, as they will be playing on the newly renovated Rathert Field. With a new field and some new players, Francis is looking forward to another summer on the diamond.

“I think we have a chance to have a lot of success this summer,” Francis said. “The main thing is going to be to try to make these guys better baseball players. So that way when they go back to the same school they’ve been at, or a new school by transfer, they can go in there and get ready to compete in the fall. I am excited about the guys that have come in and the ones that are here. We only have about half a team right now, so once everyone gets in here I think we’ll have a chance to have some success.”

Though there is a lot of roster turnover, there will be some returning Cowdin Cup champions this season. Carson Sader is one of the key players returning for the Brigade, and he was in the running for player of the year last summer. The all star has not reported to the team yet because he is playing with Cowley College in the Junior College World Series. Two other vital pieces returning will be Trae McDaniel and Jake Steinbring. As far as the players he doesn’t know, Francis just has to go off what he’s heard from others until he sees what they can do on the field. That’s why the first couple practices before the Friday’s game are essential.

“It’s just kind of getting a feel of what these guys can do,” Francis said. “A lot of these guys I haven’t seen. You go by word of mouth and what people are telling you. And then you get the kids to sign up for summer and you just kind of feel them out for these couple days. Then once you see them in a game, you can kind of get a feel for what they can do. I think we have a group that can run a little bit; should be able to swing it. I’m anxious to see what we can do on the mound because you don’t really know. The good thing is it’s wooden bat, so if you just throw strikes you’ll have a chance. But on paper, I think we can run, we can hit. Have a brand new turf field now, so I think that should help us defensively. These next couple days we will really get a chance to see what we can do.”

Francis doesn’t believe there is a target on the Brigade’s back even though they are the defending champions, especially since the roster turnaround is so vast every summer. But there is a small chance there could be one, and they will just have to play their game on the field regardless. He feels that the league has an in-state rivalry potentially brewing.

“I think there’s somewhat of a rivalry between us and Topeka for sure,” Francis said. “It’s always fun when we get to play them. We’re playing them in four regular season games and hopefully we can meet up at some point in the postseason as well if we’re both fortunate enough to make it. But you know, maybe we do. I think they have some returners that probably want to beat us and win the league. We’ll have to see; I’m sure there will be some rivalries made throughout the season.”

With a lot of the players’ roles this summer being a mystery at the moment, Francis plans to experiment a lot in Friday’s game. The whole team won’t be there yet, but he will at least get some idea of where players belong in the lineup and in the field. Pitch counts will be made for the pitchers because he feels they haven’t picked up a baseball in some time. As the season progresses and he has more of a grasp on which guys can pitch more innings, pitch counts will be increased accordingly.

The Brigade has been the last team standing in 2014, 2016 and 2018. So if the championship pattern continued, they wouldn’t be at the top this season. But, Francis doesn’t believe in patterns in baseball.

“You want to try and win every game obviously, but I don’t look into the patterns too much,” Francis said. “The best team doesn’t always win; it’s the team that gets hot. It’s a little bit of a different format this year; we lost a team so the playoffs are a little bit different. It’s going to be somewhat of a grind to get there. You have a lot of regular season games, playing four to five times a week. It’s going to take some time to get used to that, especially after having some time off. It’ll be a little bit of an adjustment to get the body acclimated. It’ll be a lot of fun and maybe we do end up at the top in the end.”

The goal is ultimately to win each time out, but Francis doesn’t think that’s the only way to call a season successful. Putting on a good show and improving individual play are just as important.

“I think if the guys have fun and the crowd enjoys the style of baseball we play,” Francis said. “Obviously you want to win a championship, but I don’t think that makes it successful or not. If the guys have a good time, become better baseball players and the fans enjoy what we’re doing on the field — I think that’s a successful season.”