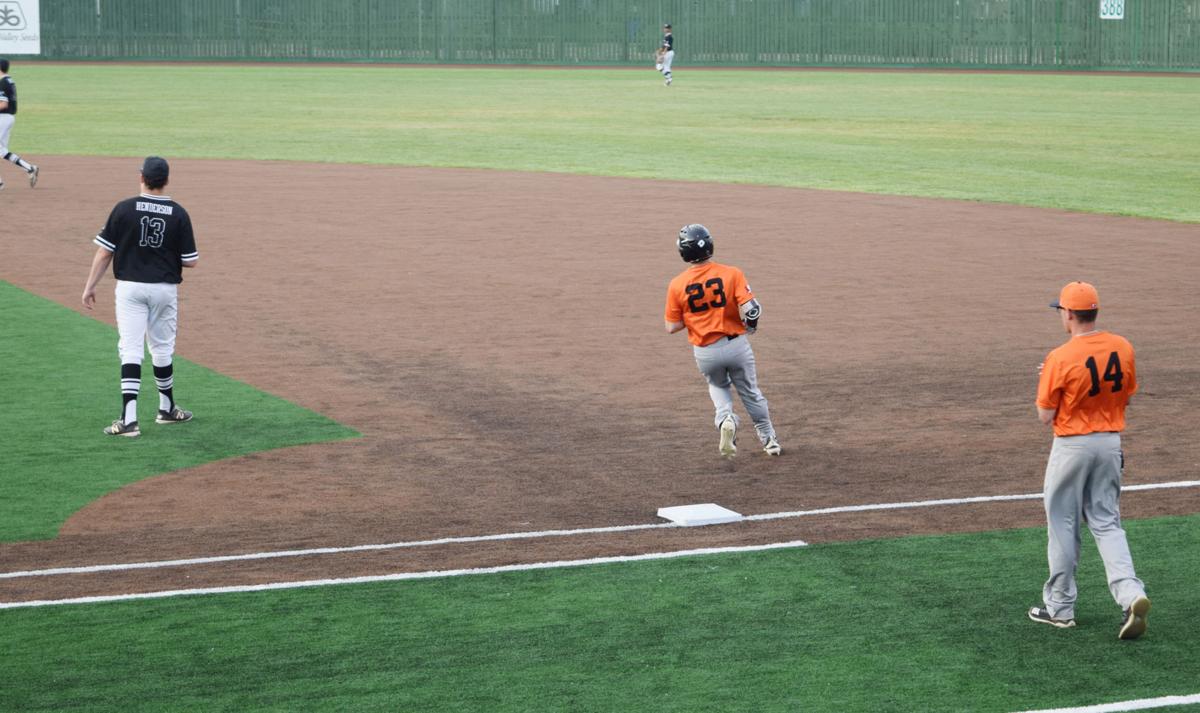 Ed Scott rounds first base after securing a base hit Thursday night. 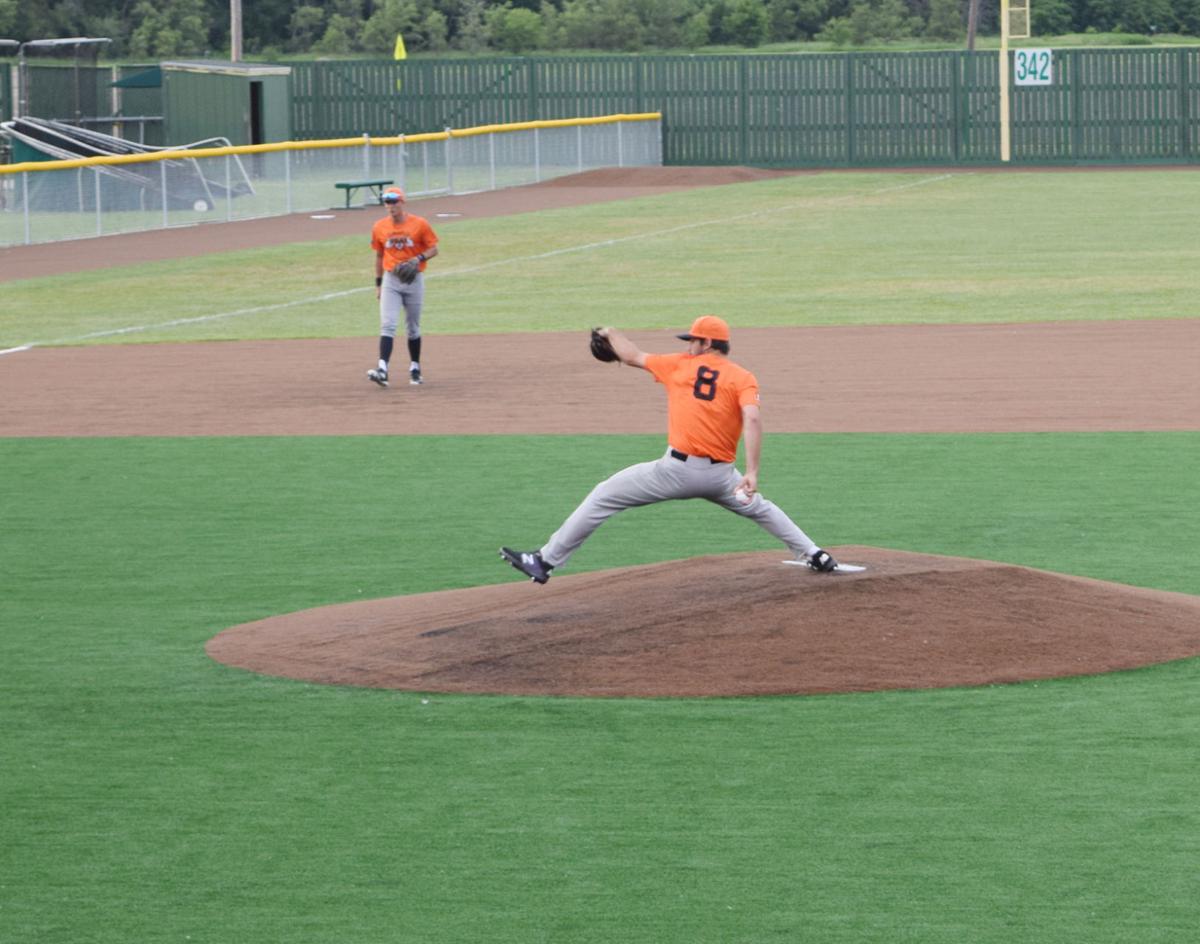 Head coach Derek Francis and the Junction City Brigade wanted to get some innings out of starting pitcher Jayton Haggard Thursday night. Haggard delivered by giving them six of them; six strong ones. It was a good enough outing to give the Brigade a win in the first game of three against The Barn Baseball Academy.

“He did what he needed to do,” Francis said. “He gave up a run in the first inning and then he just seemed to settle in. I thought he made some quality pitches throughout the game. They just found some holes in the first inning, found some barrels and that’s just the way it goes. We played some pretty good defense behind him and he gave us a good effort. We wanted to get some innings out of him and that’s what he gave us.”

Although a lot of their every-day players had the night off, the hot bats continued from top to bottom in the Brigade’s lineup. And an every-day player that was in the lineup continued to shine. Ed Scott hit in the three-hole Thursday night, and knocked in two more RBIs to add to his season’s total. His stellar play has been showcased at various hitting positions in the lineup, and his versatility is something that’s been incredibly valuable to the Brigade. This is just one reason why their offense has been so good this season, and put up 11 more runs in Thursday night’s win.

“I like the way we’re scoring runs; we can do some different things and can continue to put pressure on the other team,” Francis said. “Ed (Scott) has been good for us. I think he’s played in every game. He’s a very versatile guy that can hit anywhere in the order and get the job done. He handles the bat real well from both sides and got into another ball tonight and had a double that he ended up getting thrown out at third on. But, he’s been swinging the bat real well coming off an injury, a really good baseball player. All in all, I think our guys have had a pretty good summer so far.”

Four runs in the seventh inning made this game complete, with the 10-run rule going into effect. Blaze Brothers and Carson Zenger both received walks to begin and the inning and both swiped a bag, putting two runners in scoring position. Trae McDaniel got hit by a pitch two batters later to load up the bases. A Cooper Turpin walk brought home Brothers and Cooper Schlochtermeier knocked in a base hit to center field to make the game 9-1. Two more runs came in on a groundout and wild pitch to end the game in seven.

The Barn Baseball Academy will be in Junction City for two more games, and Francis hopes the guys can maintain this success over the weekend.

“We got these guys two more times, Friday and Saturday,” Francis said. “Hopefully we can come out here and just do the same thing again and then got a couple off days before we can get back into league play. So, we’ll use this to kind of tighten some things up and it’s a good experience for The Barn Baseball Academy as well. The game speeds up a little bit from high school to college, there’s no doubt about that. You saw it a little bit tonight where we’re playing at a little faster pace. But, I expect it to be a pretty decent baseball game tomorrow, then we’ll see what happens on Saturday.”