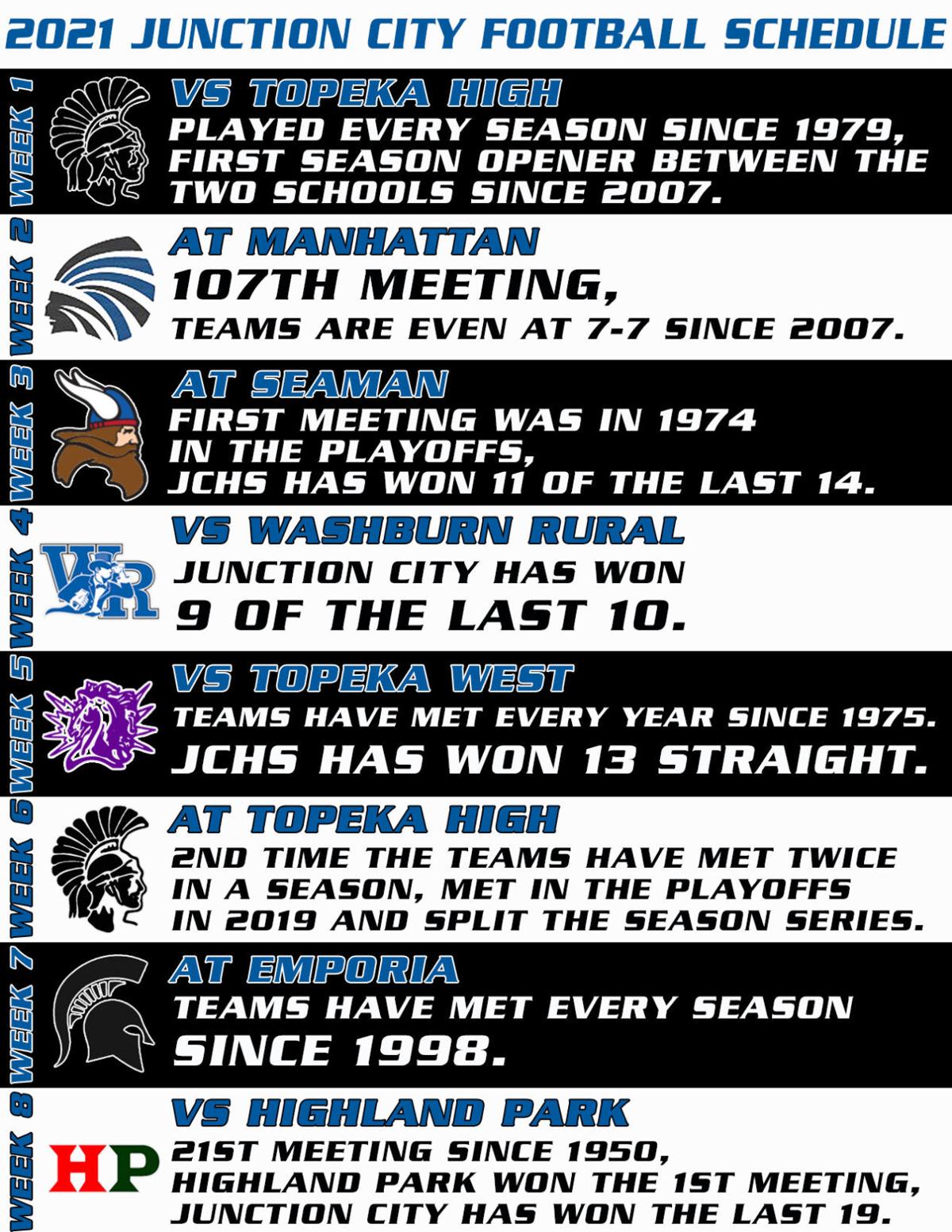 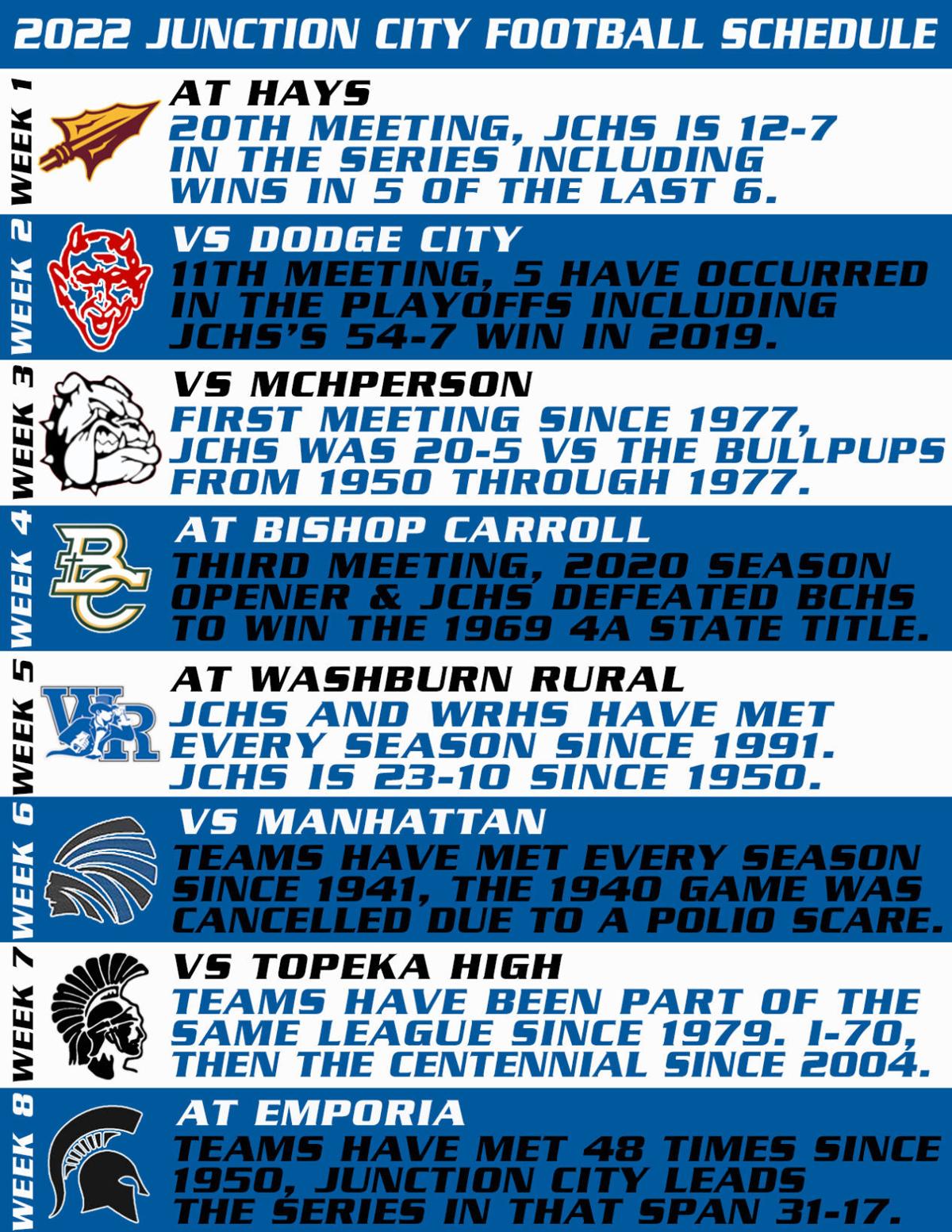 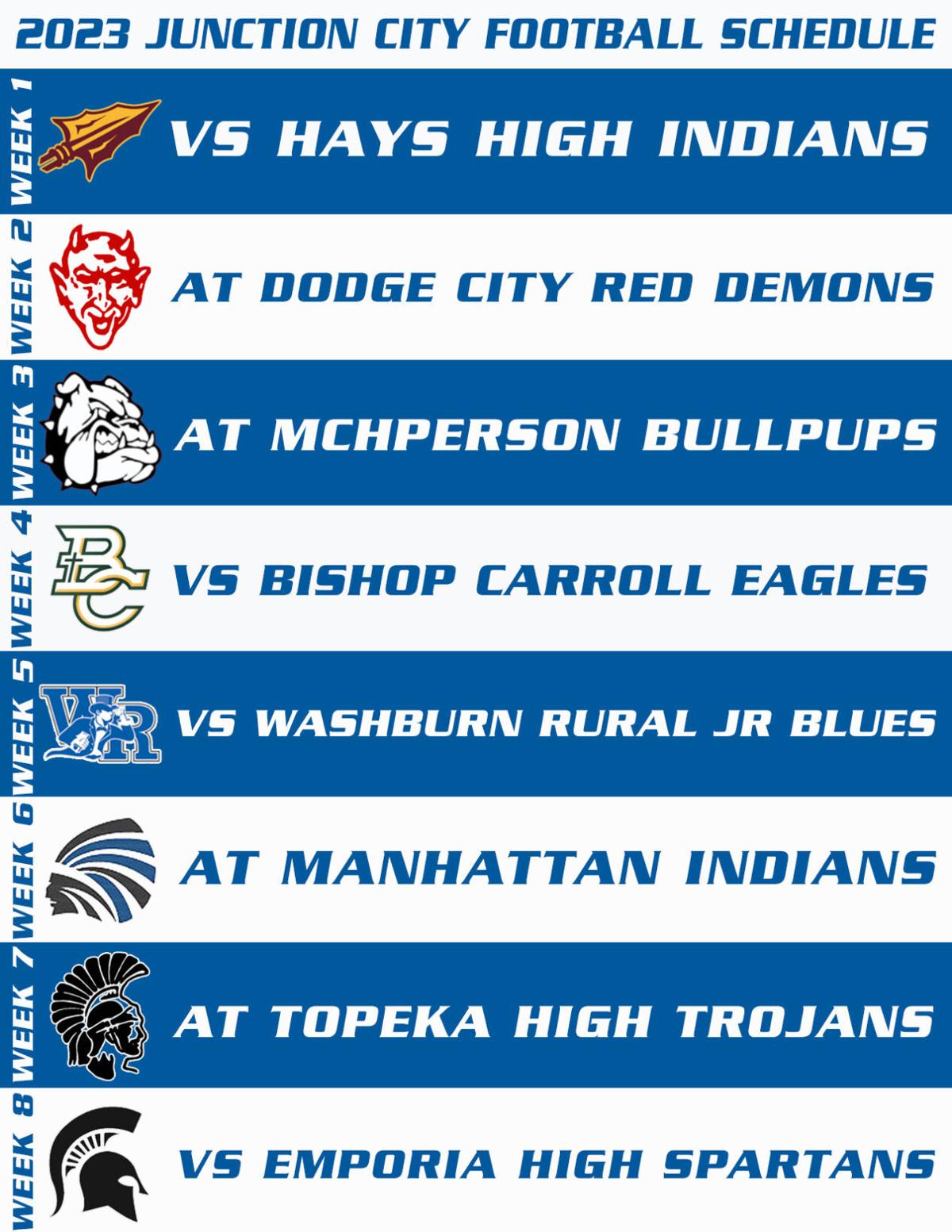 Next season, the Blue Jays will play a full slate of Centennial League opponents including a regular-season home-and-home with Topeka High which marks just the second time in school history that the teams have played twice in one season.

Other games include at Manhattan, at Seaman, Topeka West, at Emporia and Highland Park.

They’ll end their non-league schedule up with Bishop Carroll (home in 2022 and away in 2023) which is the third meet all time after the 2020 season opener and the 1969 4A State Title win.

Junction City will wrap things up both years with Centennial League foes Washburn Rural, Manhattan, Topeka High and Emporia before heading into the playoffs.