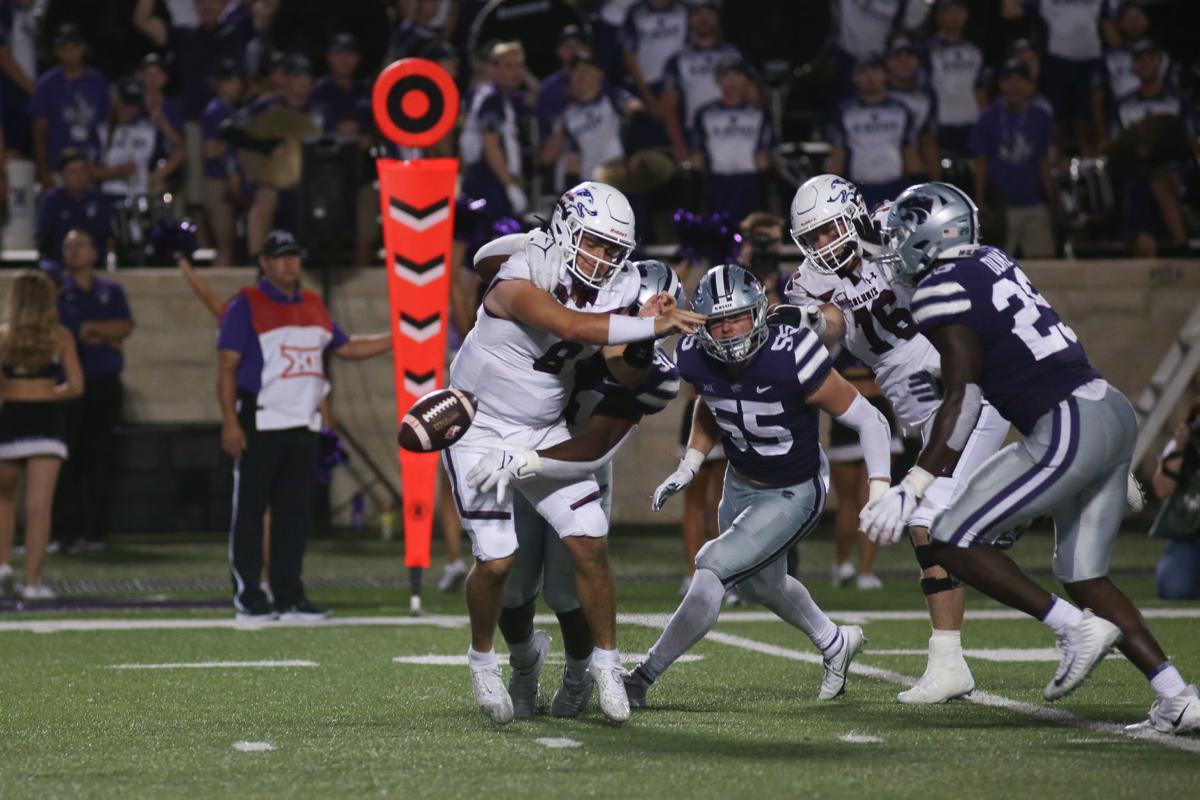 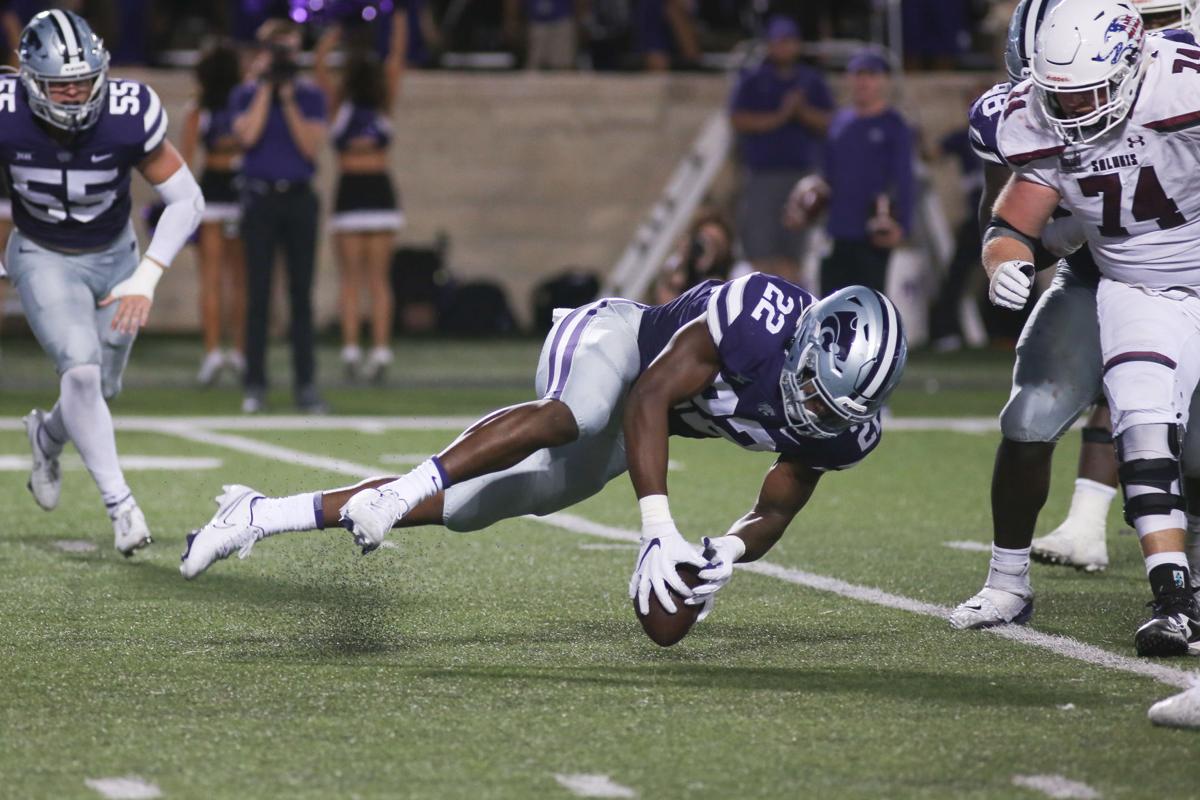 Kansas State linebacker Daniel Green (22) recovers a fumble after Southern Illinois’ quarterback Nic Baker (8) was stripped in the second half of Saturday’s 31-23 win. Green sat out of the first half of the game due to a targeting penalty during KSU’s season-opener versus Stanford.

Kansas State linebacker Daniel Green (22) recovers a fumble after Southern Illinois’ quarterback Nic Baker (8) was stripped in the second half of Saturday’s 31-23 win. Green sat out of the first half of the game due to a targeting penalty during KSU’s season-opener versus Stanford.

It was the kind of play normally seen on the floor at Bramlage Coliseum in the fall.

With 11 minutes left in the first quarter, Southern Illinois quarterback Nic Baker threw an incompletion. Or, at least, that’s what he and everyone else in Bill Snyder Family Stadium originally might have thought as the ball bounced off his intended receiver’s hand and cascaded toward the turf.

But it never hit the ground.

Instead, it found the sure hands of Kansas State senior linebacker Ryan Henington, who channeled his inner libero, “digging” the ball and preventing it from falling incomplete, while at the same time, popping the ball back into the air and into the hands of junior defensive tackle Jaylen Pickle, who just happened to be running by.

The play was one of many that the tenacious Kansas State defense made as it helped the team hold on for a 31-24 win at home on Saturday. A second-half shutout and two key strip sacks in the fourth quarter highlighted the defense’s performance on a night the offense struggled to find consistency.

After a strong start — holding SIU to just three points on its first three drives of the game — things turned sour for the K-State defense. Three straight turnovers (an interception and two fumbles) led to three Saluki touchdowns in the span of just three game minutes.

Southern Illinois scored touchdowns after both fumbles and took the interception back for six points, which put K-State in a two-point hole heading into the half. But even with that unpleasantness, the K-State defense only gave up 16 points in that second quarter.

They went on to pitch a shutout the rest of the way.

“In the first half, I feel like we weren’t as physical,” sophomore defensive end Felix Anudike-Uzomah said. “In the second half, we were playing for (injured quarterback Skylar Thompson) first of all, so we just wanted it harder. Then we just made plays.”

After a third quarter in which K-State’s offense held the ball for nearly 11 minutes between two drives and retook the lead from the Salukis, the Wildcat defense faced a fourth quarter that provided Southern Illinois multiple opportunities to retake the lead.

After missing a field goal on its opening drive of the quarter, Southern Illinois got the ball back nearly two minutes later, still trailing by just a point. That’s when the Wildcats’ pressure made its mark.

Anudike-Uzomah popped the ball from Baker’s arms, allowing junior linebacker Daniel Green (who sat during the first half Saturday’s game after his ejection for targeting in the second half of K-State’s season-opening win over Stanford) to scoop it up, ending the second drive of the quarter for the Salukis.

“We were able to get after the quarterback in the second half and that really was the difference in the game,” Klieman said. “(Baker) scrambled and kept plays alive in the first half, and in the second half, maybe our depth on the D-line wore them down a little bit.”

Two drives later — after a turnover on downs from Southern Illinois that led to K-State’s first touchdown of the second half — the visitors once again drove deep into Wildcat territory trailing by only eight points.

Anudike-Uzomah broke free and again poked the ball out of Baker’s hands, allowing senior defensive tackle Timmy Horne to recover it to ice the game.

“Felix, he’s a workhorse,” sophomore cornerback Julius Brents said. “That’s just effort. I see him make plays like that in practice on a consistent basis. ... He’s always around the ball.”

After nearly blanking Stanford last week, Saturday’s showing was the latest example of K-State’s defensive improvement after a rocky 2020 season.

“As a whole unit, we take pride in just doing everything we can to help this team win games, being there for the offense when they’re sluggish and vice-versa — just piggy-backing off each other,” Brents said. “We do strive for that. (We) just continue to do our best every single day.”