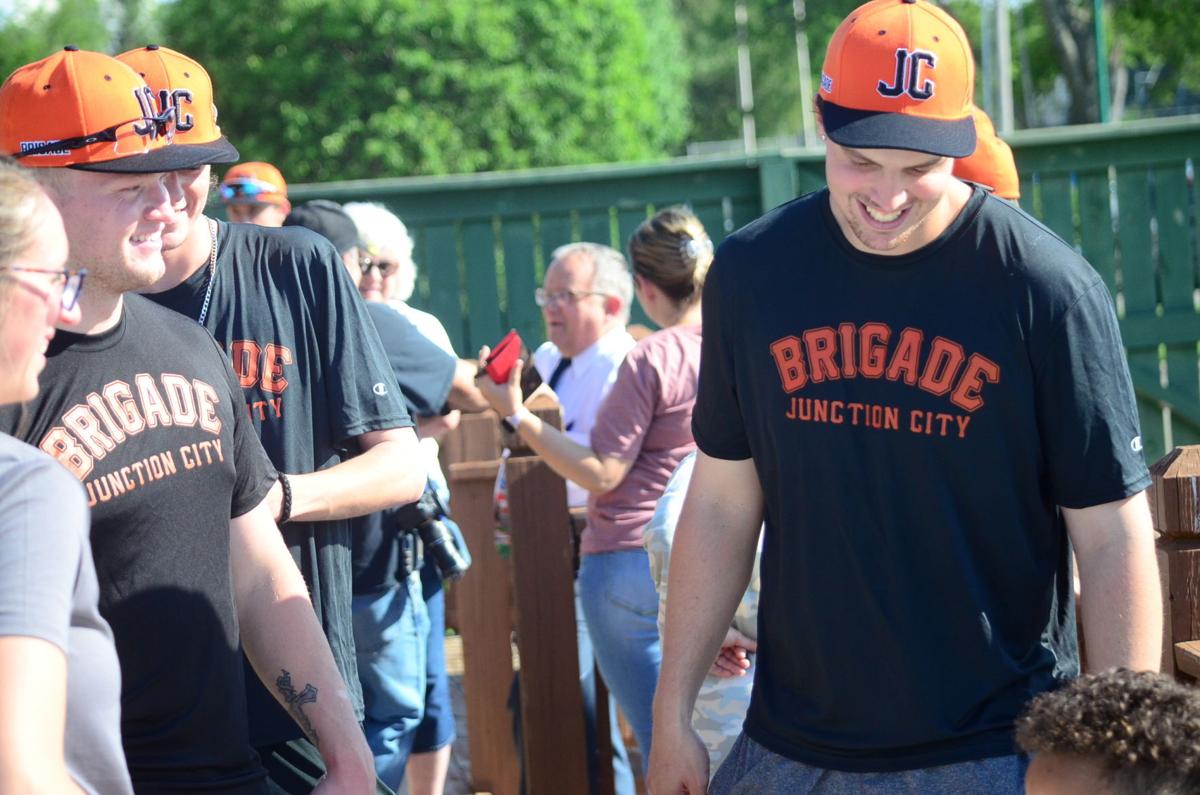 Brigade pitcher Kody Jones smiles while talking to a fan at the Brigade’s season opening meet-and-greet at Rathert Stadium on Wednesday. 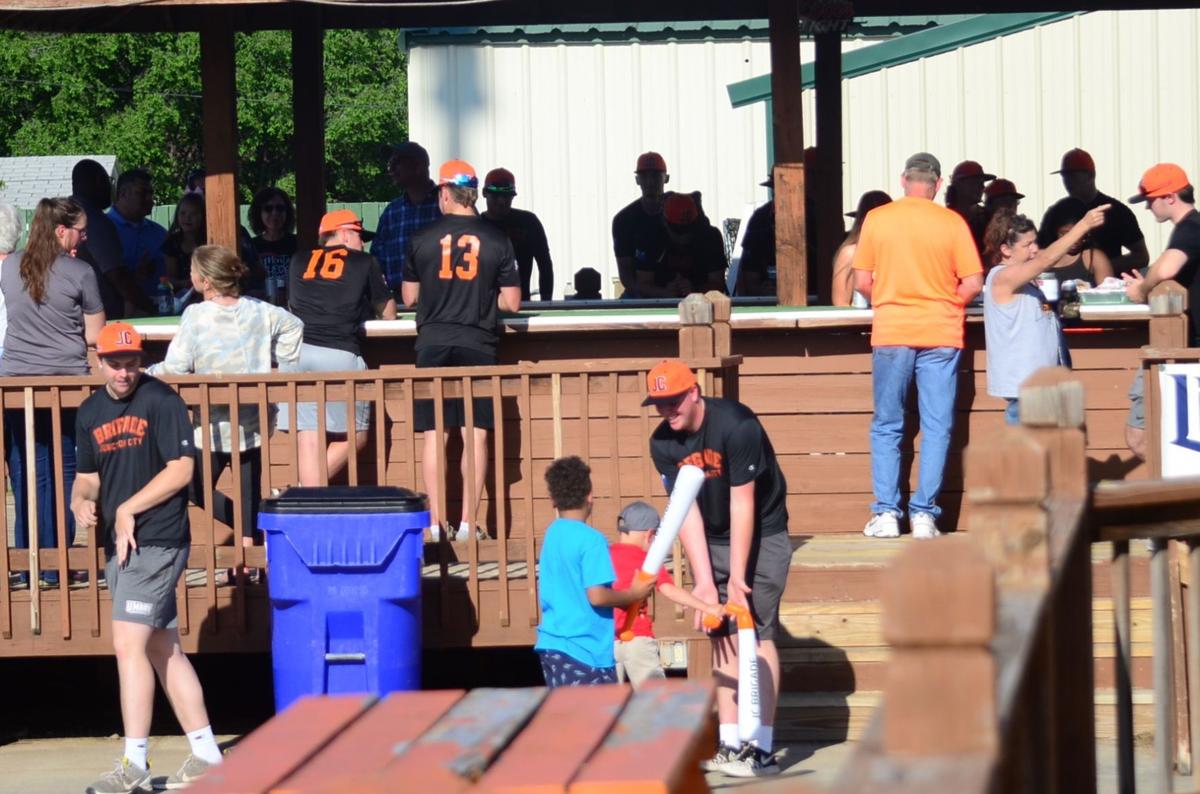 Fans gather at the beer garden at Rathert Field for the season-opening meet-and-greet on Wednesday.

Brigade pitcher Kody Jones smiles while talking to a fan at the Brigade’s season opening meet-and-greet at Rathert Stadium on Wednesday.

Fans gather at the beer garden at Rathert Field for the season-opening meet-and-greet on Wednesday.

After losing last year to Covid-19, the Junction City Brigade are back. On Wednesday, several scores of orange and black uniforms arrived at Rathert Stadium for the first time in two years to meet Brigade fans at the team’s annual meet-and-greet social at the stadium.

Last season, the Brigade assembled a full roster and was ready for them all to arrive in Junction City when they got word that their season was canceled.

Despite having to get everything back up and running though, getting players for this season was not difficult.

“The schools that we work with, they were anxious to try to get some normalcy back into the flow of things,” Brigade general manager Cecil Aska said.

Aska and first-year head coach Brandon Bachar, who was hired to coach the team last season, first reached out to players who had signed up to play for the Brigade last year to give them a chance to come back and after those spots were filled, they reached out to fill the remaining spots.

“I’m excited to see the whole team,” Bachar said. “The past two days have been fun to watch.”

Bachar is a native of Russell and played at Western Nebraska Community College and Emporia State and has been an assistant under former Brigade head coaches Seth Wheeler and Derick Francis at Emporia State.

Bachar has been through the summer league system as a player and knows the chaos that the player who arrived at their host family’s houses just two days before their first scheduled game on Thursday at Baldwin City.

“That’s how a lot of the summer league teams are,” Bachar said. “I know, as a player, it was weird for me at first but now it’s a lot harder as a coach because you’re trying to watch and evaluate everyone and you only get two days of practice to watch everyone before you open up. But I really believe in all of the guys that we brought in so I’m not too worried about it.”

And while the players were getting to know members of the community Wednesday evening, they also used that time to continue to get to know each other.

“It’s really weird because I only know about five guys’ names so far,” infielder Price Allman said. “It’s a lot of names to learn.”

Despite the abbreviated adjustment period for the incoming Brigade players, they’re just happy to be wearing a uniform and playing summer league baseball again.